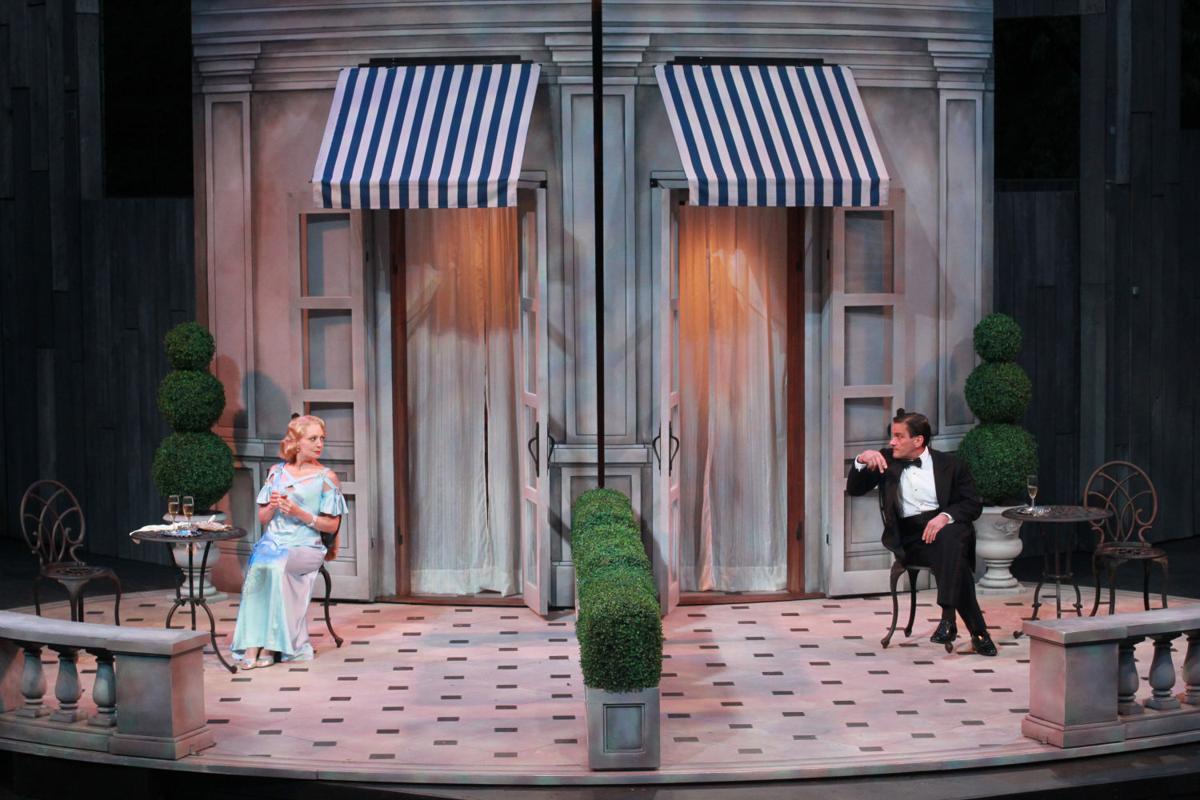 Featured is a scene from "Private Lives" on the stage of the Up The Hill Theatre. 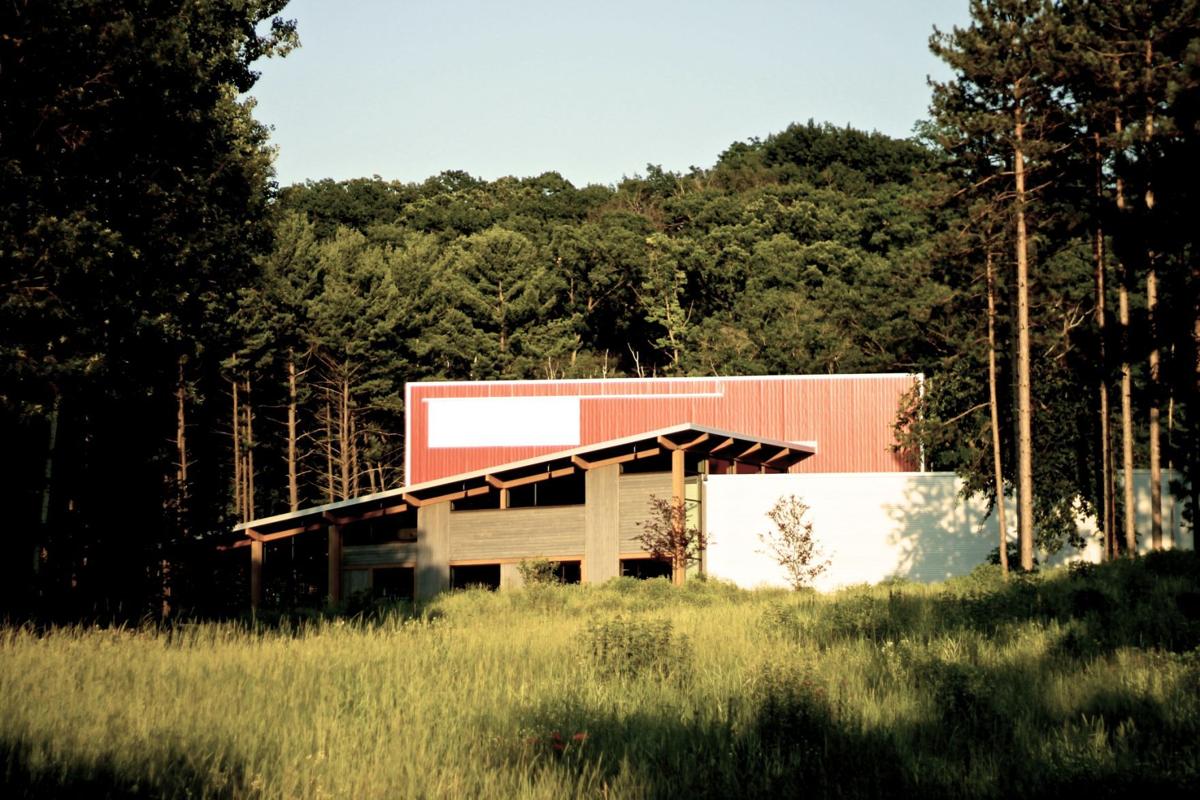 Pictured is the Touchstone Theatre on the grounds of American Players Theatre. 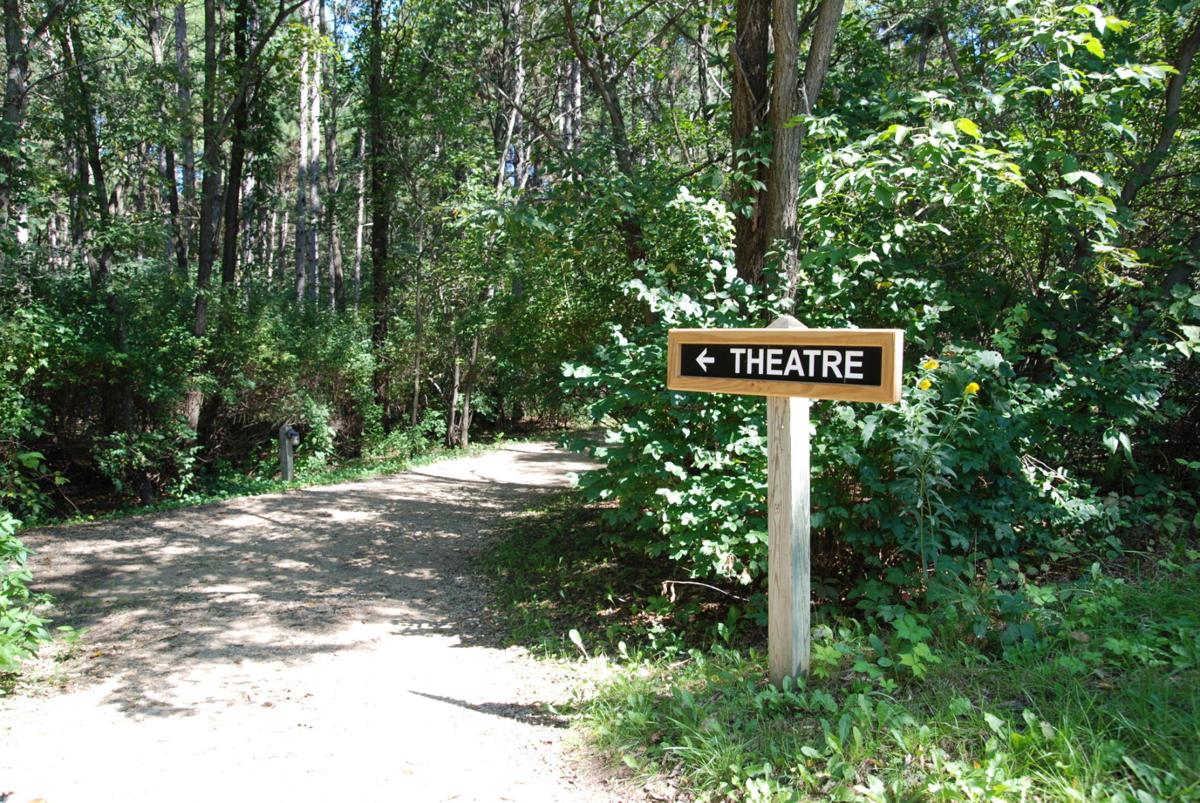 A sign pointing the way to the Up the Hill Theatre is seen by guests who walk the path through the woods to see a show at American Players Theatre.

Midwest theater fans have flocked to Wisconsin's American Players Theatre for the past three decades.

Celebrating its 36th anniversary season this year, the rustic American Players Theatre, near Spring Green, Wis., continues to offer a variety of works in its Up the Hill Theatre as well as The Touchstone Theatre.

Since its beginning, APT has put the spotlight on classic and Shakespearean productions with contemporary masterpieces mixed in for good measure.

Located in southwest Wisconsin, American Players Theatre sits on 110 acres and features the outdoor Up the Hill Theatre and the Touchstone Theatre, a 200-seat indoor venue, built in 2009. The Up The Hill Theatre seats more than 1,000 audience members.

Known as one of the United States' most alluring regional theaters, more than 100,000 people visit the theater annually.

"With American Players Theatre, first and foremost, we want to be able to continue to tell classic stories to as many people as possible," said Sara Young, director of communications for APT.

Young said visitors who come to APT are quite taken by the surroundings as well as the eclectic work that's produced on the stage.

"There's something about being out in the middle of the woods and out in nature that lends itself to seeing classic theater," she said.

When established nearly 40 years ago, American Players Theatre was started as a way to put Shakespearean works in the spotlight. The professional equity theater's founders were Charles Bright, Randall Duk Kim and Anne Occhiogrosso. As time progressed, other classic works and contemporary pieces were added to the venue's playlist.

Any theater fan who visits APT will find that it's definitely a multisensory experience with the sights, sounds and aroma of the outdoors and the wooded surroundings adding to the overall theatrical experience.

Young said visitors come from a variety of places to enjoy the live intimate theater experience at APT. Fans travel from not only the surrounding southeast Wisconsin communities but from the Chicago area, Northwest Indiana and other states.

When it comes to the group of actors, actresses, directors and other creative theater personnel, Young said in the core company, there are many that hail from Chicago.

"We tend to have a special relationship with Chicago," she said, adding many of the city's esteemed directors have had experience at APT.

This season, Chicago's William Brown directed "A Streetcar Named Desire" at APT. Brown is an associate artist at TimeLine Theatre in Chicago and a resident director at Writers Theatre in Glencoe, Ill. He's also directed a number of plays for Indiana Repertory Theatre and has directed "A Christmas Carol" at The Goodman Theatre.

Other directors with some Chicago ties working at APT this season are James Bohnen and Derrick Sanders.

Young said APT Artistic Director Brenda DeVita has been working to have more cultural diversity in the cast and in the works presented at the theater.

Derrick Sanders, director of "The Island," is also the founding artistic director of Congo Square Theatre Company in Chicago.

APT personnel are looking toward the future with a new initiative called The Great Stage. There are plans to rebuild the Up The Hill Theatre in 2017, and Young said they've already started to raise money for that campaign. Other changes planned include improving sight lines, acoustics and the lobby area as well as remodeling and upgrading the backstage areas.

Banksy shares video of him creating his latest artwork

Movies in a Minute: "Raya and the Last Dragon"

Movies in a Minute: "Raya and the Last Dragon"

The 5 best Netflix originals coming out in March

The 5 best Netflix originals coming out in March

Louder Than A Bomb (LTAB) is considered the largest youth poetry festival in the world. The event, presented by Young Chicago Authors, is scheduled to run through April 24.

Long before she became a Tony Award-winning choreographer, Ann Reinking waited tables to save up enough money to move to New York City. She ar…

Performers from the Region and the general Chicago area are currently presenting a variety of productions via Zoom, websites and other online avenues.

Louder Than A Bomb (LTAB) is considered the largest youth poetry festival in the world. The event, presented by Young Chicago Authors, is scheduled to run through April 24.

A new work titled "Interim Avoidance" is a digital dance display starring six members of The Joffrey Ballet showing at 150 Media Stream. This moving installation is produced by the new company Action Lines.

Featured is a scene from "Private Lives" on the stage of the Up The Hill Theatre.

Pictured is the Touchstone Theatre on the grounds of American Players Theatre.

A sign pointing the way to the Up the Hill Theatre is seen by guests who walk the path through the woods to see a show at American Players Theatre.