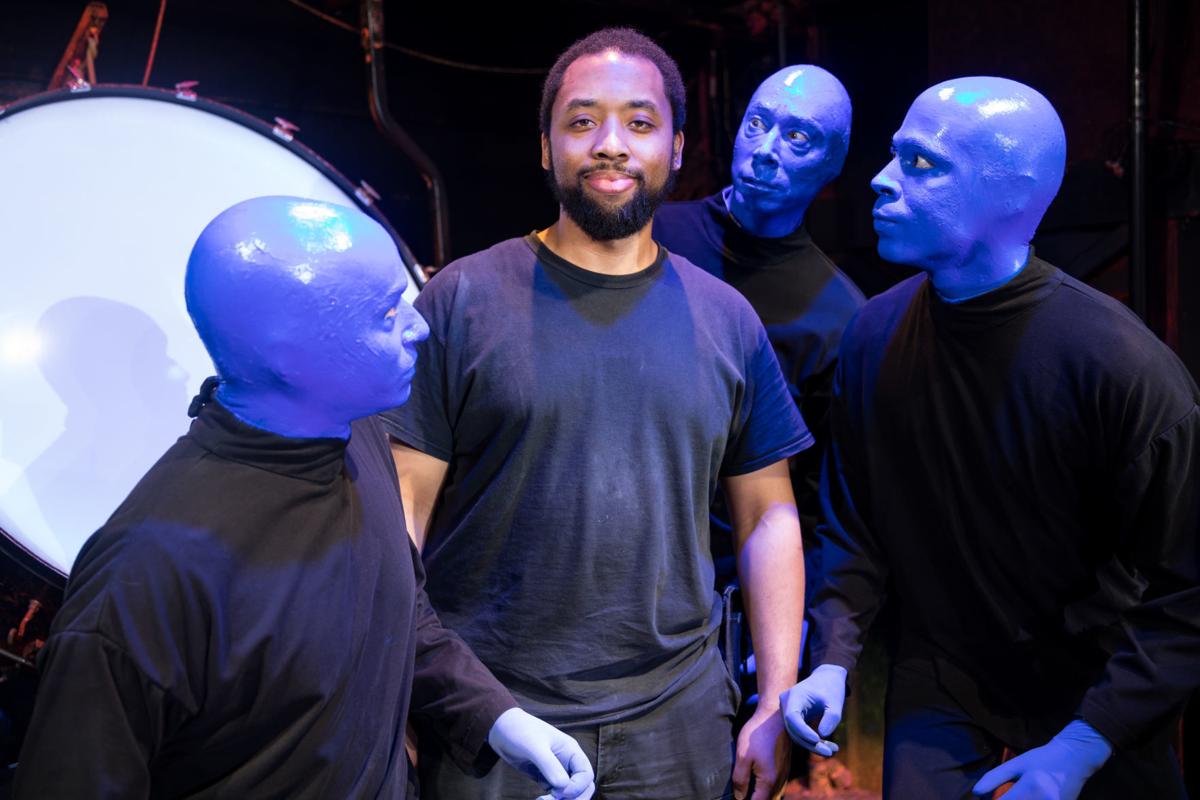 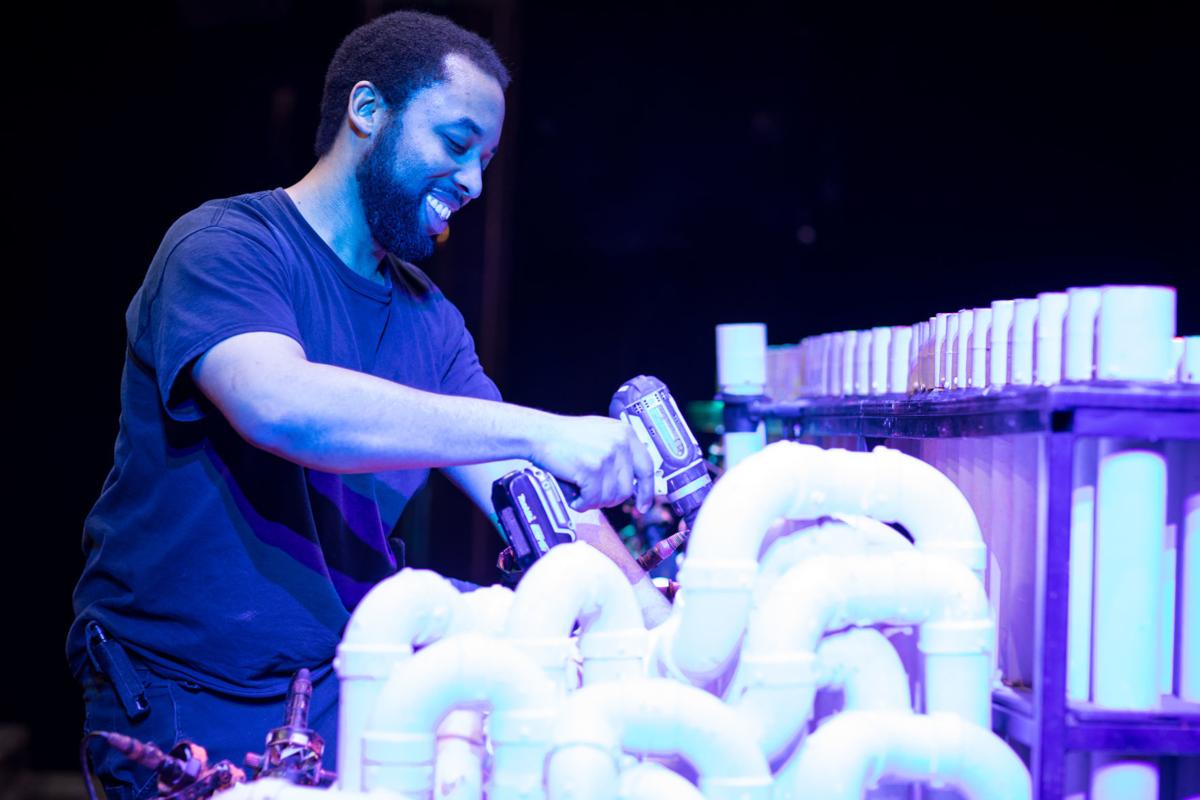 Willie Winters works on pipes on the Blue Man Group set in Chicago. 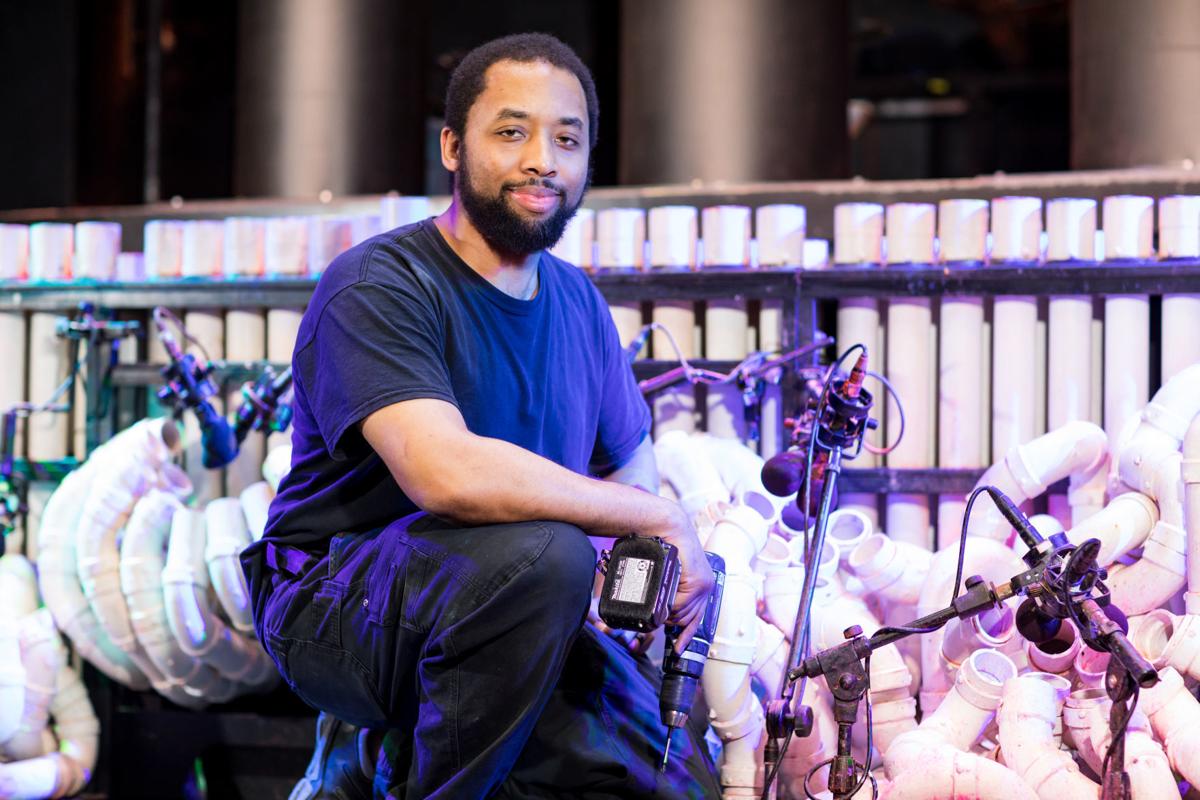 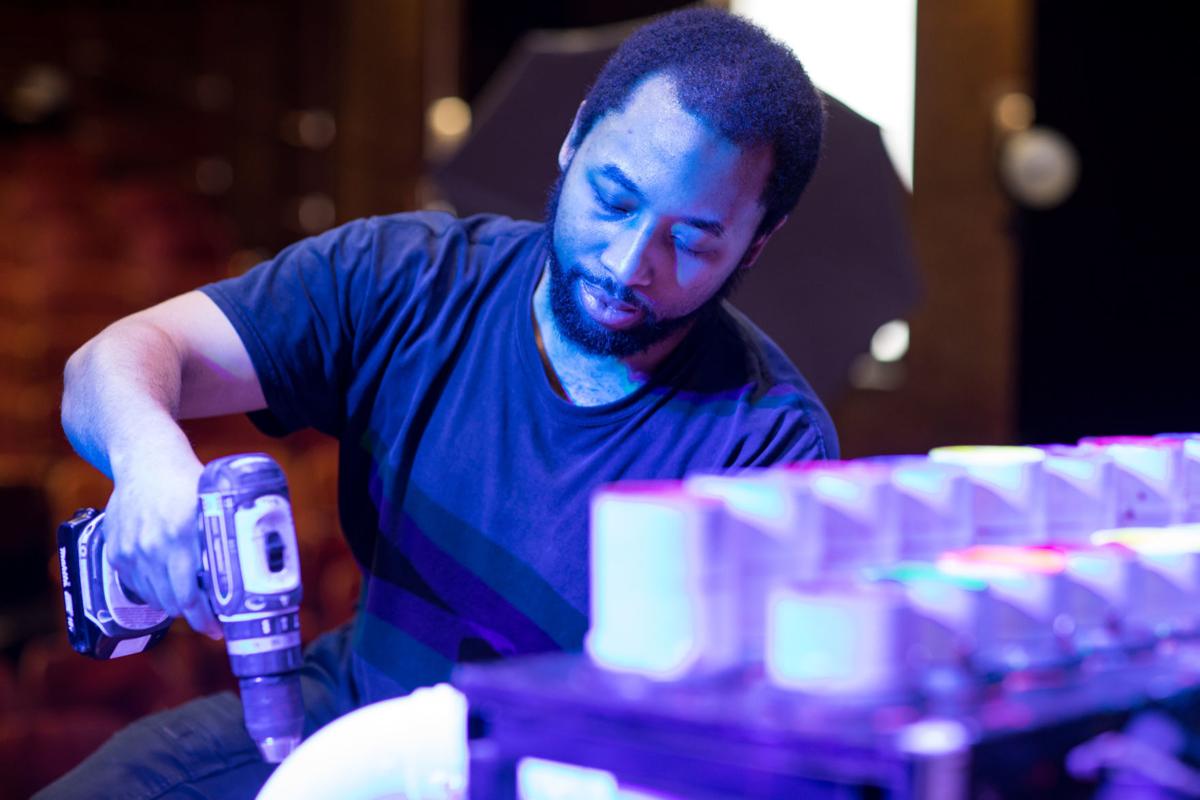 CHICAGO — Willie Winters has always been enamored of the theatrical arts in one form or another.

The Gary native began dabbling in the behind-the-scenes workings of theatrical productions as a high school student. Then in college at Indiana State University in Terre Haute, while pursing a bachelor's degree in business and theater technology, he delved further into the craft.

These days, Winters helps keep Chicago's Blue Man Group moving as carpentry supervisor for the production, which continues in an open run, at Briar Street Theatre.

"My interest in carpentry goes all the way back to Gary's West Side Theatre Guild. I started working with Mark Spencer (the theater guild's director)," Winters said.

Winters did a variety of work at West Side Theatre Guild, including sound, lighting and rigging. Prior to coming to Blue Man Group in 2010, Winters worked as a stage hand for various touring shows.

As carpentry supervisor for Blue Man Group, one of the most popular shows in the theatrical world, Winters is in charge of maintaining and keeping the set, props and other stage materials in working order. He works with one other carpenter.

"There are many elements that move in the show," Winters said. "We do many safety checks and help take care of the set."

While the set and other elements in the show have been designed by a main creative team with the production, Winters said that whenever a new Blue Man Group show goes into a new theater, sometimes things have to be modified to fit each specific space. That's one of the areas the carpenters must work with at every performance space.

Winters said it can sometimes be challenging to fit different elements into each venue.

"Because you're coming in after something has been built, you have to look at everything," he said.

He also has to be mindful of the performers.

"We have to look at (our work) as a performer. We  have to check in with them to see how different fixes work for them," he said.

Winters said there are "open lines" of communication between him and the Blue Men.

Audience members entering Briar Street Theatre for a "Blue Man Group" performance will immediately feel immersed in the theatrical experience even before it actually begins.

The theater's lobby and even restrooms are filled with the sights and sounds of the production. Bright, colorful decor and Blue Man music and sounds filter throughout the venue.

"Blue Man Group" got its start in New York by friends Chris Wink, Matt Goldman and Phil Stanton. The first performance was held in 1991 at New York's Astor Place Theatre. The percussive/performance art show opened in Chicago at The Briar Street Theatre in 1997.

Winters, who now lives in Chicago, is married to Kourtney.

As a viewer of the show, Winters said he enjoys the Blue Man Group production.

"I like the unique theatrical aspects of the show. It's live music and theater at the same time. ... The show is different from any other show I've been to and it's always interesting to hear," he said, referring to the dramatic percussive element of the production.

Fans of the 1999 movie "Cruel Intentions" can now secure a ticket to a live production based on the movie.

'Cruel Intentions' brings on laughs and hit songs in Chicago

Theatergoers interested in songs from the 1990s will enjoy a lively show now gracing the Chicago stage.

John, Paul, George and Ringo will come together on the Chicago stage once again courtesy of Rain.

"Mamma Mia" is gracing the stage at Drury Lane Theatre in Oakbrook.

'Tap Dogs' to heat up the stage in Chicago

No lack of energy in 'Tap Dogs' production

Dance and percussion fans shouldn't miss "Tap Dogs" while it's in Chicago.

Willie Winters works on pipes on the Blue Man Group set in Chicago.