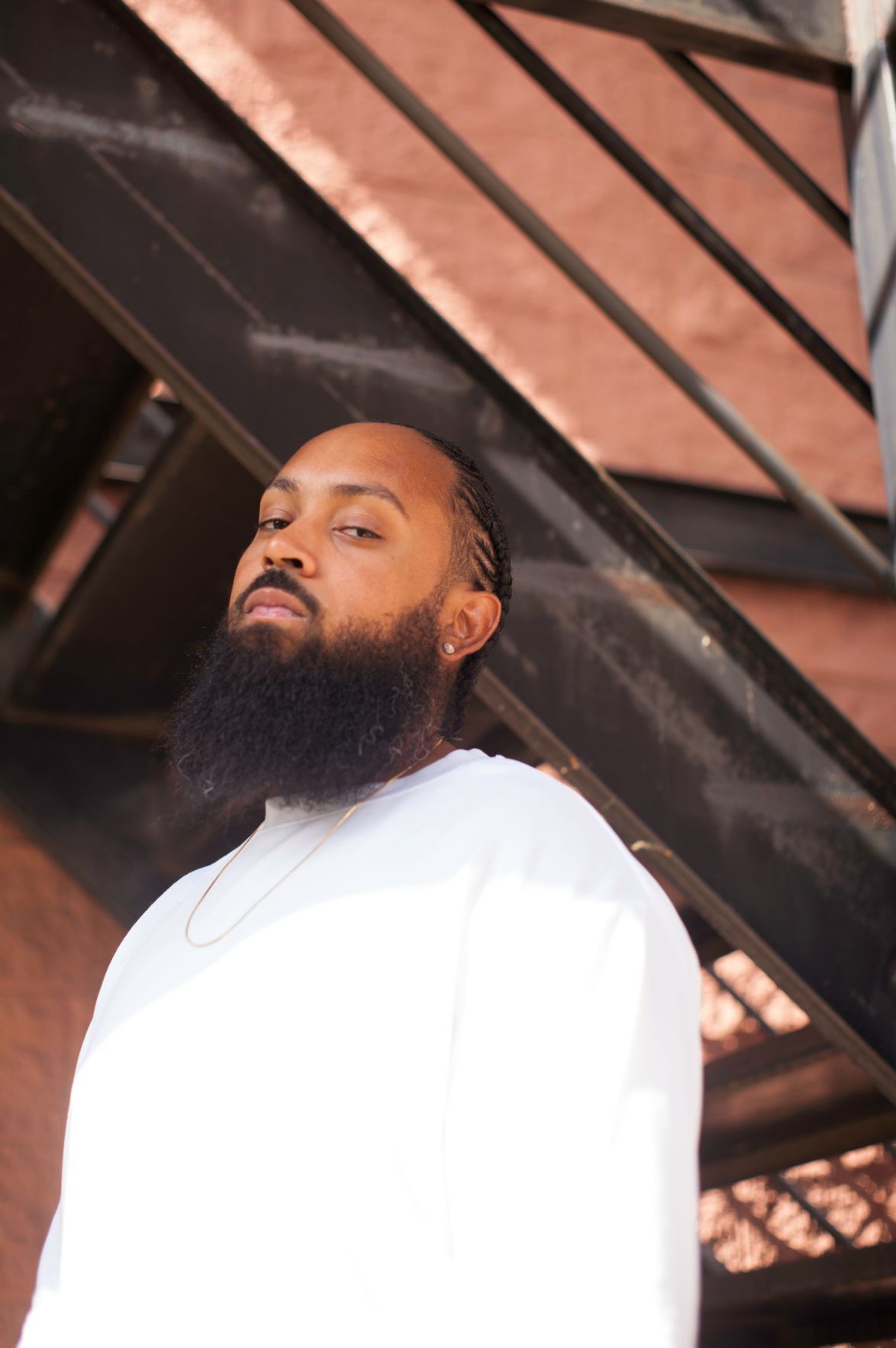 Demetrius Amparan, donor relations manager for Young Chicago Authors, is a past winner of Louder Than A Bomb Youth Poetry Festival. 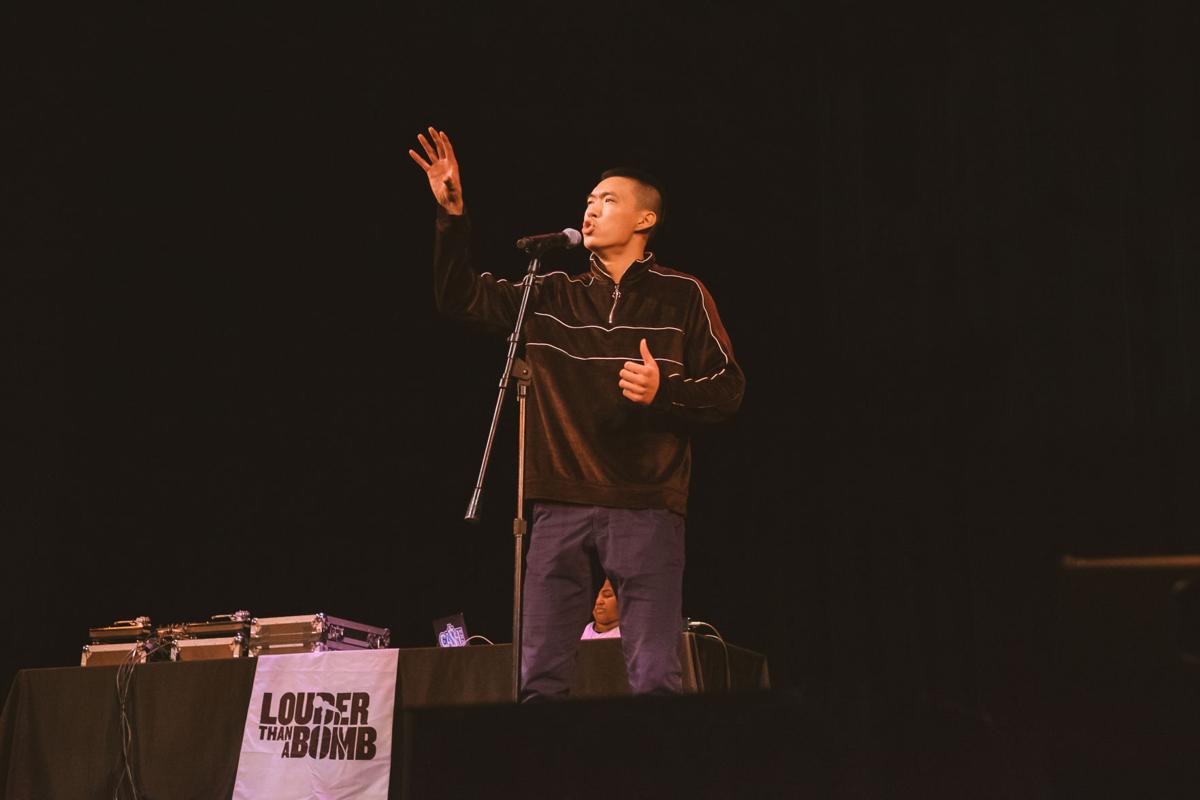 A poet performs his work at a past Louder Than A Bomb poetry festival. 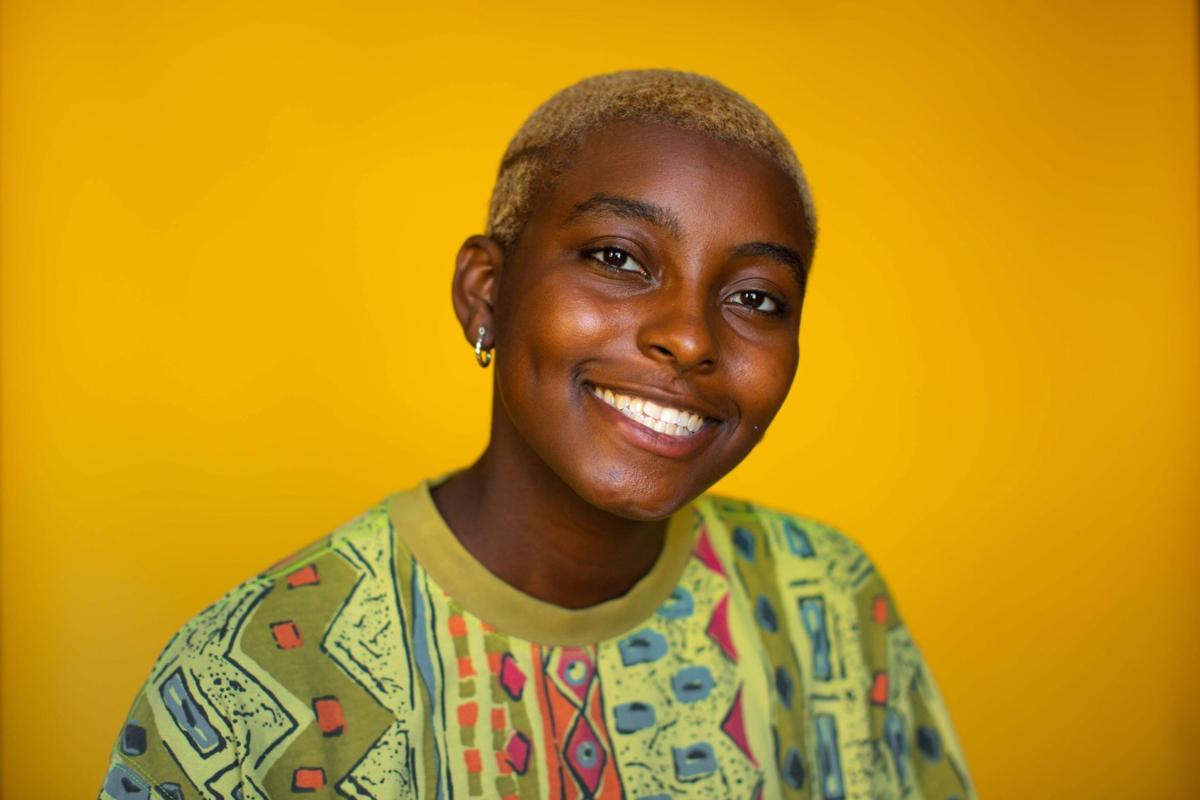 Nilah Foster won the 2020 Louder Than A Bomb. 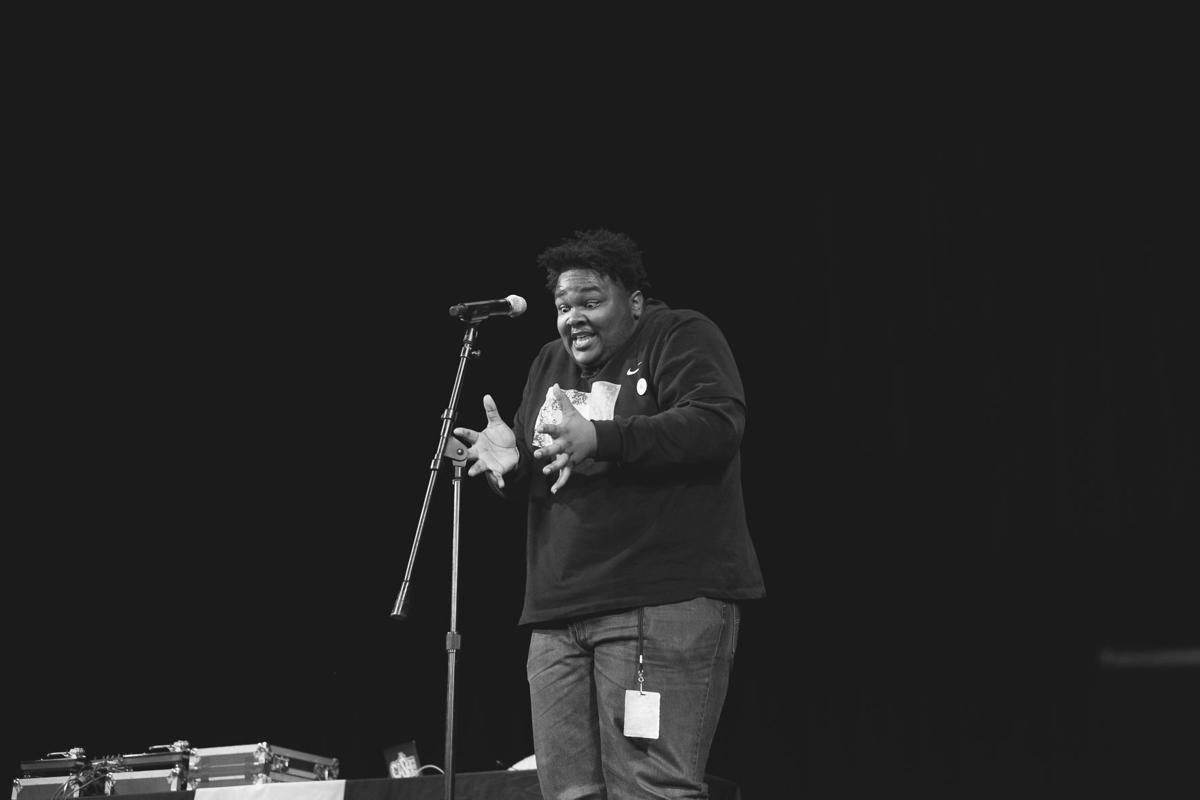 A young poet offers a humorous performance at a previous Louder Than A Bomb festival. 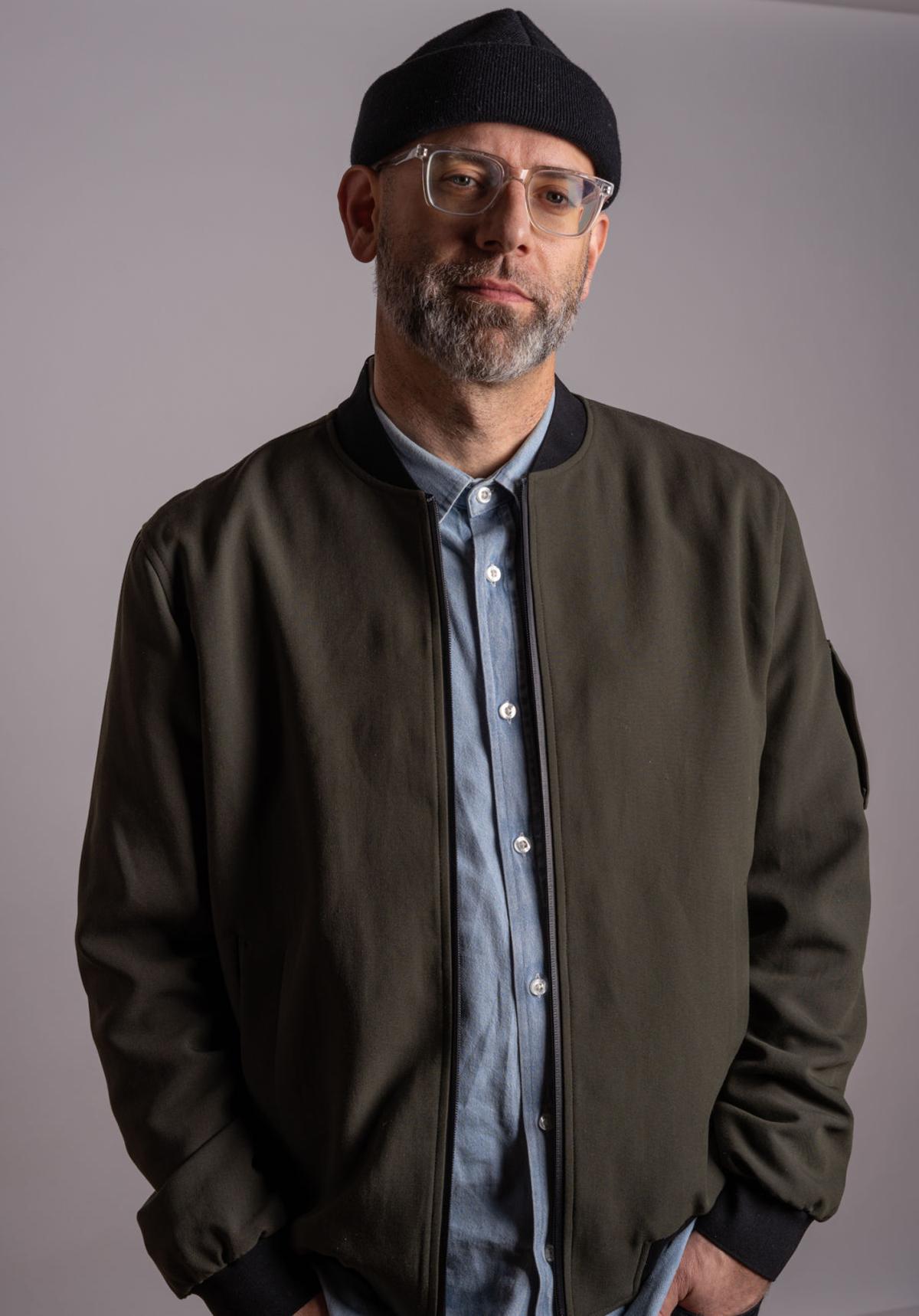 Kevin Coval is the founder of Louder than a Bomb Youth Poetry Festival.

The voices and ideas of young Chicago area and Region youth will be in the spotlight beginning March 13 during Louder Than A Bomb youth poetry festival.

Louder Than A Bomb is considered the largest youth poetry festival in the world. The event, presented by Young Chicago Authors, is scheduled to run through April 24. This year as it celebrates its 21st anniversary, LTAB will have a virtual platform once again. The 2020 event was also virtual.

"We encourage young people to sign up with their school and compete as a team," said Amparan, who is a graduate of Valparaiso University. The registration period for entering the fest concluded last week.

Individual poets and teams participate in everything from competitions and workshops to battles and bouts with their original poetic works.

Amparan, who won Louder Than a Bomb in 2008, said it's always interesting to see what the young poets have on their minds.

"There are a range of topics," Amparan said, explaining that the youth involved pour their hearts into their work. Topics include commentary on "what equality looks like" and "things they want to change," Amparan said.

When Amparan competed in Louder Than A Bomb, he said it was a life-changing experience, in a sense.

"It changed the whole trajectory of where I thought my life would go," he said.

Amparan, who is also a musician, majored in sociology and public relations/marketing at Valparaiso University. He grew up on Chicago's South Side and attended Morgan Park High School. Amparan, who also lived in Northwest Indiana for awhile, has family members who reside throughout Chicago and Northwest Indiana.

He said he's long seen the "similarities" between poetry and music. Through poetry, Amparan said, "people listen to your voice. A voice can hold power."

The appearance of young female poet Amanda Gorman at the Presidential Inauguration this year was significant, Amparan said.

"Everyone stopped and listened to that young woman speak," he said.

Young Chicago Authors' artistic director Kevin Coval founded Louder Than A Bomb in 2001 with Anna West and a group of educators.

According to Coval, “Poetry in its best lived practice is a radically democratic form, and really believes in the notion that regardless of who you are and where you come from, you have something to say.”

Amparan said when LTAB was founded, society was in an uncertain state in 2001, as it was founded "after the towers had fallen." Many other societal changes were happening and he said Coval thought the poetry festival would be a good way for the youth to comment and talk about the things that were happening around them.

"Louder Than A Bomb has created pathways for young people to honor their strength," Amparan said.

"And this year is going to be a very important year. Young people have suffered tremendously. They have so many things to say."

While a majority of the students and poetry teams in LTAB are from the Chicago area, Amparan said Merrillville High School has had poets competing in the past.

"My dream is to bring in a lot more schools from Northwest Indiana," Amparan said.

Amparan said this year people will have the opportunity to vote for their favorite poets to determine a winner. All poetry will be seen in pre-recorded videos which have been submitted by the artists. Semi-final performances will stream April 9-10 while team finals will be at 6 p.m. April 24 at YouTubeLive and at the Young Chicago Authors website at youngchicagoauthors.org. Viewing is free.

FYI: Visit youngchicagoauthors.org for more information on the festival.

Clapping for members of creative team

Applause for the understudies

The exhibit "Work, Fight, Give!: Fighting from the Homefront" continues through April 12 at South Shore Arts gallery at The Center for Visual and Performing Arts.

Demetrius Amparan, donor relations manager for Young Chicago Authors, is a past winner of Louder Than A Bomb Youth Poetry Festival.

A poet performs his work at a past Louder Than A Bomb poetry festival.

Nilah Foster won the 2020 Louder Than A Bomb.

A young poet offers a humorous performance at a previous Louder Than A Bomb festival.

Kevin Coval is the founder of Louder than a Bomb Youth Poetry Festival.