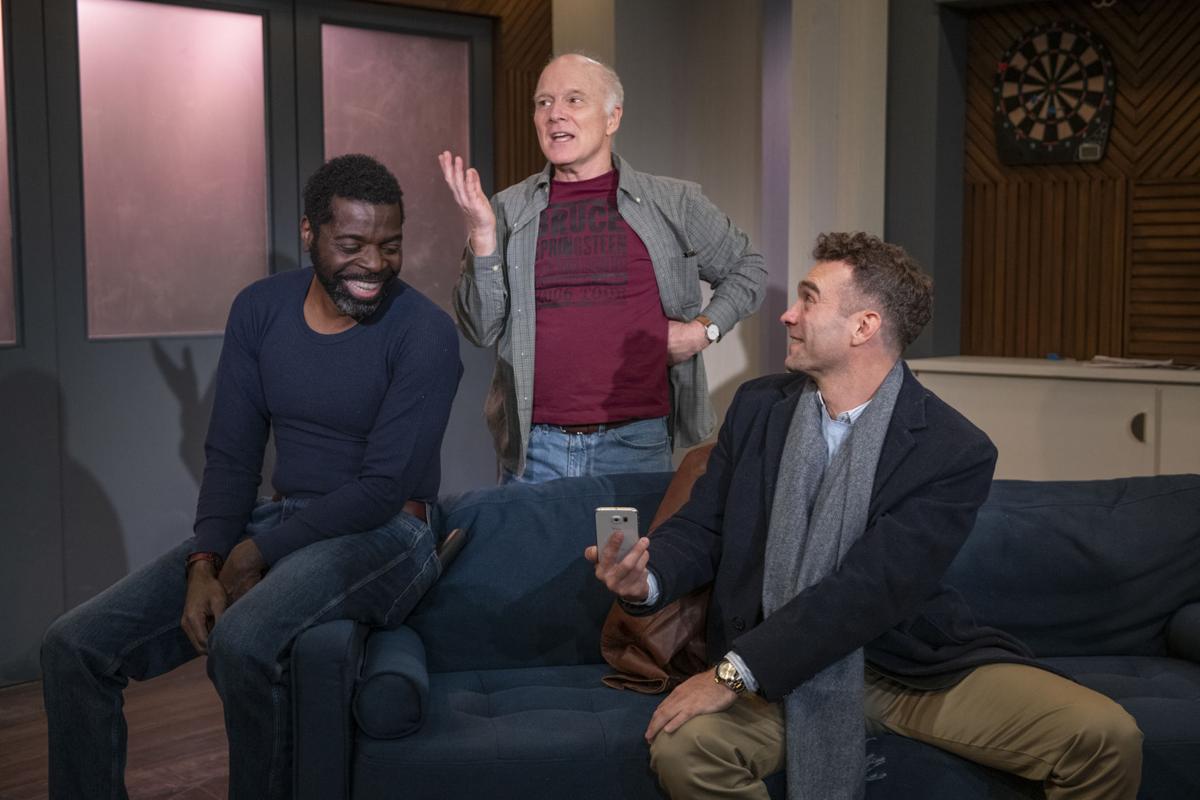 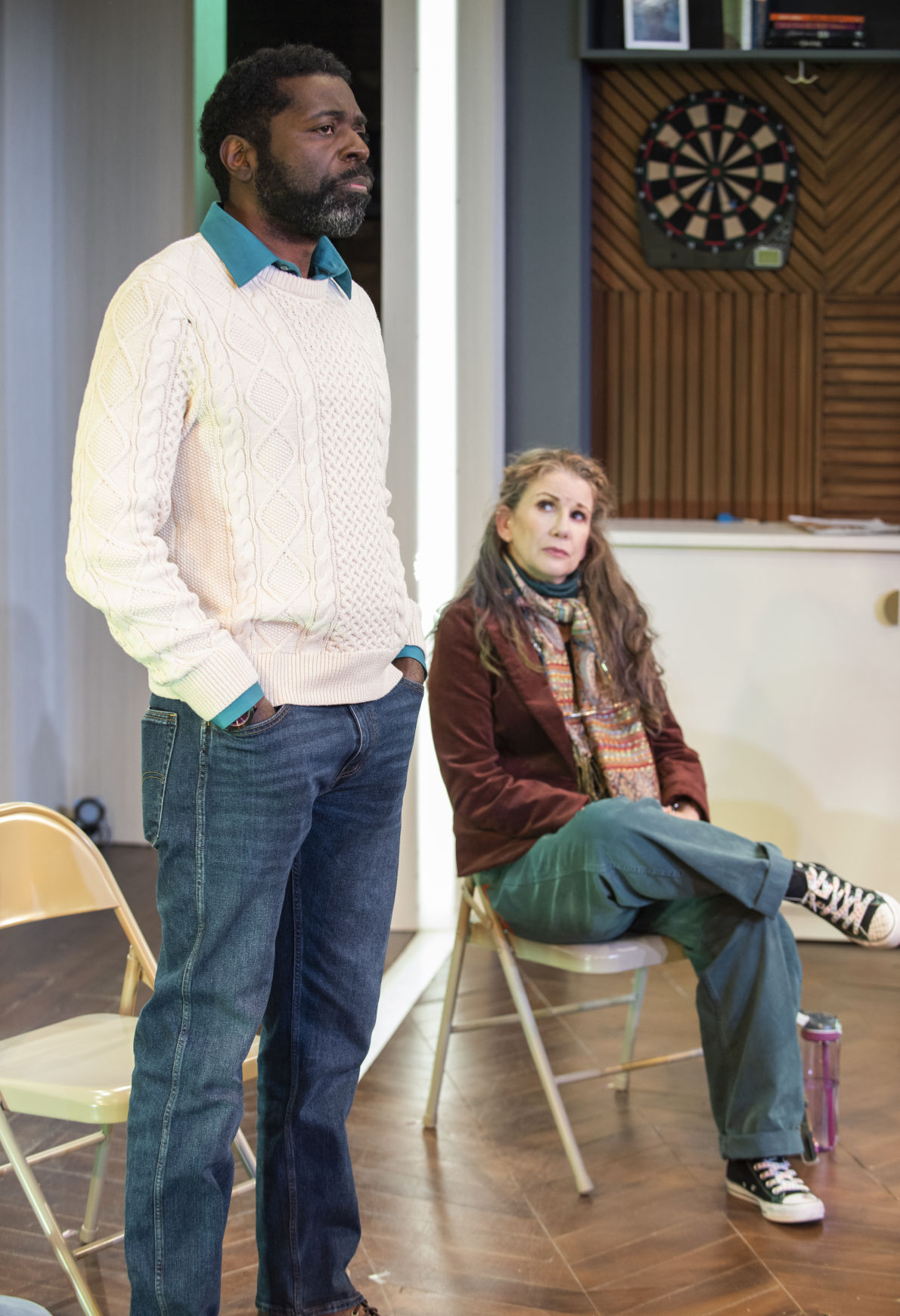 Chiké Johnson and Melissa Gilbert appear in a scene from "When Harry Met Rehab."

A moving production about recovery, which features a good dose of humor, is starring on stage at the Greenhouse Theater Center in Chicago.

"When Harry Met Rehab," starring Dan Butler and Melissa Gilbert, continues through Jan. 30. The show is a world premiere production based on the story of sports radio broadcaster Harry Teinowitz and his path to recovery.

Butler, who starred as Bulldog in "Frasier" and Gilbert, who portrayed Laura Ingalls in "Little House on the Prairie," lead a cast of six in this heartfelt production of struggle, recovery and relationships. Butler portrays Harry and Gilbert takes on the role of Barb, the rehab group's therapist. Both actors are strong in their roles as they portray characters audience members can easily care about.

"When Harry Met Rehab" is written by Spike Manton and Harry Teinowitz and is directed by Jackson Gay. It's a skillfully written piece which draws people in for its sincerity, comedic wit and sensitivity.

Even if audience members don't know anyone who has gone through rehab or struggles with addictions, this show gives everyone something to think about. And for those familiar with people who've struggled with countless addictions, the production deals with the problems sensitively and in a caring way.

During a recent production, audience members easily laughed throughout but there were also tears during difficult, emotional scenes.

The play's website states that "It is estimated that over 22 million Americans are in recovery. This show is for them, their families, and their friends."

Ronnie Spector, influential singer of the Ronettes, dead at 78

Ronnie Spector, influential singer of the Ronettes, dead at 78

The X Pot is one of the newest eateries to open in Chicago.

"Disney's Frozen" continues to Jan. 22 at The Cadillac Palace Theatre in Chicago.

"Rodgers and Hammerstein's Oklahoma" runs Tuesday through Jan. 23 at CIBC Theatre in Chicago.

Chiké Johnson and Melissa Gilbert appear in a scene from "When Harry Met Rehab."