Pictured is the lobby of 21c Museum Hotel Chicago. 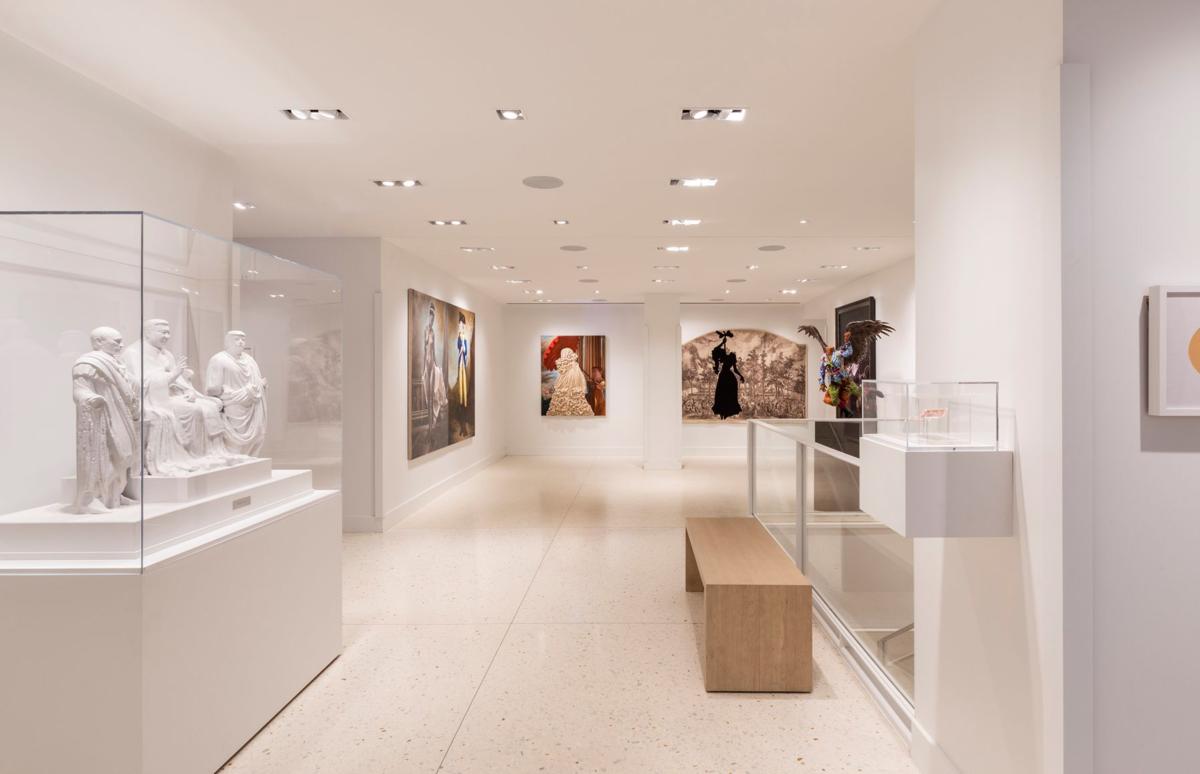 "This We Believe" is currently on display at 21c Museum Hotel Chicago. 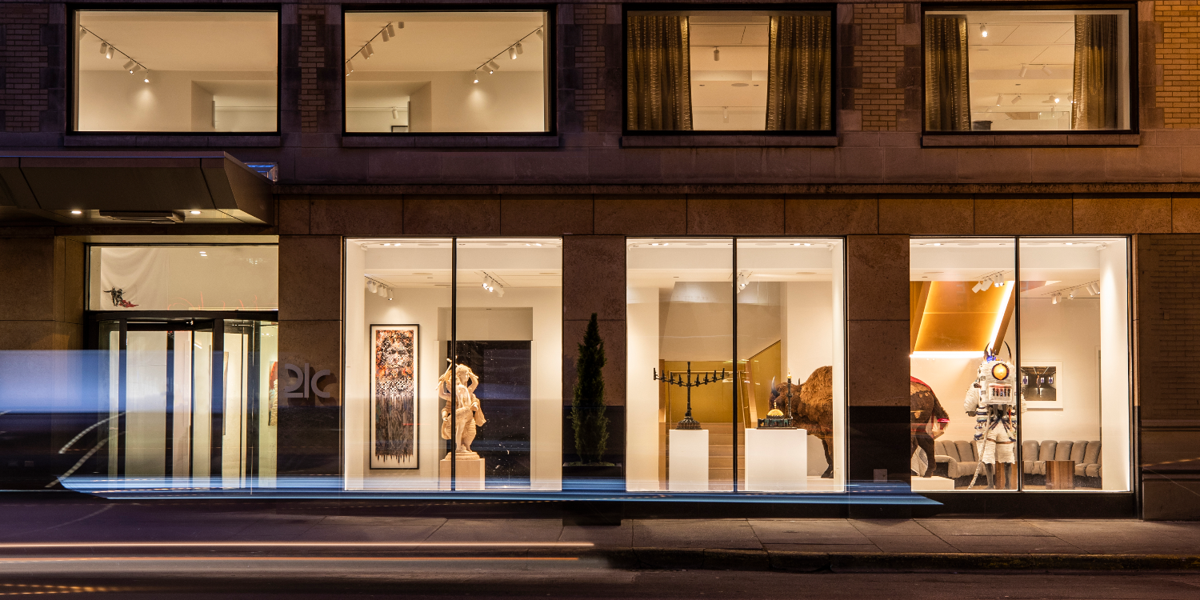 Pictured is the exterior of 21c Museum Hotel Chicago.

A suite at 21c Museum Hotel is pictured.

Did you ever want to spend a night in a museum?

At 21c Museum Hotel Chicago, you can literally do that. 21c Museum Hotel, which officially opened at 55 E. Ontario St. in Chicago in early 2020, features a 10,000 square-foot art gallery and nearly 297 rooms.

Sykes said Chicago's showpiece exhibition is titled "This We Believe," which explores and examines various belief systems, from religious and social to political.

Among artists whose works are highlighted in the exhibition occupying the first two floors of the hotel are Titus Kaphar, Kara Walker and Yinka Shonibare.

"The Museum Hotel's gallery is open 24/7, 365 days a year," said Sykes. Admission to the museum is free and visitors don't necessarily have to be guests of the hotel.

The mission of the hotel's founders, Laura Lee Brown and Steve Wilson, was to put contemporary 21st century art into the spotlight. Works by diverse contemporary artists are highlighted at all of the hotel's properties. (Chicago's hotel is one of nine 21c Museum Hotels across the country. The first one was established in Louisville, Kentucky).

"They have amassed a big contemporary art collection," Sykes said.

Sykes said visitors will have access to view the current Chicago exhibit any time of the day.

"And it's a totally different experience when it's dark at night," she said. (Visitors may wander into the hotel to view the exhibit, but during the pandemic, hotel personnel are encouraging non-hotel guests to make free online reservations at 21cchicago.com.)

All the exhibits at 21c Museum Hotels want to encourage people to examine diverse ideologies, beliefs and other life concepts.

"All of them are vastly different," Sykes said, adding all prompt "different discussions and ask different questions."

"We want to get you thinking," she said.

"There are over 110 pieces of artwork from artists from over 20 countries in 'This We Believe'," Sykes said. All the art works are timely, she said. Many of the works speak to topics and events in the news today.

"The subject matter can be more daring than they might have at other institutions," Sykes added. In addition to the works in the galleries, guests will see "Wallworks," by Nick Cave and Bob Faust, which occupy the walls surrounding the elevators on floors 2 to 17.

At the Chicago hotel, guests will see the familiar 21c Museum Hotel penguin in strategic spots.

"The evergreen penguins are our mascot," Sykes said. She explained the hotel's penguin mascot is a different color in every city.

Throughout the "This We Believe" exhibition, which is scheduled to run through December, there will be occasional events, lectures and programs associated with it. Visit the hotel's website for more information.

Guests who'd like to stay at the hotel will find assorted packages to choose from. They include an Unlock Chicago Package, Girls Getaway, an Art Lovers Package, Pet Package, Love Is Love Package and other rotating specials. Check the hotel's website for more information on packages, which change seasonally.

For more information on the 21c Museum Hotel, visit 21cchicago.com.

The exhibit "Van Gogh For All" is currently being housed in a storefront on Chicago's Michigan Avenue.

Music and dance: Lyric Opera and The Joffrey Ballet prepare to begin shows

The Lyric Opera and The Joffrey Ballet recently unveiled their new seasons.

HideSeek, which is housed at 1620 N. Wells St., in Chicago's Old Town neighborhood, features 15 immersive rooms which beckon visitors to look back to childhood.

Pictured is the lobby of 21c Museum Hotel Chicago.

"This We Believe" is currently on display at 21c Museum Hotel Chicago.

Pictured is the exterior of 21c Museum Hotel Chicago.

A suite at 21c Museum Hotel is pictured.