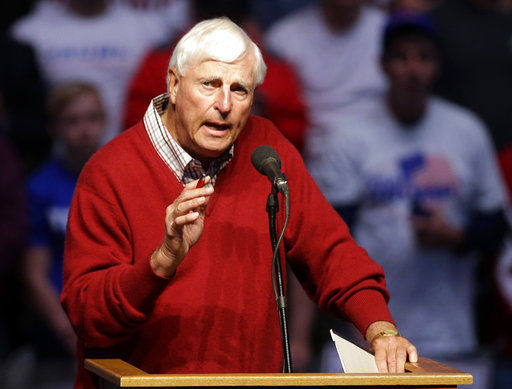 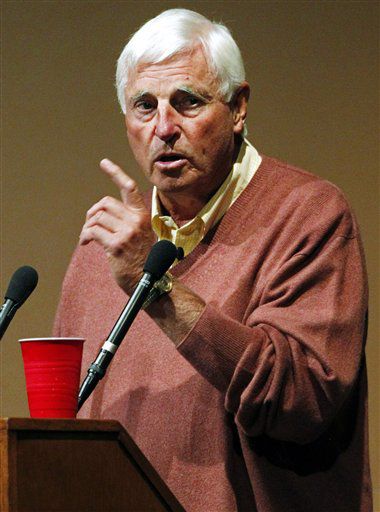 Legendary Indiana University Men's Basketball Coach Bob Knight will visit the Region in April for an autograph signing at Catch 22 Table and Tap in Merrillville.

Knight, who led IU to three national championships and five Final Four appearances during his 30-year tenure as head coach, will sign autographs and pose for photos from noon until 1:30 p.m. on April 19 at the restaurant and bar at 500 E 81st Ave. in Merrillville.

BM Authentics and The Collectors Cave organized the ticketed event, with autographs starting at $89.99.

He won Big Ten Coach of the Year eight times and is credited with popularizing the motion offense. Knight is one of just three coaches to have won an NCAA title, NIT title, and an Olympic gold medal, after leading Michael Jordan and other members of the USA men's Olympic team to the gold medal.

He also won a championship as a player for The Ohio State University.

Infamous for his fiery temper and a notorious chair throwing incident, Knight was fired by IU in 2000 after a video showed him grabbing a player by the neck. He went on to coach at Texas Tech University.

Ozzie Guillen will appear at Beggar's Pizza in Whiting while Chris Chelios is coming to Bridge's Scoreboard in Griffith.

The South Shore Line will stop at McCormick Place for Sox Fest Friday and Saturday.

Every summer, I spend a lot of time at Guaranteed Rate Field, usually in cheap seats in the outfield or the upper deck.

Three-time NASCAR champion Tony Stewart will appear at the grand opening of the new Ollie's Bargain Outlet store in Merrillville next week.

WHITING — Tommy Hawk, the Kansas City Chiefs’ KC Wolf, and other legendary mascots will flock to Whiting’s new Mascot Hall of Fame for a weeke…

Authors to appear at Lubeznik Center for the Arts

Authors Sara Noë, John Records Landecker, and Rebecca Sive will appear at the Lubeznik Center for the Arts in downtown Michigan City.

William 'The Refrigerator' Perry to sign autographs at Bridge's Scoreboard

TASTE TEST: Bite into a legend at Redamak's

NEW BUFFALO — A ritual of summer in Northwest Indiana is heading to the pristine beaches, wineries and touristy towns in southwest Michigan.

"The Biggest Loser" season 14 winner Danni Allen will appear at the grand opening of a new Planet Fitness gym in Hobart.