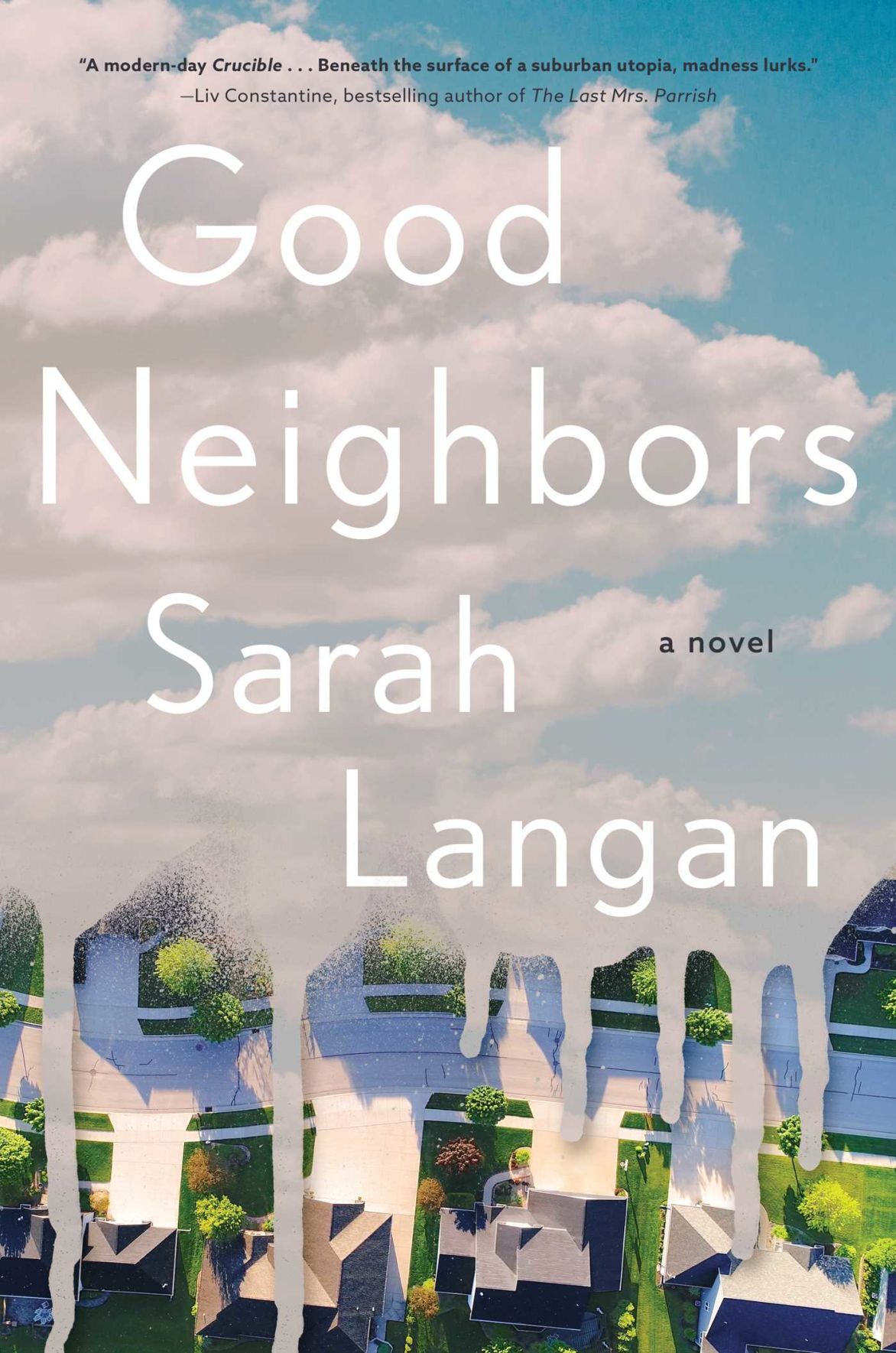 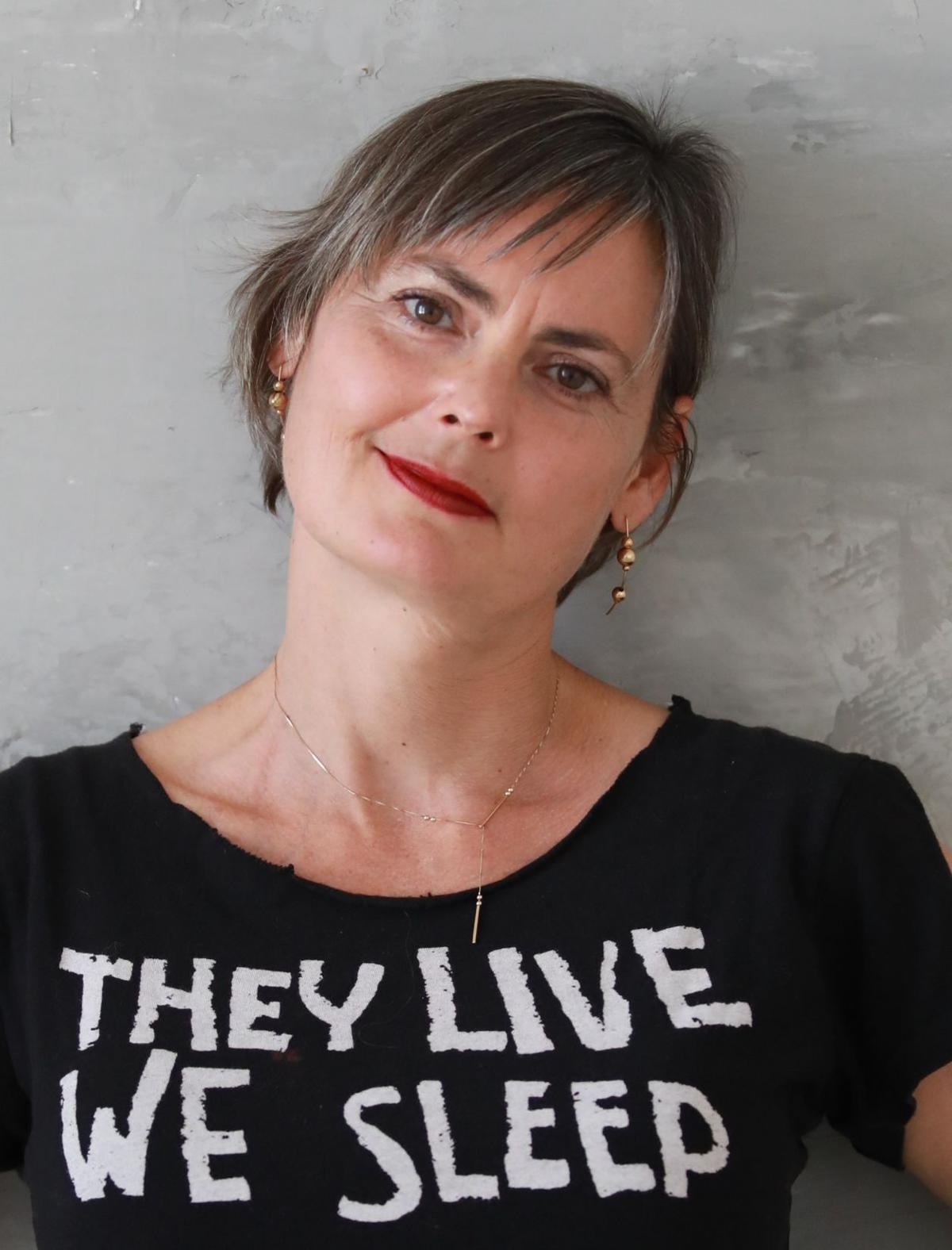 There goes the neighborhood.

Set in a town on Long Island not unlike the one where she grew up. Sarah Langan’s "Good Neighbors," an Amazon Best of February pick, is formatted like a sociological study exploring a crime that happened in the past.

“My roots are in horror and I thought about making this a slasher book,” said Langan, who projects normalcy despite having written award-winning horror novels. “But that seemed too simplistic for a book about our culture and themes like mob mentality.”

But the foreboding of horror books is prevalent here as we watch the neighbors on Maple Street turn on the Wildes, the newest family on the block.

It all begins with the falling out between two moms — beautiful, compliant and overwhelmed Gertie Wilde, an abused child grown into a beauty queen who is married to a once-almost-famous rock and roller named Arlo. Their two kids have issues too. Julia’s vocabulary is profane but even more oddly, and their son seems to believe he’s a robot. That’s quite a contrast with Rhea, an ultra-successful academic who seems to have the perfect everything — job, husband, and family — that seems typical of all the families in the neighborhood.

The Wildes want to fit in, but if there’s an unwritten rule book about how to act and what to say, they don’t have a copy, and their differences set them apart from everyone else. But beyond that, climate change is wreaking havoc, adding its own sinister atmosphere to Maple Street, when a huge toxic sinkhole opens up in the neighborhood’s green space. But this is no ordinary gap in the ground. Instead it’s an ever growing malevolent force taking over the neighborhood. Evil, it first sucks up a family dog and then Rhea’s daughter, who gets too close.

“Most horror writers are gentle people who are outraged at how people are treated and what is going on in the world,” Langan said.

For Langan, that outrage in "Good Neighbors" focuses on climate change and the toxicity of neighborhoods that occurs when people treat those who are different unkindly.

7 p.m. Feb. 25: Bestselling author Paul Tremblay and Sarah Langan will be in conversation at The Novel Neighbor Bookstore in St. Louis discussing "Good Neighbors." The event is free and will be streamed live on the Novel Neighbor’s Facebook and You Tube pages. Registration is optional but recommended. To register, visit thenovelneighbor.com/event/goodneighbors

8 p.m. March 4: Sarah Haskins, co-screenwriter for the film “Booksmart,” and Sarah Langan will be in conversation at Los Angeles’ Book Soup. The event is free with registration at www.booksoup.com/event/sarah-langan-conversation-sarah-haskins-discusses-good-neighbors

Taylor Swift, Cardi B and Harry Styles lead the list of performers at the 2021 Grammys

Taylor Swift, Cardi B and Harry Styles lead the list of performers at the 2021 Grammys

When Rebecca Graff, a Ph.D. student at the University of Chicago in need of a dissertation, was told by a professor that the view before them,…

BOOKS: An impassioned argument to make our food system better

Mark Bittman never does anything in a small way. His cookbooks typically run some 600 pages and have titles like "The Best Recipes in the Worl…

“The Sanatorium” is Sarah Pearse’s first novel and it’s a whopper — though a slight warning: reading it while the snow is falling outside your window just adds to the mounting dread.