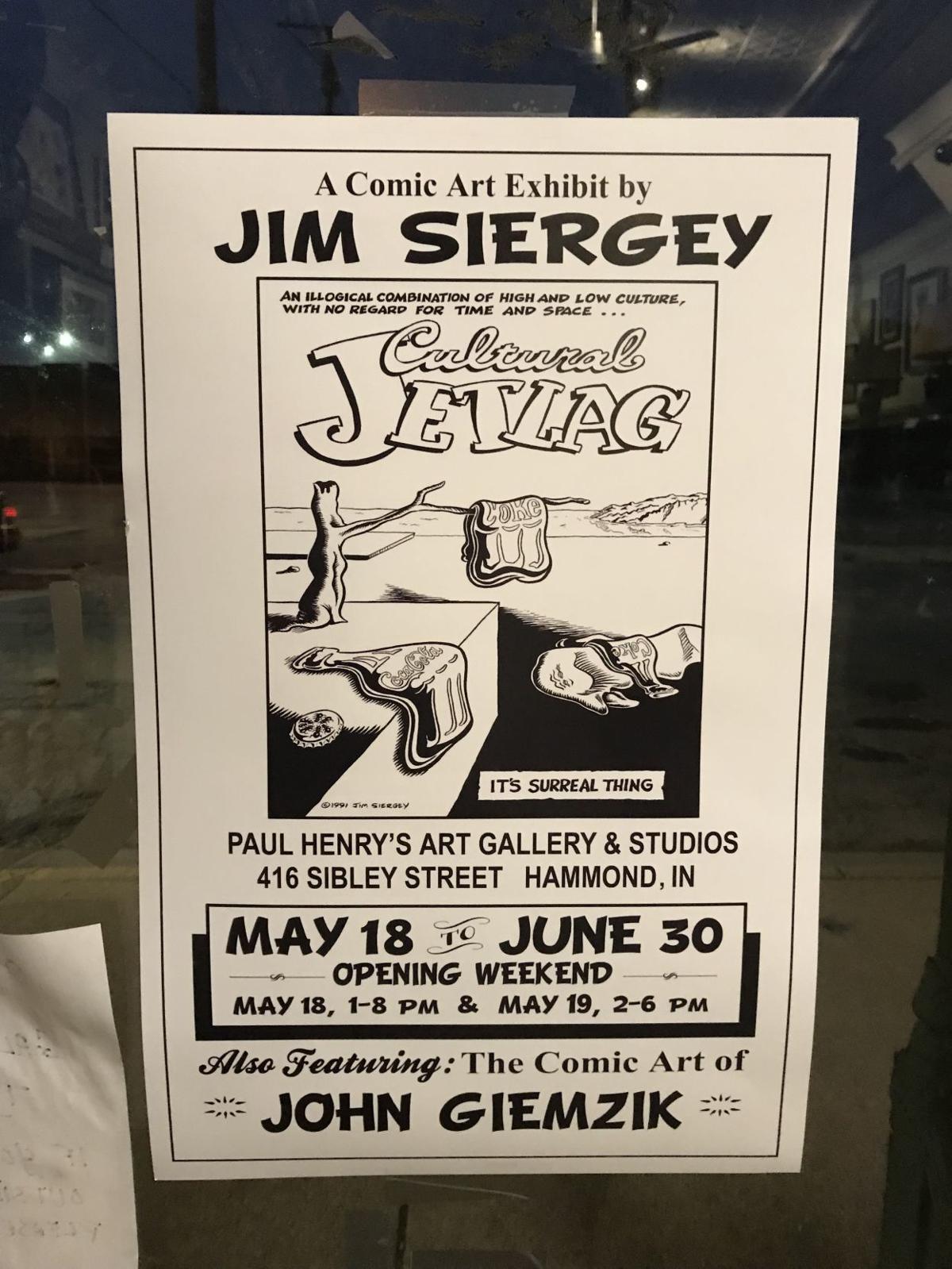 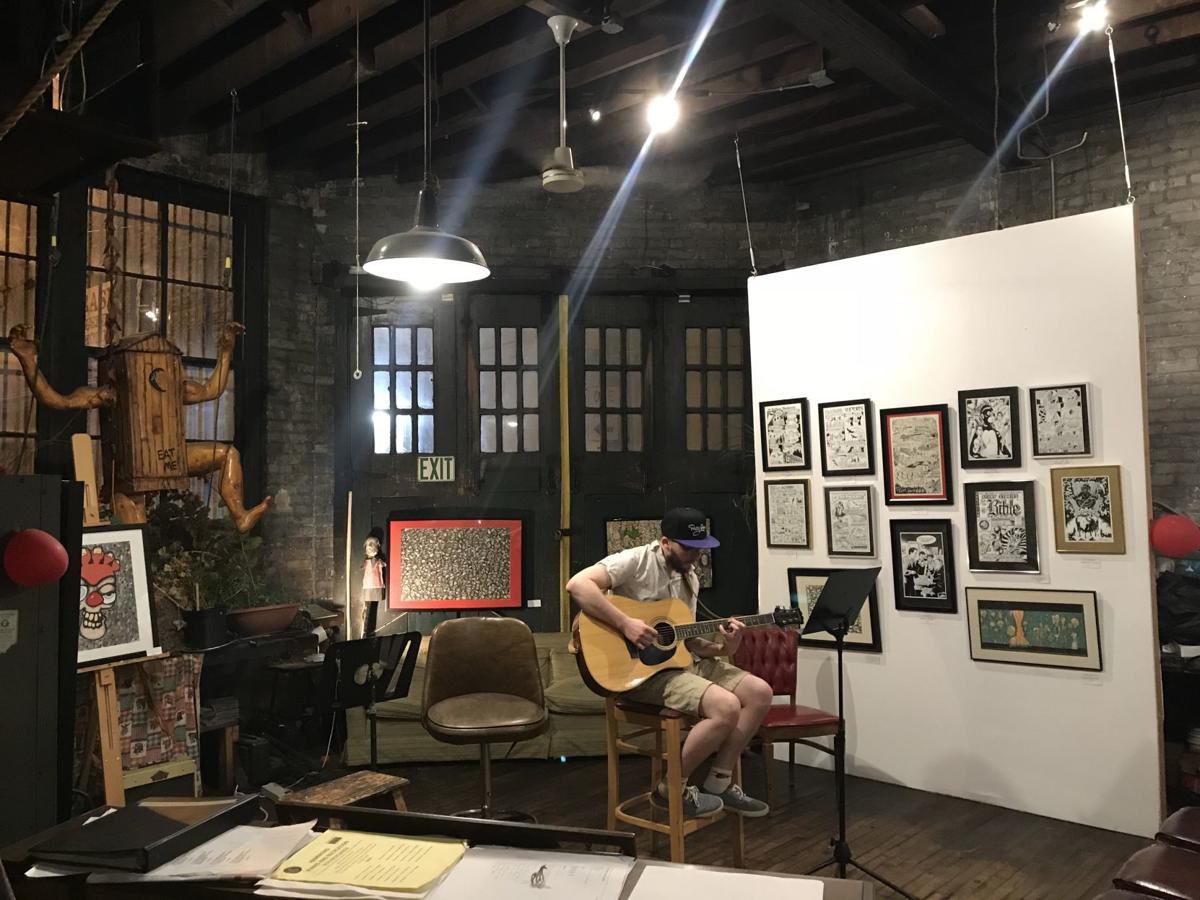 The "Cultural Jet Lag" exhibit at Paul Henry's Art Gallery is coming to a close, but people will get a chance to hear from the artists at a closing reception this weekend.

Jim Siergey and John Giemzik will talk about their artistic careers and take questions from the public from 1 to 4 p.m. Sunday at the former hardware store-turned-art gallery at 416 Sibley St. in downtown Hammond. They also will display "many small unframed original pieces, prints, publications of many sorts and other reproductions of their art" in addition to the artworks on display for the exhibit.

"Siergey’s art has been described as an illogical combination of high and low culture with no regard for time and space while Giemzik’s self-taught, urban-organic style creates complex, whimsical and thought-provoking work," Paul Henry's said in a press release.

Siergey has been putting out underground and alternative comics since the 1970s. He met Tom Roberts at an animation class at Chicago’s Columbia College in the 1980s and they teamed up to put out the comic strip "Cultural Jet Lag" that first appeared in the New City weekly newspaper in Chicago and was later distributed to more than 150 alt weeklies across the nation. Mixing high and low culture, it later ran in Time Magazine and USA Weekend.

New City’s Aaron Cohen wrote “'Cultural Jet Lag' goes beyond strictly comic art, stretching into the realms of philosophy and politics to force highbrows and lowbrows to swim in the same pool.”

For more information, visit paulhenrysartgallery.com, call 219.678.5015 or find the gallery on Facebook.

One of Northwest Indiana's foremost literary organizations has written its last verse.

One of the most heavily trafficked McDonald's in the Region, in downtown Crown Point, is clo…

Paul Henry's Art Gallery in downtown Hammond is exhibiting "The Crowd," a collection of port…

The upcoming "Layered: Laurel Izard and Edwin Shelton Exhibition" at the Chesterton Art Center uses the medium of quilting to explore heavy th…