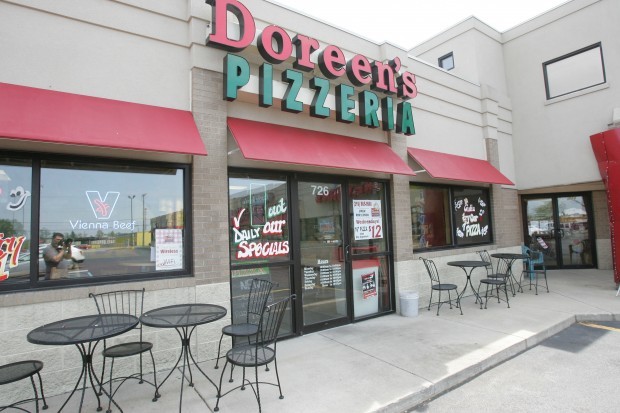 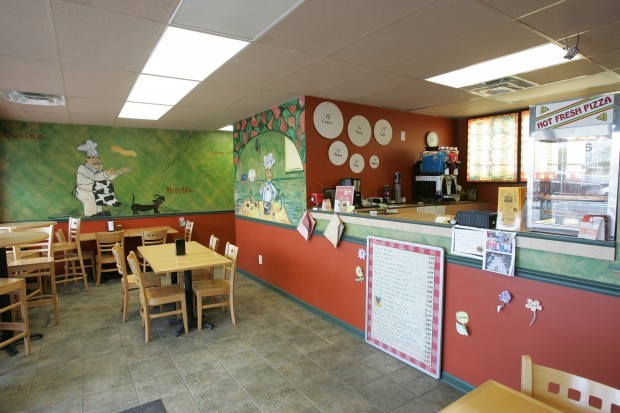 Dyer and surrounding communities have embraced Doreen's Pizzeria, whose owners, the Delis family, opened a second pizza parlor at 726 Joliet St. in Dyer five years ago this coming July.

"Our pizzas are handmade with all fresh ingredients," says Bill Delis, who owns Doreen's with his wife, Mia, and his children, Demetri and Maria. "We make the pizza dough fresh daily."

Doreen's uses only lavish low-fat real mozzarella cheese, which is low in saturated fats and cholesterol, on all pizzas. The pizza sauce is never from concentrate, with no chemicals and low in acidity, so it's tummy-friendly for all ages. The veggies used are also fresh, not canned, for extra fiber and nutrients.

"Our business has really taken off in the last year. Doreen's is becoming a household name in Dyer, just like in Hegewisch. Many of our customers migrated from Hegewisch and the East Side to this area and love that we're here," Delis says. "It's nice to keep those relationships."

The business has received lots of name recognition, too, since participating in Taste of Chicago in 2010, Delis says.

Doreen's Pizzeria is also served at a number of other Dyer facilities including Funflatables for birthday parties, at Patti's Gymnastics; Gymboree; The Stadium Bar; and at Dyer Little League games.

"We make the pizzas and deliver them hot on site," Delis says.

A special program Doreen's does with the Dyer Parks & Recreation Department is Lil' Pizza Makers. Children sign up to make their own pizzas at Doreen's. The staff bakes the pizzas and everyone enjoys eating their creations.

In addition to pizza, Doreen's offers up a delectable array of other menu items. These include fresh Southern Fried Chicken, pasta dishes, rib tip dinners, BBQ ribs, jumbo shrimp and shrimp in a basket, and lake perch dinners. There are also lots of appetizer, salads, desserts and daily specials.

For those who love sandwiches, Doreen's has it covered.

"Health is #1 at Doreen's Pizzeria. Our fried foods are cooked in 0 grams trans-fat oils. Our hot dogs, hamburgers and Polish meats are 100% all beef. Our meats are charcoal-grilled instead of flat grilled for less fat," says Delis. "Doreen's places a heart symbol on our healthy foods for our customers concerned with high blood pressure, cholesterol, heart disease or weight control."

For more information or to order, call (219) 865-9988. Ask for special pricing for schools, businesses and charitable events.

"We thank all our family, friends, & loyal customers for your continued support. We value all your business. May God bless you and your loved ones."