NEW YORK (AP) — Charles Blow recalls being in the audience at the premiere of the opera based on his memoir, "Fire Shut Up in My Bones," and watching the scene that depicts his sexual abuse as a child by an older cousin.

"To be honest," he said, "it was more uncomfortable watching everybody watching me. Because they were so unnerved by it they worried about my reaction."

They needn't have been concerned, Blow said in an interview. "When I wrote the book I'd already dealt with all that," he said. "I don't have the residual trauma that a lot of people expect me to have."

Blow, a columnist for The New York Times, will again be in the audience when the opera opens the Metropolitan Opera season on Sept. 27. It will be the first operatic performance in the house since the pandemic shutdown 18 months ago.

More history-making is the fact that "Fire," with a score by jazz trumpeter and composer Terence Blanchard, will be the first opera by a Black musician presented at the Met in its 138 years.

"Of course you're filled with pride to be labeled with that," Blanchard said after a rehearsal last week. "But there's a certain sense of, not guilt, but sorrow, because I know I'm not the first who was qualified."

For example, Blanchard said he was at the Opera Theatre of St. Louis this summer — where "Fire" premiered in 2019 — and heard a performance of "Highway 1," a one-act opera by Black composer William Grant Still first performed in 1963.

"I'm sitting there listening to that," he said, "and I go, like, why couldn't that be at the Met?"

Blanchard said OTSL artistic director James Robinson had been after him to compose another opera after his first, "Champion," based on the life of boxer Emile Griffith, premiered there in 2013. When his wife, Robin Burgess, recommended he read Blow's memoir, Blanchard said it struck a chord.

In his book, Blow, now 51, describes growing up in poverty as a shy, sensitive child in rural Louisiana with four macho older brothers, a philandering drunk for a father and a warm-hearted, hard-working mother who carried a gun in her purse.

"What drew me to this story was the notion of being isolated and different in your own community," said Blanchard, who was born in New Orleans. "I knew a lot about that growing up, wanting to be a musician and walking to the bus stop on the weekends, carrying my horn and wearing glasses while the other boys were playing football in the street. That was not a popular look."

To write the libretto, Blanchard enlisted filmmaker Kasi Lemmons, his friend and frequent collaborator. She had never written an opera libretto, though she said it was on a "bucket list" of things she hoped someday to accomplish.

"I didn't know what the process normally was," Lemmons said. "I didn't even know the libretto went first. I thought maybe the music came first."

For advice, she turned to Robinson who gave her the crucial suggestion that "in an opera, anything can sing." Inspired by that, she created two characters known as Destiny and Loneliness who accompany Blow at different points in his life. She also has a child in the role of the young Charles on stage at various points alongside the adult character.

Lemmons said she was nervous about how Blow might react to some of her inventions because, "OK, I've written this guy's loneliness as a character. That's pretty intrusive.

"On the other hand," she said, "the way he spoke about loneliness in the book was very palpable."

Once she handed the libretto to Blanchard, he set it to music with few changes. The score is infused with jazz rhythms and filled with lyrical passages, including full-fledged arias for some of the characters.

The Met production is co-directed by Robinson and Camille A. Brown, who is the first Black director on the Met's main stage. Met music director Yannick Nezet-Seguin will lead a cast that stars baritone Will Liverman as the adult Charles, soprano Latonia Moore as his mother and soprano Angel Blue as Destiny, Loneliness and his girlfriend Greta. There will be eight performances, with the final one on Saturday afternoon Oct. 23 shown live in HD in movie theaters worldwide.

The production is co-commissioned by the Lyric Opera of Chicago, where it will be presented next spring, and by LA Opera.

In his memoir, Blow describes himself as bisexual and writes frankly about having homoerotic fantasies, which are dramatized in the opera through a dance sequence choreographed by Brown.

Lemmons hopes audiences can see past the trauma Blow endured as a youngster and draw inspiration from his story.

"It's deeply sad. But the thing that's not sad is Charles Blow," she said. "The remarkable aspect of the story is how you can draw strength from pain."

Blanchard echoes that view: "The mere fact that Charles is such a success in his life indicates how much he overcame," he said.

"Hopefully some young kid coming to this opera will see that. Hopefully it can really change some people's lives."

Photos: Scenes from the red carpet at the 2021 Emmys

Who was Halyna Hutchins, the director of photography killed by prop gun?

The film industry has been left shocked and in mourning after cinematographer Halyna Hutchins was killed on set when Alec Baldwin discharged a prop firearm.

M.J. Polish Deli claims to serve up "the finest Polish food Hammond, Indiana has to offer."

Prop guns: What they are and how they can kill

Even when there is no "bullet" in a prop gun, there are still projectiles, including gun powder and gas that can be dangerous within a certain range.

A Food Truck Fest pop-up will bring a variety of cuisines to Valparaiso.

Scarecrows to take over Hobart

An army of scarecrows will take over Hobart this fall.

Festival of Owls promises to be a hoot

Chicago theater fans will have the opportunity to see the debut of a new musical in November.

Peter Scolari, who starred with Tom Hanks on TV's "Bosom Buddies," died Friday at 66. He had cancer and had been ill for two years, his manager said. 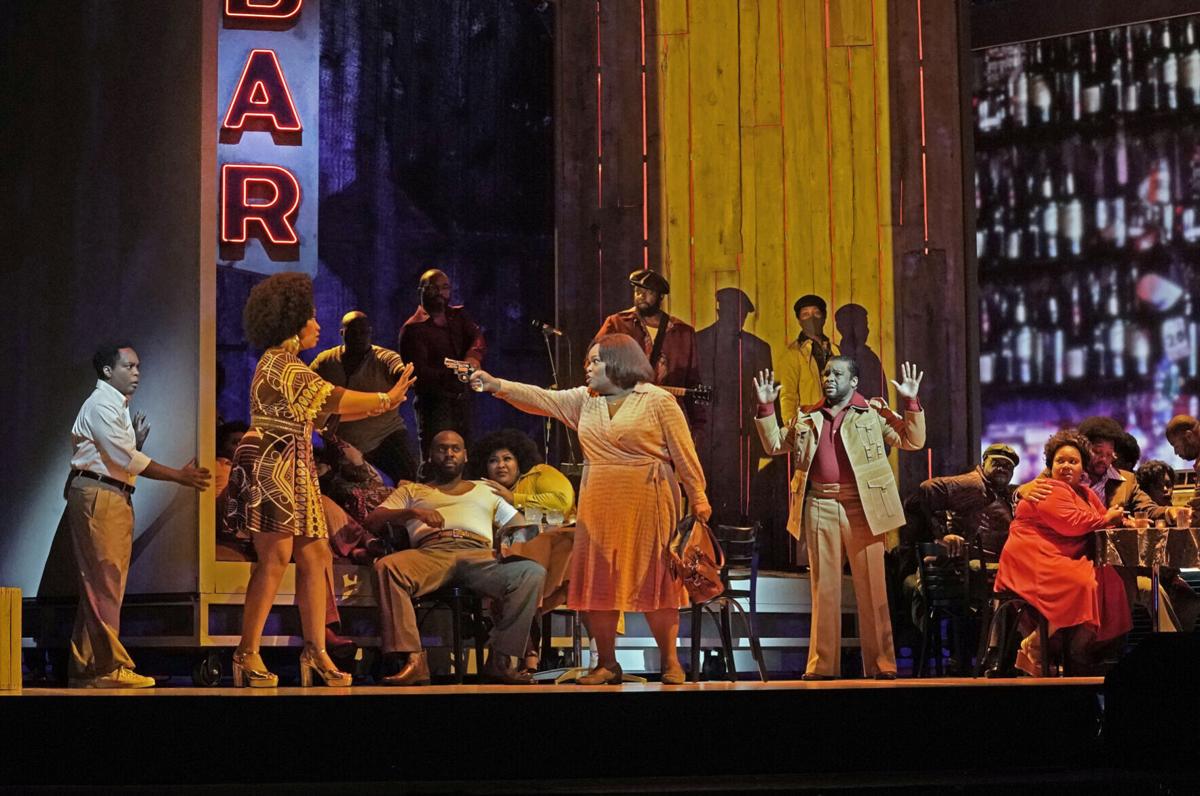 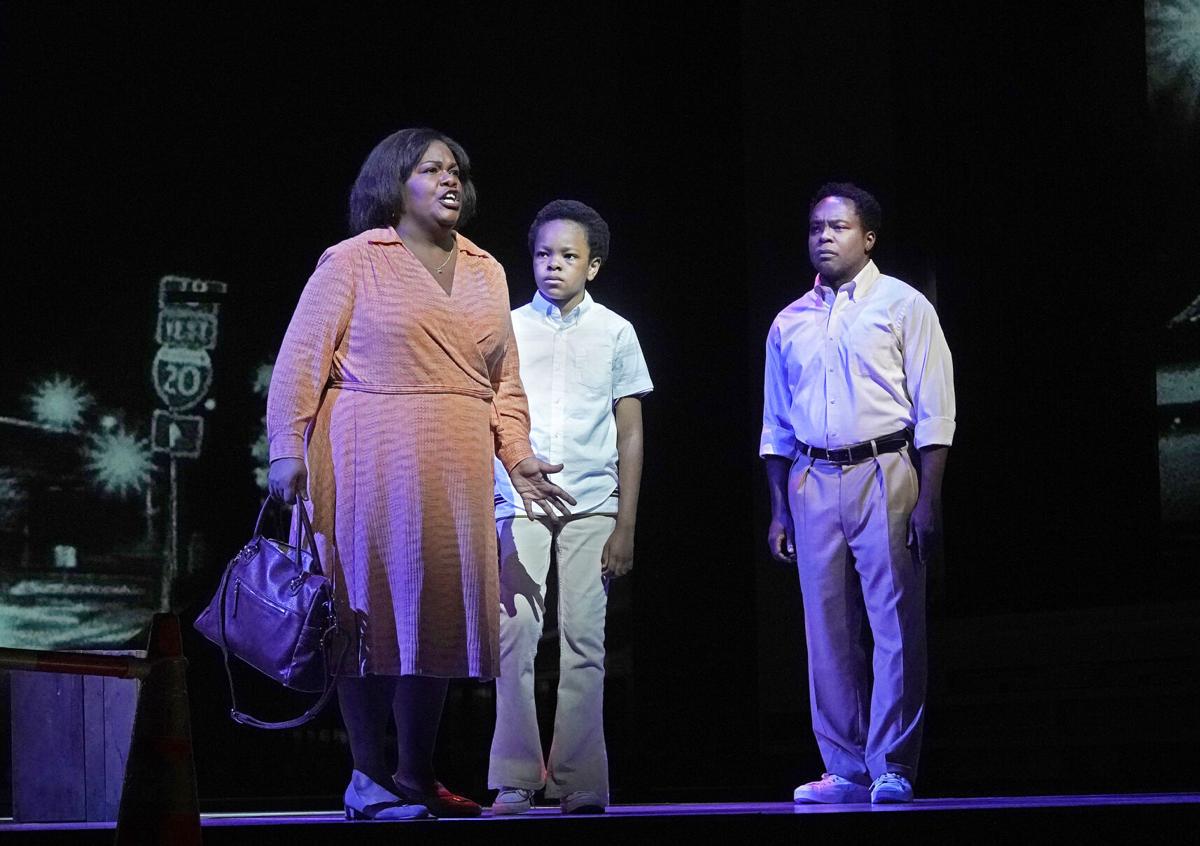