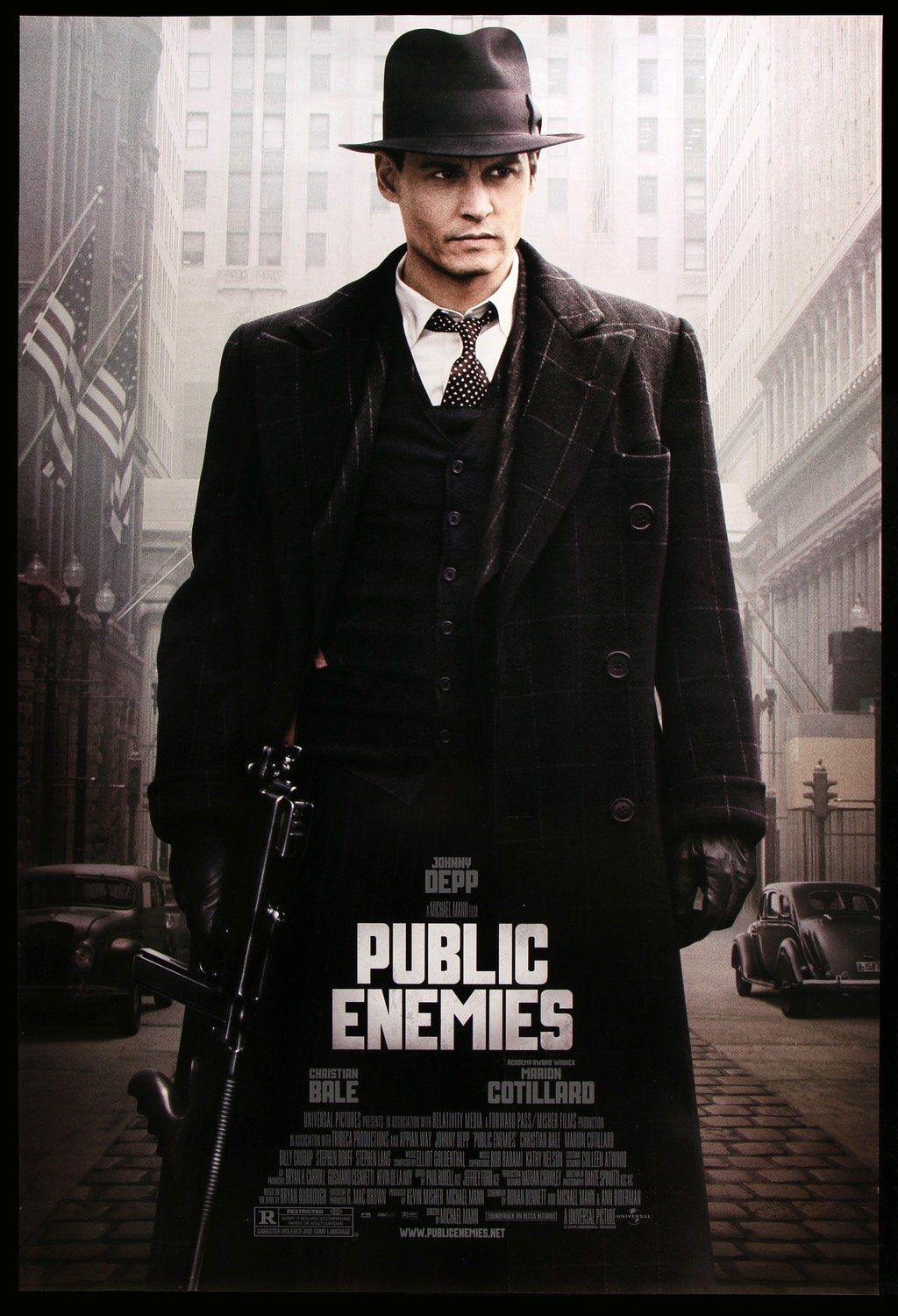 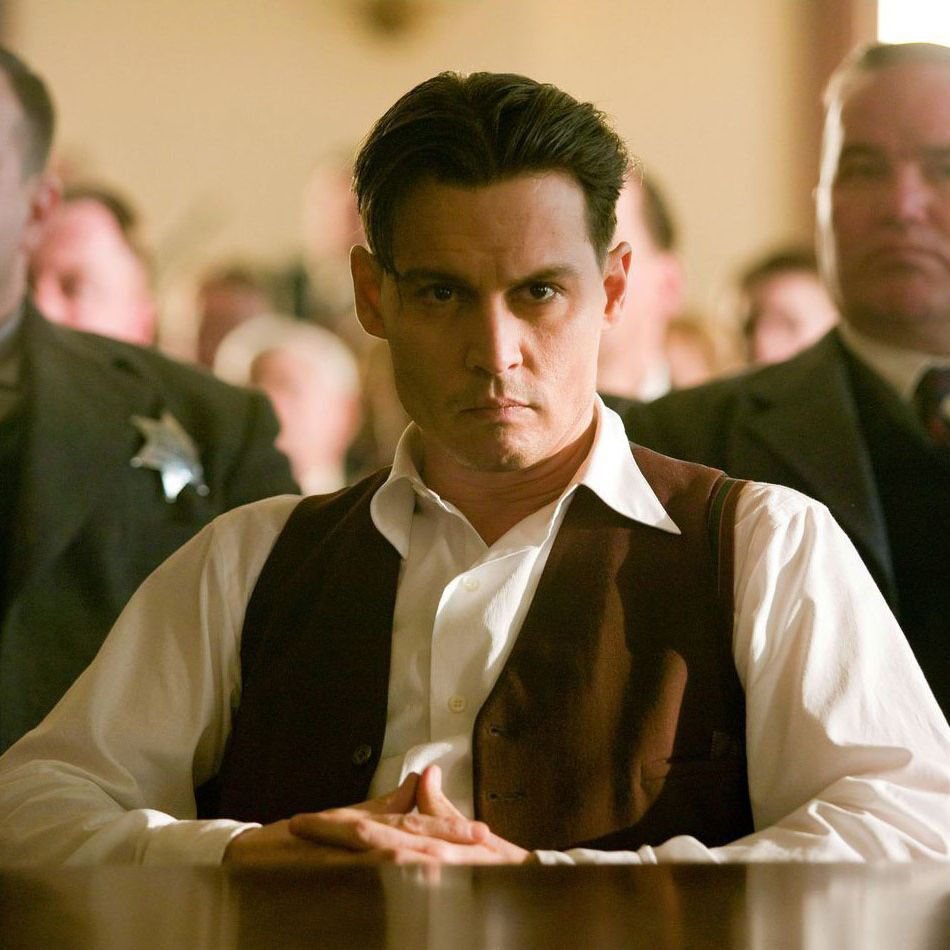 Johnny Depp is pictured in a scene from "Public Enemies."

This scene from "Public Enemies" shows reporters in a jailhouse press conference. 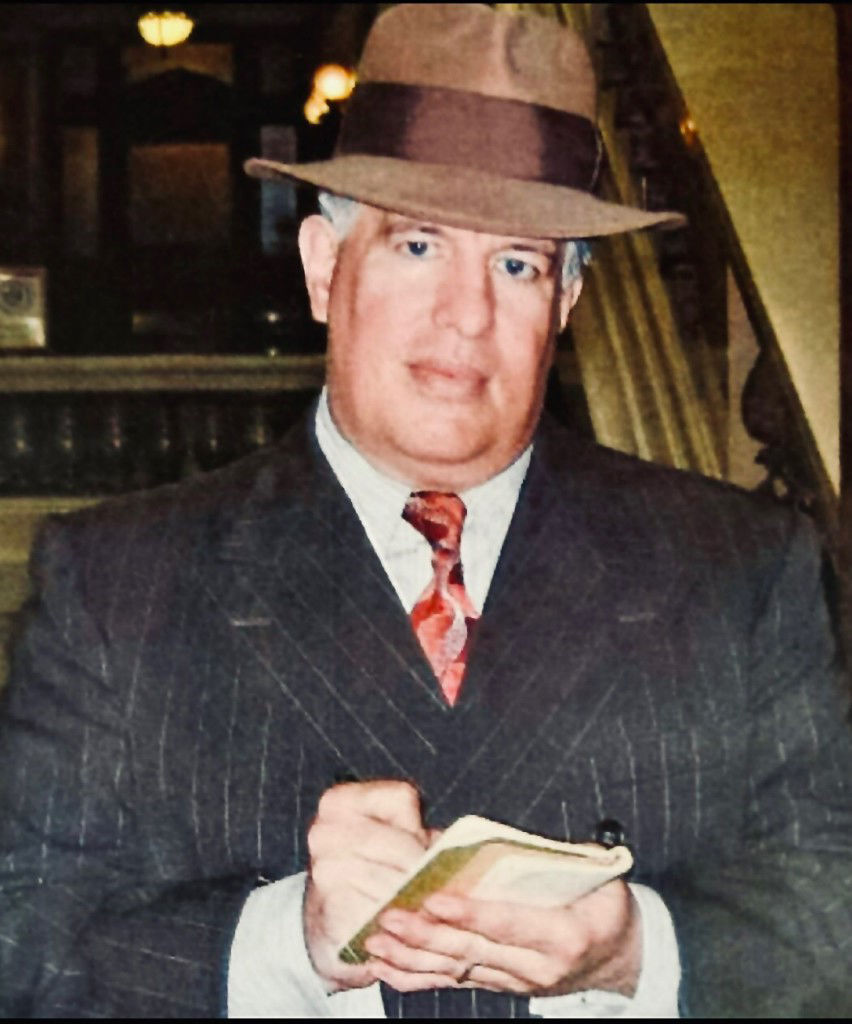 David Innes is shown in his costume from "Public Enemies." 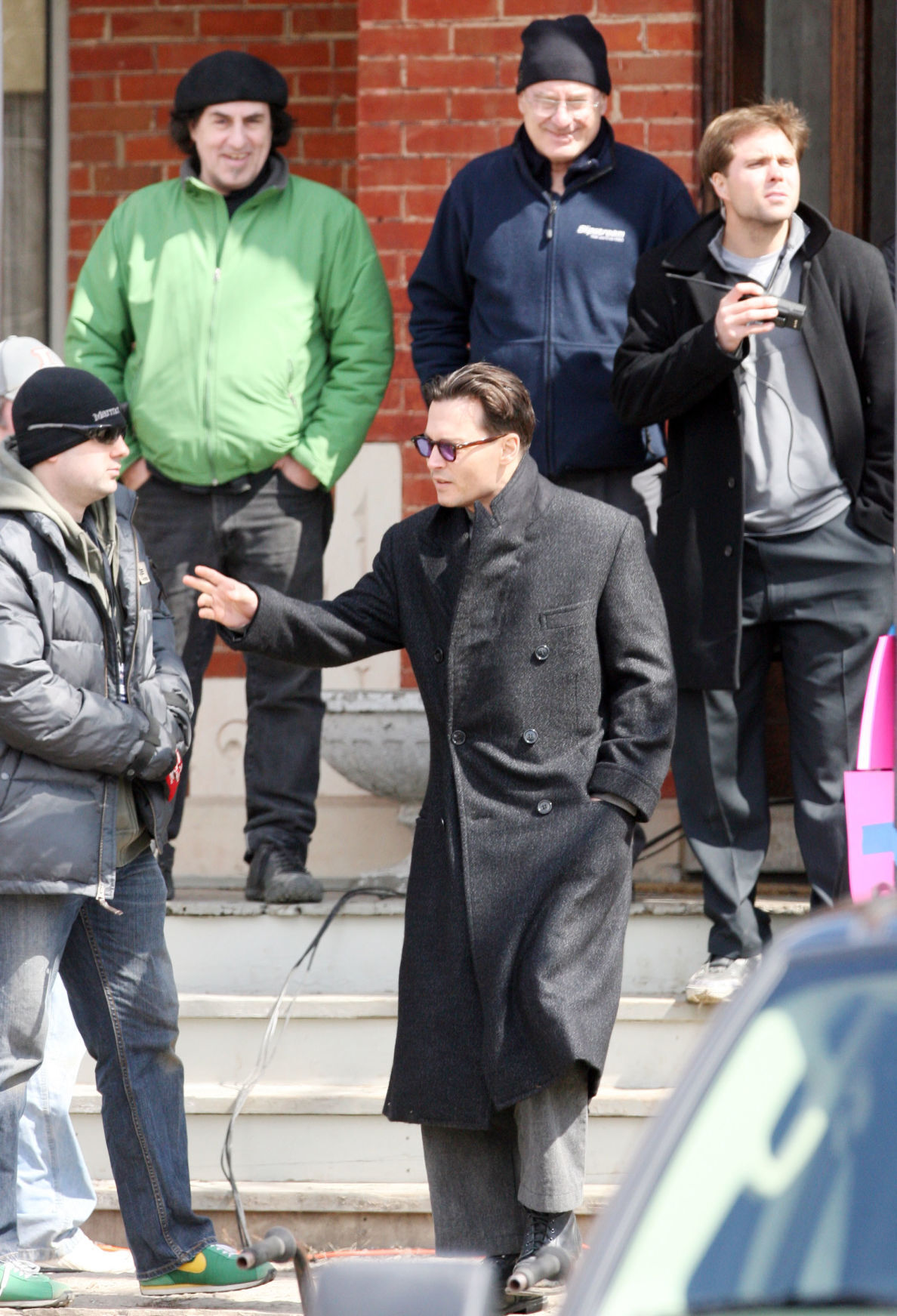 Actor Johnny Depp waves to fans while exiting the old Lake County Jailhouse during a break in the filming of "Public Enemies" on Main Street in downtown Crown Point.

The Center for Visual and Performing Arts will present another "hot" event this summer in its Movie and Dinner Night series.

The film "Public Enemies," which stars Johnny Depp, will be shown July 21 in the ballroom at the center. What's significant about the movie for Region movie fans is that much of the project was filmed in the area.

"Public Enemies," which chronicles the manhunt of Enemy #1 John Dillinger, was released in 2009.  It was filmed in 2008 in various locations around the Region, including Crown Point. It was also filmed throughout Illinois, Wisconsin and Michigan.

Many locals were chosen to be extras, walk-ons and those with bit parts for the film. Various journalists from The Times also made an appearance in a scene where newspaper reporters are interviewing Dillinger.

"This is going to be so much fun for guests to revisit a movie they might not have seen in awhile," said Philip Potempa, who will act as the emcee for the event. Potempa, an author and journalist, was featured in the newspaper reporter scene in "Public Enemies."

There will also be a few other Region folk who took part in the filming in attendance. Potempa said they'll include some "behind-the-scenes fun facts" as part of the evening.

In addition to the showing of the film there will be an exhibit featuring movie scripts, props, costumes and more.

"Before the movie, we'll also point out all the important scenes and things to look for so they don't miss any local aspect of it," he said.

After the movie screening, the guests with ties to the film will talk more about it and take questions from the audience.

In addition to Depp as Dillinger, other actors starring in the film, which was directed by Michael Mann, were Christian Bale and Marion Cotillard.

One of the Region residents featured in the film was Hammond native Dave Innes, who has done a variety of voiceover work for video and film. Innes, who will be at the movie event, had a part as a federal agent in a scene with Christian Bale.

Innes said he's looking forward to the event and talking about memories of filming the movie.

Innes recalled one of the memorable moments of his filming experience.

His scene with Christian Bale was on the Capitol steps, he said, and the actual Capitol building it was shot at was the Madison, Wisconsin Capitol. "They said Madison's Capitol was as close to the Washington D.C. Capitol as they could get," he said. It looks very similar, he added.

That day of the filming, Innes said, was an extremely hot May day.  "I was just boiling," he said.

After that extreme melt down  the next thing he remembered was waking up to director Michael Mann coming to his rescue.

"Michael Mann had a water bottle on my neck 'cause I fainted," he said.

Innes said it was great to work with such an "awesome cast." He added it was interesting working with the costuming department, too, since all the clothing had to be so authentic. In a costuming note, Potempa's hat he dons in the reporter scene is actually gossip columnist Walter Winchell's hat, which he owns.

Potempa said audience members will also hear many other tidbits and interesting notes such as the fact that the original Biograph Theatre, where Dillinger was shot in the alley, had been renovated before the movie filming and looked too modern to use for the film.

"So the interior was actually the inside of the Paramount Theatre in Aurora," Potempa said.

Seating will be set up in a speakeasy atmosphere.

Season of festivals: Region's big events are back

Region fun seekers can get ready to share in the convivial atmosphere of upcoming local fests and fairs.

"Teatro ZinZanni," along with Randolph Entertainment, is bringing its unique cabaret show/revue/cirque entertainment and dinner experience to downtown Chicago.

U-pick farms throughout the Region are offering blueberries in July and into August.

Johnny Depp is pictured in a scene from "Public Enemies."

This scene from "Public Enemies" shows reporters in a jailhouse press conference.

David Innes is shown in his costume from "Public Enemies."

Actor Johnny Depp waves to fans while exiting the old Lake County Jailhouse during a break in the filming of "Public Enemies" on Main Street in downtown Crown Point.