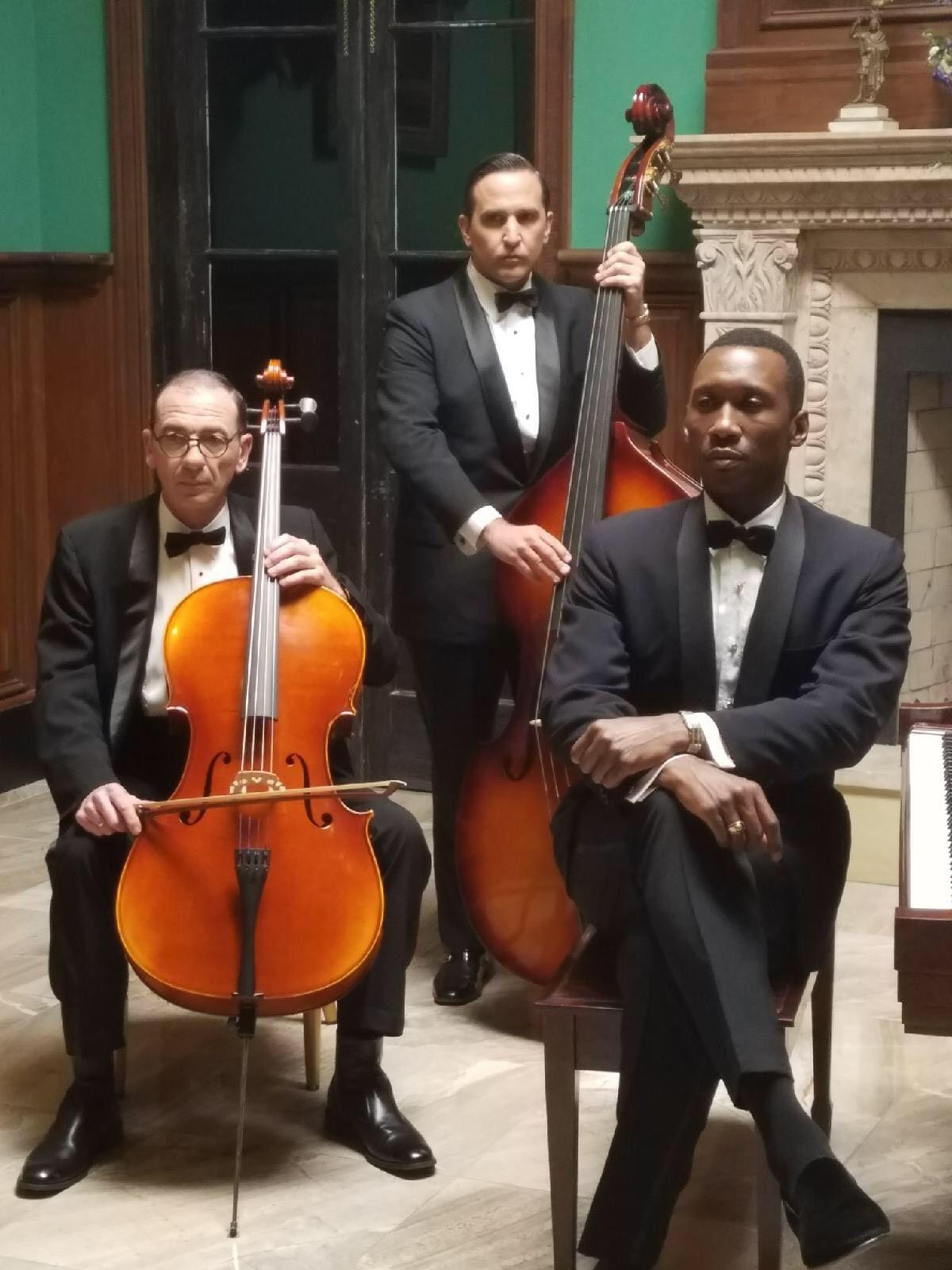 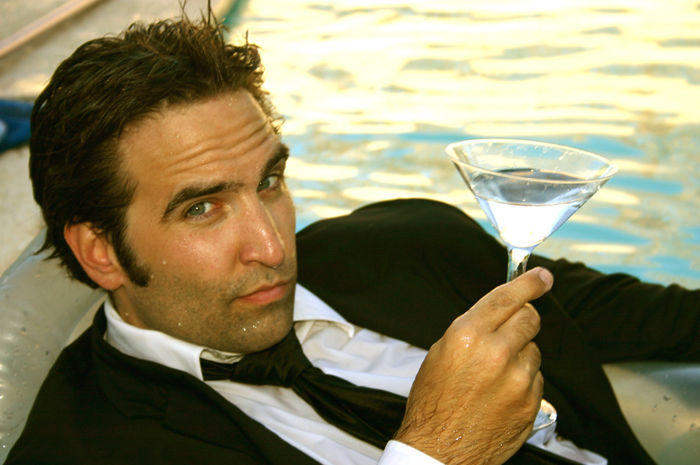 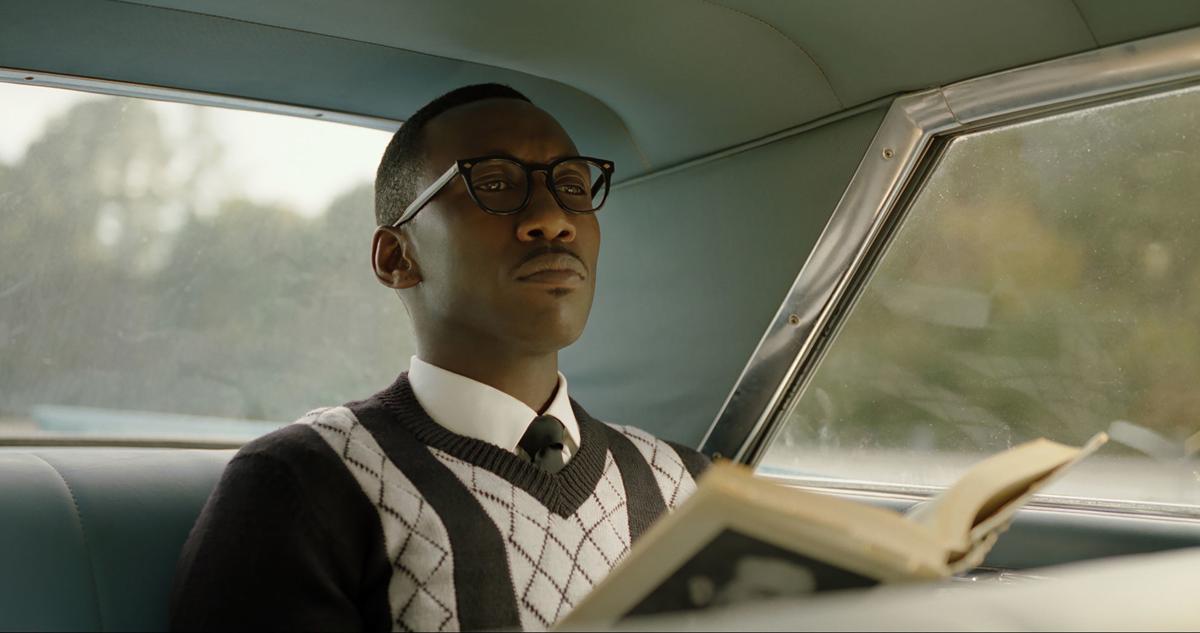 This image released by Universal Pictures shows Mahershala Ali in a scene from "Green Book."

Mike Hatton finds it a bit hard to believe he has a role in the new film "Green Book."

"I feel wonderful about the buzz that's going on with the movie," Hatton said. The Hobart native, who now lives in Los Angeles, stars as bass player George Dyer in "Green Book," about the life of African-American classical pianist Don Shirley.

"To be involved in a movie that's getting such acclaim is wonderful," Hatton said.

Hatton, who resided in what was called Hobart's "Little Hollywood" neighborhood, is a former entertainment news reporter. He is a graduate of Hobart High School and honed his craft as a musician beginning in seventh grade. Hatton learned to play the bass and formed the garage rock band Chocolate Thunder with his twin brother and friends in high school. Later, he got bitten by the film making and acting bug. The actor is also a graduate of Indiana State University.

Hatton said because he could play the bass, that was a major factor in his being cast in the role of musician Dyer.

"Green Book" co-writer Nick Vallelonga was adamant there wasn't a role for Hatton until he was reminded that the actor could play the bass during a heated phone conversation between them. "He (Vallelonga) said he was a Beatles fan. And I said 'I'll play 'Come Together' for you right now,' " Hatton said, explaining the desperate semi-comical exchange in his pleading for a role.

Being a friend of Vallelonga's, Hatton said he'd known about the project for awhile and read the script early on.

"When your friend starts to make a movie, you wonder 'When can I get in or audition for it?," Hatton said. Vallelonga kept saying "There are no roles for you,' " Hatton said. But everything changed that day Vallelonga remembered Hatton could play the bass.

Hatton admitted he has a "Midwestern hard work attitude" and doesn't "take no for an answer."

The actor was actually standing in the school yard picking up his kids when he and Vallelonga had the heated "bass" conversation. Vallelonga then asked Hatton to meet him the next day at a Los Angeles music store and to wear a suit. He wanted to take pictures of him to show to the other members of the movie's creative team. The pictures were a success.

Hatton then went in to meet other members of the team and soon earned the part.

"I assumed they would give it to a 'name.' But they really wanted someone who was a musician. And I'm an actor who happens to play the bass," Hatton said.

Hatton, 40, originally took music lessons at Rubino's Music Center in Merrillville. With his rock band Chocolate Thunder, Hatton said they played many gigs in Northwest Indiana through the years and also took part in the Battle of the Bands at Hobart High School.

His interest in film making also was sparked in high school when he and friends got together to make home movies with a camcorder.

"We would do comedic parodies on 'The Exorcist' and 'The Godfather,' he said, with a laugh.

He later spent time as a cameraman in college and also did projects as a videographer. Hatton also studied at Second City in Los Angeles.

Hatton said he had been interested in acting for awhile but eventually got into the television news/entertainment news industry because he thought it was a "sensible" thing to do. As an entertainment news reporter, Hatton worked for a CBS affiliate in Palm Springs, California.

He later relocated to Los Angeles initially because he was to take a job as Jimmy Kimmel's man-on-the-street. "But then the writer's strike happened and there went the job," he said.

Hatton said he loves what he's doing now and being involved in the movie industry is a dream come true. "I'm enjoying every minute of it," he said, about his work on "Green Book" and producing and working on other films.

Growing up in Hobart, Hatton said gave him those solid Midwest values and hard work ethic. He mentioned the coincidence of him growing up in Hobart's "Little Hollywood" neighborhood and the fact that here he is now working in Hollywood, California.

"My dad worked in the steel mill but he had an artist's heart," Hatton said, adding after his father left the mill, his parents opened E & E Jewelry in downtown Hobart. The store was in operation from 1981 to the mid 2000's. His parents no longer live in the Region.

About his "Little Hollywood" neighborhood, Hatton said "Some people said Hobart was the halfway point from New York and Hollywood...My neighborhood was a line of streets in between three major railroad tracks."

Hatton is looking forward to possibly going to the Academy Awards ceremony next year. He's already been to a few other ceremonies, including the recent Hollywood Film Awards, where he was in the company of esteemed actors such as Brad Pitt and Nicole Kidman.

"I was a few feet from Brad Pitt. And being near Brad Pitt, I'm a little starstruck...At the awards, Nicole Kidman also came up to me and said 'Congratulations. This must feel wonderful for you,' " Hatton said.

Hatton was beside himself. "Well, I'm a big kid. And I'm going through a major case of Peter Pan syndrome," Hatton said, about the encounters with the Hollywood greats.

The actor is married to Christine Lazar, a reporter for a CBS affiliate in Los Angles. The couple are the parents of son Griffin, 8, and 5-year-old twins Lola and Mary. Hatton said his mother was a route manager for The Times newspaper back in the early '80s. She's now living in California and Hatton said his mother has been a great help with the kids and it's nice being able to spend time with her.

About wife Christine, Hatton said "She's always been my biggest fan and is very supportive of me."

Mike Hatton sent a text to The Times with these explanations of how Hobart's "Little Hollywood" possibly got its name. The text was from a post by The Hobart Indiana Historical Society.

"We had an inquiry as to how Hobart's Hollywood area got its name and had to dig into the files for the answer. From an article in The Times, Sept. 3, 2006, we found that the original name was the Allen-Earle-Wood-Dale Addition to Hobart given in 1927. During the Depression, men riding the rails to California to work were kicked off the trains by the RR detectives at Hobart and were told "There's your Hollywood!"

They built shanties in the woods. Some stayed and at one time there was a sign designating the area as 'Halfway to Hollywood.' A tale has also been told of a well-dressed couple who lived in the area and walked downtown to the opera house frequently. Admiring neighbors started saying 'This is Hollywood!' Another theory is that a 'woman of ill repute' worked in the area of 6th and Ohio and called herself the 'Queen of Hollywood.' So although different legends grew, they grew out of humor and love. There was also an affectionately named 'Mayor of Hollywood,' Tony Randazzo, a long time resident."

The popular percussive show "Stomp" has returned to Chicago.

James Ward has done his part to help bring the new film, "Spider-Man: Into The Spider-Verse," to life.

This image released by Universal Pictures shows Mahershala Ali in a scene from "Green Book."