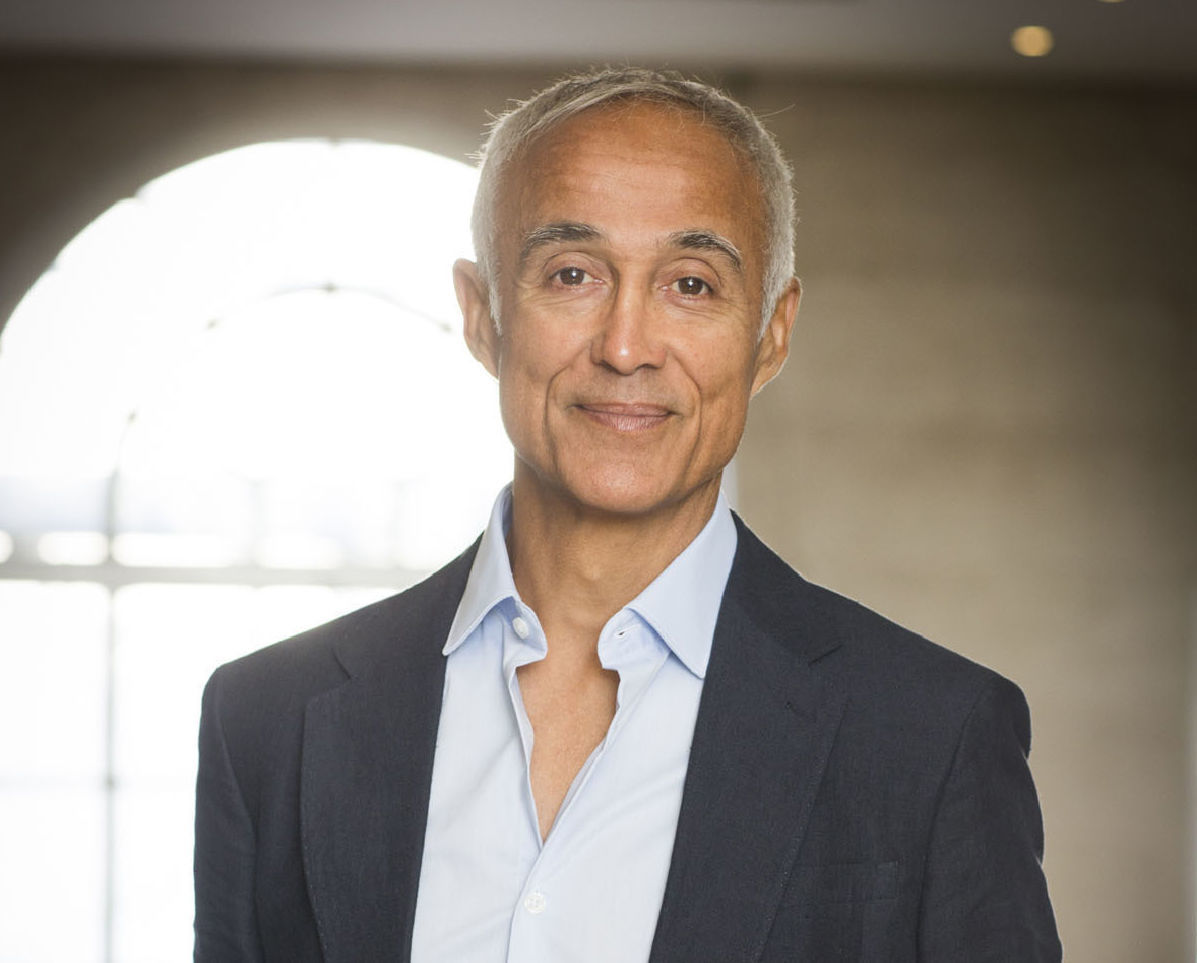 This undated image released by Dutton shows Andrew Ridgeley, author of “Wham! George Michael & Me." In the book, Ridgeley traces the rise of Wham! and key moments in the band’s career. 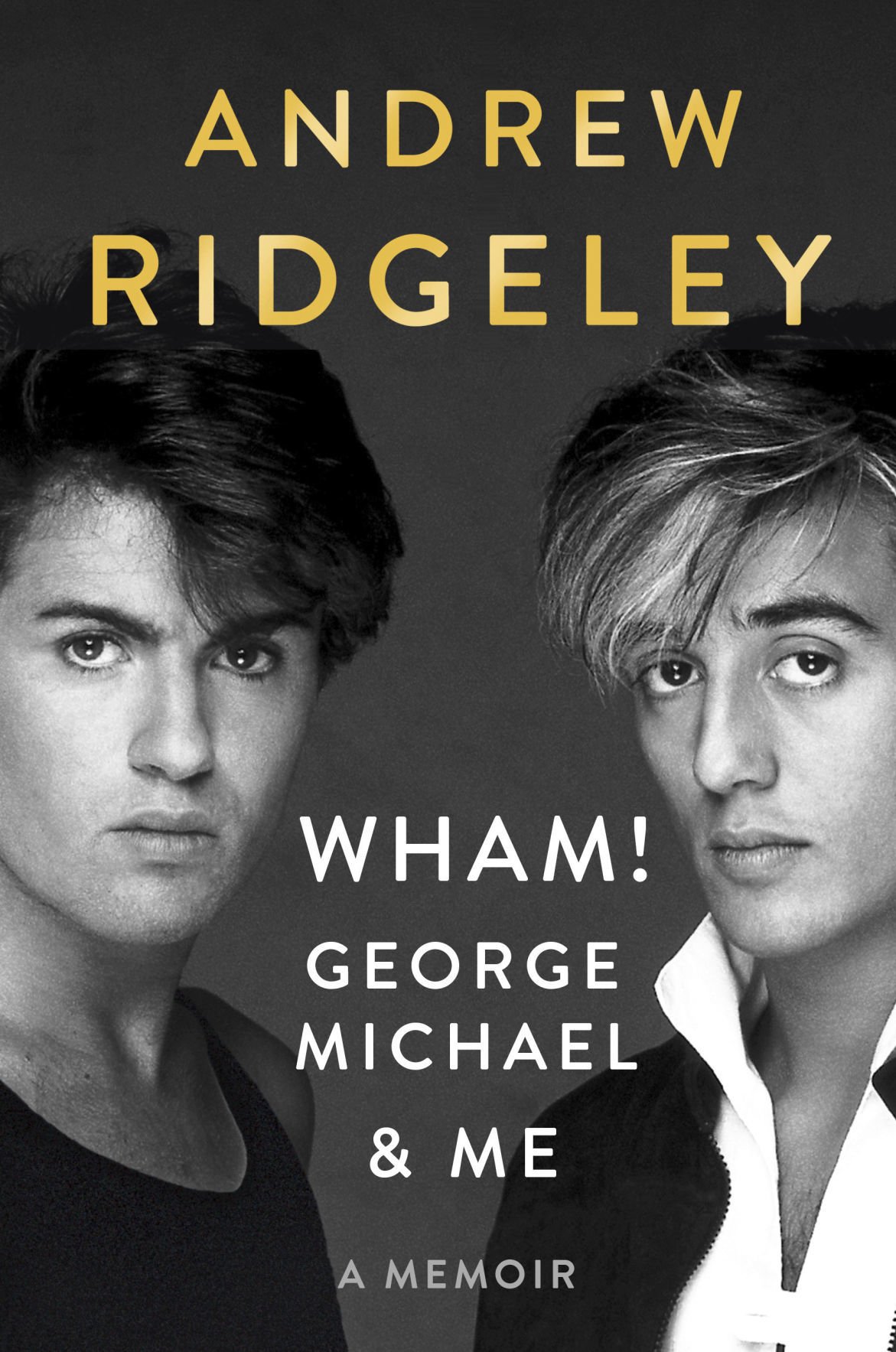 This cover image released by Dutton shows "Wham! George Michael & Me," a memoir by Andrew Ridgeley.

Long before he was a music icon in skintight jeans, leather jacket and designer stubble, George Michael was something else — awkward, chubby and insecure. He even went by the very unhip nickname Yog.

A loving portrait of a young, striving Michael is offered in a new book by his closest friend and former bandmate, Andrew Ridgeley. His "Wham! George Michael & Me" is part memoir and part monument to one of the biggest pop stars of the 1980s.

"The point of the book was really to illustrate our friendship and how it really formed," Ridgeley told The Associated Press. "It's very difficult to put it into words or really put your finger on exactly what it was that people found so attractive about Wham! But it was a lot to do with George and me and our friendship."

In the book, Ridgeley traces the rise of Wham! and key moments in the band's career, like the creation of hits like "Careless Whisper" and "Everything She Wants," their appearances at Live Aid and the time in 1985 when the band became the first Western pop group to visit China.

But while this may be Ridgeley's memoir, Michael looms large and the book peters out after Wham! broke up in 1986 as Michael's star soared, almost as if the most interesting thing Ridgeley has to write about is his friend, who died on Christmas Day 2016.

There are fun anecdotes, such as the drunken hijinks that accompanied the video shoot for "Last Christmas," the reason why Ridgeley wasn't part of Band Aid and the note he drunkenly wrote on his parents' fridge that became the title of a Wham! hit: "Mum, wake me up up before you go go."

The book also deals with more weighty subjects, like how their lives changed as tabloids stalked the pair and that during the band's life Michael realized he was gay but remained closeted. It was a business decision to stay there.

"He felt it would undermine us and our chances of success. And it was very important to both of us that Wham! was a success that we wished for," Ridgeley said. "It was tough for him. There's no doubt about that. And it caused him a great deal of discomfort."

Ridgeley met a 13-year-old Michael — born Georgios Panayiotou to a Cypriot family — in 1975, at school in Hertfordshire, England. They quickly bonded over a shared sense of humor and music, both loving Queen, Elton John and David Bowie.

The pair formed a ska-influenced quintet called The Executive and then in 1981 re-emerged as a duo, taking the name Wham! from their first completed song, "Wham Rap."

Ridgeley, 56, writes that Wham! was never meant to last very long, saying the youth-driven duo was intended to "burn brightly, but briefly." Ridgeley just wanted to form a band, write music and perform. Michael soon outgrew his bandmate and their breakup was amicable. "I achieved my ambition early in life," Ridgeley said.

The book charts the evolution of Michael from a frumpy, uncool kid who collected Spider-Man comics into a superstar, with detours into very tight Fila shorts and plenty of hours of hair teasing. Ridgely has a few well-intentioned cracks at Michael's early fashion mistakes and his later endless obsession with his appearance.

"He struggled with his looks and his weight as an adolescent," Ridgely said. "His transformation, in every sense, is quite amazing. Music and the career that he chose, allowed him to become, in some ways, the man in his mind's eye."

Ridgeley said he didn't always handle the tabloid press very well, unable to shake the "Animal Andy" or "Randy Andy" labels as a hard-partying pop star. In many ways, the book is a lesson for any wannabe pop stars out there about the pitfalls ahead.

"If I was advising the 20-year-old Andrew Ridgeley from this perspective, I'd be telling him to do things very differently," Ridgeley said.

"Perhaps the biggest lesson that I would say is the one to learn is not to let fame and fortune get inside your head," he added. "Give yourself a healthy bit of distance between your fame and reality because they are two different things."

Among the book's highlights are the dozens of photos included, complete with witty captions from Ridgeley. One of the duo wearing swimsuits is labeled "poseurs," another of them dancing onstage is given "prancers" and a third of them joking around gets "prats."

"I had great fun doing that. I could just imagine George next to me going through those," Ridgeley said. "It was important that whilst the music and the making of the music was serious business, we weren't a serious business."

Andrea Bocelli, who had COVID, says lockdown humiliated him

Italian tenor Andrea Bocelli, who recovered from COVID and whose moving Easter performance sought to raise hopes during the pandemic, is strik…

Rhythm on Ridge to be presented in Munster

The Center for Visual and Performing Arts will present Rhythm on Ridge from 5 to 11 p.m. Aug. 7 at the venue at 1040 Ridge Road, Munster.

Joe Rauen will present a concert Aug. 1 at Marshall J. Gardner Center for the Arts in Gary and Aug. 22 at The Art Barn in Valparaiso where he'll play the whimsical instrument.

A unique event is planned for Oct. 3 by the Hobart High School Key Club to raise funds to support Riley Hospital for Children in Indianapolis.

Burt Bacharach has been working on an ending.

New dates have been announced for Justin Bieber's previously scheduled 2020 tour, which will now take place next summer.

The Chicago Theatre and Chase will partner to present the sound the Chase Sound Check at 7 p.m. Central and 8 p.m. Eastern and will be viewed on multiple platforms.

This year's awards show is introducing new categories in the wake of the coronavirus pandemic, including, "Best Music Video From Home," and "Best Quarantine Performance."

In the years since Taylor Swift released her killer pop album “1989” in 2014, the singer has amped the production of her music, adding sounds …

It’s raining nominations for Lady Gaga and Ariana Grande’s “Rain on Me” at the 2020 MTV Video Music Awards, which will present new categories …

This undated image released by Dutton shows Andrew Ridgeley, author of “Wham! George Michael & Me." In the book, Ridgeley traces the rise of Wham! and key moments in the band’s career.

This cover image released by Dutton shows "Wham! George Michael & Me," a memoir by Andrew Ridgeley.