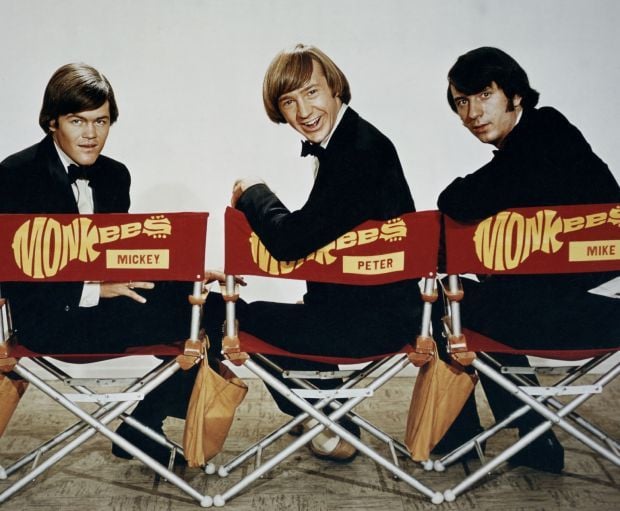 The Monkees starred in one of the most popular 1960's TV series. 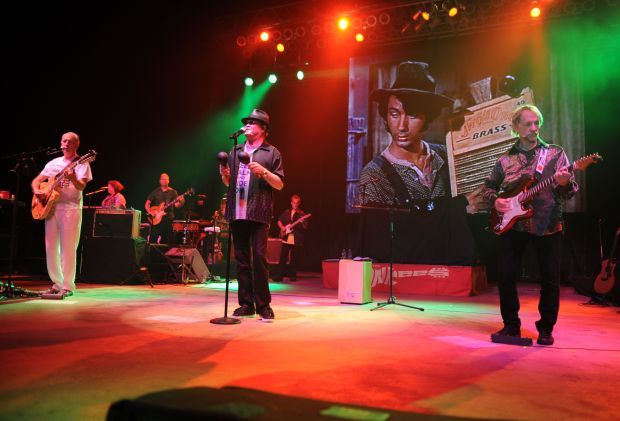 The Monkees will perform Saturday at Star Plaza Theatre in Merrillville.

It's been a long time since they came (as the theme song goes) -- “walkin’ down the street getting’ the funniest looks from everyone they’d meet…” -- but The Monkees are still “comin’ to your town.”

If that town is Merrillville, they are comin’ for an 8 p.m. Star Plaza Theatre performance on Saturday that's sure to be filled with Monkees hits like “Daydream Believer,” “Last Train To Clarksville,” “(I’m Not Your) Steppin’ Stone,” “I’m A Believer,” and others.

The Monkees' - Micky Dolenz, Peter Tork and Michael Nesmith - continued success is fueled by nostalgia, but also because they were and remain amazing ensemble performers both on screen and on stage and are armed with top shelf material.

“When something is good it stands the test of time,” said Dolenz. “While I like to think the four of us were a big part of that, there were many talented people behind the Monkees, the writers, the producers, the songwriters. We were blessed to have such a talented team and much of our success is owed to them and of course to the amazing songs written for us by Carole King and Gerry Goffin, Tommy Boyce and Bobby Hart, Neil Diamond and others.”

The Monkees were truly the first ever “corporate rock band”, designed by budding filmmakers Bob Rafelson and Bert Schneider to fill a void left in pop culture when the Beatles tired of being adorable mop tops. With the help of Screen Gems and Columbia Pictures and with musical guidance from Don Kirshner, The Monkees brought the same kind of zany adventures to a weekly TV series that the Beatles pioneered with films like “A Hard Day’s Night” and “Help!”

“This year just seems to be a better show all around,” said Tork of the current tour. “The music just seems smoother and sounds better than ever and we’re having a great time. Monkee songs resonate with an awful lot of people. Even kids as young as 6 or 7 whose grandparents gave them DVDs of the TV show go nuts at the concerts. The audiences may not be screaming anymore, but they do applaud vigorously and seem to enjoy themselves.”

After a long absence from the group, Mike Nesmith is back in the line-up to Monkee-around with old pals Tork and Dolenz. Fourth Monkee Davy Jones died in 2012 and is missed by his mates who dedicated the first leg of the current tour as a tribute to Jones.

“We really tried over and over and our schedules were always out of line,” said Nesmith of his attempts to rejoin his ‘60s cohorts on past tours. “Two things pushed the decision (to finally do a Monkees tour) – one was Davy’s passing. The other was a significant change in my overall activities that allowed me the time to pursue this. It seemed like a good time, so I said ‘yes,’ whereas I never could in the past because of so many schedule conflicts.”

“I kind of was,” said Tork of being surprised when Nesmith agreed to hit the road as a Monkee again. “(Mike) has been the most reclusive of us all, but Micky and I had begun overtures to do this particular tour with Michael before Davy died.”

“Michael has been a trouper on these shows and it’s been a real pleasure to work with him. His singing is still great and he’s a funny man on stage. He’ll take you places with his sense of humor because he can be wicked funny, so it’s a gas to be with him and I’m glad we’re back out on the road.”

Nesmith displayed that sense of humor when asked if he has enjoyed stepping back into the shoes of “Monkee Mike” after so many years. “It’s been great fun,” he said. “They are old and comfortable shoes, but because I wore them as a young man, they seem strange sometimes when I look at them. I think, ‘Hmmm…where are the insoles?’”

This Monkees tour was launched to commemorate the 45th anniversary of the release of “Headquarters,” a milestone album of the group’s career. “As you know ‘Headquarters’ is the album we just sat down in the studio and made on our own as a group. We had a great time making that album and there were a lot of the songs from it we haven’t played live in years or never played live at all. So we are playing a good portion of those songs on this tour.”

“The music from ‘Headquarters’ was largely left alone for a very long time and now we’re playing four or five songs from it,” added Nesmith. “We have always played ‘Randy Scouse Git’ from that album and we’ve done ‘The Girl I Knew Somewhere’ from time to time because I love playing harpsichord on that one, but we are now doing ‘You Told Me’ and ‘Sunny Girl,’ songs we’d never played live before.”

For years The Monkees – who had been created on a Hollywood back lot as characters for a television show – felt they had morphed into a real musical entity and wanted to write their own songs, play their own instruments on recording sessions and do concerts. With the release of “Headquarters” the guys had accomplished those goals and proven themselves while still selling a respectable amount of albums. So, why did it all end?

“That is the question of the century,” laughed Tork. “It was a combination of things and I don’t think I even know what they all were. Every phenomenon has its arc, it starts, goes up and falls back. It seems like the Monkees playing their own music as a quartet team was just one album long. The album after that (“Pisces, Aquarious, Capricorn and Jones”) we were much more intimately involved but the energy by then was dissipating.”

As Bob Dylan so aptly summed up, the times they were a changin’. The mid-‘60s cuteness and pop sound The Monkees embodied were evolving into the psychedelic era of social revolution. After just two years (1966-1968) the slapstick and nonsensical humor of "The Monkees" TV show fell out of fashion.

The foursome musically evolved with the changing times by creating strong topical “message” songs like “Zor And Zam” and “Pleasant Valley Sunday,” along with trippy post-modern tunes like “Randy Scouse Git.” After their acid-influenced art film “Head" had failed at the box office, the Monkees disbanded in 1970.

“When the TV show came to an end and the public mandate faded, I started several solo ventures,” said Nesmith of that era. Tork, Dolenz and Jones likewise pursued solo projects for 16 years until all heard  the call to arms in 1986 to do a 20th Anniversary Tour. Various incarnations of the group have performed tours ever since.

With Nesmith, Tork and Dolenz each strong songwriters, might there ever be a new album by The Monkees?

“Never say never; there’s always a chance,” Tork said optimistically. “We have no concrete plans right now but there’s no telling.” “We talk about it regularly,” added Nesmith. “When we are together we talk at length sometimes about Monkees projects we could do, including making (new) music."

The Monkees starred in one of the most popular 1960's TV series.

The Monkees will perform Saturday at Star Plaza Theatre in Merrillville.