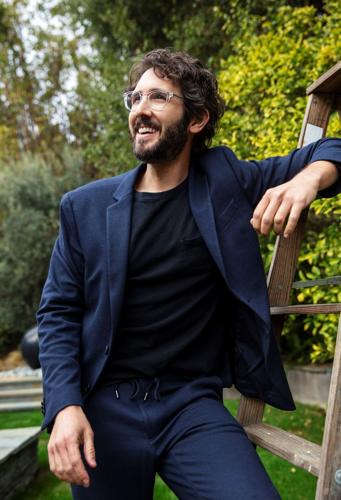 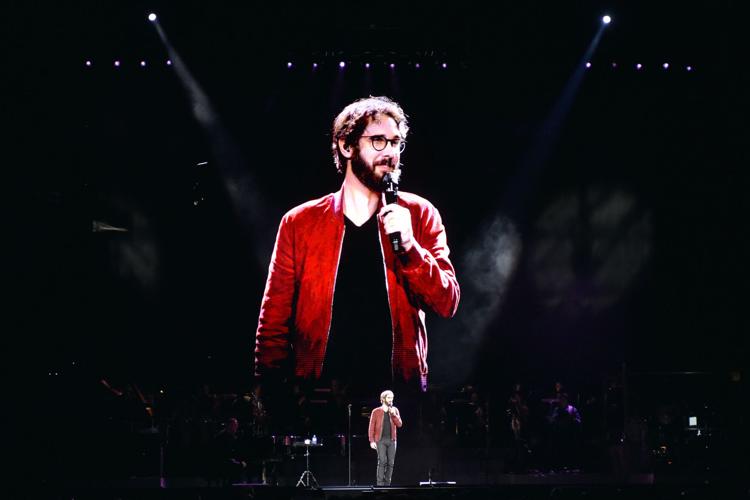 Josh Groban performs on the Bridges Tour at the United Center on Nov. 6, 2018 in Chicago. 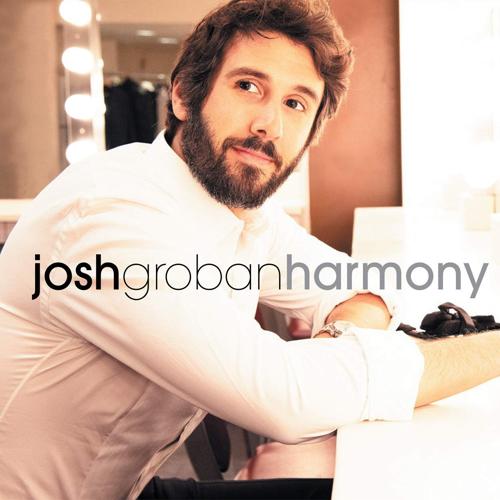 Singer Josh Groban has been looking forward to sharing his music in concert again.

Like all other artists, performing live has been something Groban has missed since the pandemic shut everything down in early 2020.

"I've been waiting for it," Groban said, during a recent telephone interview. "I've been sitting in my pajamas in my bedroom and waiting for it. To say I'm excited about (touring) is an understatement."

Groban said he's looking forward to getting out under the stars at the "beautiful venues" and connecting with fans.

The singer, who started his Summer 2022 Harmony Tour on June 17 in Detroit, brings his show to Hollywood Casino Amphitheatre in Tinley Park on June 25.

Groban said, during the pandemic, he worked on various projects and "found different ways" to be creative musically.

"I did record and finish an album. And I did four or five livestream concerts."  "I tried to keep myself busy," he said. "Idle time is not good for me,' he said, with a laugh. "I always want to know what I'm doing next."

Groban's latest album "Harmony," which his tour is named after, features an assortment of cover tunes made popular through the decades as well as two original songs. Included on the album are songs such as "Angels," "The Impossible Dream," Celebrate Me Home," "She," "Both Sides Now," "It's Now or Never," "I Can See Clearly Now" and more. "Harmony" was released in 2020 on Warner Records.

"I wanted to make an album allowing my vocal hat to come back on," Groban said, about "Harmony." "Many of these are songs fans have requested I sing for years...And these songs are some of my favorites." The album previous to this latest work, he said, was more pop-driven and featured original tunes.

"Even though the songs on the album come from different eras, they flow together well," he said.

(It's nice to) be able to bring artists out with you that you want to collaborate with every night," he said. It's also a way to introduce his audience to new performers, he added.

Prior to Groban starting his summer tour, he said he performed at Radio City Music Hall in April for a short residency. He previously did that show in 2019 as a residency also. He explained that show is more of a "variety show," and is a bit different from the concerts fans will see on the summer stage.

Groban, who is an arts advocate and supporter of arts education, created the Find Your Light Foundation which is "dedicated to ensuring that every child has the opportunity to experience a quality arts education."

He said a group of dedicated fans, in 2004, donated funds for arts education and arts advocacy causes that he was so passionate about and he earmarked that check he was given to start his foundation.

"I'm a product of arts education," he said, adding the arts can greatly enrich a person's life.

He said there's something about the arts that can really touch people and allow one to "be able to experience that connection with other people." He added the arts, as part of a curriculum, can open up a young person's mind in all ways.

It was through the arts and learning about music that he said he ended up singing in his bedroom as a youngster and truly enjoyed it.

"I learned I had a voice, a voice which grew into a career," Groban said.

Ann Wilson to perform at Taste of Joliet

Tickets on sale for 'The Devil Wears Prada, The Musical'

The pre-Broadway world premiere of "The Devil Wears Prada, The Musical"" will be presented July 19- Aug. 21 at The James M. Nederlander Theatr…

'Ain't Too Proud' a high energy tribute to the iconic Temptations

"Ain't Too Proud: The Life and Times of The Temptations" continues to June 5 at the Cadillac Palace Theatre in Chicago.

The release date has been announced for the sequel to ‘Ghostbusters: Afterlife’

How Natalie Portman got taller for ‘Thor: Love And Thunder’

How Natalie Portman got taller for ‘Thor: Love And Thunder’

Mandy Moore cancels remainder of U.S. tour to focus on health during pregnancy

Mandy Moore cancels remainder of U.S. tour to focus on health during pregnancy

Josh Groban performs on the Bridges Tour at the United Center on Nov. 6, 2018 in Chicago.