Live music continues, some events are canceled in the Region
Share this
Return to homepage × 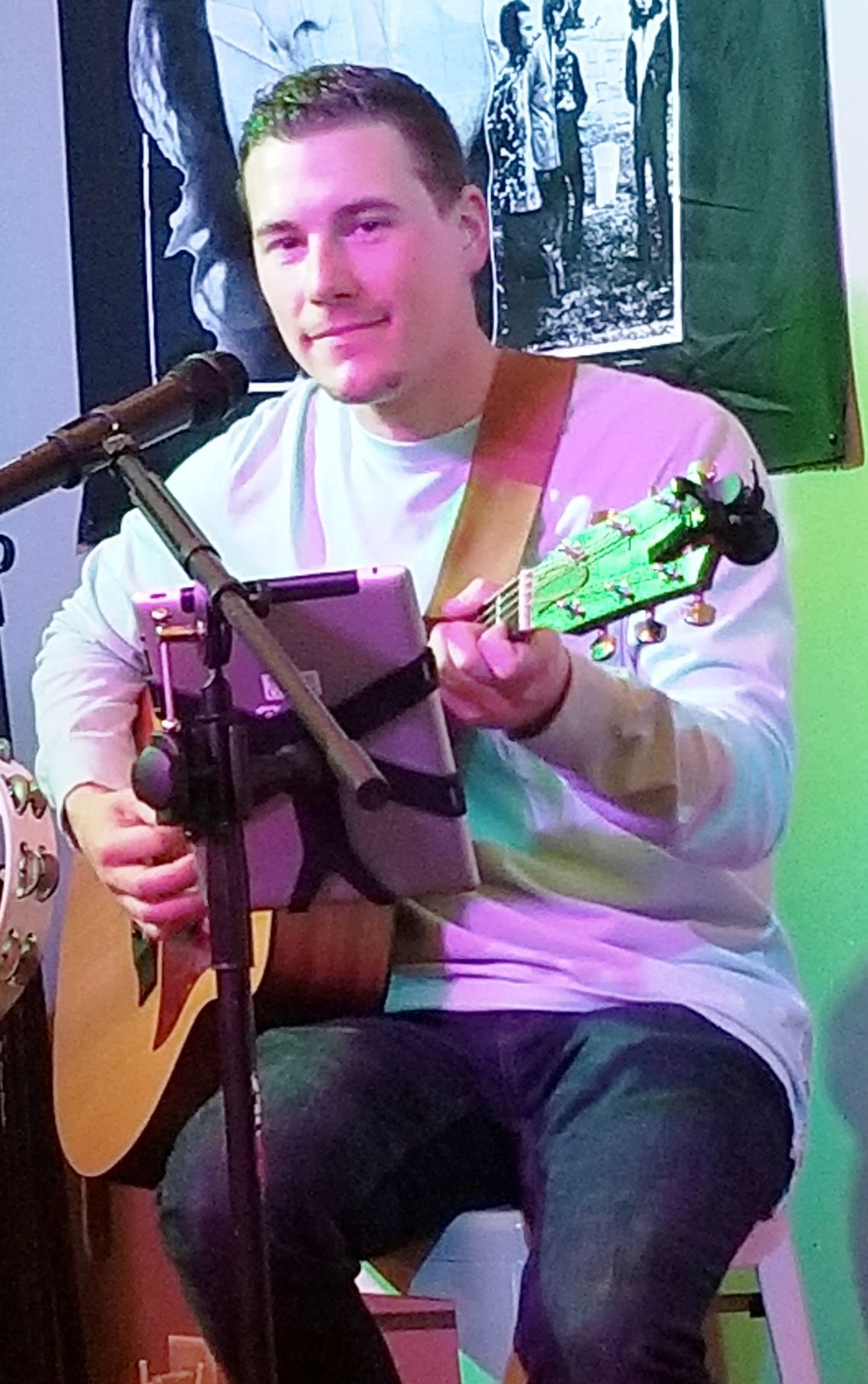 Live music will start returning in small doses to the Region as music makers tip-toe into the scene to strut their stuff for fans hungry for live entertainment.

Among the first to announce the turning on of amps for a public performance is Jerry Clemons. Clemons made a Facebook post noting his Nick Danger Trio will perform from 4-7 p.m. this Sunday to officially kick off the annual Sunday Music Series the trio hosts at Blue Top Drive-In (8801 Indianapolis Blvd.) in Highland.

Many local musicians have really done our NWI region proud these last couple of weeks, by stepping up to keep smiles on the faces of fans and letting them know through music that they have not been forgotten. These artists set up outside nursing homes and senior living facilities to play music for the most vulnerable among us during the COVID-19 crisis.

This columnist's "Annual Birthday Bash," a fundraiser for The Humane Society of Northwest Indiana, with live music by Mellencougar, Ripley Street and other artists planned for June 6 at The Hobart Art Theatre (230 Main St.) in Hobart, has been canceled due to state mandated restrictions in the allowed size of public gatherings.

Although many musicians have been streaming live performances during the COVID-19 lockdown, today marks the 72nd consecutive day of live streaming by NWI songwriter/performer Greg Ashby (facebook.com/J.Greg.Ashby). Ashby has proven to be the embodiment of musical passion and has done his part to keep spirits high for NWI music fans during the long weeks of sheltering in place. Kudos Mr. Ashby for your "keep on keeping on" attitude.

• The Acorn Theater's free live streaming "Thursday Concert Series" continues tonight at 7 p.m. CST/8 p.m. ET at facebook.com/AcornTheater. This week's featured artist is Ken Yates, one of Canada's brightest singer/songwriters who in 2017 was given the Canadian Folk Music Awards for English Songwriter of the Year, along with New/Emerging Artist of the Year.

• Just months after releasing their first new material in 18 years, Chicago's Stabbing Westward continues their newfound momentum by signing a recording deal with COP International to release the band’s upcoming fifth studio album, "Wasteland," alongside at least one new single in 2020. In January, the industrial rock band's two founding members -- Christopher Hall (vocals/guitar) and Walter Flakus (keys/programming) reformed the group and with their original producer John Fryer, released new songs via an EP titled, "Dead And Gone." Hear it at stabbingwestward.bandcamp.com.

• Playing professionally and touring the world since his teen years, Chicago singer/songwriter Tim Larson released a pair of very bleak folk music singles earlier this week -- "Flickering Headlights Illuminate the Way" and "The Fields Where I Watched You Ride" -- in advance of his new album due Sept. 18. Larson noted that he used a portable wireless studio set up to allow him to record in a variety of settings - by the Chicago River, on his back porch at home, and in the barn behind his parent's home in Wisconsin. Check out his songs at timlarsonchicago.bandcamp.com.

• The "2020 Summer Concert Series at RiverEdge Park" in downtown Aurora has followed the trend of late and been canceled by the city due to the uncertainty of the COVID-19 situation and to ensuring the health and safety of concertgoers. The silver lining is that most of the artists on the books for this season have agreed to reschedule for the summer of 2021. Visit riveredgeaurora.com.

• Due to ongoing COVID-19 restrictions, the Chicago-based industrial band, Ministry is rescheduling the July and August dates of its upcoming "Industrial Strength Tour," originally scheduled to begin July 1. The new dates will kick off March 31, 2021 in Seattle and run through May 1, 2021 in San Francisco, hitting all the previously announced markets, including April 10 for a hometown performance at Chicago's Riviera Theatre. The tour’s special guests KMFDM and Front Line Assembly remain on the lineup for this tour, celebrating the 30th anniversary of Ministry’s classic album, “The Mind Is A Terrible Thing To Taste.” More: ministryband.com.

• Northwest Indiana string musician Michael Horgash (of The Unstoppables and New Element) is now serving on an all-volunteer grassroots committee for the FeedNWI project to help food pantries in Northwest Indiana. "COVID has affected our families here, so our team has partnered with LaBraid, a local fundraising company," noted Horgash, adding that local businesses are being sought as corporate sponsors to match funds raised by the community. More at facebook.com/FeedNWI and feednwi.com.

• The NWI/Chicagoland music community lost a great talent when Mark G. Biegel. age 65, of Schererville, passed away surrounded by family on May 13. Mark was a lifelong trumpet playerr whose passion and skills when playing made him a favorite guest artist with many area jazz and rock bands. Mark was a frequent guest at live performances throughout the area produced by Sutton Music Co., where owner Andy Sutton posted on the company Facebook page -- "I will dearly miss him on all the gigs we end up playing this year, and I will forever cherish the memories we made together." Over the years, Mr. Biegel led four of his own traditional jazz bands and was a beloved mainstay at St. Michael's Music Ministry for many years. Fans may make memorial donations in Mark Biegel's memory to The American Brain Tumor Association (abta.org/ways-to-donate) or Brain Up (brainupfl.org).

• My condolences to the family and friends of Travis Pool, 31, an ardent supporter of the NWI music scene who died May 24. Loving comments, photos and memorials to Travis have been posted on several band pages in recent days. Aaron Hedges of The Crawpuppies summed it up best in his FB post -- "(Travis Pool) was one of the biggest supporters of all of us local musicians."

• A new "Best of Live From The Record Bin" segment will be debuted Tuesday (6/2) at 7 p.m. on 89.1FM-Lakeshore Public Radio's weekly program, "Midwest BEAT with Tom Lounges." The segment will feature live radio performances by regional musicians recorded in early 2020 from the performance room at The Record Bin in downtown Hobart. Lakeshore programs stream live at lakeshorepublicmedia.org.

ACM Awards 2020: Check out the list of winners and scenes from the show

Entertainer of the year, the top ACM prize, was presented last and produced a surprise. Here's the full list of winners as well as photos from the night's festivities.

ACM Awards brings live performances back to TV. Here's a look at who's nominated and what to expect

At the Academy of Country Music Awards on Wednesday, there won't be fake fans, canned applause or pre-taped acceptance speeches. Here's a look at what to expect.

Plenty of live local music on tap this weekend

'The Best of Cher': Why her '70s variety show is still so bingeable

These nine DVDs collect a nice chunk of the icon's work, from Vegas concerts to TV appearances. Most bingeable are 10 episodes from her 1975–76 variety show. Here's why.