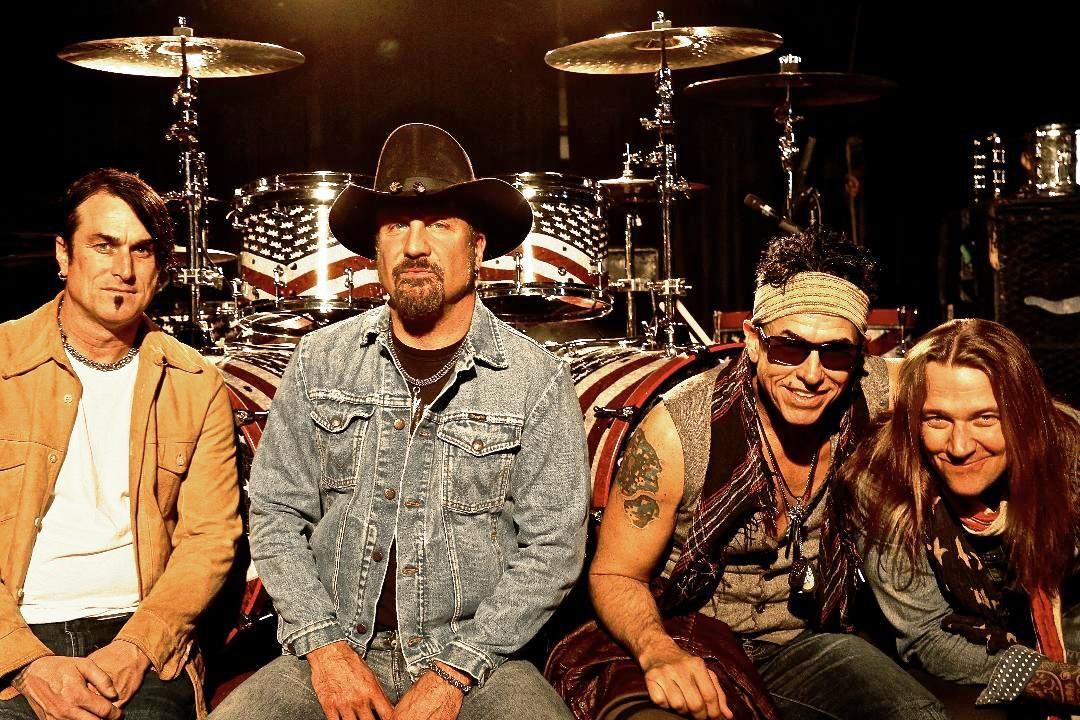 Frontman, vocalist and primary songwriter Jesse James Dupree of the Southern rock group Jackyl set his fledgling band apart from the masses in a big way 30 years ago when he introduced a new kind of "instrument" into the world of popular music -- the chainsaw.

Also well known for producing and starring in the hit reality television series "Full Throttle Saloon" (2009-2015), Dupree told me how the chainsaw tradition began with Jackyl's debut album and its surprise hit single, "The Lumberjack." The singer thought it would be a good idea to give the tune a little added authenticity by firing up an actual chainsaw in the recording studio.

The unique sound of "The Lumberjack" made it a stand out on radio playlists and that first album generated three more Top 30 singles -- "I Stand Alone," "Down on Me" and "Dirty Little Mind" -- making Jackyl one of the most talked about bands of 1992.

Dupree and two other Jackyl co-founders will be on stage tonight at Hobart Art Theater (230 Main St.) in downtown Hobart. Joining Dupree are the rockin' brothers Jeff and Chris Worley -- guitar and drums respectively -- while their funky bass groove is supplied by fourth member Roman Glick. Showtime: 7 p.m. General Admission tickets are $30 with VIP seating options available. Opening acts are The John Yaney Band and Praise The Fallen. More: brickartlive.com

When "The Lumberjack" became such a huge radio hit, it had been performed in the band's live shows. Few concert promoters expected the singer would actually rev up the power tool on stage for a "chain-saw solo," but once sawdust began flying as the whirring teeth connected with a helpless wooden bar stool, fans roared with delight, resulting in the chainsaw assault becoming an expected benchmark of every Jackyl concert.

Hobart Art Theater owner Shane Evans expects tonight's concert to be a sell out, and thinks the uniqueness of the chainsaw in the show is part of the reason. These guys give the fans a great live show. Tickets remained earlier this week, but Evans noted how Jackyl sold out all seats on their last visit to the Art earlier this year.

Jackyl has always had a large following in Northwest Indiana and has a long history of packing regional rockers into seats, as far back as when they did annual stopovers at the now defunct Star Plaza Theatre in Merrillville.

"Man, that was a great place to play," said Dupree of Star Plaza. "We've always loved the Midwest and Star Plaza was like our home there. We always looked forward to playing there and we always had a full house. Maybe the Art (Theater) will become Jackyl's new home in Northwest Indiana!"

Jackyl's last studio album -- "Rowyco" -- hit in 2016 via Dupree's own independent label, Mighty Loud Records, and Dupree told how writing new music has kept him busy during the pandemic shut down, suggesting a new Jackyl album should be dropping soon. Keep up with the band at jackyl.com.

• Leroy's Hot Stuff (333 W. U.S. 20) in Porter welcomes the acoustic Americana pairing of local folkie Ronn Barany and acoustic rocker Steve Ball on Friday, followed on Saturday by tribute group, Visions of Santana. Music starts both nights at 8 p.m. Every Sunday is the "Blues Jam" from 7 to 11 p.m. hosted by Corey Dennison. More: leroyshotstuff.com or 219-926-6211.

• Eric Lambert's latest album, "Beating The Odds," has charted in the Top 10 on the Folk Alliance International Folk Chart Top Albums of the Month. The album has been getting a good amount of airplay around the world, was produced at Thunderclap Studios in Hammond by John Carpenter and features performances by Don Stiernberg, Kyle Patrick O'Brien and Char Fietz Buchanan. More at: ericlambert1.bandcamp.com.

• All ages are welcome to strut their stuff at The Record Bin (1601 Franklin St.) in Michigan City at the store's Monday Open Mic Night from 6-9 p.m. It's  perfect for developing young artists to sit in with one of the well seasoned guest hosts. Most backline provided. More: 219-210-3813.

• Friday's "Midwest BEAT with Tom Lounges" program on 89.1FM-Lakeshore Public Radio's features a double shot of Alligator Blues as two of the Chicago-based blues label's artists guest back to back. From 1-2 p.m. will be guitarist/vocalist Tommy Castro, followed at 2 p.m. by guitarist/vocalist Carolyn Wonderland. Each will discuss their careers while listeners sample selections from their most recent albums.

The Tuesday evening edition of "Midwest BEAT" (11/23) will feature actress/author Dinah Manoff (one of the original "Pink Ladies" from "Grease"). Manoff will discuss her career with a focus on her debut novel, "The Real True Hollywood Story of Jackie Gold" (Star Alley Press). Stream live: lakeshorepublicradio.org.

Throwback Thursday: A look back at the Hobart Lakefront Festival

Heart of the community -- Hobart

Martha Stewart confirms she has a boyfriend

Chicago faves Disturbed and Z'Nuff back in action

Holiday shows begin to usher in the season