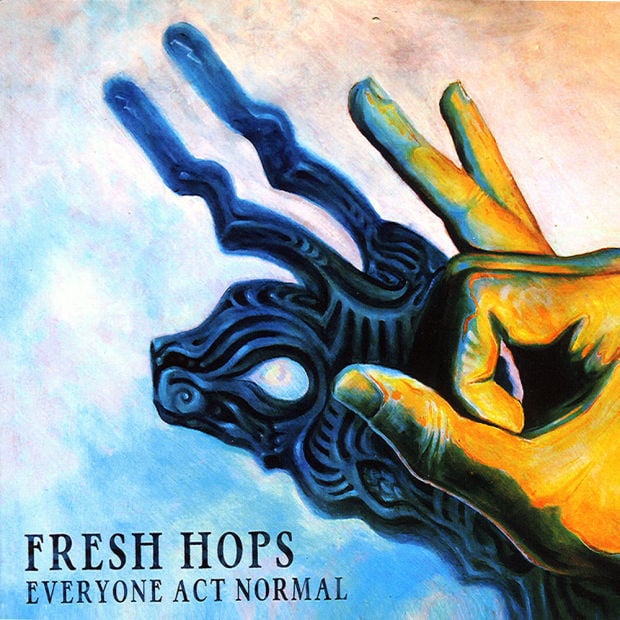 The latest CD from Fresh Hops 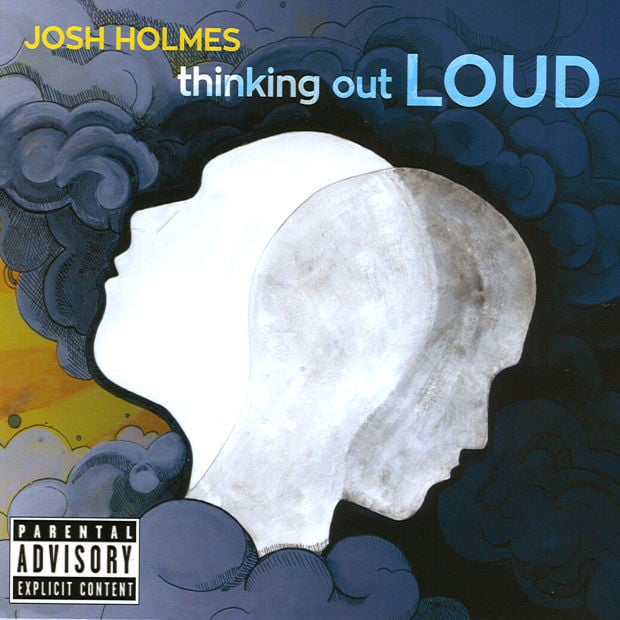 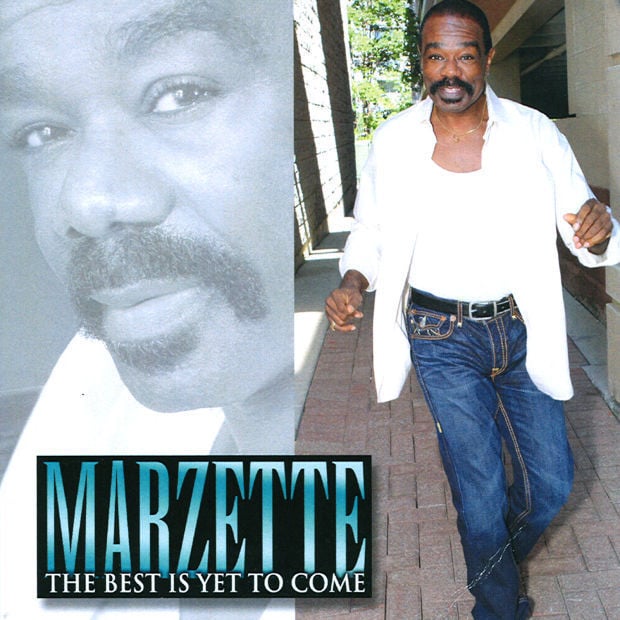 "The Best Is Yet To Come" is Marzette Griffith's lastest album.

The 10 album releases below have risen to the top of the regionally-rooted mountain of music products that hit my desk over the past 12 months. Below are my personal Top 10 picks as the region's best of 2014!

If you are Phishing around for inspired tunes to twirl to, "Everyone Act Normal" is a good choice. This 9-song set of groovy, jammy, jazzy, funky, folkie music is a fresh kind of fusion performed well. Uncluttered production lets the songs really shine.

"Tumbleweed" recalls The Band at their sonic best before things morph into completely new territory with a funk/rock instrumental guitar/fiddle gem titled "27." The compositions and arrangements are stellar, and song sequencing is well planned. Fans of The Band, String Cheese Incident, Phish and Dixie Dregs will enjoy this collection.

Other highlights: "When The Fire Hit the Farm," “Afro Indiana,” and “Tractor Dance.” More: freshhopsband.com.

An impressive 10-pack of songs from his own pen, Siewer's soulful vocal style has a "Van Morrison/Lowell George" quality but is never derivative. The collective of talented region musicians on these sessions contribute greatly to the overall sound.

Siewer was unknown to me until a Times reader emailed me about him and sent in this CD. This will appeal to fans of Van Morrison and Adam Duritz. Highlights: “Lightning Love,” "Candy Heart," “Sunshine,” and the organ heavy "Mt. Olives.” More: paulsiemer.com.

Whereas Norman's 2011 "Take It In Stride" CD was a very good album, with “Traveling Light” he shows tremendous growth in both songwriting and performance. This time around there are horns, gospel singers and a lot more color added to the mix. “Don’t Need A Reason" is a real stand out with its funky Blues Brothers/Stax Records groove Other highlights: “Revival” and the title track. More: sjoelnor.man.com.

Although Holmes is a brilliant songwriter whose tunes worked great on his last two acoustic CDs, it's wonderful to hear him turning up amps again. This CD has Holmes playing all bass and guitar parts, aided by drummer Steve Fields and keyboardist Steve Krupa. Highlights: "Imaginary Lines," "Olive Tree," and “One, Five, Six, Four.” More: joshholmes.net.

Howard & The White Boys have been Chicago favorites for years, yet somehow have remained under the radar. Perhaps this album will make people notice how the twin guitars of Rocco Calipari and Pete Galanis take no prisoners, drummer Jim Christopoulis and bassist Howard McCullum are rock steady, and McCullum's vocals are passionate.

This quartet is best served up live, when beer and sweat is flowing both on and off stage. This is a crisp recording of 11-original songs whixh are as much the stars of this album as the band itself.

Highlights: “Strung Out On The Blues,” “Guess Who's Coming To Dinner,” and “Black Cat.” More: howardandthewhiteboys.net.

Two old friends took a cache of Bolsega-penned songs to producer Neil Holmquist, then decided to invite a few buddies to sit in. The All-Star Shufflers is a collective of nearly 30 musicians who over the course of nine months laid down individually created parts to specific songs; some with a country feel and some more bluesy. "Blink Of An Eye" is a studio experiment that worked. Highlights: "Ain't No Saint," "Little Bit Of Heaven" and the title track. More: beatboogie.com.

This is some really far out stuff - innovative music blending space rock, folk, jazz and psychedelic into a trippy and melodic musical cocktail of modern "bachelor pad" music for the mind and soul. Flowing seamlessly over 10 tracks, the album has inspired arrangements, suburb playing, strong production and a real flair for originality. Fans of Ozric Tentacles, Tangerine Dream, and early Pink Floyd will dig this CD. More: thedaynine.com.

"Jazzy Lady" and "S'all Good' are tasty sax-driven tunes featuring Ides of March's Eisen and Mindi Abair, respectively. Other highlights are the upbeat "Born To Fly" and the soulful "Everyway A Man Can Love A Woman." Fans of Smokey Robinson, Grover Washington Jr., and Lionel Ritchie will enjoy this one. More: marzettegriffith.com.

The 6-song CD is solid from start to finish. "Record Store" laments the loss of vinyl-stocked neighborhood shops, with hand-clapping and lots of pop culture references to The Beatles and others. Plenty of passion and talent showcased here. Other highlights: “Hinsdale” and “Dear Editor.” More: TedSlowikMusic.com.

The Skafish name is woven into Chicago's music scene with Bobby on the radio and Jim a revered punk rock pioneer. Add another Skafish to the list - Brad - lead guitarist/vocalist of The Figbeats, a power-pop/garage rock band with lots of adrenaline.

Many songs recall the mid-'70s West Coast "Beserkley Records" sound of groups like The Rubinoos mashed with East Coast punk a la The Ramones; but with occasional detours as on the Big Star-influenced "That's Alright." This is a set of fun "driving fast with the windows down" music! Highlights: “Diagnosis” “I'm A Rat,” and “Probable Cause.” More: figbeats.com.

BUBBLING UNDER: There were a few releases I wrestled with while trying to whittle down the stack of CDs to just 10. Two very worthy "runner ups" deserving mention are:

ACM Awards 2020: Check out the list of winners and scenes from the show

Entertainer of the year, the top ACM prize, was presented last and produced a surprise. Here's the full list of winners as well as photos from the night's festivities.

ACM Awards brings live performances back to TV. Here's a look at who's nominated and what to expect

At the Academy of Country Music Awards on Wednesday, there won't be fake fans, canned applause or pre-taped acceptance speeches. Here's a look at what to expect.

Plenty of live local music on tap this weekend

The latest CD from Fresh Hops

"The Best Is Yet To Come" is Marzette Griffith's lastest album.