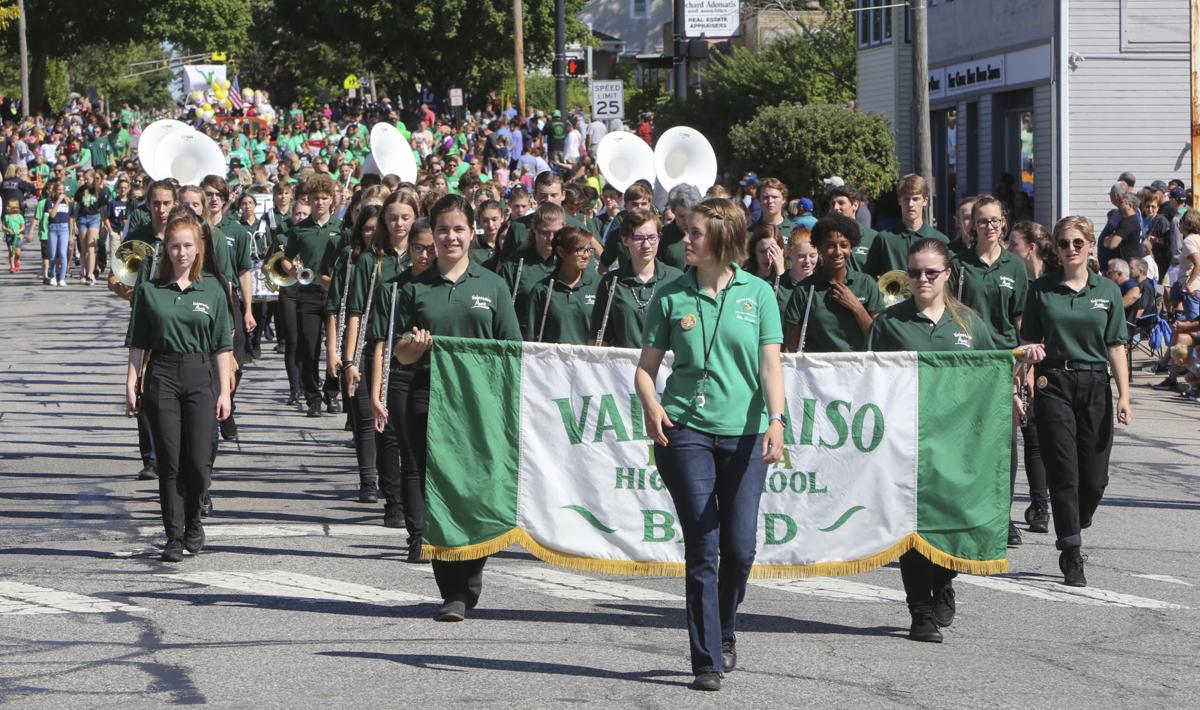 The Popcorn Parade is one of the highlights of the Popcorn Festival. 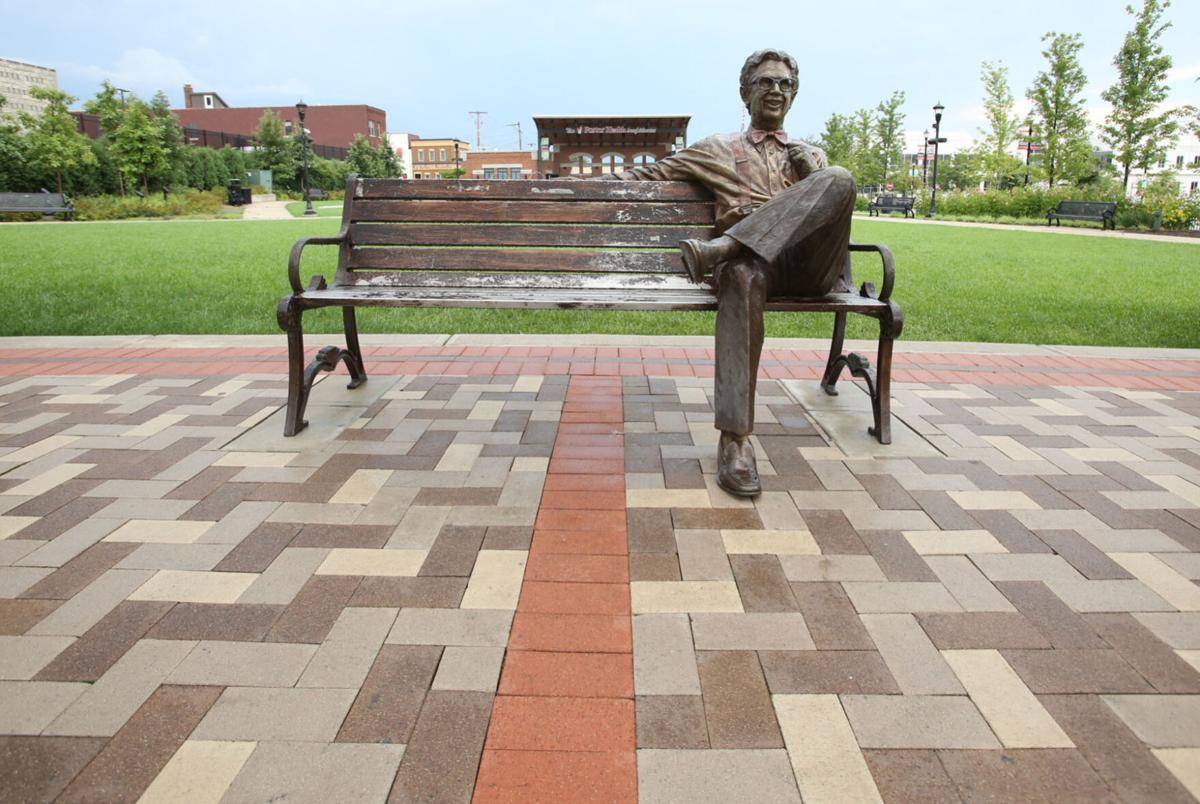 The Popcorn Festival began in 1979 as a tribute to popcorn king Orville Redenbacher, whose statue sits in Valparaiso's Central Park Plaza. 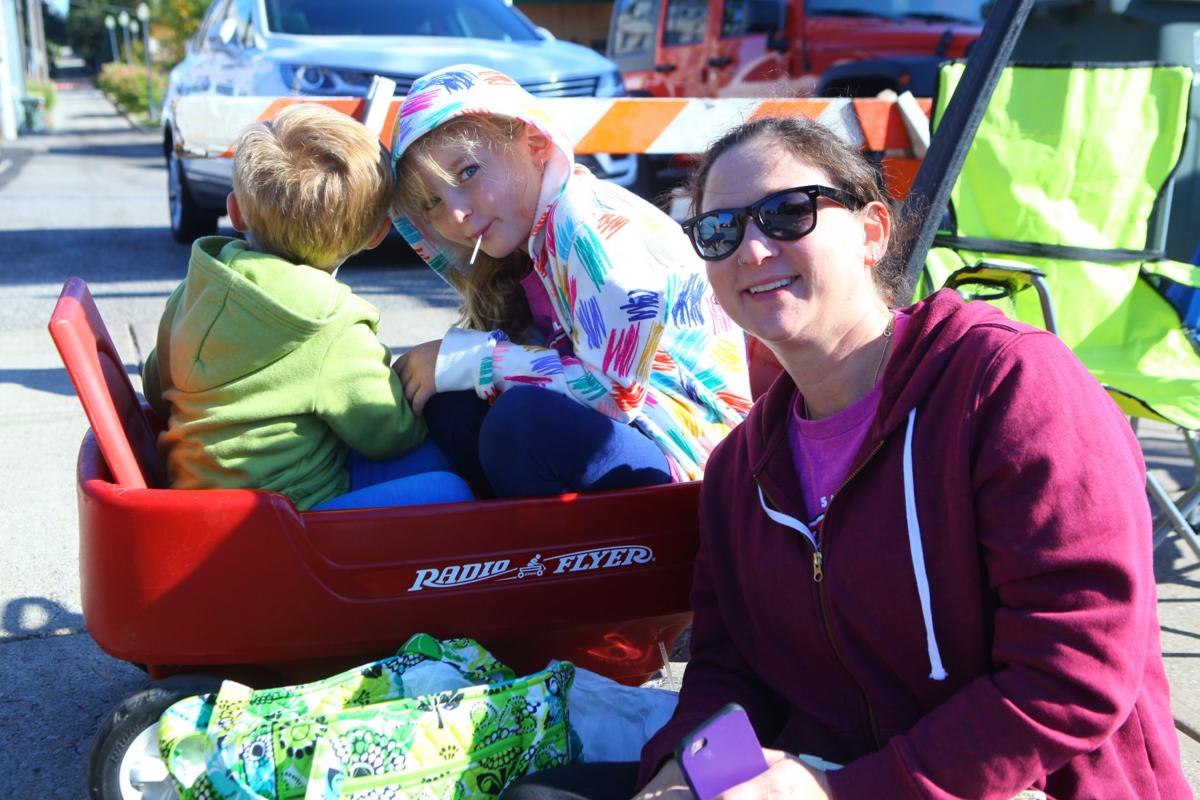 Visitors enjoy the events at the Popcorn Fesitval. 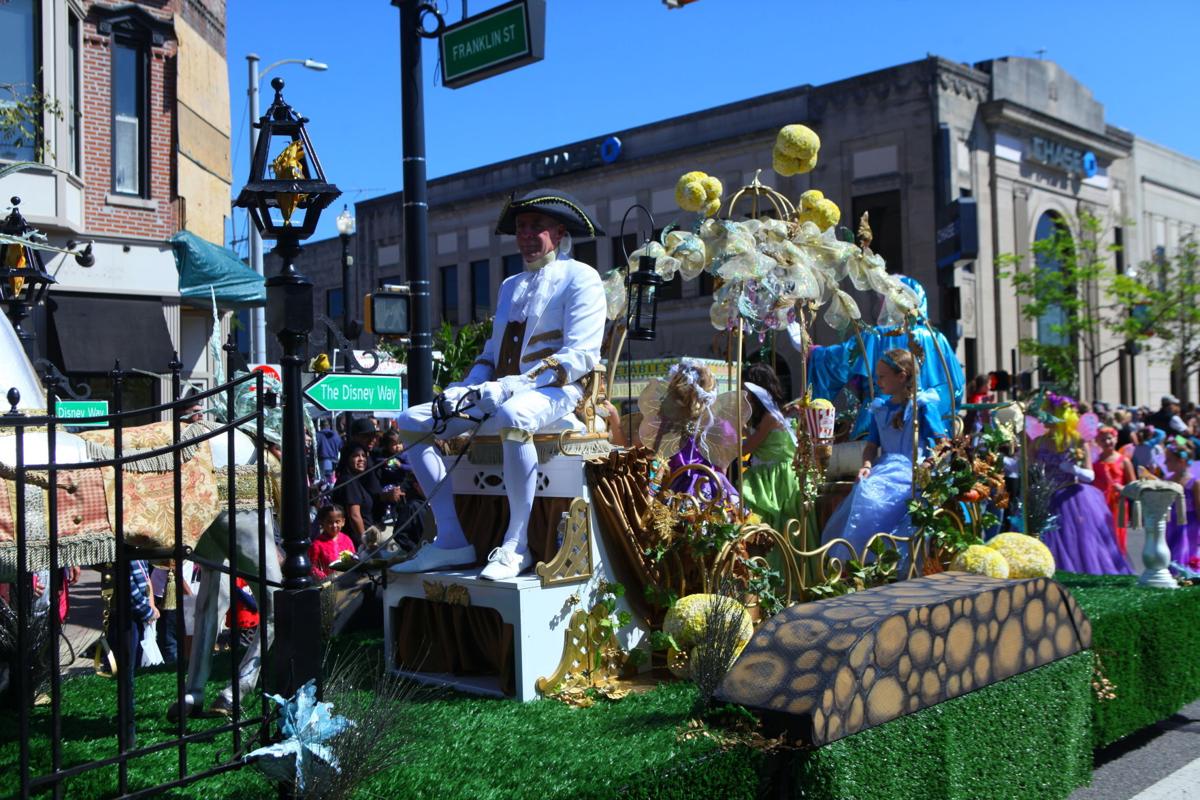 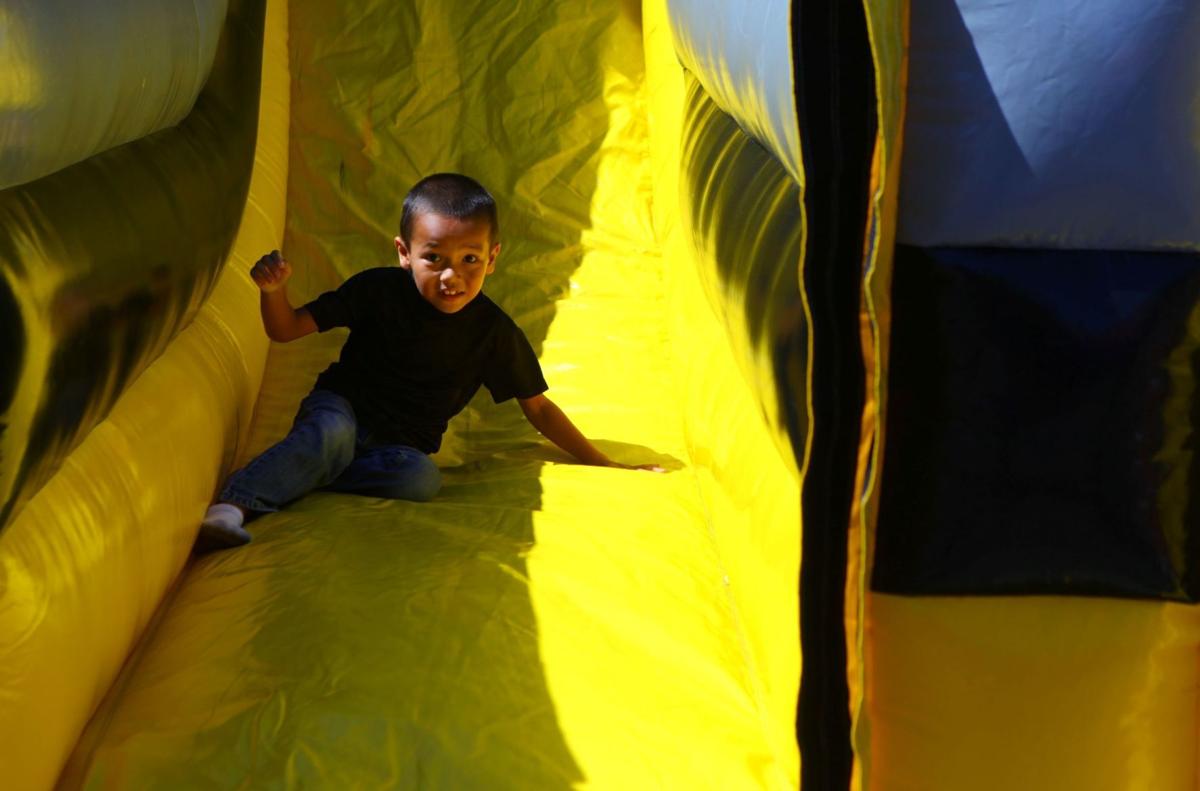 Besides races, a parade and entertainment, the Popcorn Festival offers inflatables for kids. 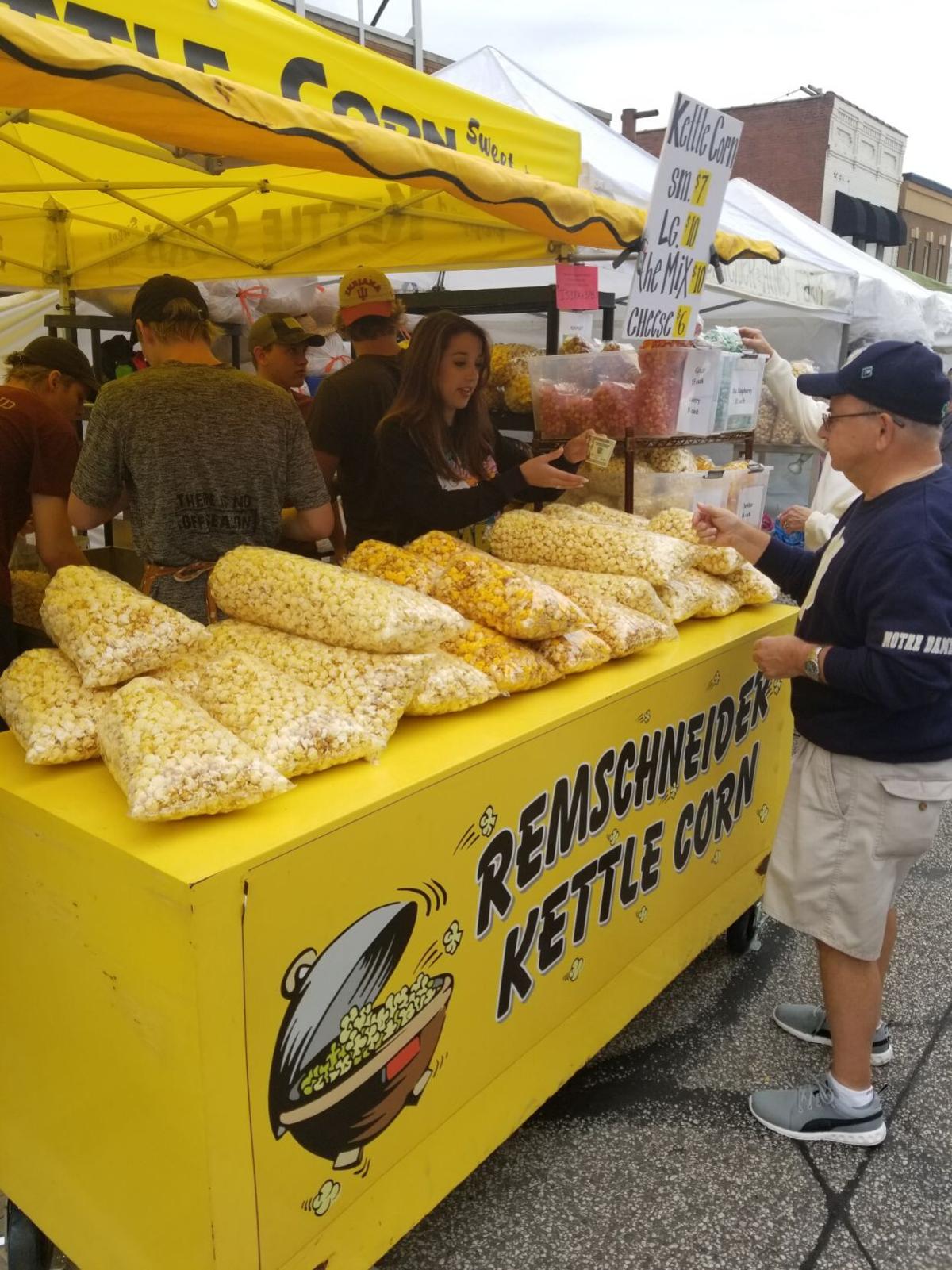 What would a fair be without kettle corn?

The year 2020 will be remembered as one that brought many challenges and lost opportunities. But after a year's hiatus, Valparaiso Events has reinstated a much-loved tradition, the Valparaiso Popcorn Festival.

The 42nd annual Valparaiso Popcorn Festival and many of its related festivities take place from 7:30 a.m.-6:30 p.m. Sept. 11. The very first Popcorn Festival, called the Orville Redenbacher Recognition Day was held on Sept. 15, 1979, and the tradition has continued since with that one exception.

Valpo Parks hosts pre-festival activities beginning on at 6 p.m. Sept. 10 with the Kernel Race. This one-lap, three-quarter-mile run around the Fairgrounds Park track is open to kids 8 to 13.

The fest kicks off at 7:20 a.m. Sept. 11 with the Popcorn Panic 5-Mile Run, followed by a 5K Run/Walk at 7:30 a.m. Both events begin and end in downtown Valparaiso in Central Park Plaza, in front of the Orville Redenbacher statue. The pandemic didn't upend the Panic, which was run in 2020 with distancing precautions in place. At 8:30 a.m., the Lit’l Kernel Puff Race begins for kids 2-9, racing different distances according to age.

At 9 a.m., people are invited to attend a Sept. 11 Remembrance Ceremony at the Michigan Avenue Music Stage. A short program, including an Honor Guard and a Bell Ceremony, will pay respect to those lost in the 2001 attacks on our country.

The main event continues with Popcorn Parade at 10 a.m. with announcers along the route. The parade begins near the Old Town Banquet Center at 711 Calumet Ave. and makes its way down Morgan Boulevard to Lincolnway to Campbell Street, and ends at Benjamin Franklin Middle School, 605 N. Campbell St.

Live music performances at the Main Stage in Central Park Plaza and the Michigan Avenue Music Stage will play throughout the afternoon. Some 250 vendors will be on site, offering food, arts and crafts, fine art and commercial goodies.

From 9 a.m.-6:30 p.m., children can have fun with inflatables and games in the Ultimate Poppin' Play Zone at Michigan and Indiana Avenues, and from noon-7 p.m., adults can enjoy beverages in the Beer Garden, in Central Park Plaza near the Main Stage.

This is the first year planning the Popcorn Festival for Katie Abel and Tom Clifford, events managers for Valparaiso Events.

"We're both absolutely ecstatic about it," says Abel.

"It's great to get the community engaged and involved," adds Clifford.

Valparaiso Popcorn Festival is back for 2021

After a year's absence, the Valparaiso Popcorn Festival is back with all its parade, Panic and entertainment fun.

The Popcorn Parade is one of the highlights of the Popcorn Festival.

The Popcorn Festival began in 1979 as a tribute to popcorn king Orville Redenbacher, whose statue sits in Valparaiso's Central Park Plaza.

Visitors enjoy the events at the Popcorn Fesitval.

Besides races, a parade and entertainment, the Popcorn Festival offers inflatables for kids.

What would a fair be without kettle corn?