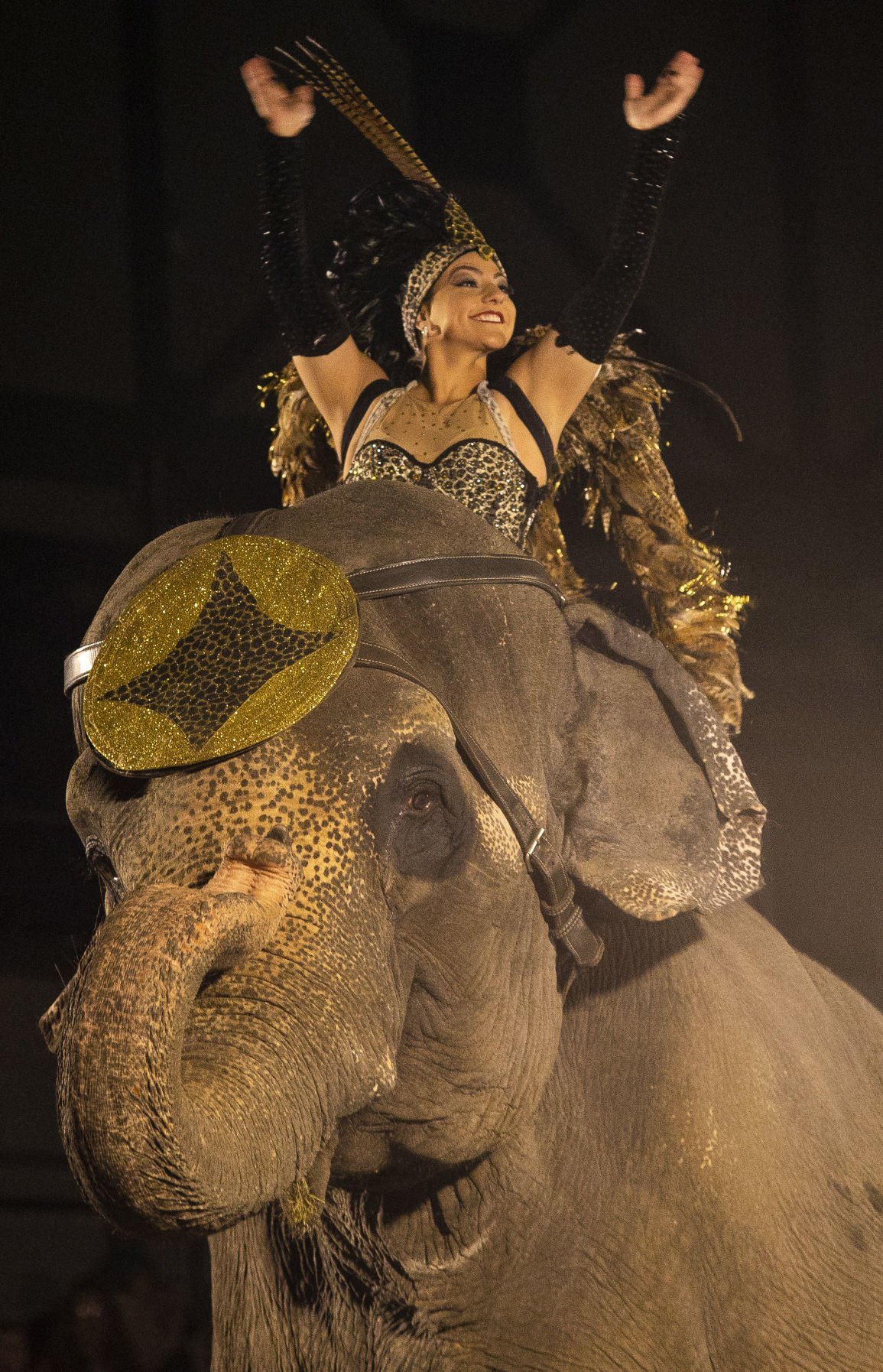 An array of circus stars, including the regal elephants, will perform at The Shrine Circus in Hammond. 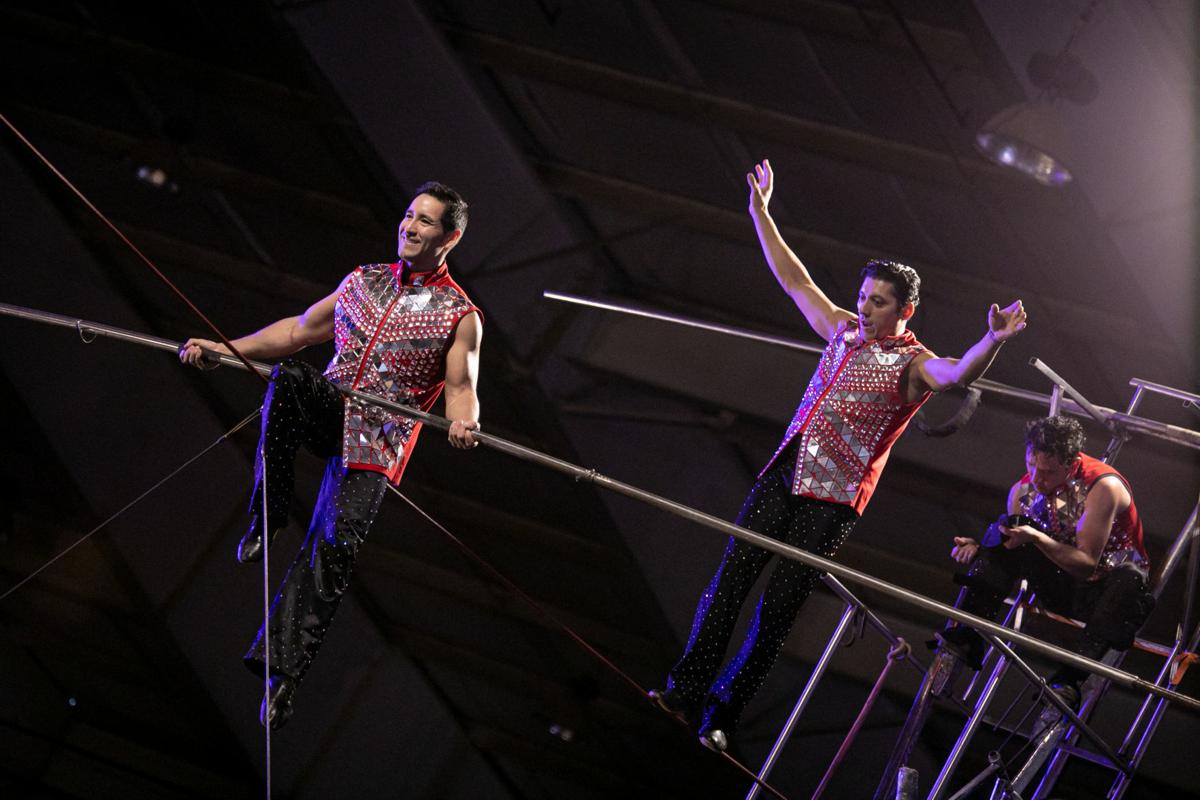 Performers skilled in balancing will be featured in The Shrine Circus. 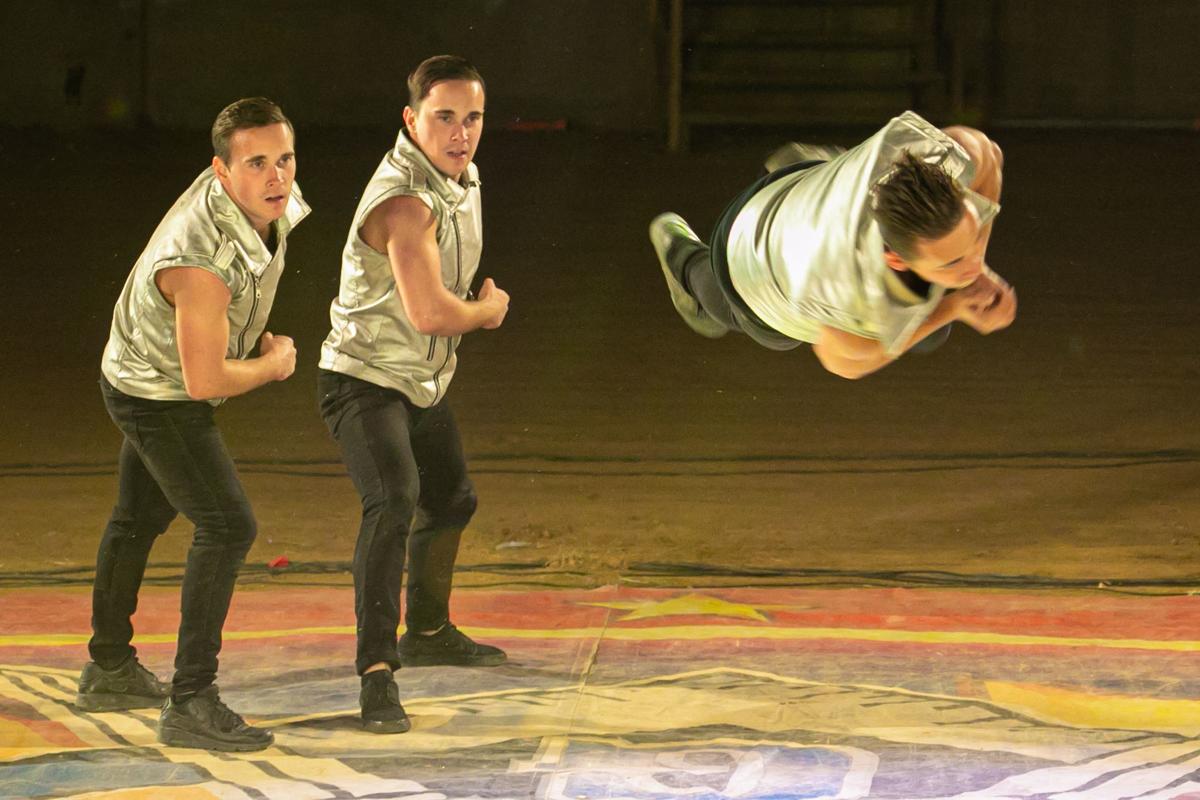 Tumblers, jugglers, aerialists and other acts are among stars of The Shrine Circus.

Audiences eager to see exciting, daring and energetic acts will want to head to downtown Hammond.

The Shrine Circus, presented by Carden International Circus, will entertain audiences during performances Nov. 29 to Dec. 1 at  the Hammond Civic Center.

On the performance roster will be a diverse collection of entertainers and acts including trapeze artists, clowns, assorted aerialists, animal trainers and more.

The animals are indeed a highlight of this circus- particularly the elephants and the dogs.

"The crowd always loves the circus," said Bardo Alexander, ringmaster for Shrine Circus. "This is a show for the entire family. It appeals to young and old."

Alexander said this year alone the Shrine Circus saw the oldest and youngest visitors they've had thus far enjoying the show. "In Sioux City, we had a 104-year-old attend the show. And in San Antonio, one of the kids was 16 days old," he said.

Alexander, who comes from a family - eight generations - of circus performers, said he was recently appointed ringmaster.

"Being ringmaster is the top of the top. It's the biggest rush anyone can have," he said. "It's an awesome feeling."

"I was a daredevil in the circus before," the ringmaster said, adding that he previously performed as a motorcycle rider in the large globes which are set up in the center ring.

Alexander's family hails from Mexico where members of his family had their own circus for years. Now, Alexander travels with his wife, who assists circus personnel with various tasks on the road, and his three children.

Karin Houck, who performs with the dog act in the Shrine Circus, said she's been with the organization for the past five years. Originally from Europe, Houck also performed  with Ringling Brothers and Barnum and Bailey Circus for 13 years.

"I've always been around animals," said Houck, who not only trains dogs but has trained an array of creatures from horses and camels to zebras and more.

Houck said being involved with the circus is a rewarding experience. "It's nice to connect with the audience members," Houck said, adding that it feels great to see a smile on a child's face and know they're having a good time.

Alexander said Hammond has always been a wonderful place to perform because audiences are very welcoming.

Carden International Circus has been presenting the circus arts for the past 55 years.

Circus attendees can arrive at the Hammond Civic Center an hour before the show to take part in Preshow Festivities including meet-and-greets with the performers, animal rides and more.

The Shrine Circus will be featured Nov. 29 to Dec. 1 at The Hammond Civic Center, 5825 Sohl Ave., Hammond. Tickets are $10 for children 12 and younger and $20 for adults. A limited number of $22 reserved box seats are available. Visit spectacularcircus.com for more information as well as special discounts.

Music fans can gather together this season for Sequence Ch!cago.

'White Christmas' kicks off holiday season at Theatre at the Center

There's nothing like an enthusiastic seasonal production to put people in the holiday spirit.

Directing a life in film: Gary's Deon Taylor fulfills his dreams in the movie industry

When Deon Taylor was growing up in Gary, he never could have predicted his life's path would lead to a career in film making. But he did reali…

An array of circus stars, including the regal elephants, will perform at The Shrine Circus in Hammond.

Performers skilled in balancing will be featured in The Shrine Circus.

Tumblers, jugglers, aerialists and other acts are among stars of The Shrine Circus.