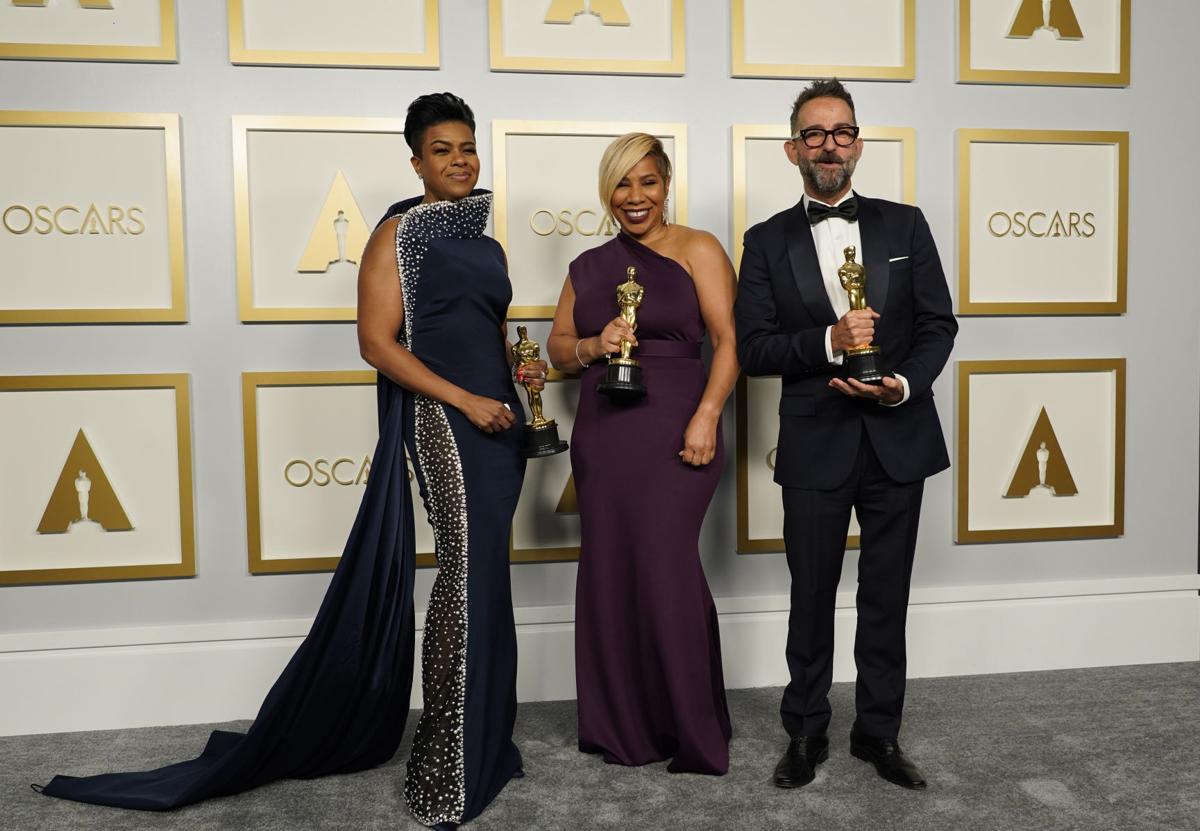 Mia Neal, from left, Jamika Wilson and Sergio Lopez-Rivera, winners of the award for best makeup and hairstyling for "Ma Rainey's Black Bottom," pose in the press room at the Oscars on Sunday at Union Station in Los Angeles. 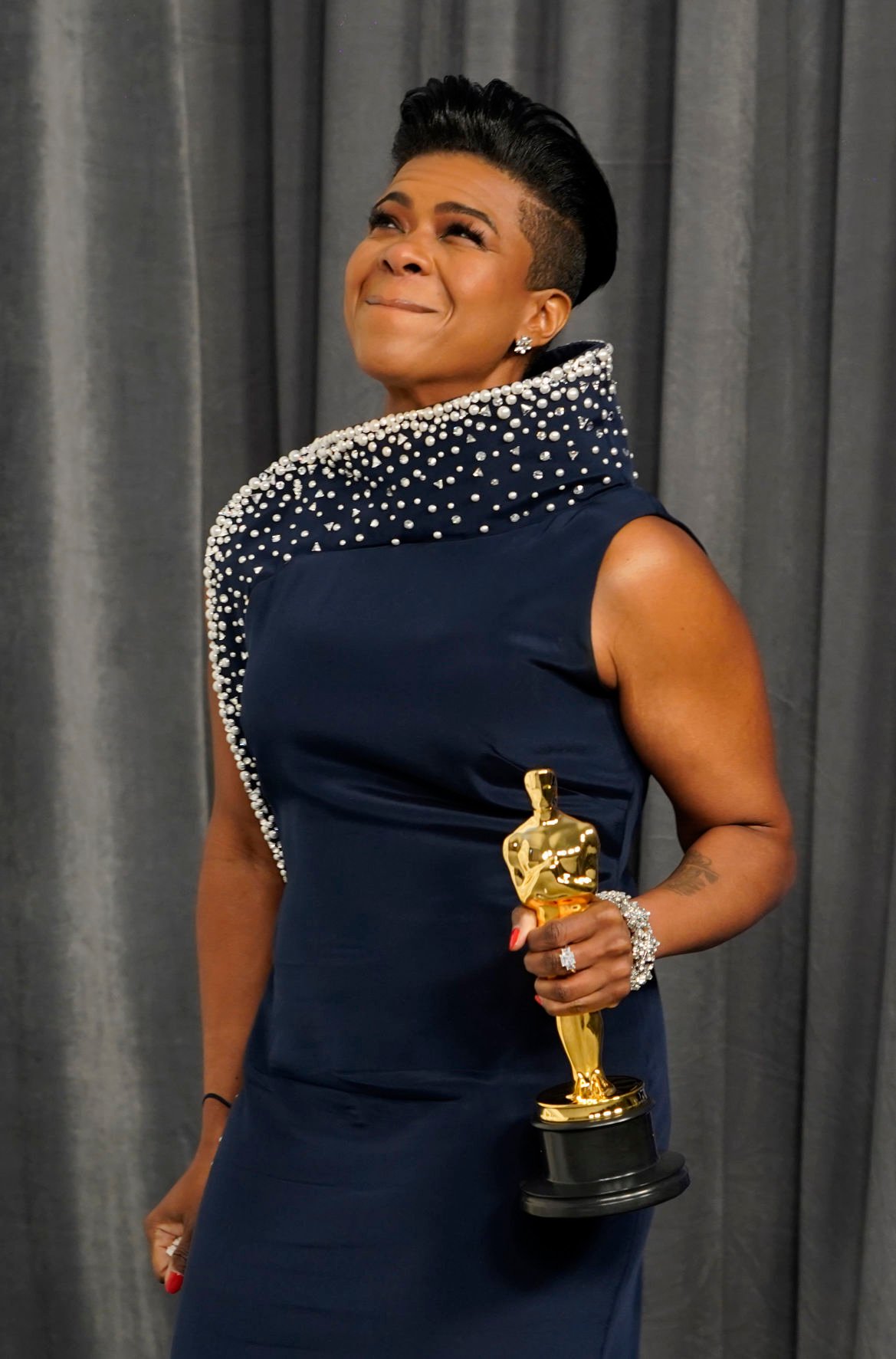 Mia Neal, winner of the award for best makeup and hairstyling for "Ma Rainey's Black Bottom," is pictured with her Oscar. 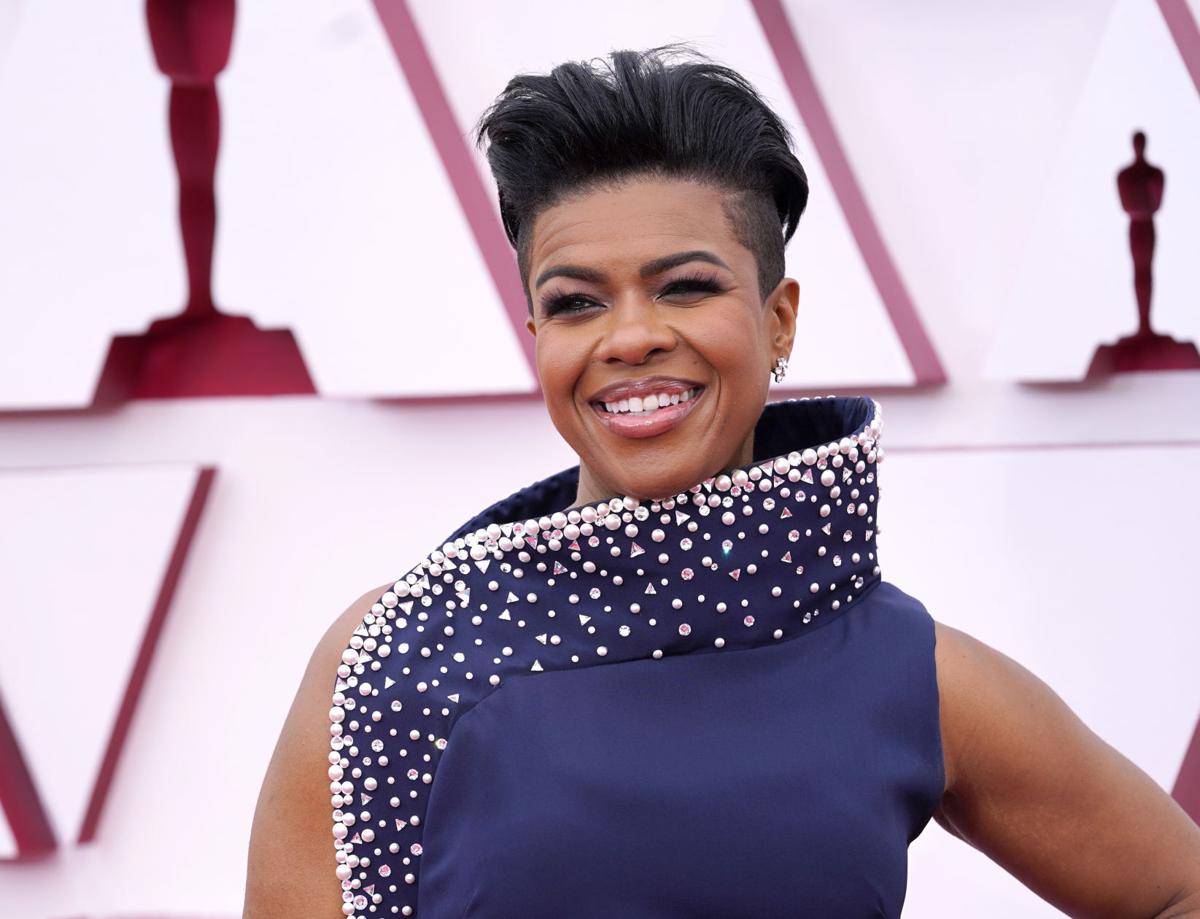 Gary's Mia Neal arrives at the Oscars on Sunday. 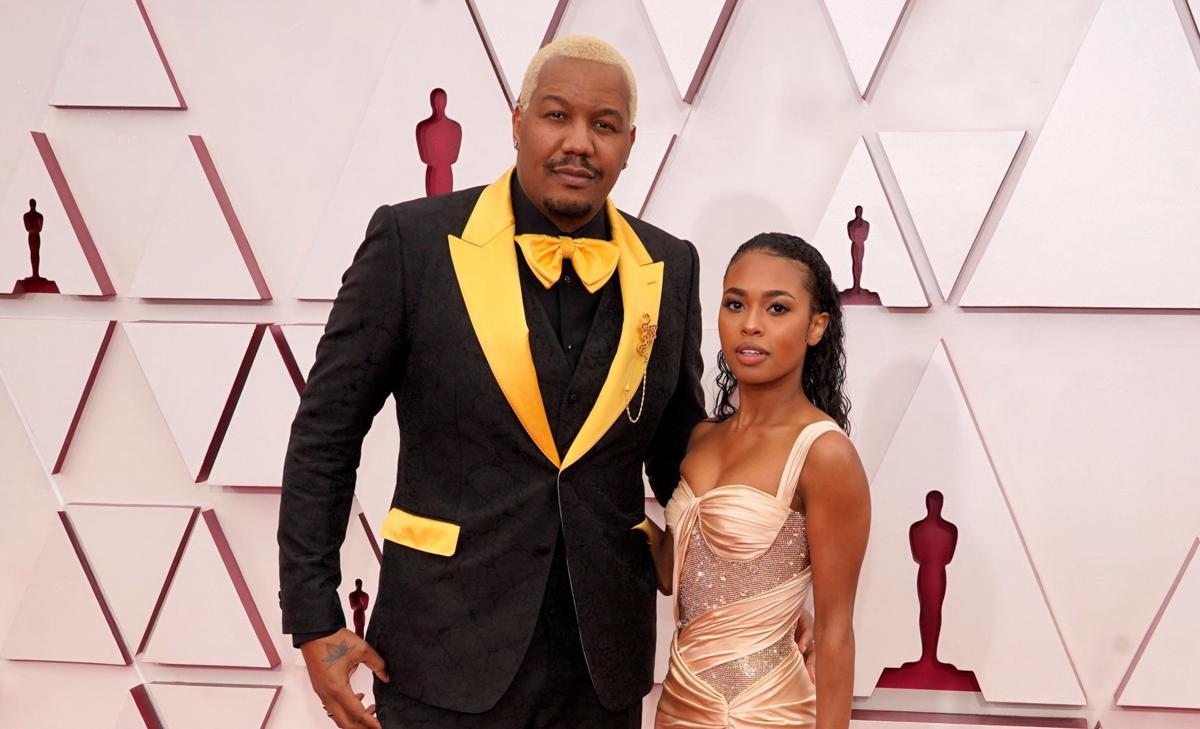 Gary native Mia Neal made record-breaking headlines at the 2021 Academy Awards, and a Munster High School graduate sat among other actors as the movie in which she stars snagged an Oscar.

Neal, along with stylists Jamika Wilson and Sergio Lopez-Rivera, won the Academy Award for Best Hair and Makeup on Sunday for their work on Netflix's "Ma Rainey's Black Bottom."

Neal and Wilson are the first black women to win an Academy Award in the Hair and Makeup category in the history of the Oscars.

"I want to say thank you to our ancestors who put the work in, were denied but never gave up," Neal said as she accepted the Oscar. "I also stand here as Jamika and I break this glass ceiling with so much excitement for the future because I can picture black trans women standing up here and our Asian sisters and our Latina sisters and Indigenous women, and I know that one day it won't be unusual or groundbreaking, it will just be normal."

Munster High School graduate Zaria Suggs, also known as Zaria Simone, attended the Academy Awards with the team representing the film "Two Distant Strangers," in which she stars. Suggs is credited as simply Zaria in the movie, which won an Oscar for Best Live-Action Short Film.

Neal, who is the daughter of Gary's Dena Holland-Neal and the granddaughter of the late former Gary Deputy Mayor James Holland, is a graduate of Horace Mann High School in Gary. She also attended Jackson State University in Jackson, Mississippi, and studied wig design and makeup at Juilliard.

"I'm overwhelmed," said Neal's mother, Holland-Neal, about her daughter's Oscar win. "I was just speechless. I had a Zoom party going on so everyone was screaming," she added. "I'm so proud of her."

Holland-Neal said it was "fantastic" to hear that her daughter won. "I'm still floating and trying to process that this really happened," she said.

During the Oscar acceptance speech, Neal told the crowd she was raised by her grandfather and thanked him for his example.

"He was an original Tuskegee Airman. He represented the U.S. in the first Pan-Am Games. He went to Argentina. ... He graduated from Northwestern University at a time when they did not allow blacks to stay on campus," she said.

While working on "Ma Rainey's Black Bottom," which stars Viola Davis as Blues singer Rainey, Neal fashioned a wig out of horsehair for Davis. It was customary that Rainey wore horsehair wigs while performing. And Neal and the team wanted everything authentic.

According to Variety.com, Neal said the horsehair she ordered to work with arrived covered in "manure and lice eggs."

"I ended up building that wig, strand by strand. And every time I pulled those little hairs through, I had to scrape off the manure. It was a challenge, and that was the first time I had ever built a wig with horsehair," she said.

Gallery: Oscar winners from years past

The artist, who lives in LaPorte County's Long Beach, said she never had any formal training in art.

Northwest Indiana Symphony Orchestra embarks on its return to the stage with the String Quartet show at 7:30 p.m. April 9 at The Auditorium of Living Hope Church on the Merrillville/Crown Point border.

Anthony Key, a Valparaiso resident who grew up in Merrillville, appeared last weekend on an "American Idol" audition segment.

Cory Goodrich will perform early Mother's Day concerts at 1 and 7:30 p.m. May 6 in the ballroom at The Center for Visual and Performing Arts in Munster.

Every year, a special storytelling production titled "Listen to your Mother" puts the spotlight on motherhood in all its glory, heartbreak, humorous moments and more.

Pets of the Week is a regular feature highlighting pets up for adoption in the Region.

A salute to moms: 'Listen to your Mother' shares thoughts on motherhood

"Listen to your Mother," a production featuring stories of mothers of all types and personalities, will be relayed by a cast of local performers May 8 at The Hobart Art Theater.

Mia Neal, from left, Jamika Wilson and Sergio Lopez-Rivera, winners of the award for best makeup and hairstyling for "Ma Rainey's Black Bottom," pose in the press room at the Oscars on Sunday at Union Station in Los Angeles.

Mia Neal, winner of the award for best makeup and hairstyling for "Ma Rainey's Black Bottom," is pictured with her Oscar.

Gary's Mia Neal arrives at the Oscars on Sunday.