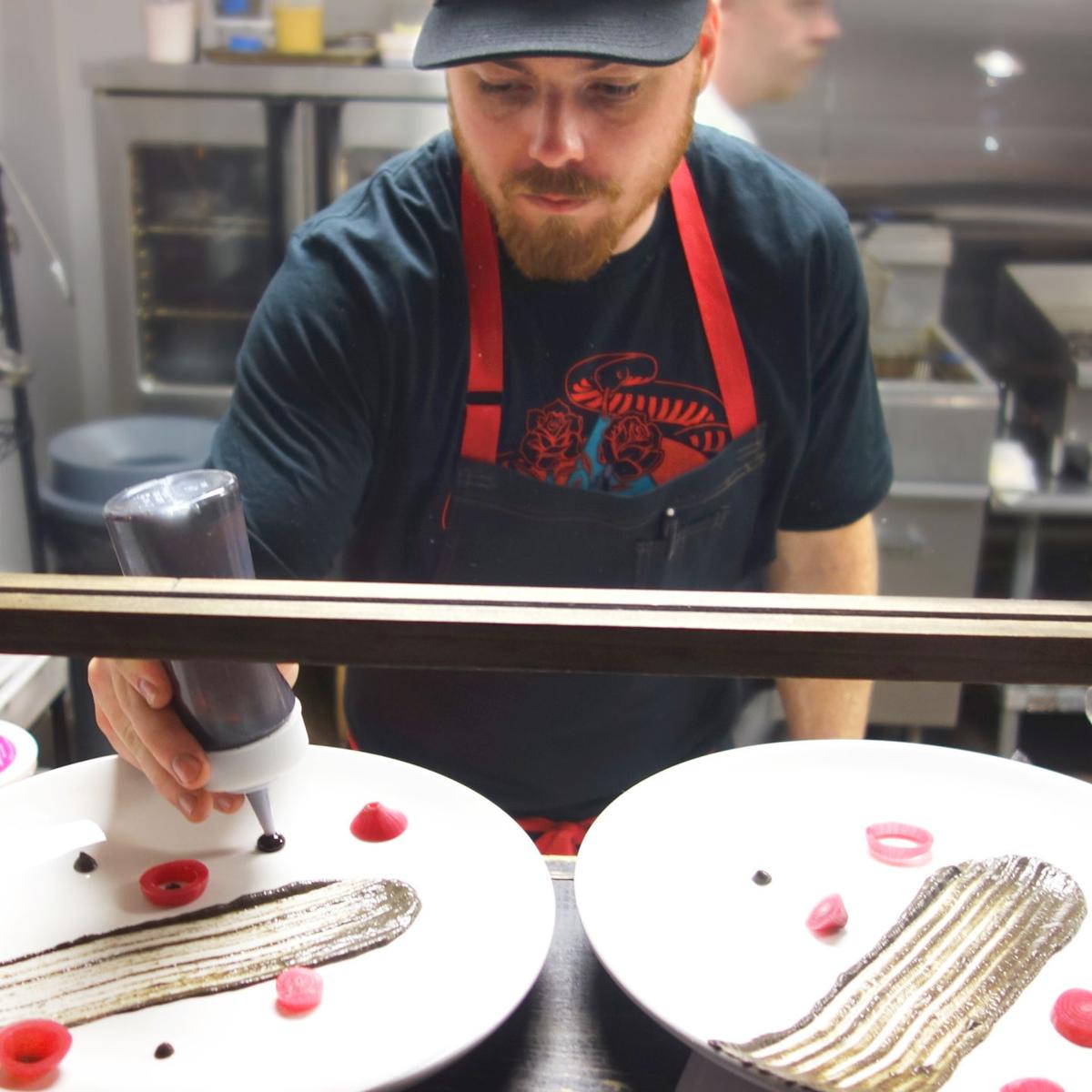 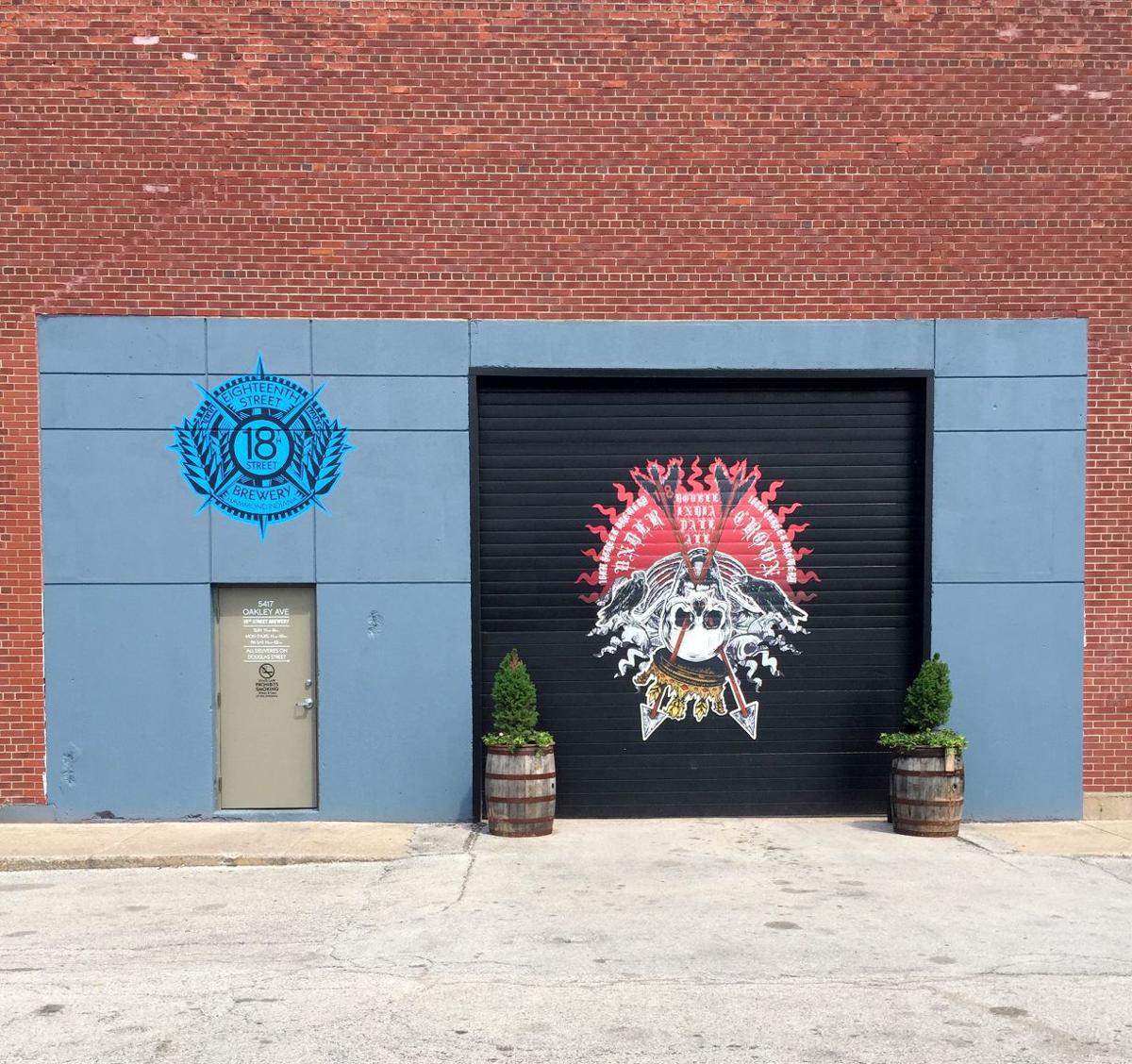 HAMMOND — 18th Street Brewery has a new chef with a pedigree that includes Michelin-starred restaurants in Chicago.

Chef Andrew Dering has worked at the Michelin Star-winning Longman & Eagle in Logan Square and Dusek's Board and Beer in Pilsen, where he was a sous chef for dinner and brunch. Dering, who studied at the Washburne Culinary Institute, will cook at 18th Street's Hammond brewpub at 5417 Oakley Ave. He's going to update the menu, such as with a cured and smoked meat program.

"From an elevated pub fare menu to an innovative fine dining cuisine dinner menu to Sunday brunch, we are excited to have someone with the vision, motivation, and calibre of Chef Andrew join our team," 18th Street Creative Director Joey Potts said in a news release. "Once you experience his culinary creations, you will be too."

Dering also has worked at Chicago restaurants like the Graham Elliot Bistro and A10, which he helped open. He was chef de cuisine at Billy Sunday, an upscale gastropub in Chicago's chic Logan Square neighborhood.

18th Street Brewery has brewpubs in Hammond and Gary, and is known for its acclaimed sours and barrel-aged beers. Drew Fox's craft brewery was named best in Indiana by RateBeer when it opened in Gary's Miller neighborhood in late 2013 and has won plaudits for food, such as its discontinued Mother Clucker chicken sandwich. It was recently featured in BeerAdvocate and New York Magazine.

Griffith has one of the trendiest, most up-and-coming downtowns in Northwest Indiana with th…

18th Street Brewery in Hammond and Gary has long been a big supporter of the arts, hanging t…

Northwest Indiana residents likely believe the 219 is better than the 317.

The City of Gary is doing a rebranding campaign after long struggling with an image problem.

Many big companies realized during the Great Recession they can't continue to do things the same way they always have, but innovation has deep…

Brown's Chicken and Pasta closed its last remaining Indiana location in Highland last year, but now the boss has come to town.

Earlier this year, 18th Street Brewery in Hammond brought in chef Andrew Dering, who has worked at the Michelin Star-winning Longman & Eag…

18th Street Brewery's BAN Art Fair returns in December, and the brewery is looking for more artists to participate.

TASTE TEST: Stuffed Pepper's Burger of the Gods is a divine revelation

Avocado toast is all the rage with the kids these days as millennials notoriously love the smooth, creamy taste of avocados, the south-of-the-…

Angelo's Prime, a longtime staple in the south suburbs, recently opened a Schererville location near the Crossroads of America at U.S. 30 and …

TASTE TEST: Chomp into some shark at Region Ale

Sharks have a fearsome reputation because of Hollywood movies like "Jaws," "Deep Blue Sea" and "Sharknado," but far more people are killed eve…

It may be cold out, but life's beachy at Phil's Caribbean Cuisine at 2330 Cline Ave. in Schererville.

Tapas Cafe has delighted diners with its Spanish cuisine on U.S. 30 in Merrillville for years, but it recently relocated to the old Phat Phil'…

Barton's Pizzeria at 7201 Calumet Ave. in Hammond is a no-nonsense old-school joint where it slides pizzas fresh to order into a massive oven …

Lucrezia Italian Ristorante in downtown Crown Point is a classy place for a date night or a special occasion.

Off Square Brewing has been a hot table in Crown Point, usually requiring a wait to be seated on weekend evenings.

TASTE TEST: Try Fiddlehead's 'The Hipster' sandwich before it's cool

Fiddlehead, a newish restaurant that opened three years ago in downtown Michigan City, serves up locally sourced comfort food such as grass-fe…

Remember when people were eating pizza?

Blue Point Oysters and Sushi Bar opened in 2016 on the courthouse square in downtown Valparaiso, offering the many sophisticated diners in the…

It's beach season again in Northwest Indiana, and Region residents have been flocking back to the Lake Michigan lakeshore.

No summer in Northwest Indiana is complete without at least one stop at the lakefront in Michigan City, where the landmark lighthouse beckons …

What’s a summer in the Region without catching at least one Gary South Shore RailCats game?

HAMMOND — The recently opened Asian Kitchen offers both Vietnamese and Chinese cuisine in a small, intimate setting or for take-out.

TASTE TEST: Bite into a legend at Redamak's

NEW BUFFALO — A ritual of summer in Northwest Indiana is heading to the pristine beaches, wineries and touristy towns in southwest Michigan.

HAMMOND — Xenomorphs from the Alien film franchise are notoriously hard to kill.

TASTE TEST: Duck blood soup at The Polish Peasant a taste of the old world

MICHIGAN CITY — The Polish Peasant has been serving traditional Polish cuisine since it opened last year at 624 Wabash St. in downtown Michiga…

HIGHLAND — Jose's Family Restaurant in downtown Highland is arguably the best Peruvian/Italian/Greek diner in the Region.

MUNSTER — 3 Floyds' acclaimed craft beer is aggressively hopped, but with more nuanced flavors and subtle notes than seem possible from such i…

MUNSTER — Harvest Room, the Palos Heights-based farm-to-table restaurant that brought downtown dining to the south suburbs, has earned a numbe…

TASTE TEST: Chow down on a Macedonian burger at Eli's Golden Apple in Crown Point

GARY — A favorite among the brunch set, avocado toast has taken off in popularity in recent years.

HAMMOND — Much in the way that General Tso's Chicken was invented in New York City and not China, saganaki is a North American Greek food that…

Da Bears went from worst to first in the NFC North with a new coach, a developing second-year quarterback, and of course the blockbuster acqui…

There comes a fateful, momentous time in every person's life when they need to get their fried cheese on.

Commercial fishing in Lake Michigan died out long ago, but seafood remains a staple of Region cuisine.

Faces of the Region: Big Barn Beer Fest in Hobart