Russia unleashes missiles but Ukraine says most shot down. Get the latest 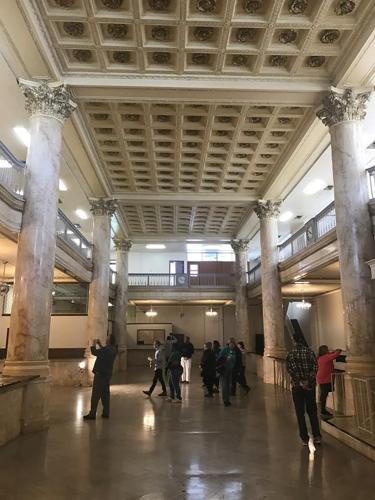 Artist Lauren Pacheco plans to turn the sixth floor of the Gary State Bank building, the lobby of which is depicted above, into a art space with pop-up galleries, museums and visitor centers. 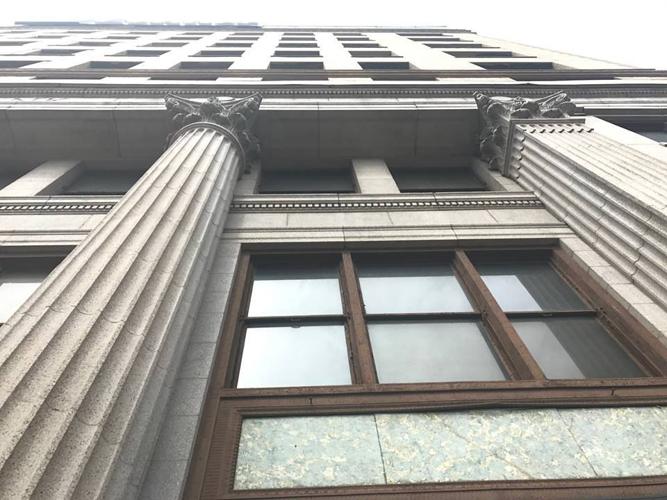 Artist Lauren Pacheco plans to turn the sixth floor of the Gary State Bank building into an art space with a variety of activities. 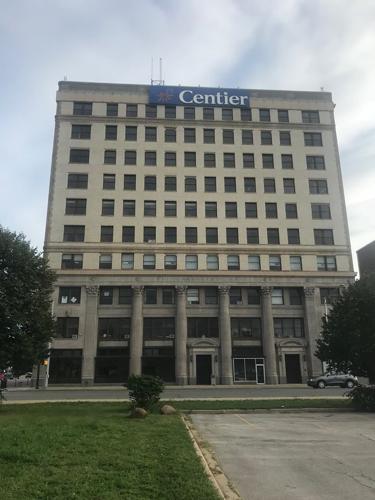 Gary's Gary State Bank building is envisioned as a hub of art activities.

From her office in the former Gary State Bank tower that looms over downtown Gary, public arts administrator Lauren Pacheco has watched the arts start to invigorate the hollowed-out husk of the once-industrial titan, the city of Gary.

Pacheco, the director of arts programming and engagement at Indiana University Northwest, has seen ArtHouse: A Social Kitchen train culinary entrepreneurs down 5th Avenue; the Decay Devils restore Union Station just north on Broadway; and a sculptor transform a bus stop into a work of public art one can sit on just across Broadway.

Pacheco has gotten permission from the building's owner to transform the sixth floor of the bank tower into an art space that could be a cultural hub for Northwest Indiana, likely dubbed “The Arts Club of Northwest Indiana.”

The space could host exhibits, large-scale installations, performances, music, and other cultural events. It might even be used to host an artist residency program for visiting artists.

“It’s an amazing, creative use of this floor that re-examines traditional arts. We want to be more playful than a traditional arts institution while offering cultural amenities to the city and Region.”

"It's a great idea. Some of our best initiatives have come in group settings," he said. "Everything from current projects, the Gary Preservation Tour, and more have all stemmed from group brainstorming events. Putting several artists into one space will lead to larger and more cohesive projects moving forward."

Pacheco’s hope is to reimagine Gary as a hub of arts and culture, where visitors could decamp from the nearby Indiana Toll Road and South Shore Line and learn about more things to see and do in Northwest Indiana.

She has big plans for the sixth floor of the 10-story, 91-year-old bank tower, the tallest building in the city.

“We want to encourage people to visit the city, the historical sites, the cultural attractions, the architecture. We want people to get off the train, bus or highways and experience the cultural heritage and legacy. They can see visitors centers to the neighborhood, Hammond, Munster, Griffith and other communities.”

The art space also could host exhibits from other cultural institutions across Northwest Indiana, effectively advertising for them and encouraging visitors to explore culture across the Region, she said. It could for instance display a few pieces from venues like South Shore Arts, the Brauer Museum of Art at Valparaiso University and the art galleries of Miller.

Creating a buzz in Region, Midwest?

“We could pull in a number of different artists, not just from Chicago and Chicagoland but (also) from Minnesota, Wisconsin and a collection of artists from around the area. We want to encourage tourism, to get people to participate in the art walk of the Miller Arts and Creative District or visit local galleries.

"It would be a non-traditional center that would say welcome to the city of Gary, maybe to urban explorers who just came from Detroit. The visitor room would be curated from groups in Munster or Indianapolis.”

Visitors would learn about the history, architecture, amenities and culinary offerings of Gary and the surrounding Region.

“They would experience the bigger picture of what the Region has to offer,” Pacheco said.

“We definitely want to encourage people to experience Gary but also to see the bigger picture of what they can see and do across the Region. We like the idea of being a one-stop kiosk of all that information, with pamphlets about where to go.”

The Arts Club of Northwest Indiana likely will only be open to the public Thursdays through Sundays. It will aim to employ local residents and offer a platform to independent artists, art collectives and historical preservation groups.

“We want to celebrate the work they’re doing and ask important and critical questions,” she said. “The question is how we make investments in a cultural community heritage site for the city of Gary, how we really invest in the city of Gary.”

Cultural programs will include evening open houses and live music, such as sets from local DJs meant to evoke NPR Tiny Desk Concerts. The goal will be to engage youth, students, and families in the local arts scene.

Pacheco, who’s also spearheaded the #PaintGary public mural project and brought an exhibit of work from VU's Brauer Museum of Art to Indiana University Northwest, hopes to make Gary cool and perhaps create a model for redeveloping the rest of the Rust Belt.

“We want people of all ages to check out the Gary landscape,” she said.

“We’re going to do it as a whole adaptive, reused concept. A lot of the buildings in the city are in bad shape, but we want to have a powerful conversation about the built environment and the future role of those buildings. We want to develop a new narrative for the city.”

Gary must do something to combat decades of population decline, and a time-honored remedy has been to attract the creative class, Pacheco said.

“The city of Gary has an amazing history, people and architecture,” she said.

“There’s an opportunity for trailblazers to come in. Urban farmers could grow produce, artists could have studios and show their work, I would love to do an oral history project and work with community members. I would like to create an art project to gift to the city of Gary.”

She’s now working on raising funds for the project and figuring out how to divvy up the space.

Indiana’s population grew by more than 31,000 people this year

Indiana’s population grew by less than half a percentage point in 2018, putting it in the middle of the pack nationally for population growth,…

Are you an artist who could find inspiration in boundless lakefront, sweeping sand dunes, and rolling surf of the Indiana Dunes?

Indiana is seeking submissions of photos from the public of historic buildings that are at least 50 years old and have been preserved, are cur…

Around The World in 60 Days exhibit on display in Hammond

The Brauer Museum of Art at Valparaiso University will debut its winter exhibits with an opening reception this Sunday.

Munster-based Peoples Bank continued its expansion into Illinois by completing the acquisition of AJS Bancorp, the parent company of A.J. Smit…

Peoples Bank ended 2018 on a high note, posting a 40 percent year-over-year increase in profits in the fourth quarter.

A new exhibit opened this weekend at the Museum of Contemporary Art Chicago surveying the work of photographer Laurie Simmons, a historically …

Anyone who's been around the Northwest Indiana arts scene for any length of time likely has seen the work of Miller-based artist Corey Hagelberg.

Once a bustling retail mecca that’s suffered from decades of population decline and neglect, downtown Gary is filled with boarded-up storefron…

The Decay Devils cleaned up Gary's long-abandoned Union Station, covered it in bright colorful murals, and gained ownership of the historic tr…

Gary named the most miserable city in America

Gary was named the most miserable city in the country by Business Insider, which is the largest business news site on the internet in the Unit…

Winter exhibits open soon at the Brauer Museum of Art on the Valparaiso University campus.

Comedic pianist to tickle ivories and funny bones in Munster

Gary Urban Farmer's Initiative is training people how to start businesses and community gardens, or just grow more of their own food.

People can visit Jiffy Lubes across Indiana to get their oil changed, tires rotated and brake pads changed while taking in contemporary art from some of the state's most acclaimed muralists.

The Weeknd announces new song for ‘Avatar: The Way of Water’

Artist Lauren Pacheco plans to turn the sixth floor of the Gary State Bank building, the lobby of which is depicted above, into a art space with pop-up galleries, museums and visitor centers.

Artist Lauren Pacheco plans to turn the sixth floor of the Gary State Bank building into an art space with a variety of activities.

Gary's Gary State Bank building is envisioned as a hub of art activities.