British royalty and Hollywood royalty came together on the red carpet for the charity premiere of the new Tom Cruise movie, "Top Gun: Maverick," on Thursday night.

The Duke and Duchess of Cambridge were the ultimate wingmen when they arrived at Leicester Square in London ahead of the screening of the "Top Gun" sequel, which sees Cruise reprise his most famous role nearly four decades on.

Kate shone in a timeless Roland Mouret crepe column gown. The fitted black dress was accentuated by a crisp white off-the-shoulder band and she finished the glamorous look with a black clutch and a pair of starry drop earrings by Robert Pelham.

Prince William complemented his wife's chic look by opting for a classic blue velvet tuxedo and showed his love for aviation with shoes embroidered with two planes.

Cruise escorted the duke and duchess down the red carpet and introduced them to his co-stars, Jennifer Connelly and Miles Teller, as well as the film's producer, Jerry Bruckheimer. The royal couple looked happy to mingle, laughing and chatting on the red carpet before heading into the screening.

When the trio reached a small set of stairs, Cruise immediately turned and offered a hand to the duchess, who was walking next to him.

Cruise is back in the air 36 years after the original "Top Gun" movie was released in 1986. "Top Gun: Maverick," which is scheduled for release in US theaters on May 27, sees his character, US naval aviator Pete "Maverick" Mitchell, returning to the Top Gun academy to train fighter pilots.

The highly anticipated movie was originally due for release in July 2019 but was repeatedly pushed back due to the coronavirus pandemic.

"(Prince William and I) have a lot in common. We both love England and we're both aviators, we both love flying," Cruise told reporters ahead of the royals' arrival, according to the Daily Mail.

The event, a Royal Film Performance, was organized in aid of the Film and TV Charity, which helps people working behind the scenes in the UK's film and television industry.

This is not the first time the royal couple have rubbed shoulders with Hollywood A-listers.

In September last year, they attended the premiere of the latest James Bond film, "No Time to Die," at London's Royal Albert Hall alongside the Prince of Wales and the Duchess of Cornwall.

Kate dazzled onlookers in a floor-length gilded gown by Jenny Packham and was photographed chatting with Daniel Craig, who looked dapper in a double-breasted cerise velvet tuxedo jacket by Anderson & Sheppard over a white shirt and black bow tie.

Cannes in B&W: A look back at the festival's glory years

CNN's Stephy Chung and Leah Dolan contributed to this report.

Country music star Darius Rucker, the former frontman of Hootie & the Blowfish, will replace Toby Keith at the Festival of the Lakes in Hammond as the singer-songwriter battles cancer.

The Los Angeles County jury delivered the verdict Tuesday in favor of Judy Huth, who is now 64, and awarded her $500,000.

The basketball world awoke to heartbreaking news Tuesday when the Purdue Boilermakers announced the death of Caleb Swanigan. Get that and more trending topics here.

From 'carp' to 'copi': Unpopular fish getting a makeover

If “invasive carp” doesn't sound appetizing, how about a plate of copi? Four species imported from Asia decades ago now infest the Mississippi and other rivers in the U.S. heartland. They also threaten the Great Lakes.

Rapper Lil Tjay has reportedly undergone emergency surgery after being shot in New Jersey; and, Baltimore Ravens linebacker Jaylon Ferguson has died at age 26. Here's that and more of today's trending topics.

Tears For Fears performed at Hollywood Casino Amphitheatre in Tinley Park on June 16.

A local musician will take the stage at Green Door Books in Hobart Friday.

Was there anything real about Elvis Presley?

Presley never wrote a memoir. Nor did he keep a diary. His music could have been a window into his inner life, but he didn’t even write his songs.

The impending summer solstice, highlights from the Warriors parade, and more trending topics

The official start to summer happens tomorrow, but it already feels like we are in the middle of it. Plus, the Golden State Warriors celebrate with a victory parade through San Francisco, and more trending topics.

Bestselling bands of the ’80s, then and now

Billboard charts from the 1980s were scoured for this list of 25 bands whose music was the soundtrack of the decade. Take a look at them then and now.

Jason Reitman and Marlee Matlin join Oscars board of governors

Jason Reitman and Marlee Matlin join Oscars board of governors

'My Big Fat Greek Wedding 3' is in the works

'My Big Fat Greek Wedding 3' is in the works 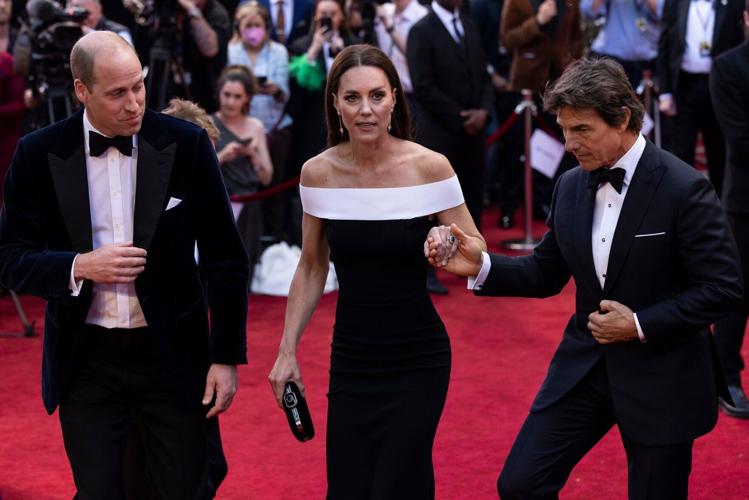 Prince William, left, and the Duchess of Cambridge are accompanied by Tom Cruise as they arrive for the "Top Gun: Maverick" Royal Film Performance at Leicester Square, London on May 19. 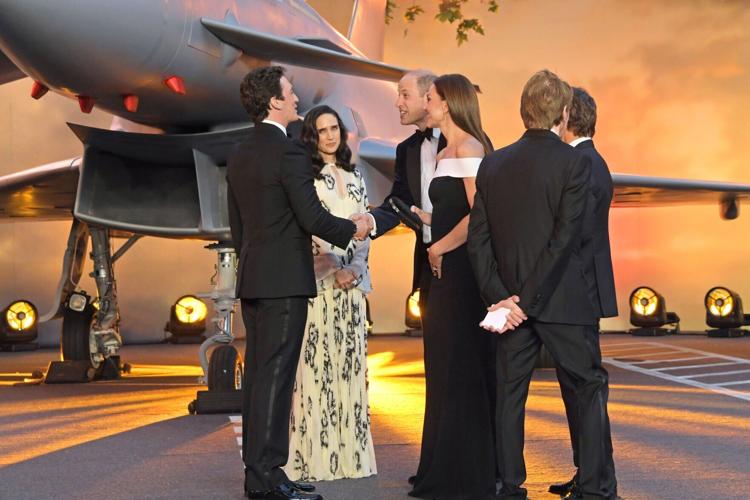