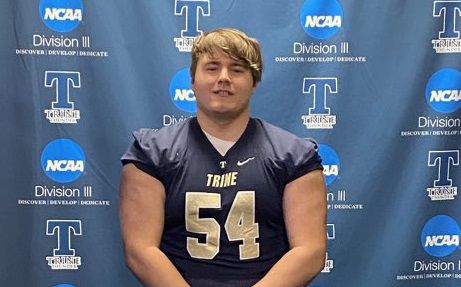 Nick Shebish, seen here on a visit to Trine, tore his ACL and missed most of his senior football season at Bishop Noll. He's rehabbed his way into four college scholarship offers. 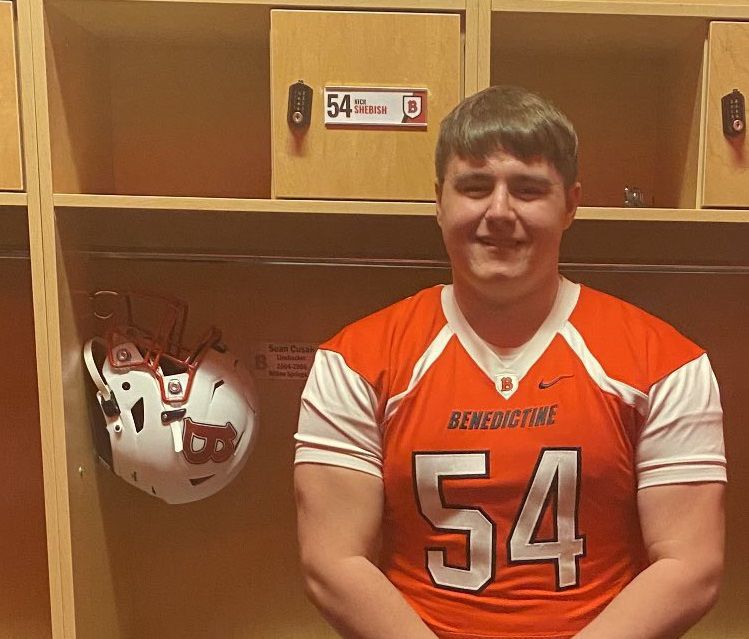 Nick Shebish, seen here on a visit to Benedictine, tore his ACL and missed most of his senior football season at Bishop Noll. He's rehabbed his way into four college scholarship offers.

Nick Shebish doesn’t regret his decision to transfer from De La Salle in Chicago to Bishop Noll before his sophomore year.

He considered leaving when the Warriors announced they would only play a partial schedule with no postseason for the remainder of his high school career. And the ACL tear that forced Shebish to miss most of his senior season wasn’t any fun, either.

But the connections he made by remaining at Noll are starting to pay off, as Shebish has earned four college scholarship offers in the last few weeks.

“I play football to create a bond with people I never thought I would be able to have a bond with,” Shebish said. “I wanted to not only enjoy my high school experience but get business done while doing it. Bishop Noll luckily had a team and it was honestly the best choice I’ve ever made to stay because I met (coach Wayne Racine). He gave me so many encouraging words and so much motivation to keep fighting through everything I went through.”

On the third play of the game against Lake Station on Sept. 20, a teammate rolled over Shebish’s knee and it bent “in a way that it definitely wasn’t supposed to bend,” he said. He knew it was bad immediately, but he didn’t want the younger Warriors players to see him in pain.

“The minute I saw it, I said to my coaches in the headset ‘Nick’s done for the season,’” Racine said. “Nick reacted like Nick does. He tried to walk a little bit and he just collapsed. He said ‘Give me a few minutes and I’ll be ready to go.’ I told him he was done for the game.”

Shebish was still with the team for the remainder of the season, on the sidelines at games and practices. Racine said he actually watched tape more intently, studying it more like a coach in order to help his teammates.

“I definitely became not only a better player but a better person (through the injury),” Shebish said. “I know how precious not only the game is but how precious your body is. Every move that you make can be dangerous or can contribute to a win.”

Racine has a background in small college football, with stops at Marian, Hanover College and Walsh University. He used some of those contacts to spread the word about Shebish, who didn’t have a lot of tape to share.

Shebish is ahead of schedule in his rehab and expects to be ready for a college camp.

“No doubt, I'll be locked and loaded and ready to go for August. I’ve put in way too much work not to be,” he said.

Schools offering include Benedictine, Trine, Anderson and Division III powerhouse Mount Union. Shebish said he expects a few others to offer soon. Some want him to play linebacker while others are talking about Shebish converting to an edge rusher.

“Nick is just what you want your son to be. I couldn’t ask for a better captain,” Racine said.

Nick Shebish, seen here on a visit to Trine, tore his ACL and missed most of his senior football season at Bishop Noll. He's rehabbed his way into four college scholarship offers.

Nick Shebish, seen here on a visit to Benedictine, tore his ACL and missed most of his senior football season at Bishop Noll. He's rehabbed his way into four college scholarship offers.