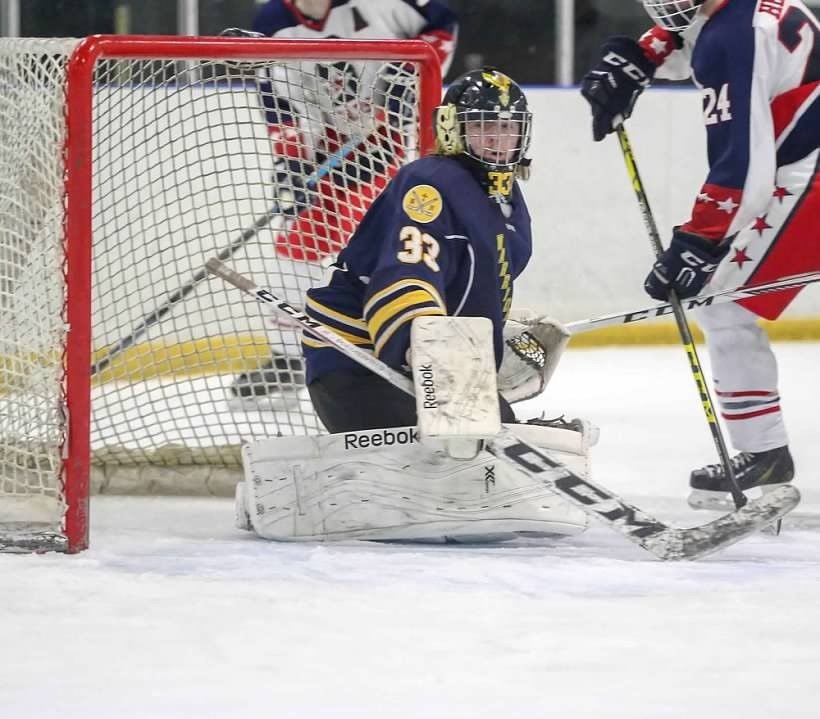 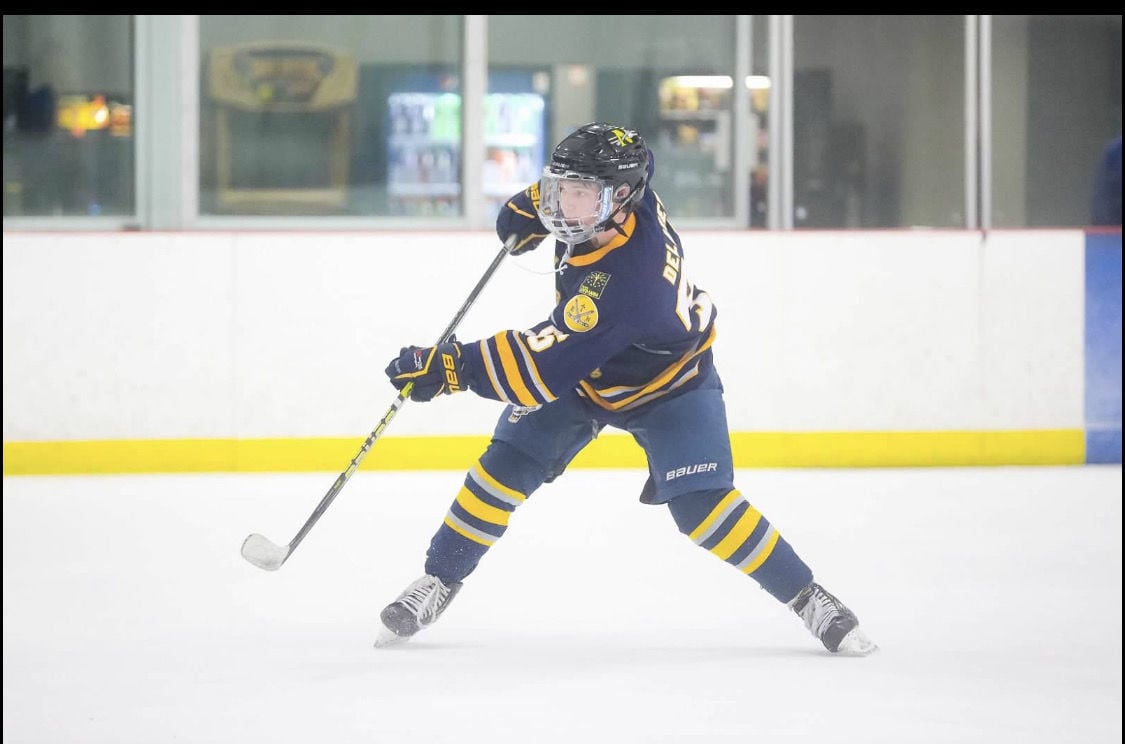 Bishop Noll's Tommy DeLaney is one of the Warriors' senior leaders and was a key part of the 2018 ISHSHA gold medal team. 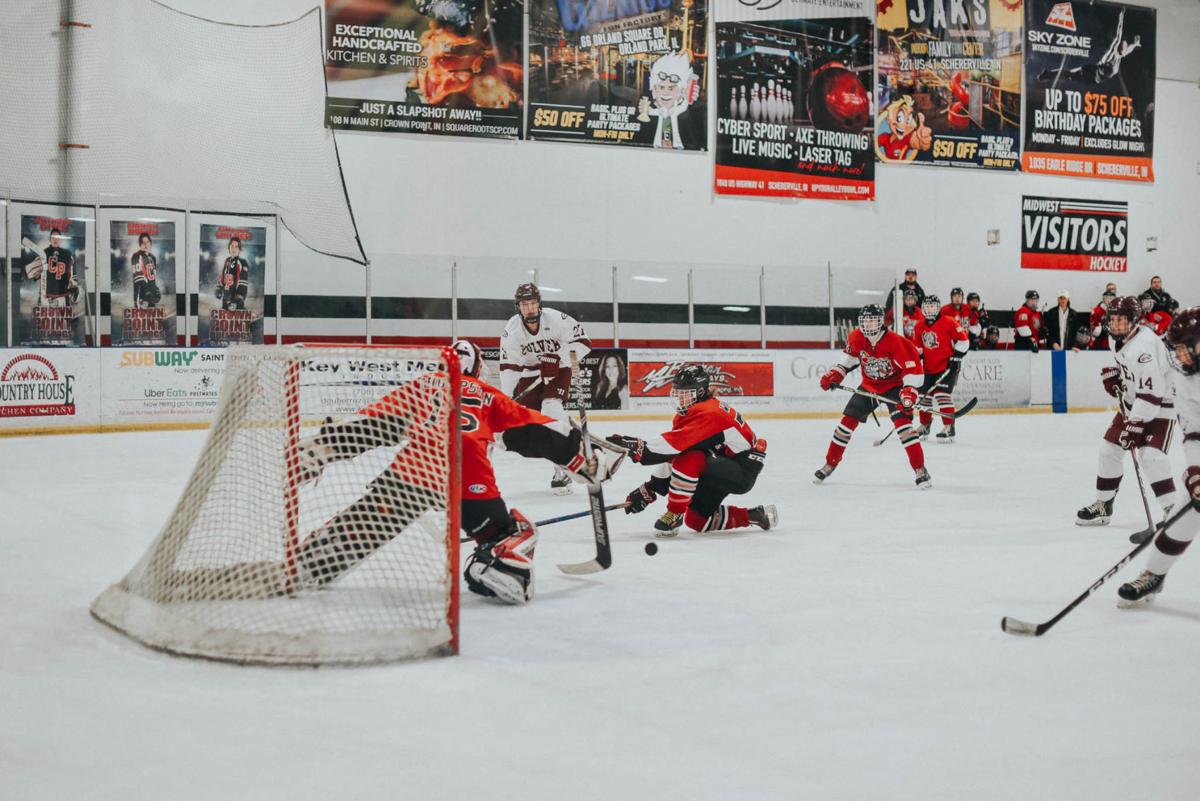 Crown Point goalie Cole Thompson saves a shot in a game. He's a three-year starter that has been the "backbone" of the Bulldogs' state championship run. 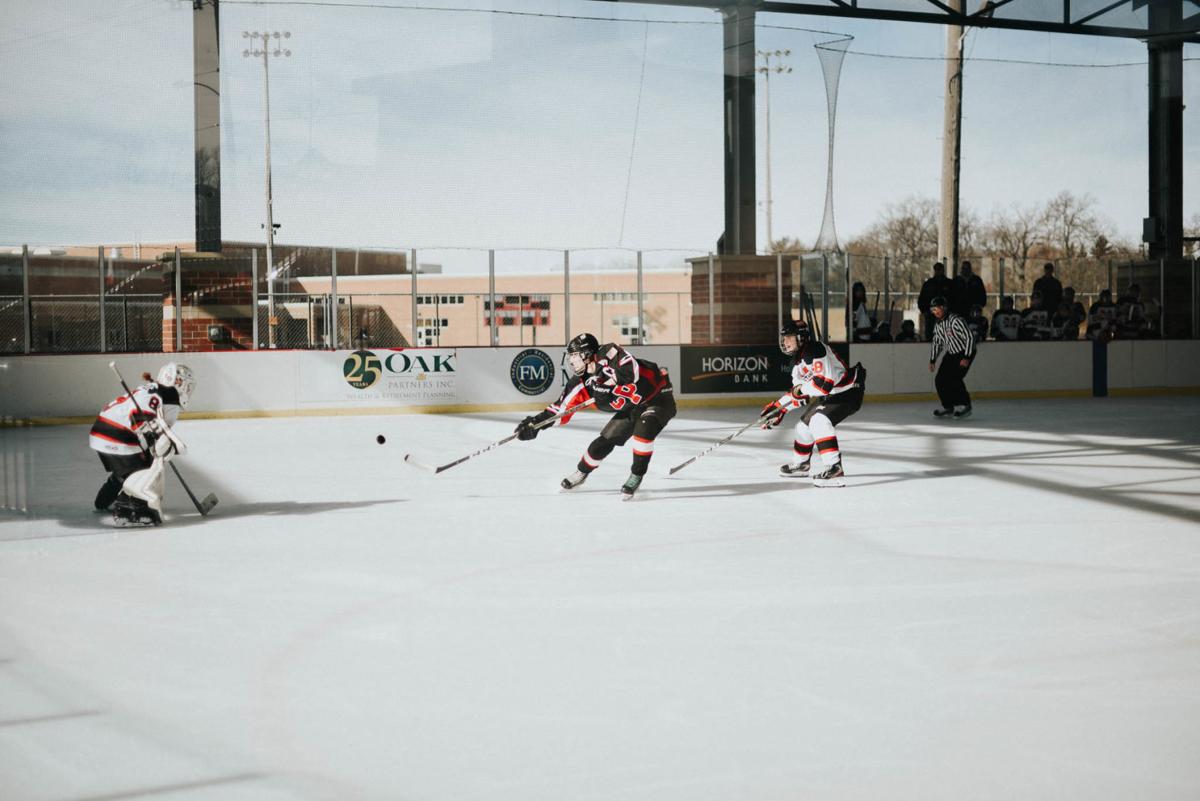 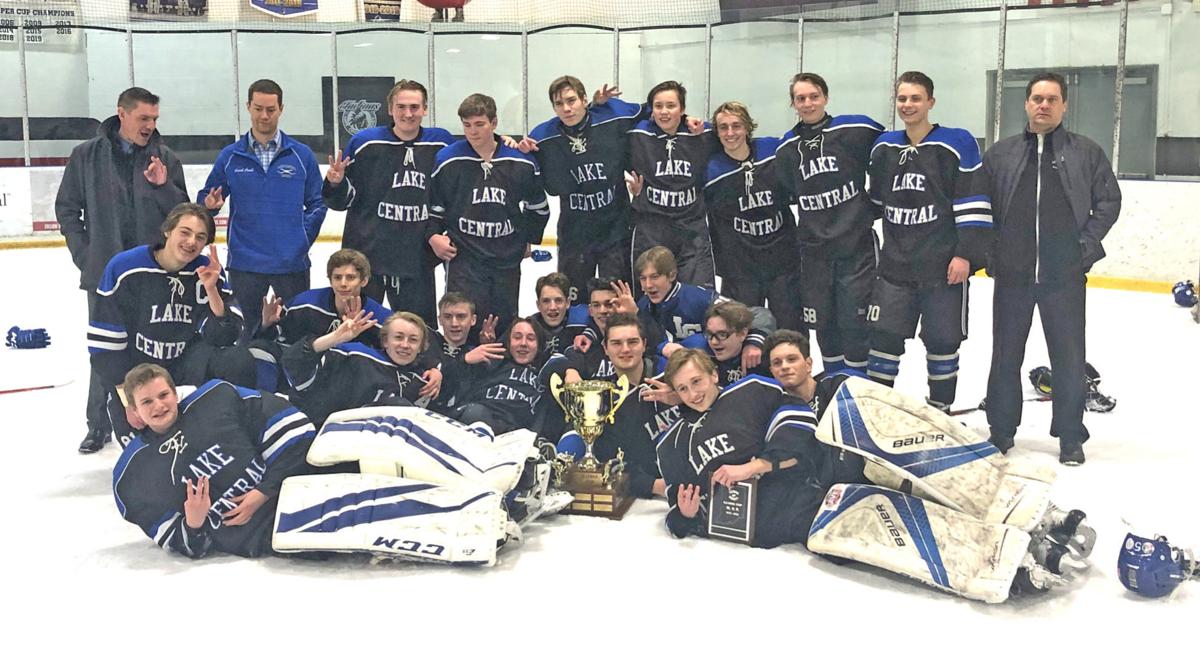 Lake Central's junior varsity team will play for the Class A state championship on Saturday.

Lake Central's varsity won the Illiana and Roper Cups for the third straight season, according to the team.

DYER — The Indiana hockey world descends on the Region Saturday for the Indiana State High School Hockey Association finals, and at least one local team is guaranteed to hoist a state championship trophy.

Goalie play is one of the most important factors and each team feels they have a good one.

Bishop Noll, which plays Valparaiso in the Class 2A final at 12:30 p.m. at the Midwest Training and Ice Center got a midseason lift when senior Jack Megquier returned from an injury. He plans to play club hockey at Ball State, and had a .902 save percentage and 2.2 goals-against average during the regular season.

“We got hot probably a little bit early in January,” Noll coach Rich Sobilo said. “But part of the reason for that was our senior goalie was hurt most of the year and we got him back around Christmas time, and he really played well off the get go, gave us a lot of confidence. We got some other players back from injury. So we kind of came together.“

The Warriors (20-13-1-1) are led offensively by Tommy DeLaney (26 goals, 22 assists) and Owen Rycerz (32 goals, 18 assists) on their two lines. DeLaney and fellow senior Colin Lenzo were on the 2018 Class A state championship team, Sobilo said, and provided key leadership through this season’s run.

They look to lead the up-tempo pace Bishop Noll likes to play with and hopes to dictate again against Valparaiso (18-20-5-3).

But the Warriors aren’t taking a 5-1 win in the playdown games on Feb. 29 for granted. They’re also not looking past Valpo’s record, which is a product of playing in the Michiana League, based out of South Bend, with three games apiece against Class 4A and 5A schools.

“There's a potential for thinking that we beat them — that it's going to be easy — but I think our kids understand that it's not going to be an easy game,” Sobilo said. “They should know by the semifinal game when it finally was one-and-done, how hard South Stars played. So we think it's going to be a tough game. It's going to come down to goaltending and timely scoring, and we hope to come out on top.”

Henry Anderson will be pressured by Noll’s pace. He won the Jack Lafferty Award, awarded to the top senior goalie in the Michiana League, and enters with a 2.8 goals-against average and .889 save percentage.

“Henry’s been very, very good. He’s been real solid for us, and I think any hockey coach will tell you a good goalie makes you a good coach. Obviously, he’s going to be a big factor on Saturday,” Vikings coach Tim Crowley said.

The Vikings have a pair of gifted goal scorers who do it in different ways. Captain Samuel Borger has scored 19 goals and assisted 20 more. Crowley described him as a “hard-nosed, smart player” that attacks the net. It comes more naturally to Bryce Garber, who has 39 goals and 19 assists.

“Bryce is just a gifted goal scorer. The puck finds him and he finds the net,” Crowley said. “There’s some kids that just have a knack for putting the puck in the net and that’s Bryce.”

After an 8-2-2 start to the season, Valpo has found itself playing its best hockey of the season after refocusing and getting healthy. It’s an opportunity for several players to take after their older brothers, whom Crowley said won in Class 1A in 2013 and 2016.

“Sometimes ... when we go through rough patches, we tend to get away from our game plan which is we’ve got to be tight in the defensive end and offensively we've got to get pucks to the net and we've got to get the puck in deep. When we do that, we’re usually pretty successful,” Crowley said.

Thompson has been a three-year starter in net and carries a 2.12 goals against average and .895 save percentage.

“When Cole’s on, he’s hot. He’s been a backbone for us for a couple of years and he’s done quite well. He holds us in games and that’s all we need, and then we go score for him,” Bulldogs coach Tim Philbin said.

“We have three really good lines. Two tend to produce a little more than the third line. The third line is really our grind-it-out line, forecheck, get on the other team,” Philbin said. “It just seems a line with some of the older players tend to score but we actually have very good balance. I hope it makes the opposing teams sweat a little bit because they can’t key on just one player.”

Senior leaders Grant Walker, Nick Crook and Hegeduis help lead on both ends of the ice to maintain a balanced attack.

The group seems more focused than their previous meeting with Brebeuf, and have exemplified that to reach the championship game. Their camaraderie and focus has been the key to the run.

“The boys have kind of surprised me,” Philbin said. “The coaches are doing some sweating, the parents are up there sweating and the players are as cool as can be. They’re just like, ‘let’s play, let’s get this done and let’s make this happen.’ They’ve been cool as a cucumber.”

Lake Central’s Blue (A) team won the Illiana Cup and Roper Cup for the third straight year. The Indians A squad (22-22-3-0) lost to Crown Point in the Class 3A state semifinal.

A season to remember

A season to remember

Bishop Noll's Tommy DeLaney is one of the Warriors' senior leaders and was a key part of the 2018 ISHSHA gold medal team.

Crown Point goalie Cole Thompson saves a shot in a game. He's a three-year starter that has been the "backbone" of the Bulldogs' state championship run.

Lake Central's junior varsity team will play for the Class A state championship on Saturday.

Lake Central's varsity won the Illiana and Roper Cups for the third straight season, according to the team.