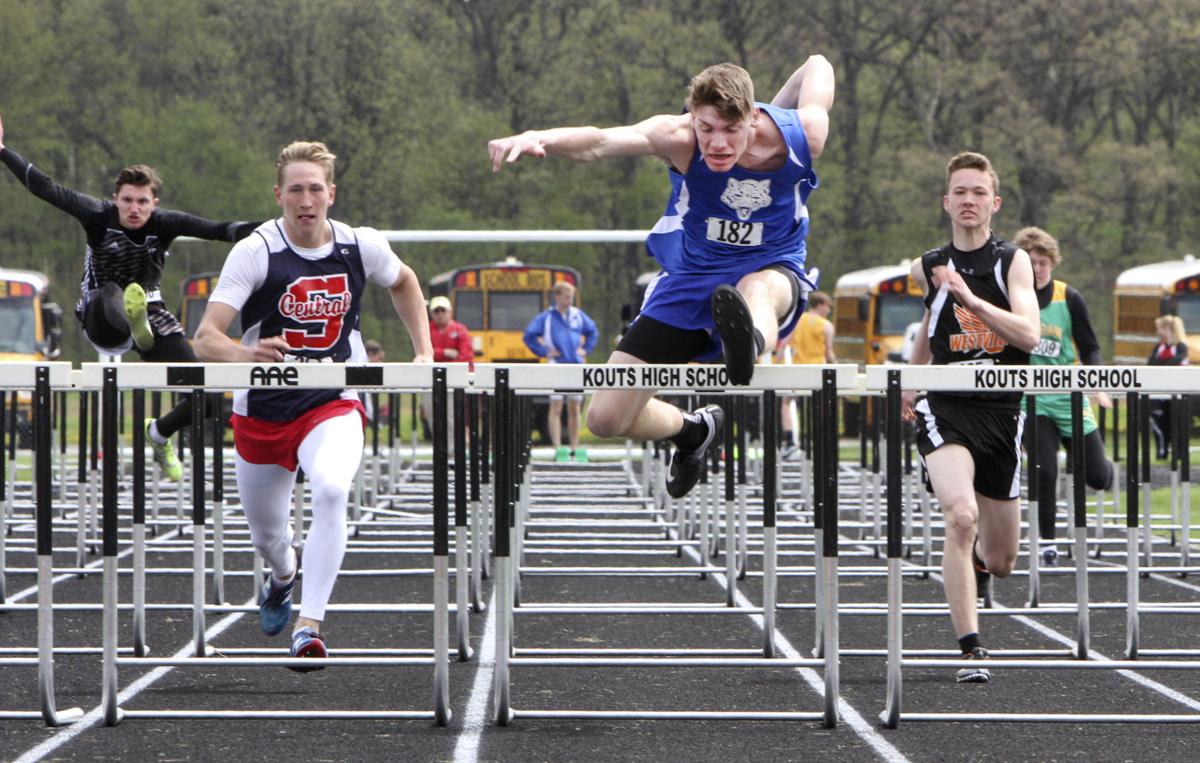 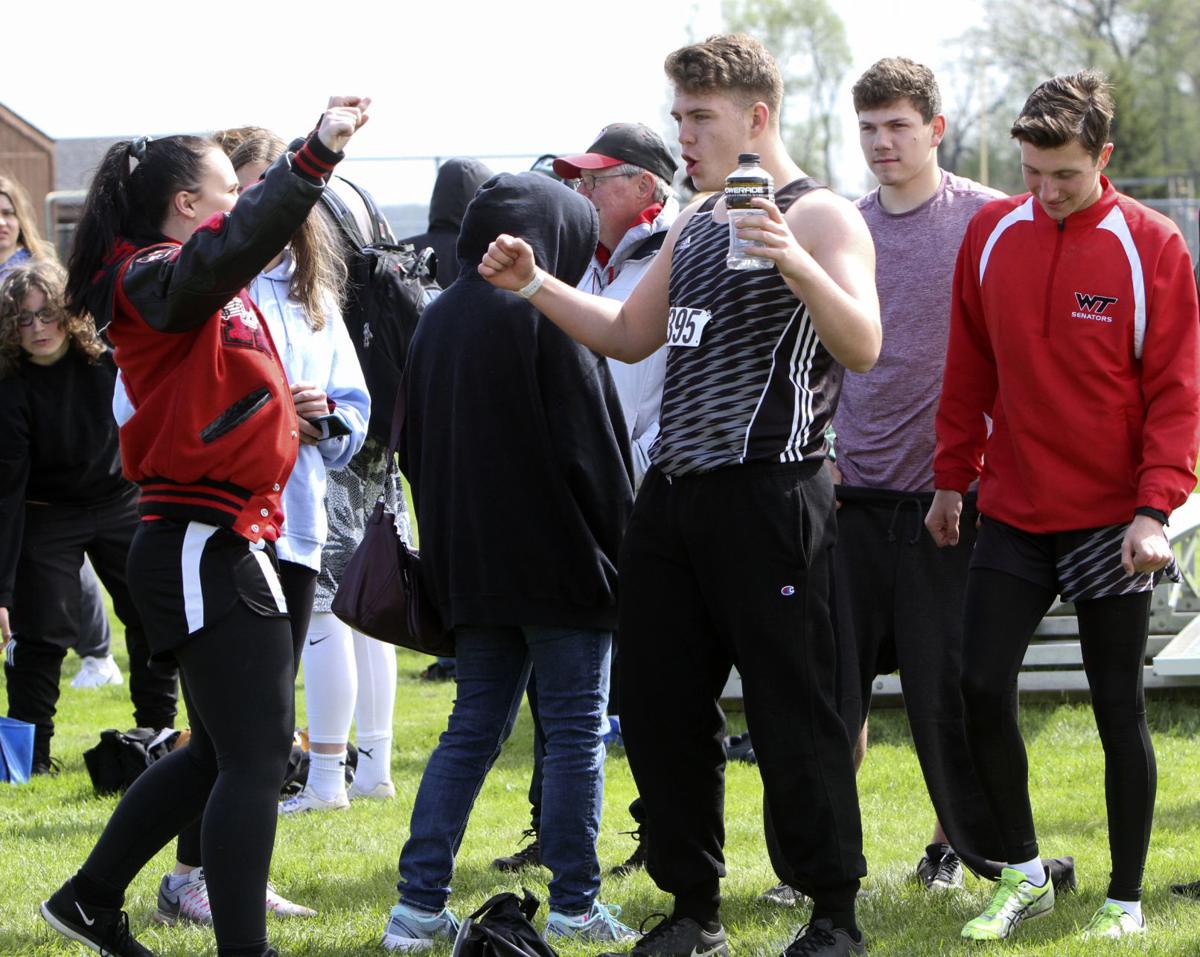 KOUTS — Boone Grove teammates passed around the Porter County Conference Championship plaque among one another, taking turns to get a good look at the hardware.

It was well earned.

“That’s the most I’ve ever run at a track meet,” Vann said. “My legs are dead. It’s always good to win. I’m exhausted.”

In addition to Vann’s big day, junior Quinn Walker was a double winner, taking the 110 and 300 hurdle events. Luke Wilkening won the discus, Hunter Ashlock won the 800 and Erik Buth the high jump.

“Brae’ton kind of headlines for us, but there’s a ton of talent at the top,” Boone coach Kyle Isch said. “But the fact that we have guys in every single event, that’s pretty huge.”

Walker has worked hard in excelling in the hurdles.

“It’s the PCC championship, and I just went all out all the way through the finish line,” said Walker after winning the 300.

Isch said Walker has a smooth form going over the hurdles.

“In the 300 hurdles, he almost accelerates over the hurdles while everyone else kind of slows down,” Isch said.

“I felt better this morning, and we got into the weight room and pumped a little weight before we came over here to get us warmed up,” Brys said. “We just let it rip.”

Brys said he didn’t throw the discus very well, but he finished fifth and teammate Luke Seifert was sixth. Gavin Biggerstaff was sixth in the shot.

“They’ve really put in a lot of work,” WT shot put coach Nellie Bonham said. “I was pretty happy with the results we saw today.”

Brys hopes to improve on his 10th place showing at the Portage Sectional a year ago.

“It was pretty good for me, but I think I could go far in this,” he said.

Also, Kyle Krawczyk won the pole vault for the Senators.

Kouts junior Chase Jefferson was a double winner, running to victories in the 1,600 and 3,200. In the 1,600, teammate Joey Demarco, who finished seventh, set a fast pace and led after 800 meters.

“He said he was going to go out, and he was above everybody,” Jefferson said. “Made us catch him. It wasn’t planned. I was expecting a competitive race, and I decided to go out and win it in the last 300 and decided to kick it.”

Boone’s Konnor Wauro was second in the 1,600. Chase finished just under 14 seconds ahead of Morgan Township's Owen Thomas in the 3,200.

“It felt good because we lost to them in a meet by 2 seconds earlier in the year,” said Nuest, who his teammates credited for devising a winning strategy.

Hebron won by more than 17 seconds over Boone.

The two will face off in the Rensselaer Sectional on May 15.

“We were a bit off for some reason, whatever it was,” Isch said. “It’s going to be fun to see round three, who takes sectional.”