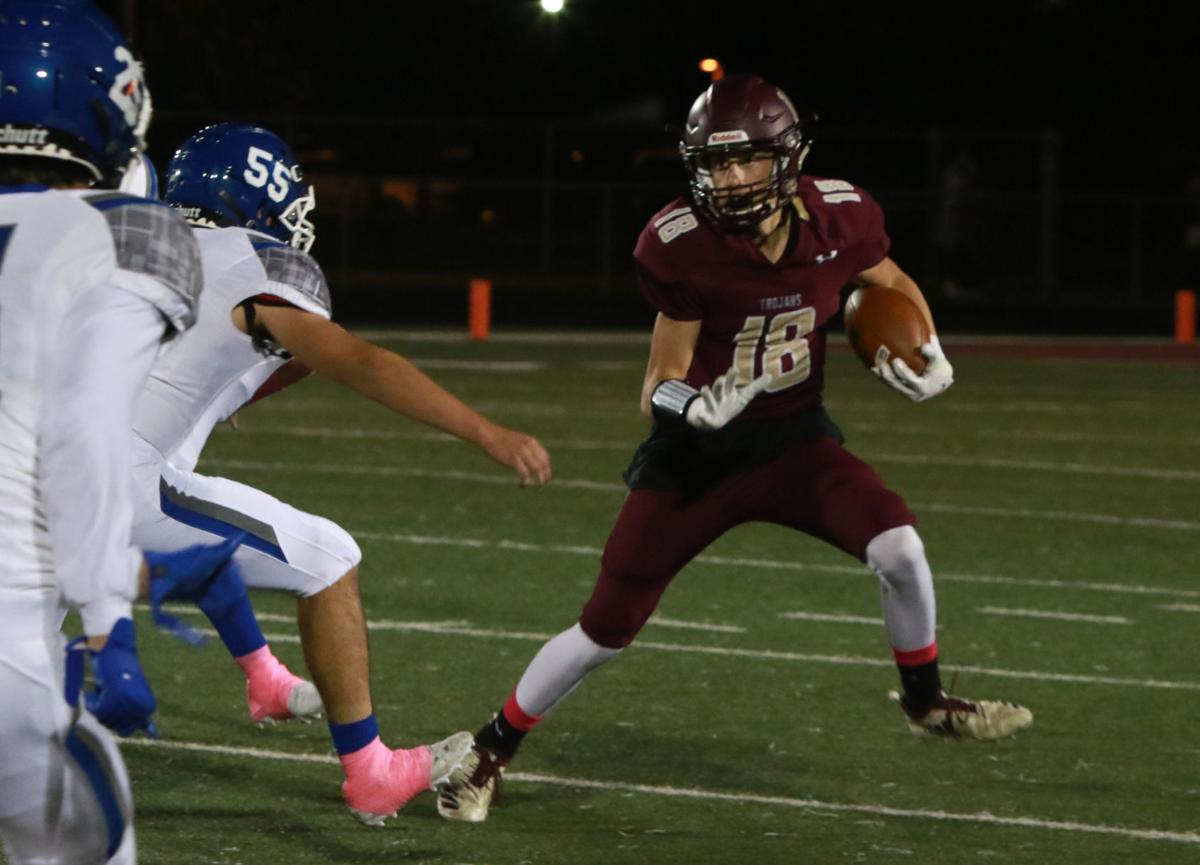 Chesterton's Jackson Westmoreland, right, is owning his role as receiver after switching from playing quarterback for most of his life. 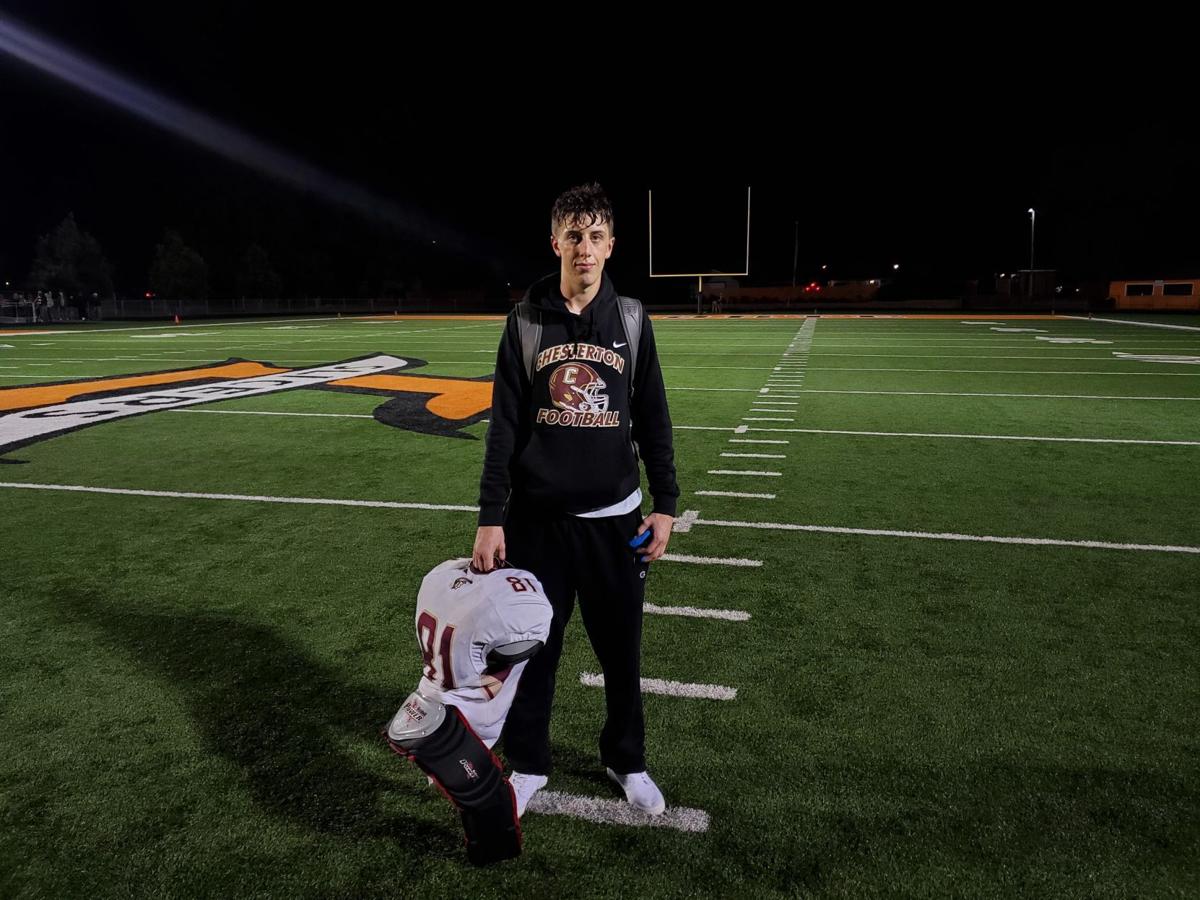 LAPORTE — Giving up playing quarterback was one of the toughest athletic decisions Jackson Westmoreland said he’s made.

He also says it was the right one.

Westmoreland, a junior, lined up at quarterback from his earliest days as a kindergartner all the way through a junior varsity season as a sophomore. But playing time behind center proved hard to come by at Chesterton with fellow junior Chris Mullen already proven to be one of the Region’s top passers with little sign of letting up.

Opportunity came Westmoreland’s way via four senior receivers graduating after last season and putting the Trojans in need of pass catchers. Westmoreland put aside his previous focus on a quarterback battle, threw on receiving gloves and started running routes.

“After the way Chris played I knew he’s beaten me for the job,” Westmoreland said. “I knew playing receiver was a way to help the team, so I kind of just accepted it and knew it would be best for me where now I’m owning it.”

Westmoreland proved over the last two weeks he’s capable of developing into an offensive threat at his new position after admittedly not making the impact he wanted the first two weeks of the year.

He caught five passes for 124 yards and two touchdowns from Mullen to help Chesterton (2-2, 2-0 Duneland Athletic Conference) to a 45-21 win against LaPorte (0-4, 0-2) Friday to build on his four catches for 87 yards and a score in the Trojans’ win against Michigan City the game prior.

“He’s a great receiver,” Mullen said of Westmoreland. “I think him being a quarterback really helps him. He knows exactly what we want to do, and these past two weeks he’s shown he can be really, really good.”

Westmoreland agreed with Mullen, saying his previous experience as a passer helped the most during his transition to receiver. When he’s running routes he still thinks like a quarterback would when looking for open space to make a play.

All told, Westmoreland is still figuring out just how he fits into the Chesterton offense. At 6 foot 1, 175 pounds he has the physical tools to line up either in the slot or the perimeter but says it’s along the boundaries that he feels most comfortable.

In addition to his receiving duties, Westmoreland gets involved in the kick return game as well. He brought back a punt 38 yards to the Slicer 2-yard line to set up Chesterton’s fourth touchdown in the second quarter against LaPorte.

“He’s one of those talented kids where I don’t know where his ceiling really is,” Chesterton coach Mark Peterson said. “We’ve moved him around now where he’s able to play in different positions and get involved more. I think that’s helped him grow and flourish.”

Still, Westmoreland makes it clear he has work left to do. After beating LaPorte he still brought up a couple of drops he had the week prior against Michigan City and spoke about how he’s working on sharpening his releases and route running.

Those things are starting to come together with time and repetitions, Westmoreland said. The more experienced he gets, the increasingly natural lining up at wide receiver is becoming despite getting there in an unnatural way.

“I feel good knowing that it was the right choice that I made,” Westmoreland said. “I think we’re all heading in the right direction together.”

Chesterton is the last unbeaten boys soccer team in the Duneland Athletic Conference after edging Crown Point on penalty kicks.

Chesterton's Jackson Westmoreland, right, is owning his role as receiver after switching from playing quarterback for most of his life.