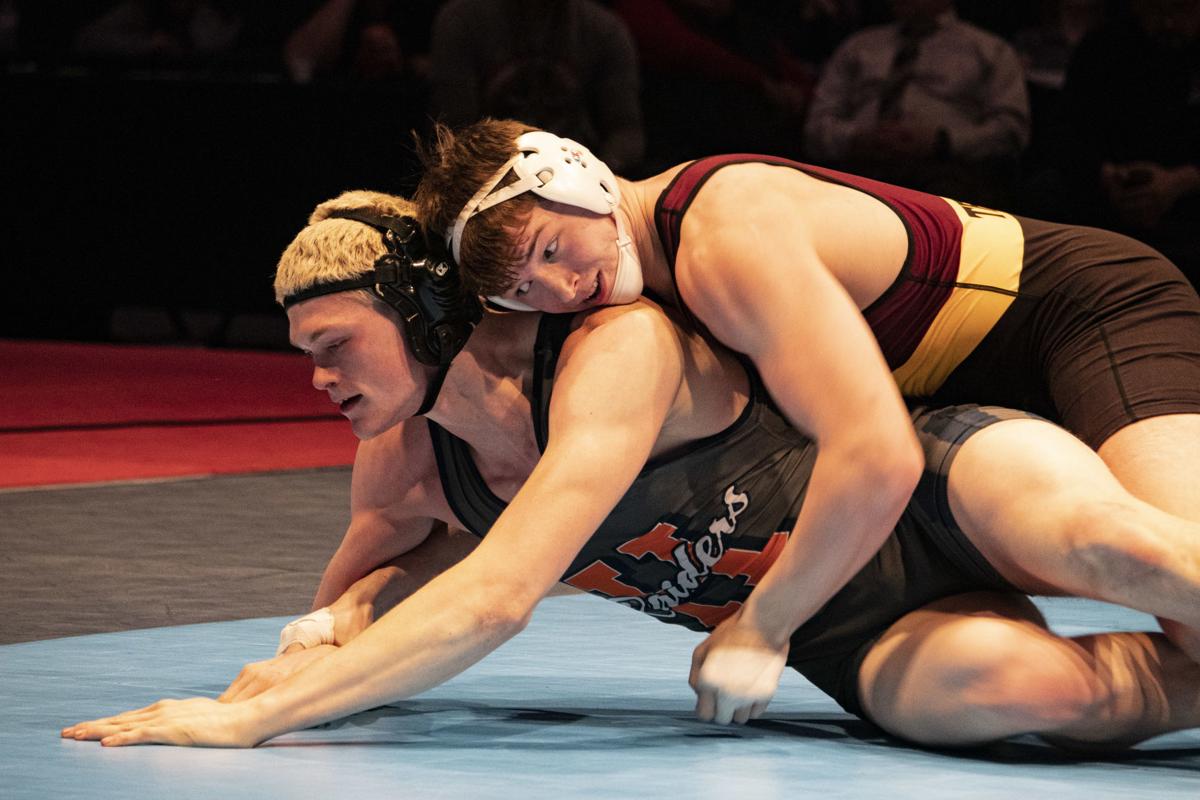 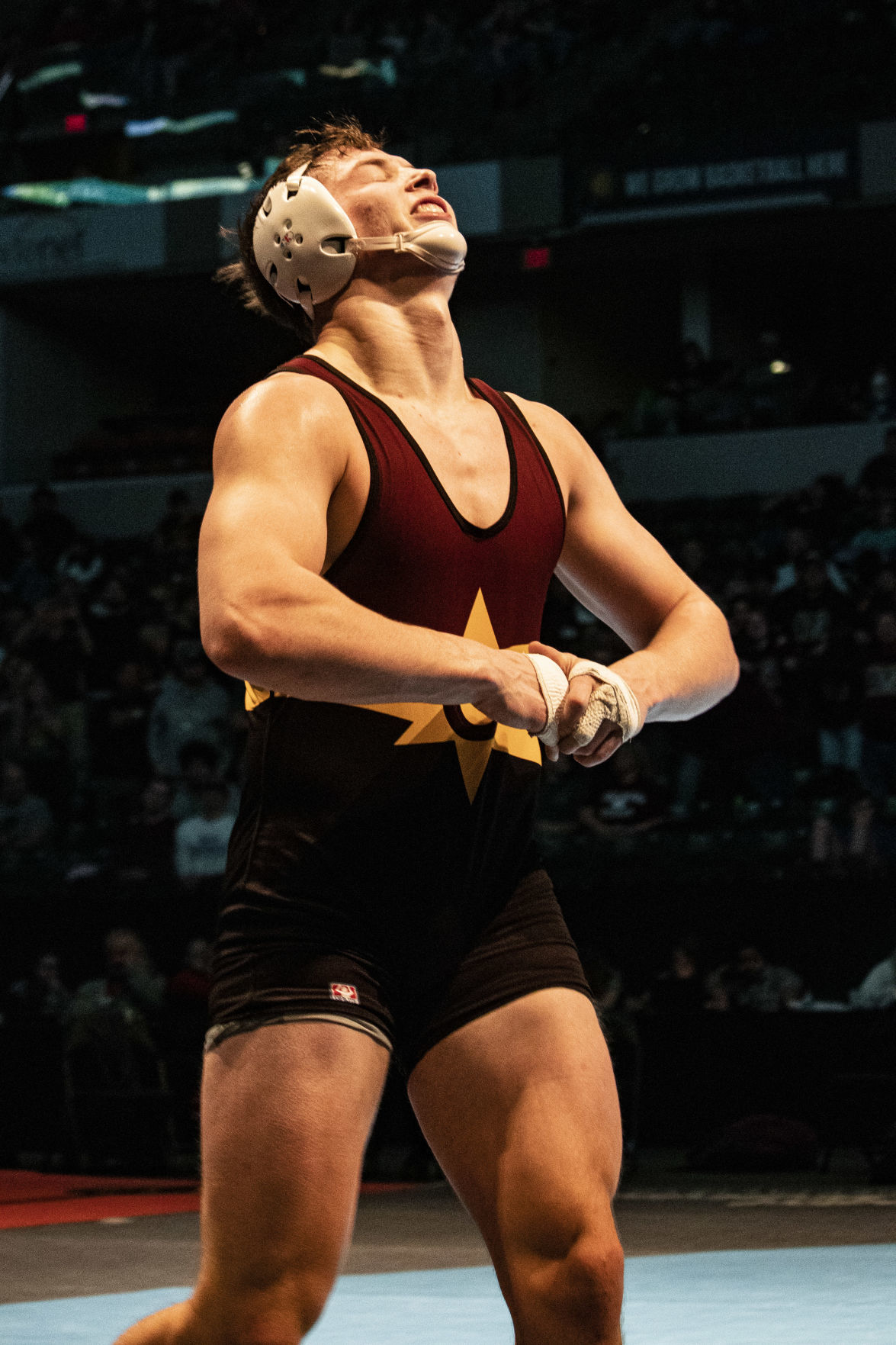 Winning a state title feels about what most people would expect it to feel like, according to Chesterton junior Evan Bates.

“Everyone’s going to tell you it feels pretty amazing,” Bates said. “It’s everything I’ve dreamt of, my goal since I was young.”

Bates was one of two area wrestlers to win state championships Saturday night at Bankers Life Fieldhouse in Indianapolis. Crown Point’s Jesse Mendez, who won at 126 last season, was the 132-pound champ.

The highlight of the 220-pound bracket was Bates’ match with North Montgomery’s Drew Webster in the semifinals. In a battle of the top two ranked wrestlers in the class according to Indiana Mat, Webster’s near fall gave him a lead in the final minute. Bates, ranked No. 1, needed a takedown with 15 seconds left to earn a 6-5 win.

“I got off my back and then got the escape. I knew I was in better shape than him so I just picked up the pace, got the takedown and rode him out for the final few seconds,” Bates said. “My mindset was the same, but there definitely was a confidence (going into the final match). I kind of knew what was working and what wasn’t.”

He went on to top Harrison’s William Crider with a 9-0 win in the final. Bates beat Crider in the EC Central Semistate final a week before.

“I think (the target now on my back) is great. It keeps me on my toes. It’s not really fun wrestling kids that just fall over. It definitely helps when they’re coming after you,” Bates said. “I’m going to take a little time off and then start trying to get a little bigger, start trying to freestyle and go to the Cadet World Team Trials and hopefully make the Cadet World Team. That’s my goal.”

Bates was one of three Trojans wrestlers to register team points. Chesterton was eighth with 45. Merrillville had 21, good for 18th.

Region schools sent 36 wrestlers to state and 13 ended Saturday night on the podium.

Bates and Mendez were supposed to be wrestling in the final match. According to the rankings, Crown Point 160-pounder Noah Hollendonner was not.

“I think I really exceeded everybody’s expectations,” Hollendonner said. “I felt the best I’ve ever felt before. I was smiling in the matches. I was having fun with it, competing and winning in front of 10,000 people. It was a crazy atmosphere and I just loved it.”

The Bulldogs senior beat three state-ranked wrestlers to advance to the final, including Greenfield Central’s Cooper Noehre (No. 4) and Prairie Heights’ Isiah Levitz (No. 3). Holldendonner was No. 7.

“I 100 percent thought I was the underdog and I had to help my team out in the team race,” Hollendonner said. “I knew I had the potential to beat each and every guy in that tournament. I just had to keep that mentality.”

He took a 6-2 decision over Noehre and beat Levitz 11-4. Indiana Mat’s No. 1 at 160 pounds, Eli Dickens from Evansville Mater Dei, got Hollendonner 9-3 in the championship match.

“I was JV freshman year and sophomore year I almost quit,” Hollendonner said. “It’s been a fun ride.”

Merrillville’s Jacob Maldonado was named the Ward E. Brown Mental Attitude Award winner at the state meet. The honor is given to a wrestler who “excels in mental attitude, scholarship, leadership and athletic ability.”

Maldonado, whose father David is the Pirates' coach, is the first Region athlete to win the award since Merrillville’s Jacob Covaciu in 2016.