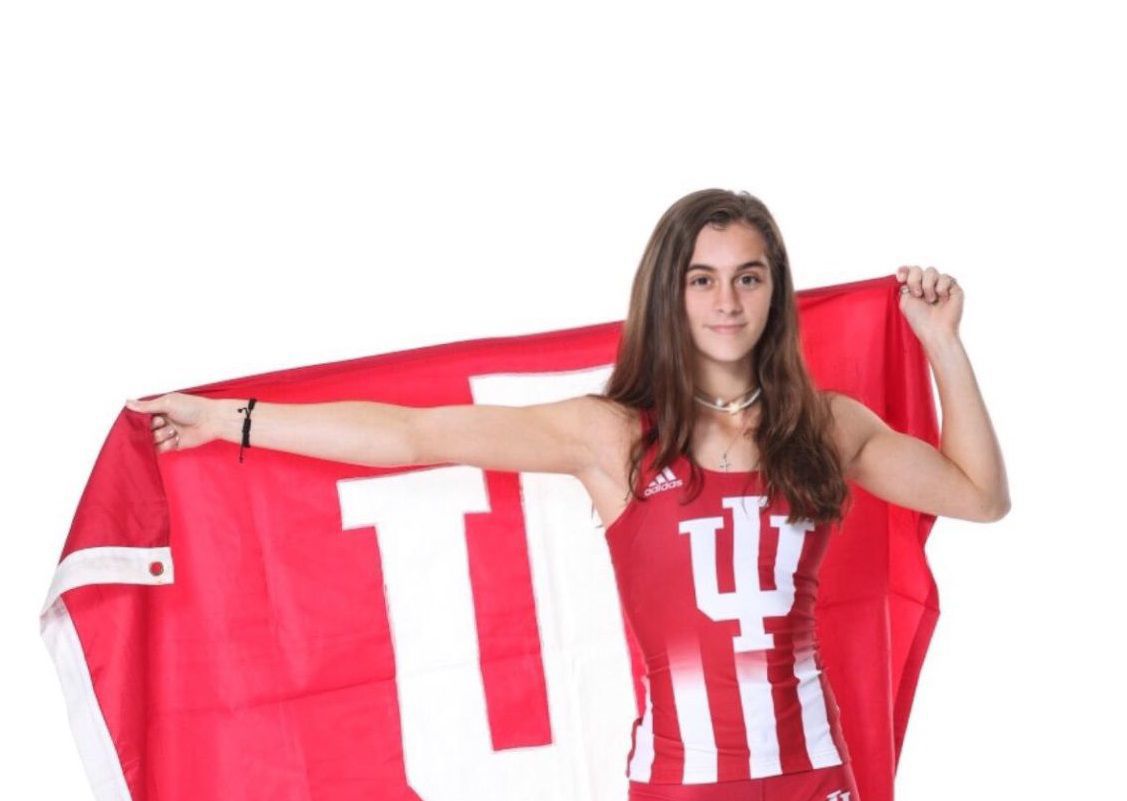 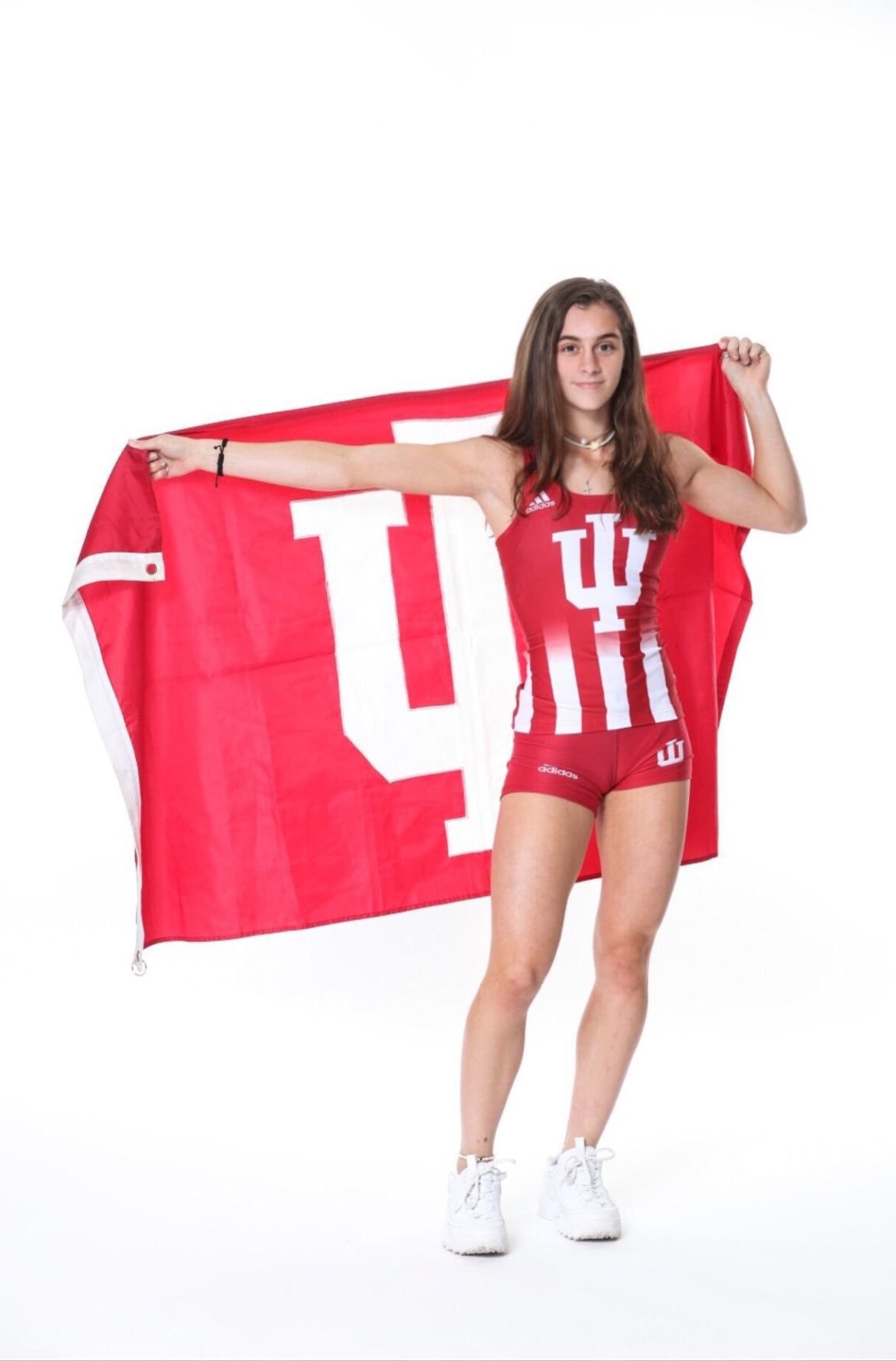 Crown Point's Maddie Russin chose to continue her track career at Indiana over scholarship offers from other Division I programs like Bradley and Oregon. 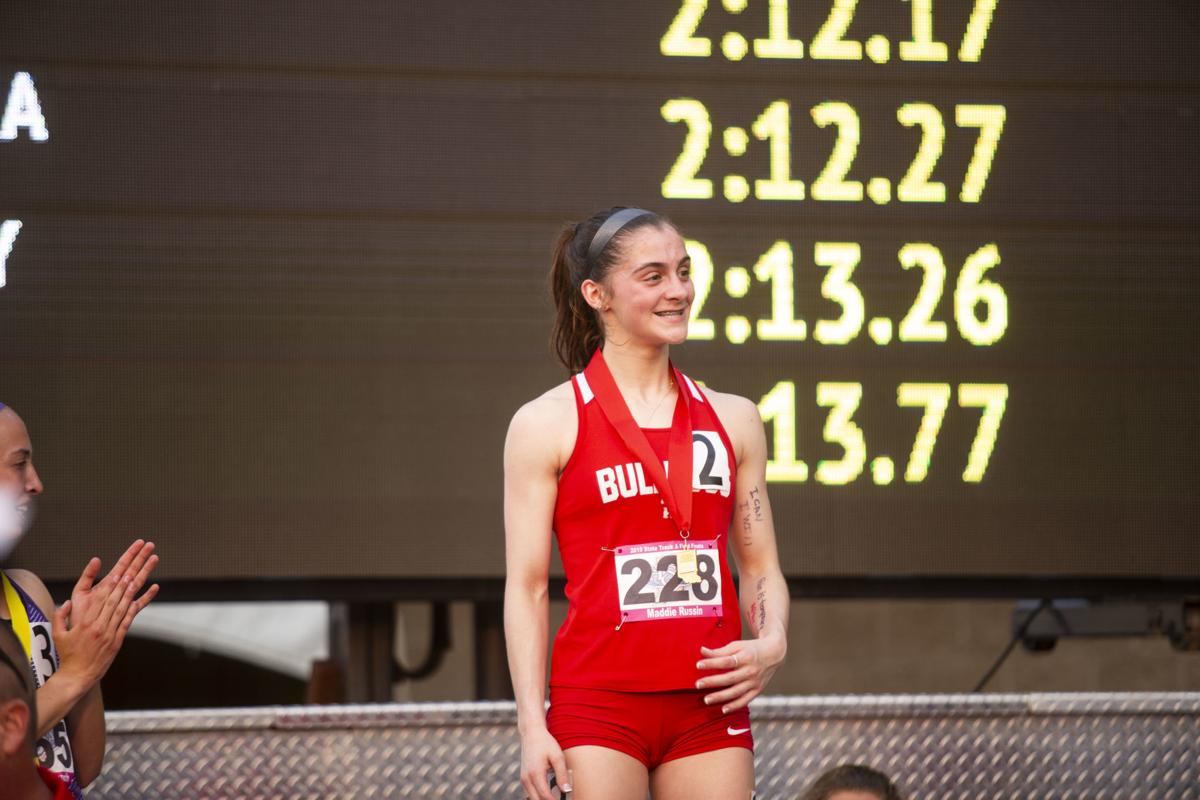 In the spring, Crown Point's Maddie Russin finished second in the 800-meter run with a time of 2 minutes, 8.23 seconds — which is the third-fastest time in IHSAA history.

Maddie Russin wasted no time establishing herself as not only one of the top runners in the Region but the entire state.

Crown Point’s standout senior won the state championship in the 800 meters as a sophomore, and since then it’s been clear that she had the potential to continue her career at the next level. As the Division I scholarship offers poured in, Russin narrowed her choices down to Bradley, Oregon and Indiana, and announced via Twitter and Instagram on Wednesday evening that she would become a Hoosier.

I’m very excited to announce that I will be continuing my athletic and academic career at IU Bloomington! Thank you to everyone who has supported me and helped me through this journey. GO HOOSIERS!! ♥️⚪️♥️ @IndianaXCTF @ladybulldogsTF pic.twitter.com/hNFONW42a3

“Obviously, it was a really hard decision to choose a college,” said Russin, who is a three-time state qualifier in track and cross country. “But I feel like the reason I chose Indiana was mostly because of the coaching, the facilities and the things they have available to me as an athlete. It was just everything. I honestly didn’t have any negatives.”

After finally making her verbal commitment, Russin said she feels relieved. At just about every competition, meet or even causal conversations at school, her friends and peers wanted to know where she was going. The senior admitted that it wasn’t easy to tune out the noise, but added that she is grateful for the support she received from family throughout the recruiting process — especially her mom.

Catherine Russin, like everyone else, didn’t find out what program her daughter would join until Tuesday. She received a text from Maddie a few hours before she shared the news on social media, and for the most part, Catherine didn’t mind being kept out of the loop. Her relationship with her daughter is built on trust, and when Maddie felt ready to take the next step, so was she.

“(Indiana) was her first official visit that she had, and she was super excited about that,” Catherine said. “I kind of cautioned her a little bit and told her, ‘Hey, babe, you don’t necessarily have to marry the first boy who asks you to the dance.’ But sometimes it’s love at first sight, and I think that she just clicked right away.”

Beyond earning a free education, Catherine is thrilled with Maddie’s accomplishment because she’s seen all of her hard work firsthand. Since her daughter began running in seventh grade at Colonel Wheeler, she hasn’t looked back.

“She has always been driven,” Catherine said. “Anything that she does, she does with ferocity. She’s just fierce. She’s a fierce competitor, she’s a fierce friend, she’s fiercely loyal and she has approached her running in the same way.”

Allison Florek, the Bulldogs’ girls track and field and girls cross country coach,  said Maddie’s achievements definitely set her apart from other athletes she’s coached, but they aren’t really a surprise. Once she saw the talent and dedication Maddie brought in as a freshman, Florek figured it was only a matter of time before she made a name for herself.

“She HATES to lose, so she will literally run down anybody,” Florek said with a laugh. “She’s confident, and her work ethic is really one of best that I’ve ever seen.”

As Maddie's college career approaches, she could leave her mark at the Robert C. Haugh Track and Field Complex in Bloomington before she even competes there full time as a Hoosier. In the spring, Russin finished second at the state meet in the 800 with a time of 2 minutes, 8.23 seconds, which is the third-fastest time in IHSAA history.

Maddie Russin runs a 2:08 in the 800 to finish 2nd in state. This was the 3rd fastest time in state history!!! Girl, we are all sick proud of guts you displayed today. New goal? All time state record....path to better is always uphill. GOOD! Let’s get some!

Breaking the state record would be a memorable way to cap off a noteworthy prep career with the Bulldogs, but regardless of what she does on the track, Maddie wants to be recognized as more than an athlete.

“I know running is a huge part of my life, but I also want people to remember me as a genuinely good person that tried to associate with everyone,” said Maddie, who holds the school record in the 400 and 800. “Because honestly, nothing lasts forever, so I feel like you should just live in the moment."

Cayden Vasko was able to celebrate with them eventually, as his career-high 18 points helped propel Lowell to a 53-44 nonconference win over Crown Point.

Crown Point's Maddie Russin chose to continue her track career at Indiana over scholarship offers from other Division I programs like Bradley and Oregon.

In the spring, Crown Point's Maddie Russin finished second in the 800-meter run with a time of 2 minutes, 8.23 seconds — which is the third-fastest time in IHSAA history.