The star pitcher, who transferred from Valparaiso to Chesterton midway through his junior year, has made up his mind. After his senior season in 2021, the next chapter of his baseball career will be at Cincinnati.

He verbally committed to the Bearcats on Monday, choosing them over Indiana State, Ball State and Louisiana Tech.

"Their field is phenomenal, and I love their coaching staff," Lemmon said. "And then just the campus. It's this small little urban campus that I love, and it's just nice to get around in."

Lemmon has only been to Cincinnati's campus once, but his family did drive by his future college about two weeks ago. Since he was unable to tour the school again due to the coronavirus pandemic, the Bearcats coaching staff sent him a link for a virtual tour, as well as videos and pictures to help him solidify his decision.

The junior said he dreamed of becoming a Division I athlete ever since he started playing baseball when he was 5. That goal became more realistic after an impressive showing at a Prep Baseball Report event in February.

"I hit 92 (mph) off the mound," said Lemmon, who also plays in the outfield. "That's kind of when the journey started."

Lemmon was eager to grab the attention of more college coaches during the 2020 season, but the COVID-19 outbreak forced the IHSAA to cancel all spring sports on April 2. When the news broke, Lemmon and Trojans coach Jack Campbell were extremely disappointed.

Chesterton had 11 seniors this year, headlined by Indiana State commit Tyler Nelson, but Campbell is thankful that Lemmon will be returning.

"What little time that I've seen him, when he throws the ball, it's really electric," Campbell said. "It really explodes out of his hands, so he's going to be a good one."

From Lemmon's perspective, the Trojans had the potential to contend for the program's first state title this season. Not getting the chance to compete and possibly make it to Victory Field was a devastating end to his junior year, which started in historic fashion at Valparaiso.

Lemmon attended Valparaiso as a freshman and sophomore and was enrolled there for the first semester of his junior year before transferring to Chesterton due to a family situation. In the fall, he helped the Vikings football team win its third consecutive Duneland Athletic Conference title and make its first state championship appearance since 2001.

Valparaiso ultimately lost 27-20 to two-time defending state champion New Palestine in the Class 5A state final. Lemmon was a starting defensive back for the Vikings, snagging five interceptions during the 2019 season, and had four tackles against the Dragons at Lucas Oil Stadium. Even though his team came up short, Lemmon said it was an extraordinary experience, especially considering that it was the last football game of his career.

In order to prepare for his senior year in baseball and his college career at Cincinnati, Lemmon will not return to the gridiron this fall at Chesterton.

"I guess I went out with a bang," Lemmon said with a laugh. "It's a once-in-a-lifetime opportunity to actually play at Lucas Oil. It's a memory I'll never forget."

As Lemmon gears up for one last run in 2021, Valparaiso baseball coach Todd Evans said he wishes his former player nothing but the best. Evans guided Lemmon throughout his first two prep baseball seasons and joked about technically still being Lemmon's only high school baseball coach.

If all goes as planned, that will certainly change in the near future.

VALPARAISO — Valparaiso, which is ranked No. 1 in The Times’ preseason top 10 rankings, can’t rely on the same personnel it had last year as the Class 5A state runner-up.

Quarterback CJ Opperman is no longer commanding the Vikings' offense, and wide receivers Luke Patterson and Antonio Osorio aren't hauling in any more touchdown catches. All three have graduated, but in their absence, Maximus Grimes is eager to prove his worth.

"It's a lot different than where I'm from, but I like it," Grimes said. "I feel like we have a real winning atmosphere here. Everybody here wants to win, and everybody is competing."

Grimes, who transferred from Lafayette Jefferson, has earned the starting role at quarterback for Valparaiso, and that shouldn't come as a surprise. Over the last two years, he's dominated opposing defenses to the tune of 5,340 passing yards, 68 touchdowns and nine interceptions.

Despite his gaudy stats, the 6-foot-2, 200-pound senior credited the success he's had throughout his prep career to the talented players he's been surrounded with.

That selfless mentality hasn't changed heading into his final high school campaign and is one of the main reasons why Grimes wasted no time linking up with wide receiver Blake Worthington.

"All summer we've thrown together, so we became pretty good friends pretty quick," Grimes said. "We did throw a lot, so we have good timing, and the fact that we both know the meaning of what we're doing (helps). He knows the route concept every time, and he knows why we're doing it."

Worthington, who also plays baseball, is the Vikings' lone returning starter at wide receiver and will most likely be their No. 1 target through the air. The 6-foot-2, 180-pound senior recorded 12 catches for 169 yards and two touchdowns last year and is confident that he can be more productive with an increased role this season — if a full season even takes place.

What a fluid football season could look like in 2020

The coronavirus pandemic has cast a cloud of uncertainty over the 2020 campaign, and five Region teams have already canceled their football seasons.

Worthington experienced the disappointment of losing a season firsthand when the IHSAA canceled spring sports April 2. So, now whenever he's on the field with Grimes and the rest of his teammates, there's an extra sense of appreciation and commitment behind every route he runs and every pass he catches.

"I feel like I lost a little bit of my high school time, you know? Because everybody wants to have a high school season," Worthington said. "It feels good to have a team again. I'm always with a team throughout the year, and that little time that I didn't have anything going on? I hated it.

"I love being with my family again."

Valparaiso coach Bill Marshall commended Worthington and Grimes for their dedication and leadership, especially considering the fluid circumstances the program has had to navigate because of the COVID-19 outbreak. The Vikings suspended their football workouts July 23 due to possible exposure and implemented a self-imposed moratorium until the first day of fall practice Aug. 3.

Since then, the team hasn't had any hiccups and was able to scrimmage Andrean at home Aug. 14. Although no fans were allowed to attend, Marshall believes it was a big step forward for his athletes.

"I think the best thing for us was getting our kids to realize that the season is upon us because what they're seeing (outside of our program) is a cancellation here and something being pushed back a few weeks there," Marshall said. " ... We had two people here livestreaming (our scrimmage), and to see the numbers on Facebook Live start going through the roof, it tells me that there's people in the community, too, that are excited that football is back."

Football is back: Scouting the Duneland Athletic Conference in 2020

Valparaiso will open its season Saturday at Penn, and Grimes and Worthington both said they can't wait to be back under the bright lights.

After losing 27-20 to two-time defending state champion New Palestine in the Class 5A state final last year, Worthington fully understands that returning to Lucas Oil Stadium isn't a sure thing. The coronavirus pandemic is the ultimate wild card, but if the Vikings are able to complete a full season, he likes their chances at potentially winning the program's first state title since 1975.

"We all really bonded last year, and it sucks to lose some guys. We had such a great year," Worthington said. "But it just shows that if we build a family, we can do it again.

"Getting a little taste of (the state championship) just makes us want it even more."

Valparaiso and New Palestine compete in the Class 5A state final at Lucas Oil Stadium in Indianapolis.

"They're really helping each other out, and they support each other like brothers."

"Just to see her growth and commitment to the game of basketball, seeing her (eclipse 1,000 points) was like icing on the cake because she works so hard."

"Everything right now depends on those test results."

According to a scheduling update the Portage girls basketball team shared via Twitter, all of the program's remaining nonconference games have been canceled, while the Duneland Athletic Conference contests have been postponed.

"Everything right now depends on those test results."

"I was just happy that we accepted and embraced the challenge." 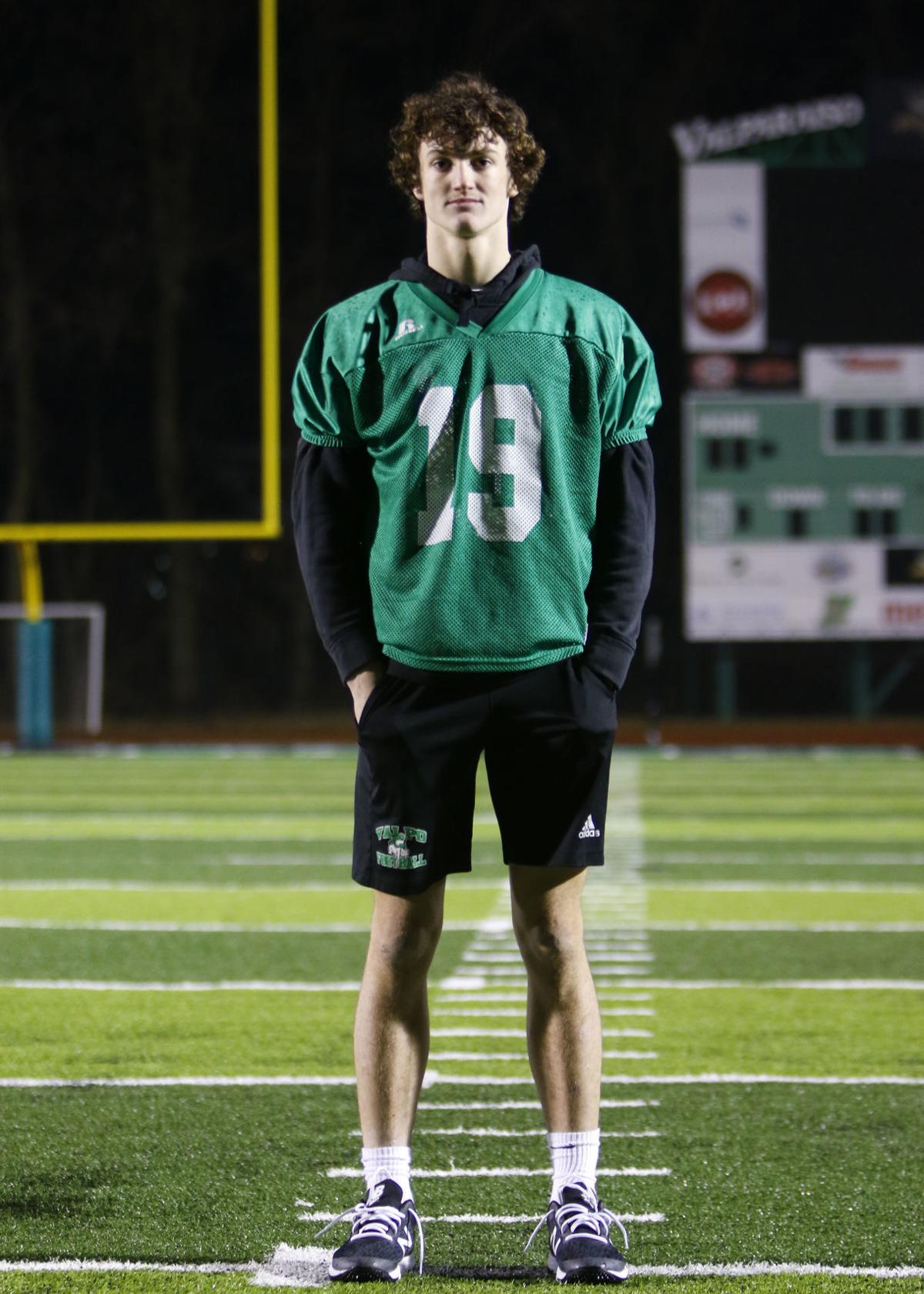 Former Valparaiso football and baseball player Blake Lemmon, who transferred to Chesterton midway through his junior year, verbally committed to Cincinnati on Monday. 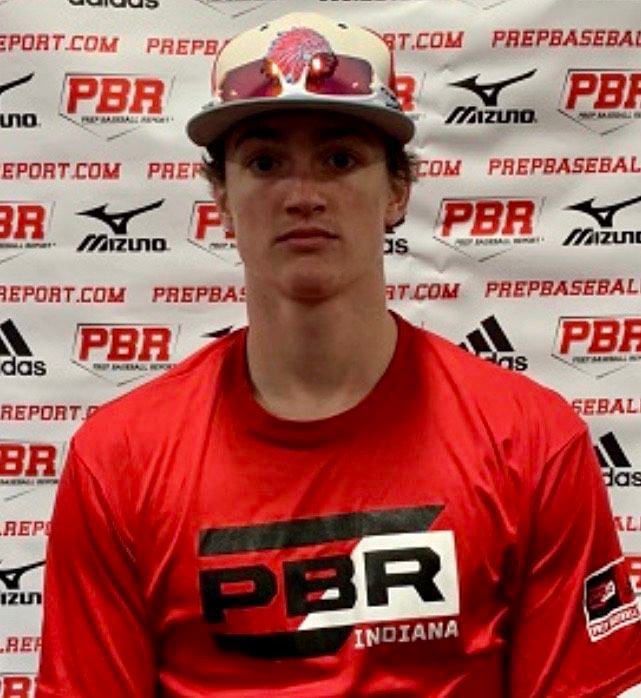 Chesterton pitcher Blake Lemmon had a strong performance at a Prep Baseball Report showcase in February, which helped him land multiple Division I scholarship offers.