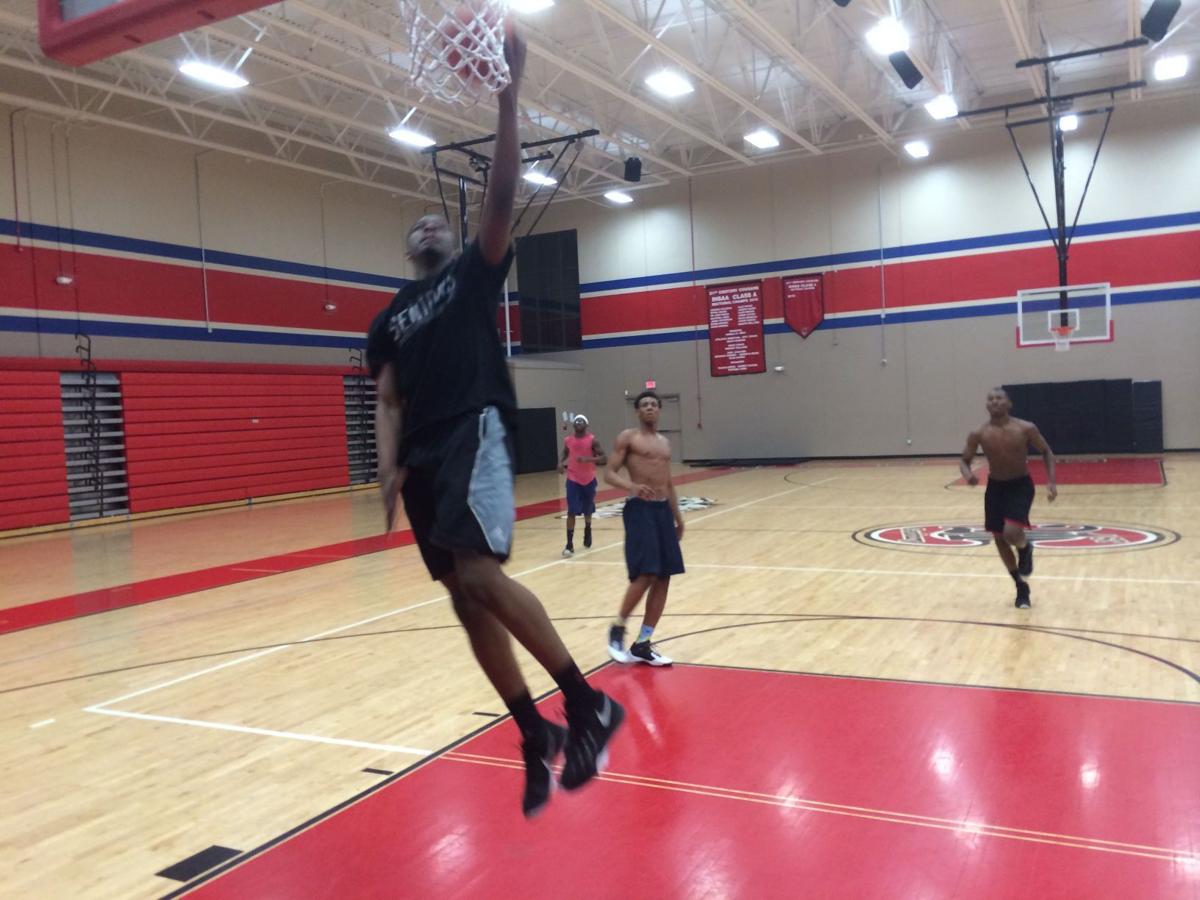 21st Century senior Tyree Booker is averaging 10.8 points and 9.7 rebounds for the sectional-champion Cougars, who will play in Saturday's Class A Triton Regional. 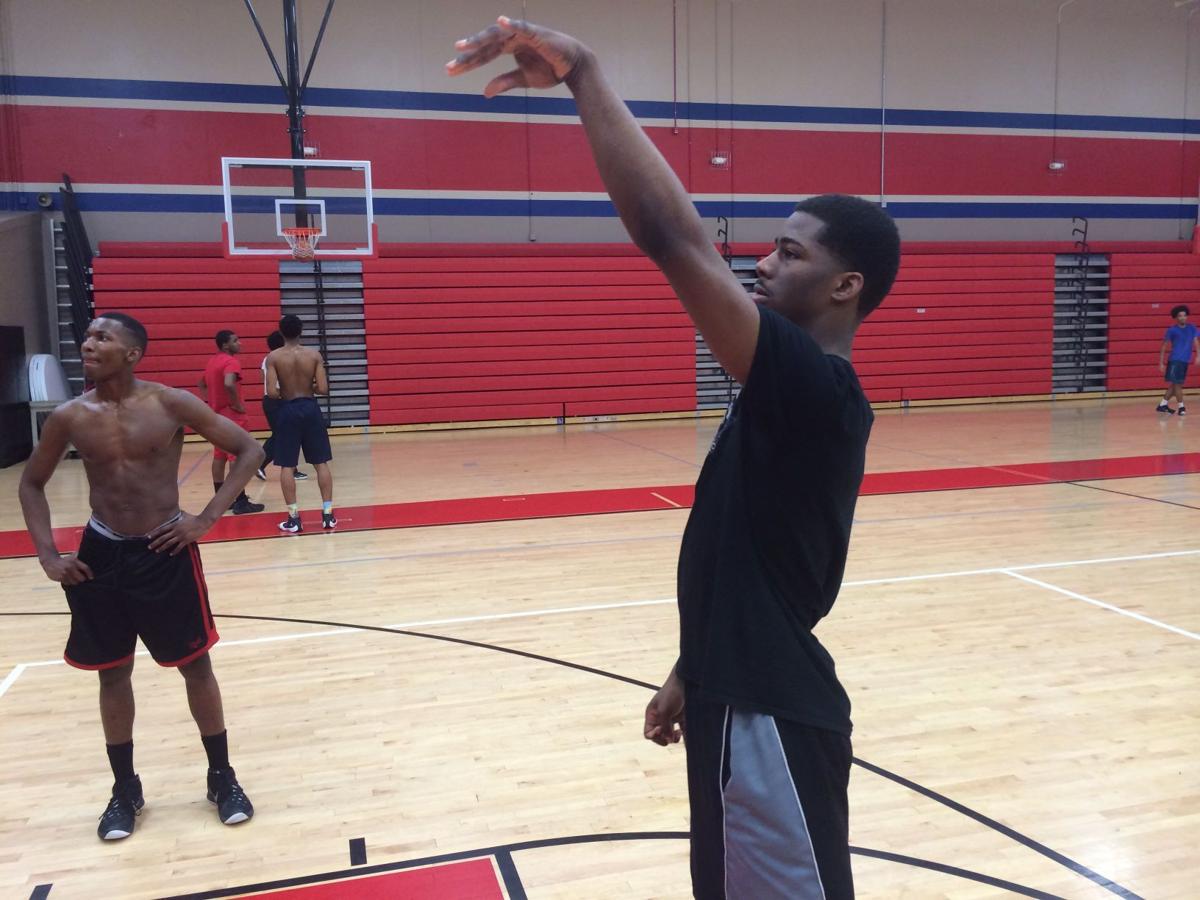 21st Century senior Tyree Booker practices free throws on Monday as the Cougars prepare to take on host Triton in the Class A regional on Saturday.

GARY — The gravity weighed heavily on the shoulders of Tyree Booker a few years ago. It was 24/7. The crime and shootings in his old neighborhood in Harvey across the state line had hope running into the sunset.

It affected him in the classroom. It kept his feet on the floor on the basketball court, even getting cut two years in a row in middle school.

"Like every kid I went home and cried," said Booker, a 6-foot-5 senior forward on 21st Century's boys basketball team. "I had people tell me I was tall for no reason."

His family relocated in Northwest Indiana and Booker's life changed. And it had little to do with basketball at first.

"He was in our building for about three weeks before I knew he was here," 21st Century coach Rodney Williams said. "I asked him if he'd ever played basketball and told him to come out for the team last year. He wasn't very good when he got here."

After being cut in middle school, former NFL player Tai Streets started working with Booker as a freshman at Thornton, and again as a sophomore. But during his 10th grade year, he went up for a dunk and crashed into a door that fractured his shoulder and his season was done. That's why the rust was still on Booker a year ago. But not no more.

"Eugene (German) really got me to come out for the team here," Booker said. "But I had to prove myself being the new guy. We had a hard year. We didn't make it out of sectionals. But we all worked really hard over the summer to get ready for this year. It's amazing having the best player in the state (German) open his arms up to me like that."

Now on the A-B Honor Roll, Booker plans on studying engineering in college, where he wants to continue his rags to riches hoops game. But that focus is in the future. This week 21st Century is only thinking about Triton, winners of 10 sectionals since 2000 with nine of them coming on its home floor. The Trojans have won five regionals in that time span, all coming at home.

Triton has won four semistates since 2008, winning the 2008 state championship.

"They're deliberate with the basketball, they play good defense," Williams said. "They're only giving up 40 points a game and they're scoring 52 a game. It's a good-shooting team. We're going to have to get them to play our tempo."

German, the state's leading scorer at 33.3 points per game, isn't far below the team average Triton is giving up.

Booker, known as "Big Ree" to his teammates, knows Triton will be tough. But what he's seen in his life there is nothing that will cause him to cower in the face of this challenge.

And that's what Saturday will be — big.

Marquette's Kenney not your average freshman

Earlier this season, Donovan Garletts would call Colin Kenney 'Freshy' when the freshman guard made a 14-year-old's mistake.

GARY — One question continues to be asked about 21st Century sophomore DeAndre Gholston. It's been muttered by many over the last two basketba…

GARY — When Rodney Williams talks about Jerell Northern a smile comes to his face. Williams, the boys basketball coach at 21st Century, has gr…

MORGAN TWP. — 21st Century was not able to control the tempo in Saturday’s Sectional 49 title game against host Morgan Township, but that did …

German gets his, but Gholston gets going to give 21st Century win at Kouts

KOUTS | Does the T.F. South boys basketball team have any players left on its roster. Some in Northwest Indiana might be asking that question …

21st Century senior Tyree Booker is averaging 10.8 points and 9.7 rebounds for the sectional-champion Cougars, who will play in Saturday's Class A Triton Regional.

21st Century senior Tyree Booker practices free throws on Monday as the Cougars prepare to take on host Triton in the Class A regional on Saturday. 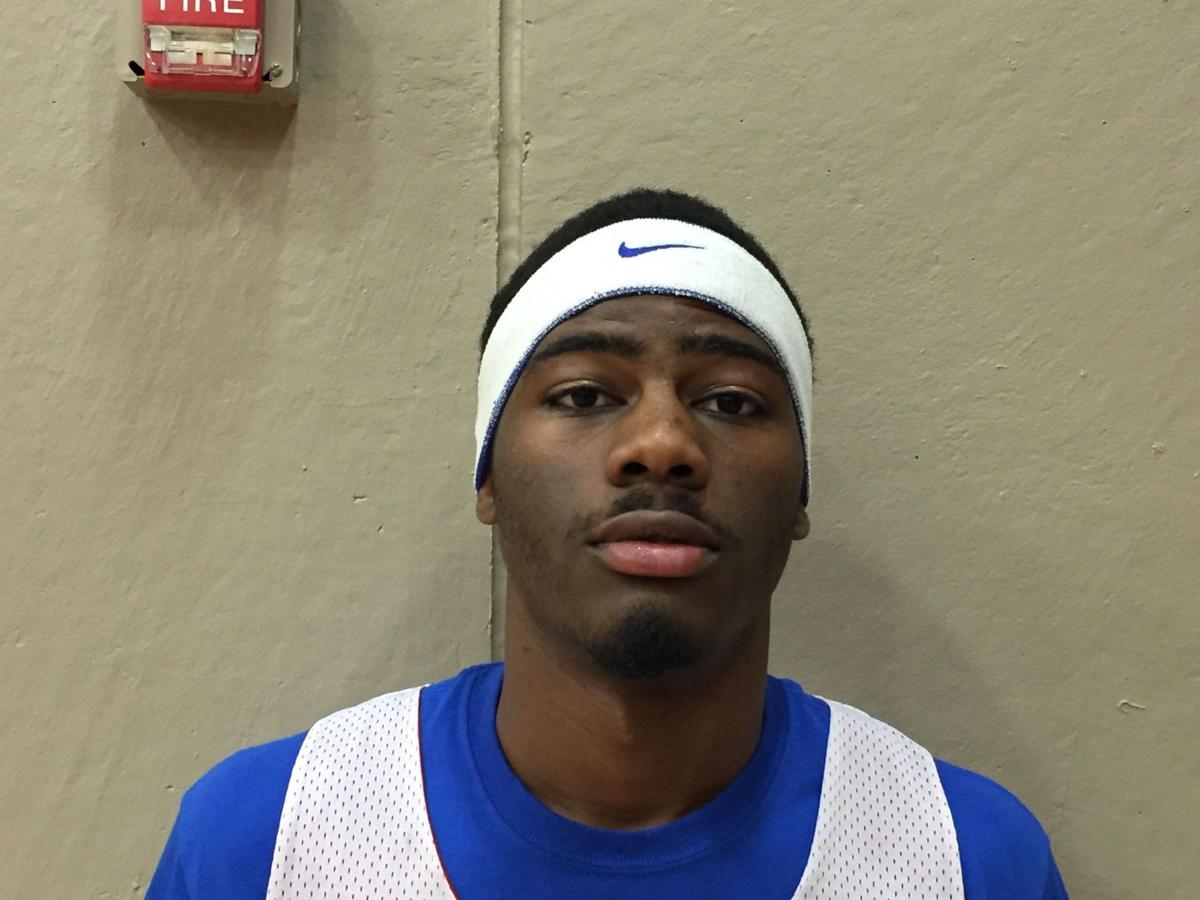