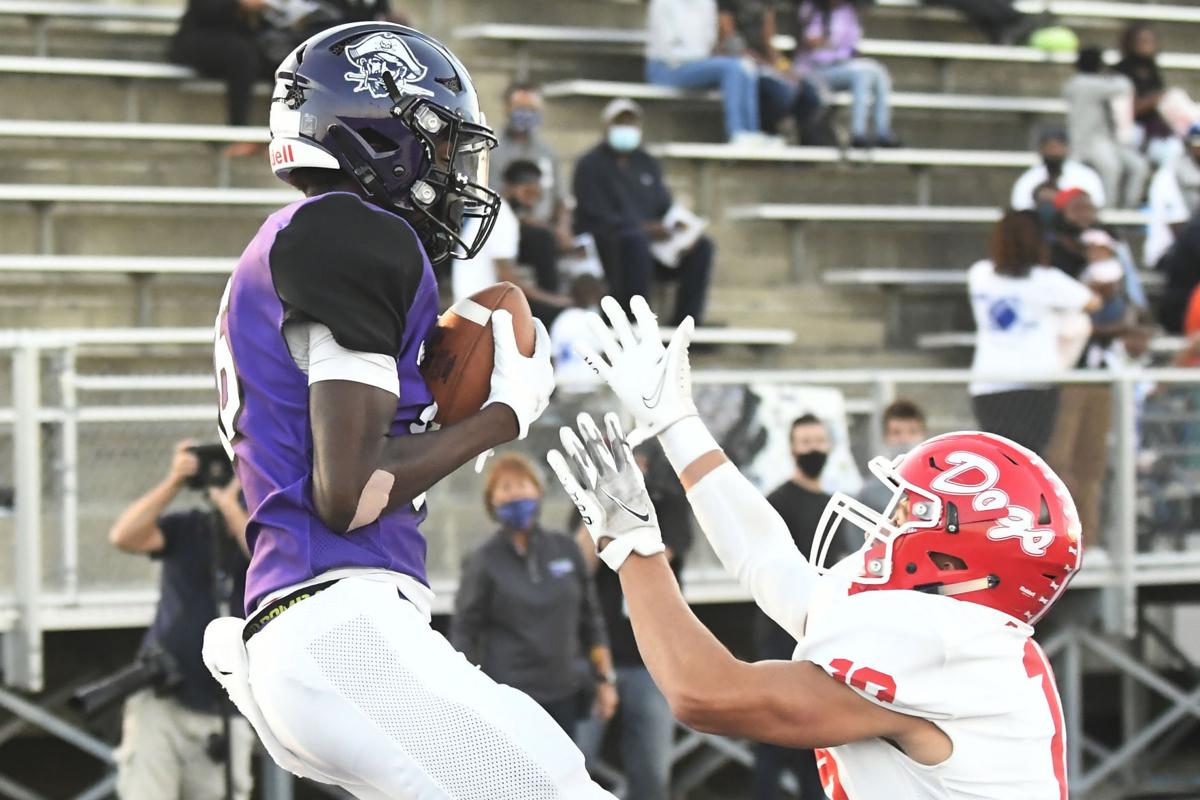 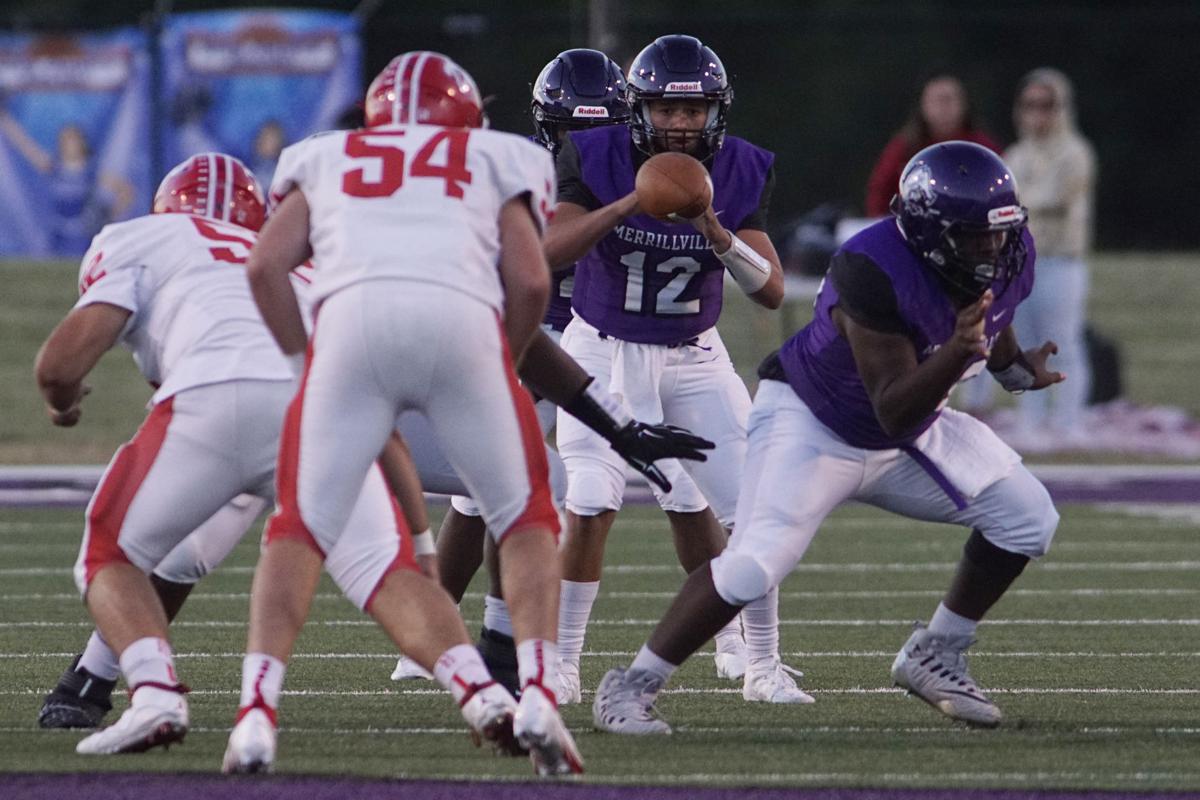 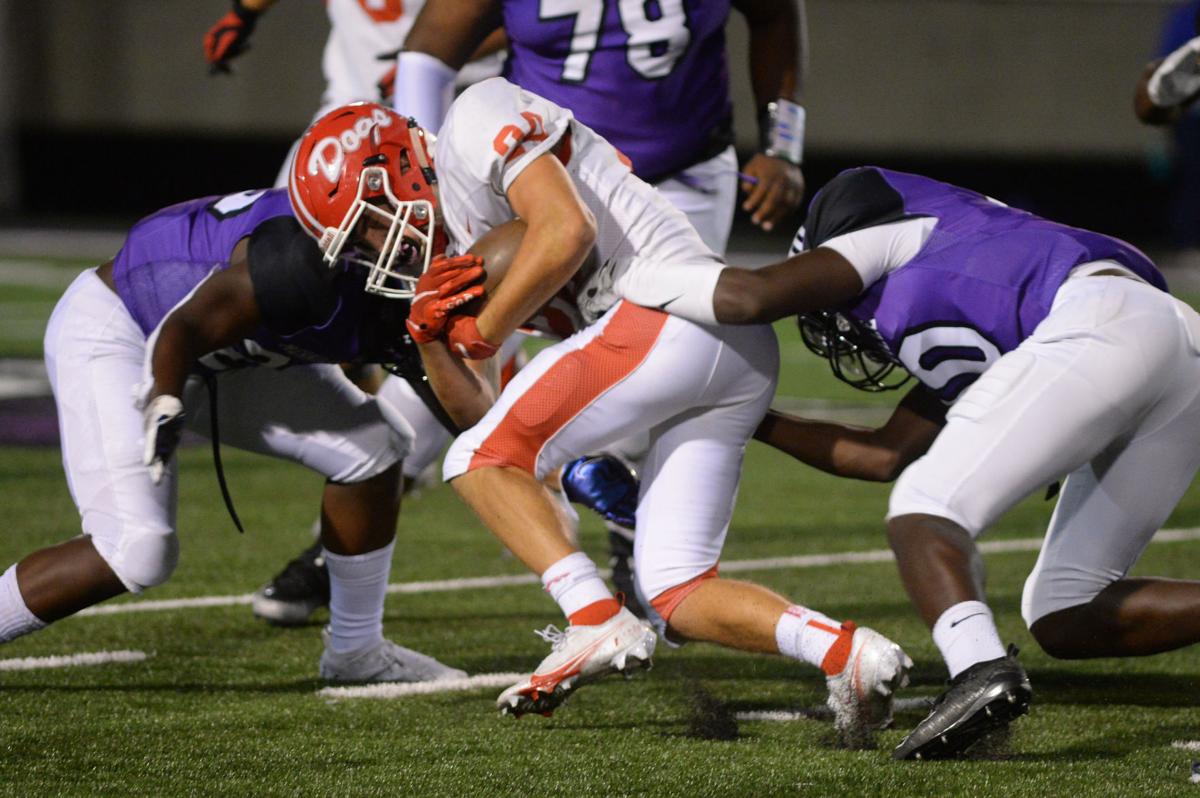 MERRILLVILLE — The last two times Merrillville and Crown Point squared off, both games were decided by one score.

Wide receiver Marcus Hardy made sure that wasn’t the case Friday night.

The Pirates’ standout senior, who transferred from Morton after the School City of Hammond canceled fall contact sports Aug. 4, caught two touchdowns against the Bulldogs. His strong outing helped Times No. 2 Merrillville cruise to a 42-7 victory over No. 7 Crown Point in their Duneland Athletic Conference Opener, which was also senior night for the Pirates.

Hardy’s first touchdown grab of 14 yards capped off a five-play, 60-yard drive on Merrillville’s first possession. However, his most impressive catch came just before halftime. With 9.1 seconds left in the second quarter, Hardy ran a slant route to the middle of the field and caught a 16-yard touchdown pass, leaving 1.2 seconds on the clock.

“Obviously, with not much time left, to find Marcus there was big,” Pirates coach Brad Seiss said. “He made a nice play. There was a defender there, but he stepped in front of him and made a nice catch.”

As Seiss commended Hardy for his performance, he also gave credit to the guy delivering him the ball. Junior quarterback Angel Nelson has assumed the starting role this season, and aside from a couple of errant throws here and there, he rarely looked flustered when he dropped back.

“Crown Point likes to bring it. That’s what they do, they bring pressure,” Seiss said. “(Nelson) stepped up and took some shots and threw a really nice ball to Armani on the double move.”

Running back Tank Logan got in on the action, too, notching his third straight 100-yard game. The junior totaled 17 carries for 144 yards and two scores.

Sophomore running back Phillip Roche also scored his first touchdown of the year with a 4-yard run early in the fourth quarter, which was set up by a 70-yard run from quarterback Paris Hewlett to close out the third quarter.

Seiss believes Hewlett, another senior who transferred from Morton, could be a catalyst for Merrillville.

“Paris is going to help us,” Seiss said. “He’s still figuring some things out with our verbiage and how we do stuff. He’s in a tough spot, coming in really late and having one of the hardest positions to come in and play. (As a quarterback), not only do you have to know what you’re doing, but you gotta know what the other 10 guys are doing. It’s tough, but he’s doing a nice job.”

Although a host of Pirates had big offensive nights, Seiss said his team still needs to be more disciplined. Merrillville (3-0, 1-0) racked up nine penalties for 95 yards.

“People love to talk about the guys who score the touchdowns, but we felt really strong about how we were going to be defensively this year,” Seiss said. “Our inside six guys are really good, and we’ve got a lot of the backend guys back (from last season). Offensively, we know that our defense is always going to get the ball back for us.”

Michigan City will miss its next two football games after a positive COVID-19 test in its program, sending two Duneland Athletic Conference programs looking for games.