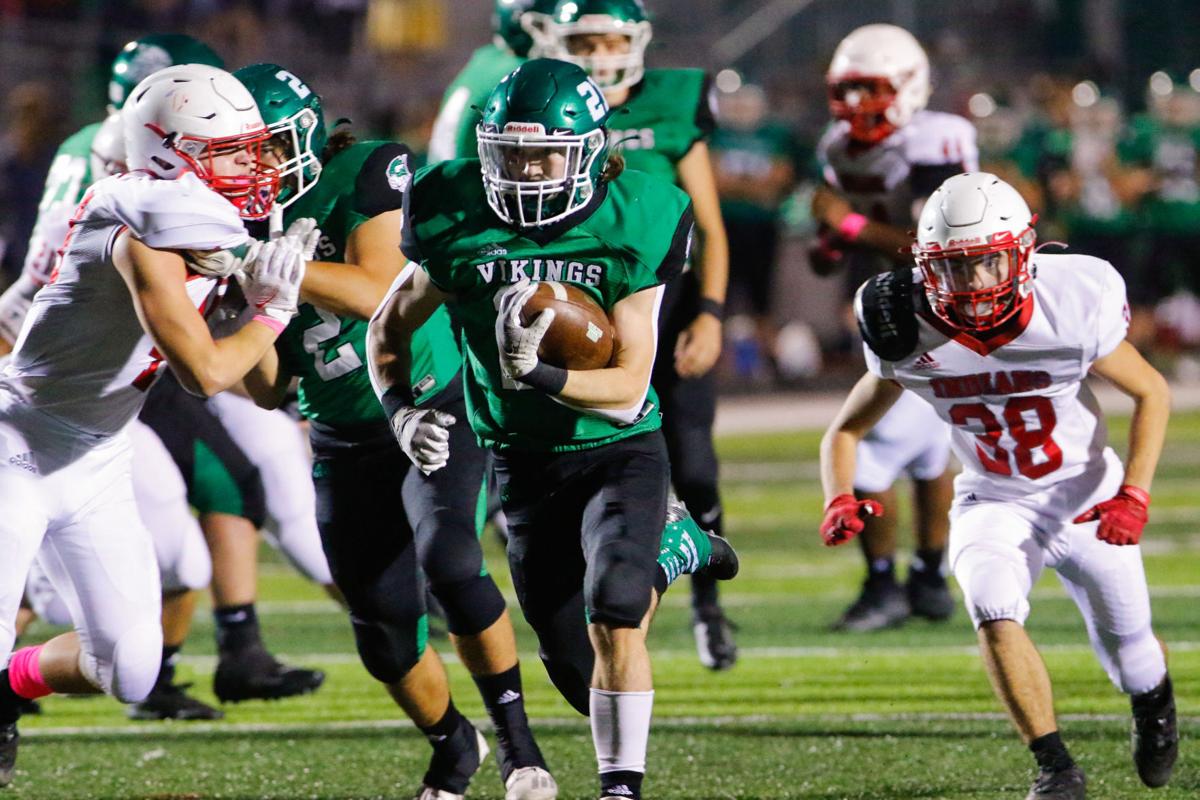 Valparaiso's Hayden Vinyard, center, finds space in a game earlier this season. The junior ran for 146 yards and two touchdowns in Friday's 44-17 win over Lake Central. 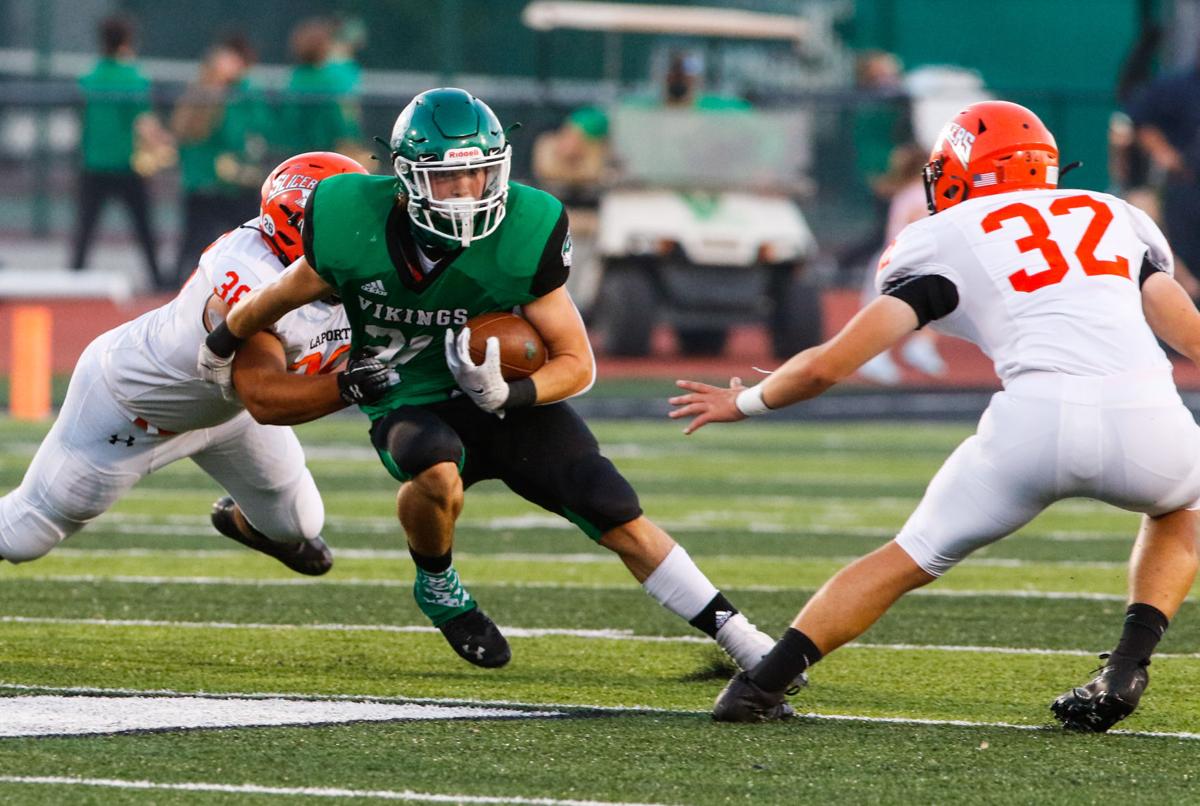 Valparaiso's Hayden Vinyard, center, said on Friday the Vikings' goal is to return to state in 2020.

ST. JOHN — Junior Hayden Vinyard speaks for Valparaiso when asked about the team’s goals for the remainder of the strangest of seasons.

The Vikings offense looked the part in a 44-17 Duneland Athletic Conference win at Lake Central (1-8, 0-7) Friday, in part due to Vinyard. He had 146 yards and two touchdowns on 13 carries.

“(Vinyard’s) a fanatic in the weight room. He’s team-first and says very little. He doesn’t want the accolades,” coach Bill Marshall said. “We’re excited to have him. He comes from a great family. He’s a hard-working, quiet, ‘go do my job and help the team’ out kind of guy.”

Vinyard and Tommy Burbee split the carries in the backfield. The competition between the two is healthy. They joke back and forth about who was more productive after games.

Vinyard won this week. Burbee had five carries for 53 yards.

“We can only get better, with me and Burbee having competition,” Vinyard said. “We push each other pretty hard.”

Vinyard broke open the game for the Vikings (5-0, 4-0) with a 73-yard touchdown run in the second quarter.

Vinyard plays both ways, one of only two players who do that for the Vikings. Before this season, he was only a running back.

“I still think of myself as an offensive player. I thought I was only going to play offense this year, again,” he said. “They needed a little help (on defense).”

He relishes the chance to play on such a stout defense. Valparaiso is allowing under 14 points per game.

“It’s crazy how much knowledge and experience (the defensive coaches) all have,” Vinyard said. “They’re passing it down to us and it’s just a really good experience.”

Indiana commit Cooper Jones is the only other Vikings player who plays on both sides of the ball.

“Very few kids come through our program who can actually start both ways,” Marshall said.

Times No. 2 Valparaiso’s win Friday was the 21st consecutive Duneland Athletic Conference win for the Vikings. The team hasn’t lost to a conference foe since 2017.

Coach Bill Marshall said that streak is a measure of improvement for a program that didn’t win a postseason game between 2012 and 2018.

“To be able to have back-to-back undefeated regular seasons, it’s a huge testament to our kids and our coaching staff, the time and energy that they’ve put in,” Marshall said.

Valparaiso missed four games because of COVID-19. The Vikings canceled meetings with Crown Point and Merrillville after contact tracing shut down practice for two weeks last month. Scheduled games against Griffith and Michigan City were also scratched due to positive tests at those schools.

“We obviously don’t have the same experience (as last season) due to the cancellation of games but we’ll be ready,” Vinyard said.

Catch up on the Week 9 action here!

Calling all Region prep football fanatics! Catch up on all the need to know football Friday excitement, final scores and more here.

Cooper Jones is headed to Bloomington.

Valparaiso's Hayden Vinyard, center, finds space in a game earlier this season. The junior ran for 146 yards and two touchdowns in Friday's 44-17 win over Lake Central.

Valparaiso's Hayden Vinyard, center, said on Friday the Vikings' goal is to return to state in 2020.