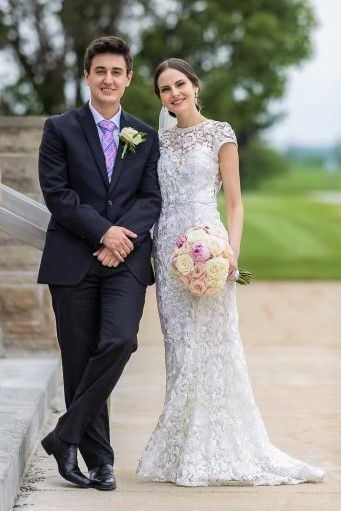 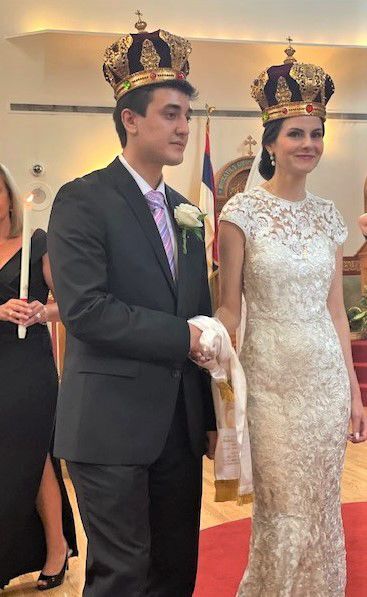 Marko Labovic of Valparaiso, IN and Tereza Machova also of Valparaiso, IN (formerly of Czech Republic) were united in marriage on July 17, 2021 at St. Sava Serbian Orthodox Church in Merrillville, IN. Father Marko Matic officiated the traditional ceremony for the couple who, though born an ocean apart, agree love grew right from the start! Milan Disljenkovic served as Kum (traditionally best man and first witness); aunt Tammy Kirby served as Stara Svatica (traditionally master of ceremonies and second witness). Both the bride and groom are graduates of Valparaiso University.

“By chance the couple met though born an ocean apart, And this ocean of love joined at the heart. Finding true love is a wonderful thing, Two hearts make a promise symbolized with a ring. And so, Marko and Tereza have promised each other, To share the rest of their lives and cherish one another!”

WATCH NOW: Driver killed in head-on crash with semi on U.S. 20 outside Chesterton

A semi-truck and vehicle collided head-on on U.S. 20 outside of Chesterton Monday evening, killing the driver of the vehicle.

Anyone with information can contact Detective Isaac Washington at iwashington@eastchicago.com or 219-391-8318. Those who wish to remain anonymous can contact the tip line at 219-391-8500.