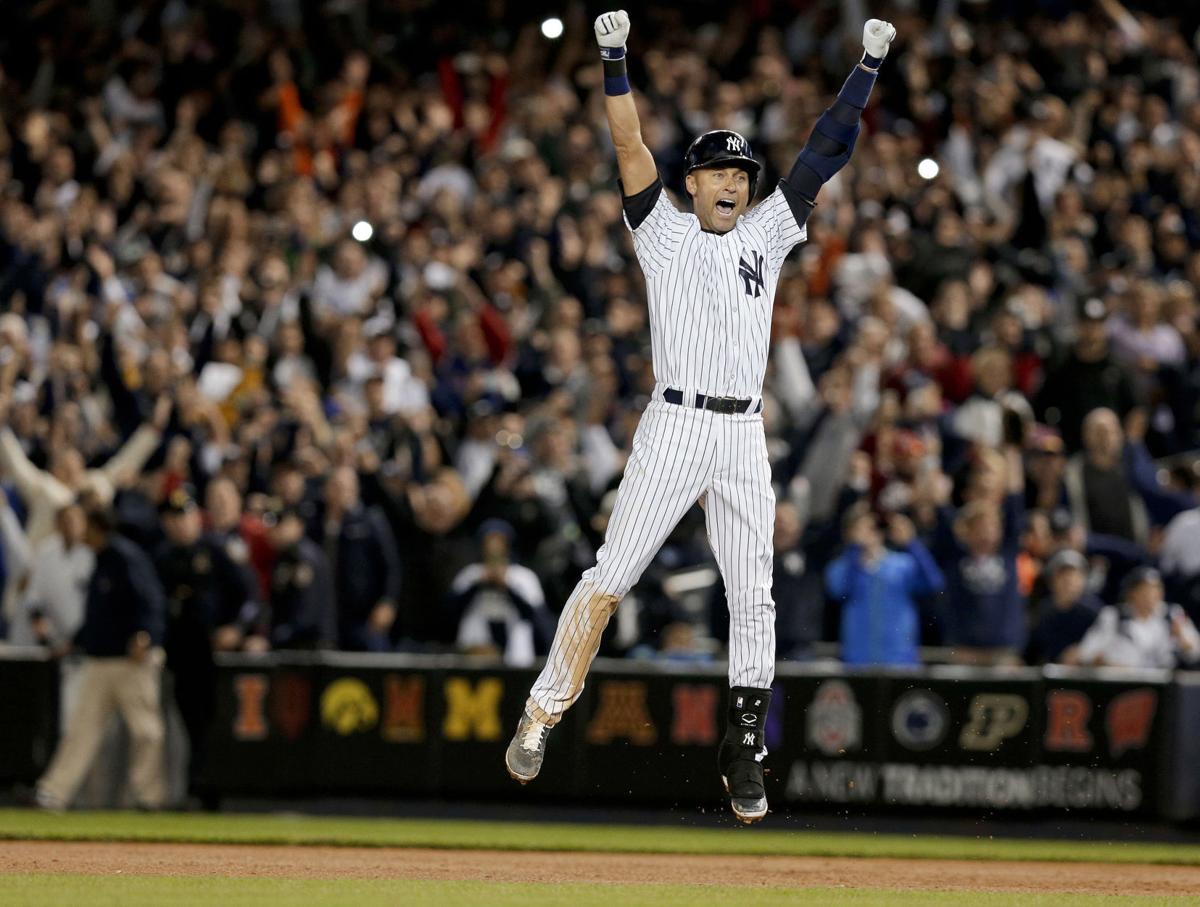 Derek Jeter is a lock to be voted into baseball's Hall of Fame when results of the balloting are announced Tuesday. The only question is whether he'll be a unanimous selection.

Curt Schilling was named on 60.9% of the hall of fame ballots last season, his highest level of support. He has a chance at induction this year, based on early public disclosure of nearly 45 percent of the roughly 420 ballots cast.

NEW YORK — When it comes to unanimous picks for baseball's Hall of Fame, Derek Jeter quite appropriately has the chance to be No. 2.

Yankees closer Mariano Rivera became the first player to appear on every ballot when he swept 425 votes in last year's election. Ken Griffey Jr. was three votes short perfection in 2016, breaking the mark of five shy that had been held since 1992 by Tom Seaver.

"Nobody wants to be branded or held accountable on social media if they're not voting for an obvious selection," Madden said Monday. "I could see people's lives being threatened if they didn't vote for Derek Jeter."

Jeter was picked by all 201 voters tabulated through late afternoon Monday by Ryan Thibodaux's Hall of Fame vote tracker, nearly half the expected ballots. A 14-time All-Star shortstop who hit .310, Jeter led New York to five World Series titles and captained the Yankees for his final 11 1/2 seasons. New York retired No. 2 in his honor, but Jeter has struggled for success in his post-playing days as CEO of the of the Miami Marlins.

Larry Walker, who hit 383 homers in a career boosted by nearly a decade of home games in the launching pad of Denver's Coors Field, was at 170 (84.6%). Curt Schilling, a three-time World Series champion for Arizona and Boston, was next at 158 (78.6%). While Walker and Schilling were thus far above the 75% threshold needed for election, percentages usually decline among the non-public ballots.

Attitudes have changed since the initial Hall vote in 1936, when Ty Cobb was left off four ballots, Babe Ruth and Honus Wagner were omitted from 11, Christy Mathewson from 21 and Walter Johnson from 37.

Schilling is making his eighth appearance after going up from 51.2% to 60.9%. He dropped from 52.3% in 2016 to 45% the following year and claimed his support dropped because he publicly supported the election of Donald Trump for president.

Barry Bonds and Roger Clemens, both tainted by accusations of steroids use, also are on for their eighth time. Each received just over one-third of the vote in his first appearances in 2013 and both were at about 59% last year. Bonds was at 72.6% on this year's vote-tracker and Clemens at 71.6%.

Manny Ramírez, suspended twice under Major League Baseball's drug program, was at 31.8% on the vote-tracker. Sammy Sosa, another steroids-tainted star, was at 16.9%.

Bonds and Clemens could benefit next year, when the most prominent players eligible for the first time are Torii Hunter and Mark Buehrle.

PHOENIX — Tony Valdovinos didn't know he was in the U.S. illegally until he tried to join the Marine Corps at 18 and learned he was born in Mexico.

CARSON, Calif. — On to the next goal.

XFL kicks off to fanfare in Washington

WASHINGTON — The debut of the new XFL had a punt blocked for a touchdown, a juiced-up crowd roaring for big plays and a player swearing during an in-game television interview.

DAYTONA BEACH, Fla. — Kevin Harvick put a mic drop on his TV broadcasting career and turned off the dial on his radio show. The moonlighting gigs have been parked, minimizing his distractions, maximizing his family time, but certainly not accelerating any thoughts about retirement.

WEST PALM BEACH, Fla. — Count Washington Nationals general manager Mike Rizzo among those not impressed or satisfied by the Houston Astros' attempts to apologize for — and put behind them — their sign-stealing scandal.

Derek Jeter is a lock to be voted into baseball's Hall of Fame when results of the balloting are announced Tuesday. The only question is whether he'll be a unanimous selection.

Curt Schilling was named on 60.9% of the hall of fame ballots last season, his highest level of support. He has a chance at induction this year, based on early public disclosure of nearly 45 percent of the roughly 420 ballots cast.