IN TUNE: Symphony Celebrates the Moon with an Out-of-this-world Concert; Astronaut Jerry Ross Will Appear
Share this
Return to homepage × 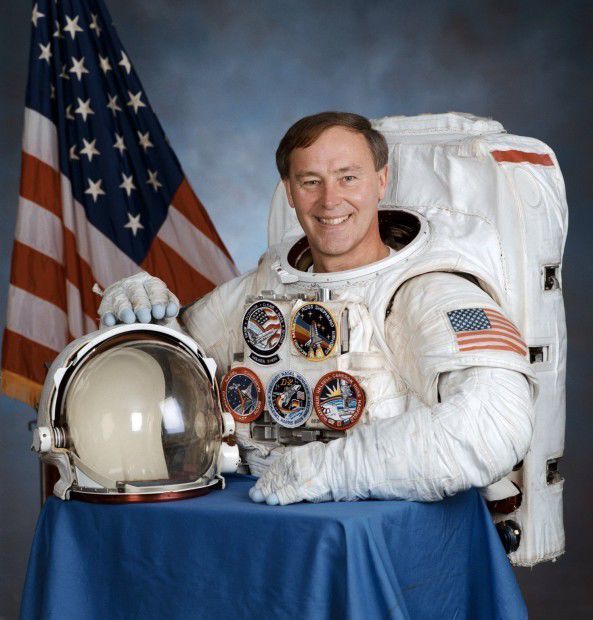 Jerry Ross, astronaut and Crown Point native shown in his space suit when he was flying missions. 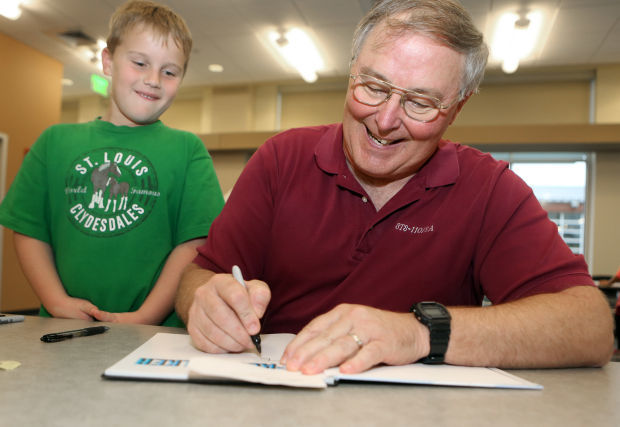 Astronaut Jerry Ross autographs his book "Becoming a Spacewalker: My Journey to the Stars" in 2014 for Gabe Flacke, 7, of Valparaiso, at the Crown Point Public Library. 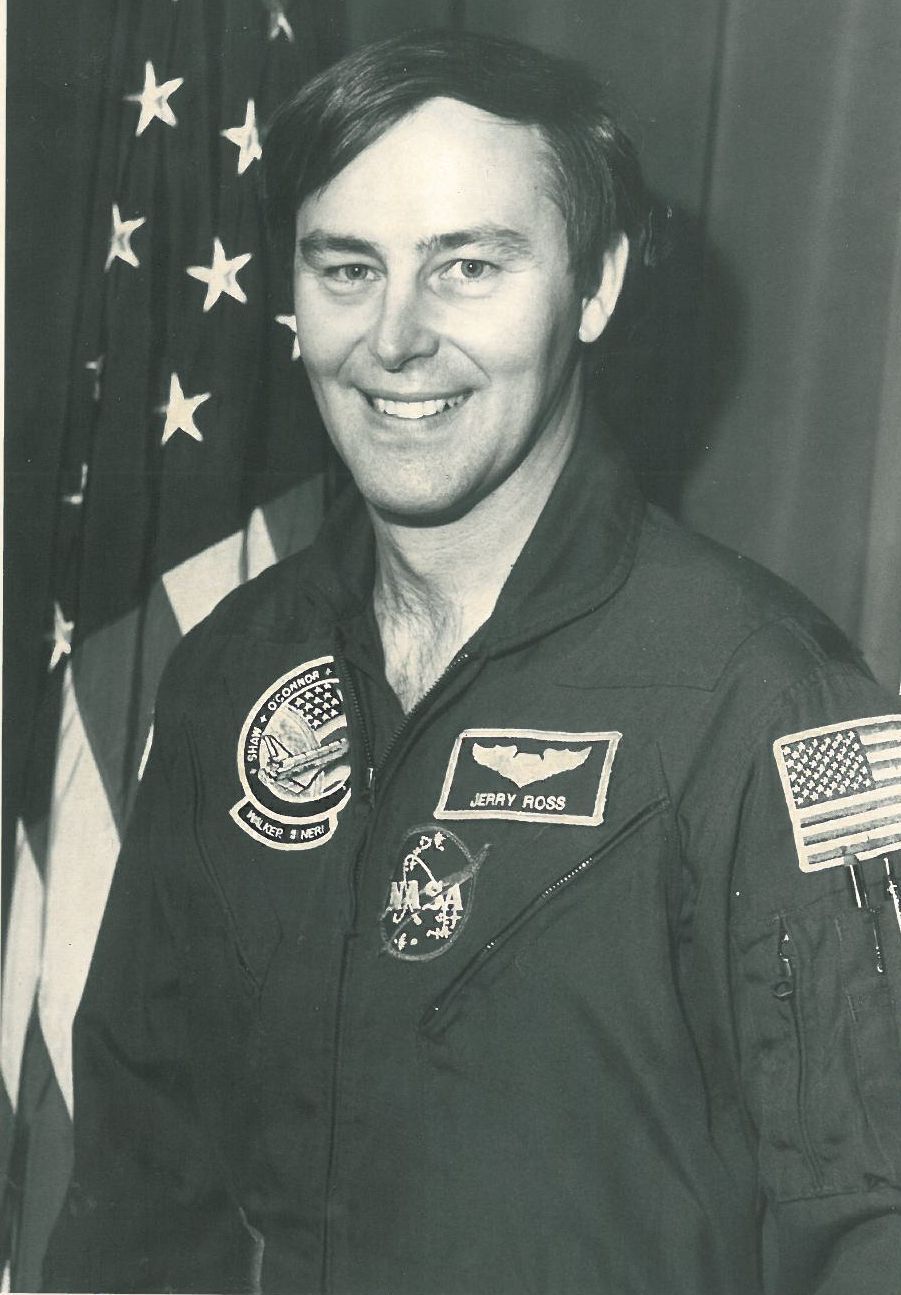 In all of human existence, there have really been only two mind-boggling events involving flight, and these were both were achieved by Americans. The first, of course, was the Wright Brothers at Kitty Hawk in 1903. Until 1903, nothing existed in the air above human heads except birds.

Then in December of 1962, President Kennedy gave a speech in Texas stating that before the end of decade, America should put a man on the moon!

The brains, science, education, manufacturing and 'can-do' will of Americans got to work. America went from the first powered flight to a moon flight in the staggering span of just six years.

And we went from President Kennedy’s challenge to accomplishing his goal in a mere seven years!

There is a film entitled "One Small Step," which documents President Kennedy throwing down this gauntlet, the scientists and engineers working on the problems, the testing of different components, the training of the astronauts, the development of the rockets, the successes and the failures on the road, and, finally, the launch and voyage of Apollo 11.

While this film is showing, the orchestra will be accompanying this special film with Aaron Copland’s "Fanfare for the Common Man" and "Appalachian Spring."

In our down time at rehearsals, I want to ask him about some of those other astronauts who graduated from Purdue, including Gus Grissom, Neil Armstrong, and Eugene Cernan.

Col. Ross will be at the hall early on the 17th and has agreed to greet the patrons as you enter the concert hall!

The first half of the program will include all manner of “outer space" music: Star Trek, Star Wars, E.T., Holst’s Planets, Zarathustra, and Apollo 13 to name but a few. It is going to be a wonderful 50th anniversary celebration!

Attention all teachers: Oh, and before I sign off, I wanted also to mention to all teachers that next Oct. 8 and 9, our education concerts will also be all about the 50th anniversary of landing on the moon.

All the music will be "outer space" music plus, of course, teaching the children about all the instruments of the orchestra. I hope that spaceships full of children will be able to join us!

Tickets are $33-$73 and students are $10. "One Small Step" is sponsored by The Times, an Anonymous donor, WANISS, MonoSol, Georgia and Carsten Falkenberg, John Cicco’s Menswear, and Millies Engineering Group.

Opinions are solely those of the writer’s. Kirk Muspratt is the conductor of the Northwest Indiana Symphony Orchestra. Muspratt’s column is an occasional feature during symphony season.

Tickets and subscriptions are available for all concerts. Tickets range from $33-$73 and may be purchased online at www.nisorchestra.org, where you can choose your seats and print your tickets at home, or by calling the box office at 219-836-0525.

Orchestral music fans will have an otherworldly experience when attending Northwest Indiana Symphony Orchestra's next concert.

Beatles fans will want to flock to The Venue at Horseshoe Casino on April 28.

Rodgers and Hammerstein's "Cinderella" will be performed through May 6 at Cadillac Palace Theatre, 151 W. Randolph St., Chicago. Tickets range…

Jerry Ross, astronaut and Crown Point native shown in his space suit when he was flying missions.

Astronaut Jerry Ross autographs his book "Becoming a Spacewalker: My Journey to the Stars" in 2014 for Gabe Flacke, 7, of Valparaiso, at the Crown Point Public Library.