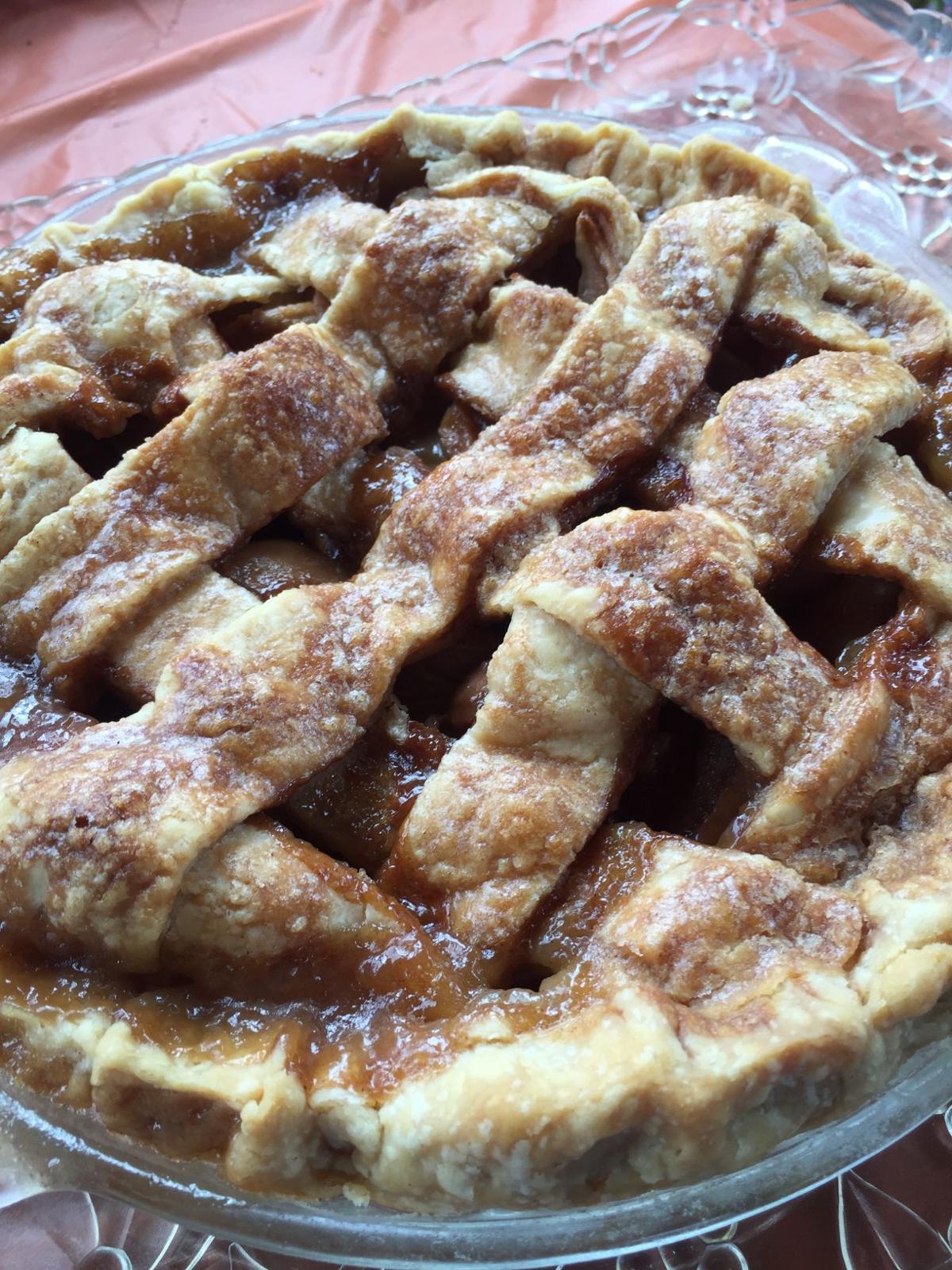 An old-fashioned recipe for Caramel Apple Pie from Denise Jean of Hammond was one of the winners of the 10th Annual Pie Baking Contest at the 2015 Bizarre Bazaar in Hammond. 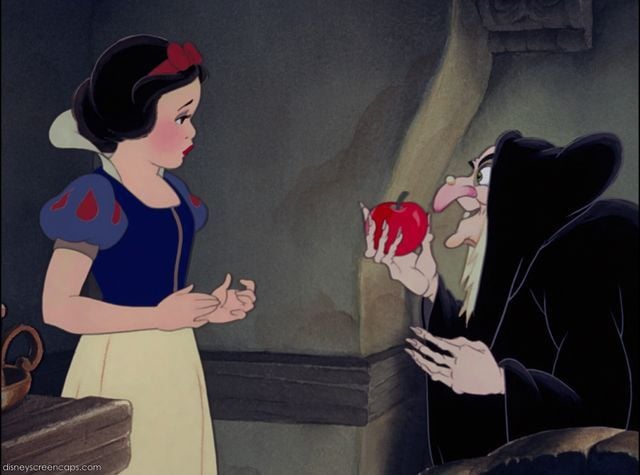 Snow White is tempted by an apple by the peddling hag in Walt Disney's "Snow White and the Seven Dwarfs." However, in the original tale from Brothers Grimm, the witch also used an earlier means to encourage the demise of the princess.

Two weeks ago, I shared one of the winning recipes for the pie-baking contest sponsored by Downtown Hammond at the popular Bizarre Bazaar festival.

This year was the 10th annual Pie Contest in Hammond in Harrison Park and the award for flakiest crust was bestowed to Denise Jean, of Hammond, for her Caramel Apple Pie.

The arrival of October and the delicious treat of crisp apples from local orchards are a natural pair.

In addition to enjoying Denise's winning apple recipe, I've also included a short and fun five-question quiz themed about everything apples. Good luck and see how many of these questions you score correct. I've included the answers at the end of the column.

1. Maria Ann Smith cultivated the "Granny Smith" variety of apple, introduced in 1868, from the orchards of her home on which continent?

2. Which popular singing sisters group counted the songs "Don't Sit Under the Apple Tree (With Anyone Else But Me)" and "Apple Blossom Time" among their most requested hit songs?

A. The Andrews Sisters

B. The Lennon Sisters

3. Known for the large and eye-appealing color and appearance, the "Delicious" apple variety is available in "Red" or "Golden" and has been criticized in recent decades for all of the following EXCEPT:

A. thick and tough skin

B. too many seeds

4. In the classic 1937 animated Walt Disney film version of "Snow White and the Seven Dwarfs," the hag peddling items to Snow White attempts to kill her with a poisoned apple; however, in the original published 1812 German tale written by the Brothers Grimm, the hag used a poisoned:

5. John McIntosh discovered the original wild apple tree sapling, later named for him as "McIntosh," on his farm in Canada in 1811. The original tree continued to bear fruit for how many years, before it died?

DIRECTIONS: To make crust, cut shortening into flour and then add water a couple tablespoons at a time until dough can be formed into a ball. Divide dough in half and roll out half of the dough to make bottom crust for a 9-inch pie pan. Pour prepared apples into the crust. Preheat oven to 425 degrees. Roll out the remaining pie crust dough and cut into strips to create the lattice top pie crust design. Place the intertwined top crust strips over the apples for a criss-cross design, turning edges under to seal and flute. To make caramel sauce, combine all sauce ingredients in a sauce pan over medium heat and bring to a boil to assure sugar has dissolved. Allow sauce to cool slightly and then pour sauce over the pie, including the top crust and allow it to seep around apples. Bake at 425 for 20 minutes and reduce heat to 350 and bake another 45 minutes.  Makes 8 slices.

The opinions expressed are solely those of the writer. He can be reached at philip.potempa@nwi.com or (219) 852-4327.

PennyWise Episode 39: Easy ways to save money on holiday decorations this year

FROM the FARM: Exciting culinary events from East to West welcome October

Online Cookbook: Recipes featured in The Times in 2015

This online cookbook features recipes that have appeared in The Times in 2015. Bon appetit!

Millennium Park will be the site of a culinary event which annually draws thousands of area foodies for a weekend of tasty samplings, educatio…

FROM the FARM: Sheriff and Debbi Reynolds are perfect pair with pasta recipe

An old-fashioned recipe for Caramel Apple Pie from Denise Jean of Hammond was one of the winners of the 10th Annual Pie Baking Contest at the 2015 Bizarre Bazaar in Hammond.

Snow White is tempted by an apple by the peddling hag in Walt Disney's "Snow White and the Seven Dwarfs." However, in the original tale from Brothers Grimm, the witch also used an earlier means to encourage the demise of the princess.