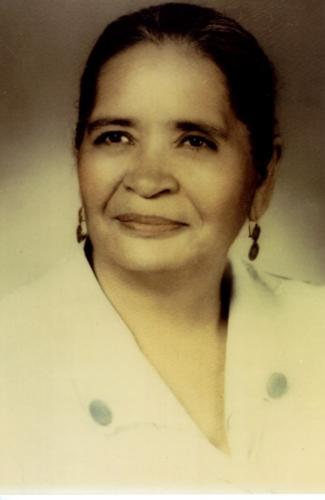 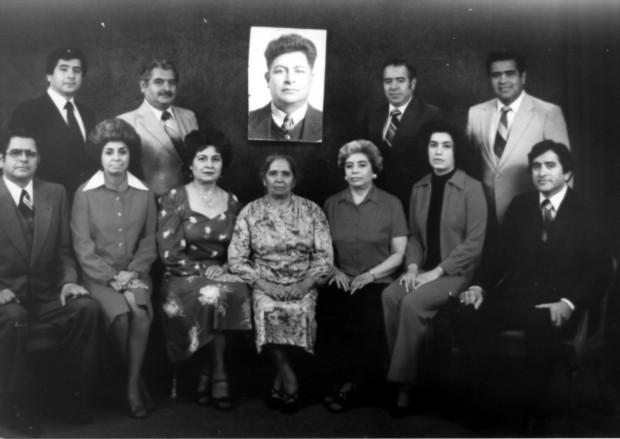 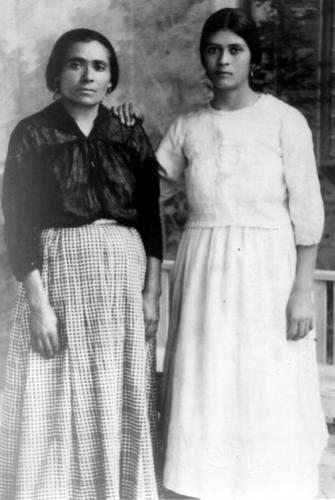 Maria's first journey to America took place in 1918 when she was 11. She and her mother lived in a boxcar with her older brother, who had obtained work for the railroad. Entering into an arranged marriage at age 14, Maria crossed the border once again and lived in similar conditions with husband Miguel.

The family eventually settled in the Indiana Harbor section of East Chicago after Miguel found work at Inland Steel. There was vibrancy to the Mexican community until the Great Depression struck, and government agencies, under prodding from super patriotic groups, took repressive measures against minority groups.

Police harassment was common. Survival skills were at a premium.

Margarita Ruiz Maravilla's family, for example, moved a dozen times and sometimes couldn't afford the $15 monthly rent. Other times, she recalled, "we found a cheaper or better apartment, one with a bathtub or steam heat."

Juanita (Jenny) Arredondo remembered sharing living quarters with other tenants. And Maria was forced to do extra chores.

Once again back in Mexico in 1939 after her mother had been deported, Maria embarked on yet another journey north despite her husband's wishes that she remain in the country of their birth. Pregnant and with eight children, she was stopped by border guards who demanded documents proving she was a United States resident. Just when she was close to despair, a customs agent took pity on them.

Without money for food during a bus trip that took them to Dallas and St. Louis before finally arriving in Chicago, they were dependent on the kindness of strangers. A taxi driver took them on the final leg of their journey after being promised that Maria's husband would pay him upon arrival. Though displeased with Maria's return, Miguel once again resumed his family responsibilities.

World War II and postwar prosperity reinvigorated Harbor institutions, often under the leadership of returning veterans, including eldest son Jesse Arredondo. Overt forms of discrimination abated. Now one could run successfully for high union office or move into East Chicago's previously all-Caucasian neighborhoods (fittingly separated from the Harbor section of the "Twin City" by an industrial canal).

Their home a victim of urban renewal, the Arredondos relocated to a more spacious residence.

By the 1970s Maria had time to watch her favorite TV soap operas in Spanish while crocheting.

How does "Maria's Journey" fit within the framework of Latino scholarship? Mexican family dynamics traditionally were patriarchal, with wives submissive but providing emotional sustenance for household members.

Self-sacrificing but with an iron resolve. Maria was nobody's pushover. A practical woman, she believed that God helped those who helped themselves ("A quien madruga, Dios le ayuda").

Home was Maria's domain. Husband Miguel administered corporal punishment with his belt, but she was quietly in charge and could wield a broom when necessary.

If she favored the sons, the motive was to instill them with self-confidence. Upon the birth of a boy, celebrants would exclaim, "How nice, another work check for you!" ("Que bueno, otro chegue para ustedes!").

Daughters accepted the house rules until they got married and moved out. As powerful as were the forces of assimilation, the Arredondos, in the words of youngest son Lorenzo, preferred "the spicy seasoning" to "the melting pot" and retained a strong ethnic identity.

Though unique, Maria's life story exemplifies the resilience strangers in a new land needed to successfully confront life's vicissitudes. Indeed, she represents women in all stations and situations in life who have provided the determination, courage, and persistence needed to hold their families together.

Maria emerged strong as the steel forged in the mills that provided employment for Miguel and several children. Demanding but devoted, she nurtured a remarkable brood on the tenets of hard work and discipline. They spoke Spanish at home and pulled their weight when they got out of school or even before. Whenever they left town, they'd solicit Maria's blessing for a safe trip.

As Ramon recalled, "We'd kneel before my mom and my grandmother when she was alive and they'd say some prayers and bless us."

The second youngest, Ramon was a keen observer of household dynamics. Wife Trisha was welcomed without reservation into the family circle. With rare candor, they have recorded for posterity the life journey of an unflappable character.

In an introduction to the book, historian John Bodnar concludes that Maria lived a life of turmoil.

He wrote: "Faced with countless forces that tried to run her life, she still retained the ability to fight back and seek what she thought was best for her children -- a trait that earned her their everlasting love. When a Catholic priest once asked her to confess her sins, she snapped back that with all the cooking, washing, and caring she did for a husband and 10 children ‘do you really think I've got time to sin?'"

Asserting that the book is more than an immigrant tale, Bodnar writes that "it is very much a women's story that peels back the layers of legend by revealing a life that was marked by a fervent desire to sustain her family in a world and a nation that was intent upon treating her callously. It is the mix of the tragic and heroic elements, however, that makes her story such a compelling one to read. Maria's life was a series of forward and backward moves. Slowly her children moved into the mainstream of American life -- into schools, the military and jobs. Perhaps, Maria felt their adjustment to a new country justified all the sacrifices and struggles she made. Yet, her story makes it clear that Maria's life was not simply a happy one and that for her America became not simply a land of opportunity but a place of mixed blessings and unpredictable twists and turns."

How to identify and take steps to fix a codependent relationship

Five tips for getting back into exercise

Five tips for getting back into exercise

How to talk to kids about abortion

How to talk to kids about abortion

This viral avocado hack is a bad idea, according to the FDA

This viral avocado hack is a bad idea, according to the FDA