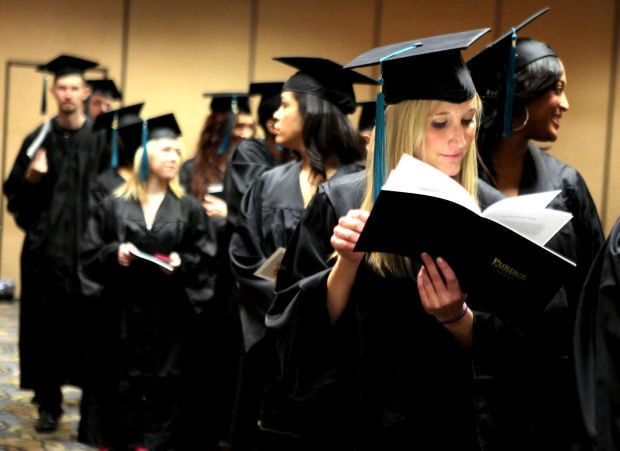 Purdue University Calumet students line up for their graduation. In recent decades, more women have been attending college than men. At Purdue, the student population is currently 57 percent women. 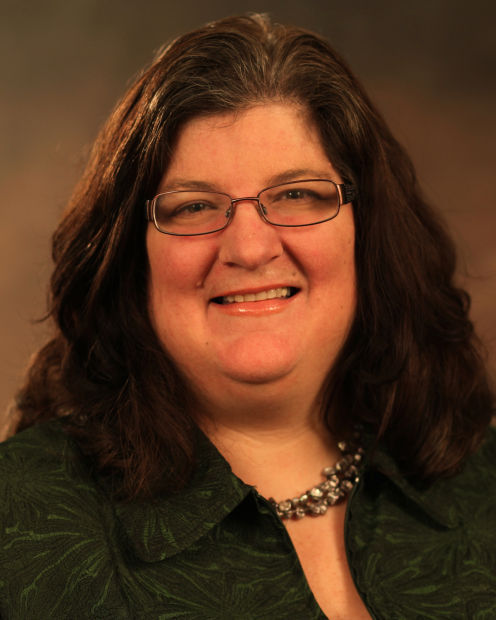 For the past couple of decades, more women have been attending college than men, and the gap is projected to continue growing. This trend is reflected in Northwest Indiana’s three largest universities: Valparaiso University has 52 percent women, Purdue Calumet is at 57 percent, and Indiana University Northwest brings in a whopping 67 percent of female students.

There are many reasons behind the statistics. For one, “there’s a greater economic benefit of a college education for women,” said Cynthia O’Dell, Associate Vice Chancellor of Academic Affairs and a member of the Women and Gender Studies Program at IUN.

O’Dell said the college wage premium is higher for women than for men, which means, “going to college pays off in terms of wages for women at a higher rate, even if the overall salaries for women might not be as high as for men.”

Cultural perception plays another factor. According to a recent survey by the Student Research Center, women rate the importance of a college education higher than men do.

"The population at large believes that a college education is more important for women than for men,” said O’Dell.

But why? “For men, there is still work that doesn’t require a college education,” O’Dell said. Many young men are able to find a suitable job straight out of high school at a steel mill or in a trade vocation, though that trend is changing too, as there is a national move toward more white-collar jobs.

The growing gender gap in education could affect more than the economy, however. Some researchers project it might also impact dating, marriage and the overall family unit.

O’Dell, however, said she believes that our definition of what makes an ideal partnership will catch up to the reality of the situation over time. “As more and more women have moved into the workforce and our definitions of family have changed quite a bit, there will be some continual changes in society in how we define those kinds of things,” she said.

“Today, men and women may be defining marriage in traditional ways, but as the actual reality of individuals’ employment continues to evolve, eventually our definitions will evolve with them.”

In other words, 20 years from now, it may be the norm for women to pursue college and a career while the men stay at home with the kids. And everyone just might be okay with that.

On the other hand, Hall said this shift could lead to more divorce, pointing out that divorce rates are high among couples that face this educational gender gap already.

O’Dell agrees that this is a potential problem. “If individuals are going to have traditional feelings about who should earn the most money, who should stay home, etc., if that doesn’t match with the other individual’s definition, it could lead to conflict and eventually something more severe like divorce,” she said.

Though, O'Dell said, definitions change with the reality. "If people know going into a marriage that they have the same ideas, there’s going to be less conflict.”

PennyWise Episode 39: Easy ways to save money on holiday decorations this year

The murder of Amanda Bach by her former boyfriend in 2011 sent shock waves throughout Northwest Indiana. Bach was 18 and the victim of dating …

A fundraising initiative begun in 2006 continues to be a big driver of financial support for Meals on Wheels (MOW) of Northwest Indiana.

Prayer apps are flooding the market, but how well do they work?

A scholar of Christian spirituality argues that prayers are meant to bring together a faith community — something apps aren’t likely to achieve.

In its 13th year, 500 Turkeys continues to nourish families

The Thanksgiving holiday provides not only a reminder to be grateful for the gifts we have been given, but also serves as an opportunity to re…

Castle Subaru serves as vehicle for environmental, pets and other community causes

Most people have probably seen the Subaru commercials about the auto company's Share the Love campaign, and the team at Castle Subaru in Porta…

Purdue University Calumet students line up for their graduation. In recent decades, more women have been attending college than men. At Purdue, the student population is currently 57 percent women.