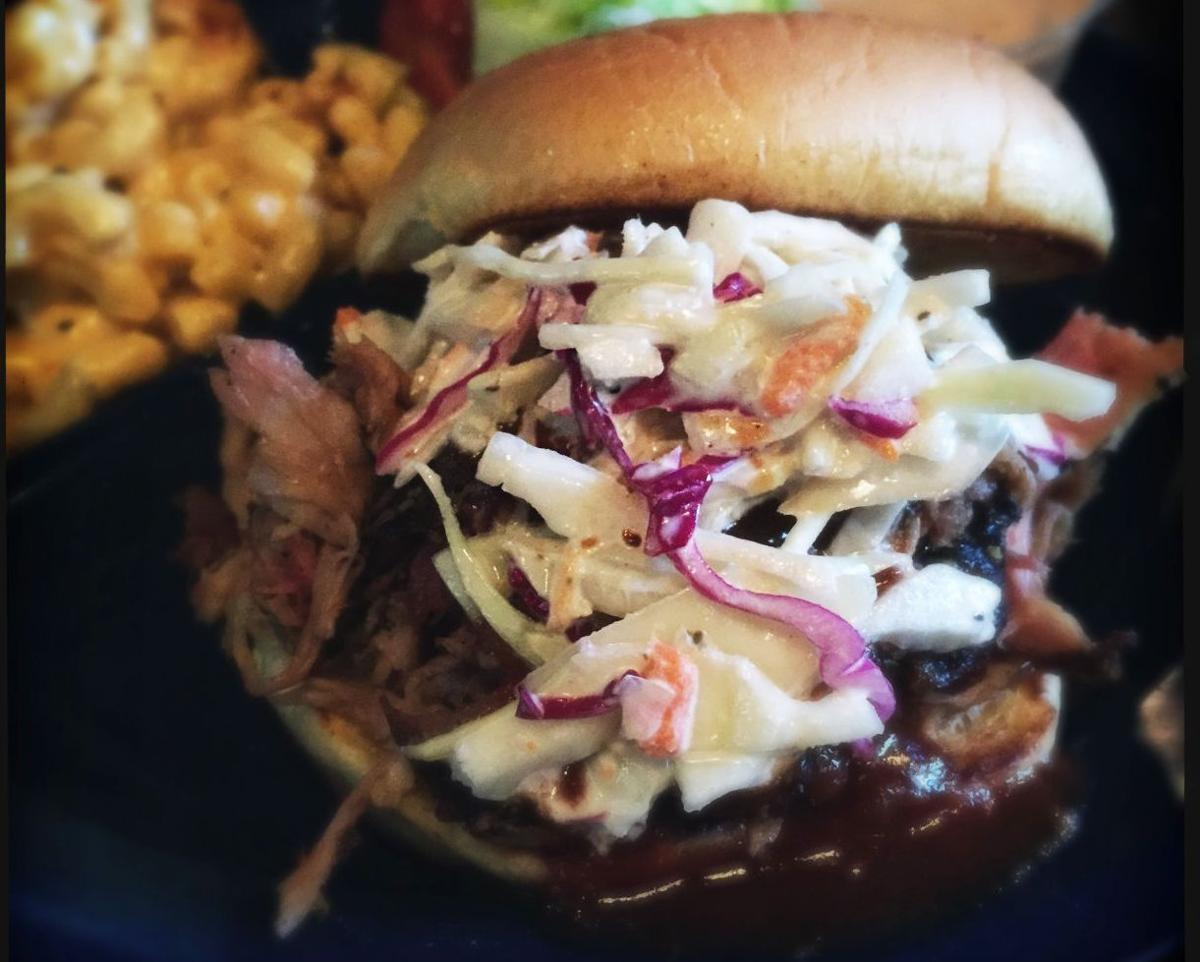 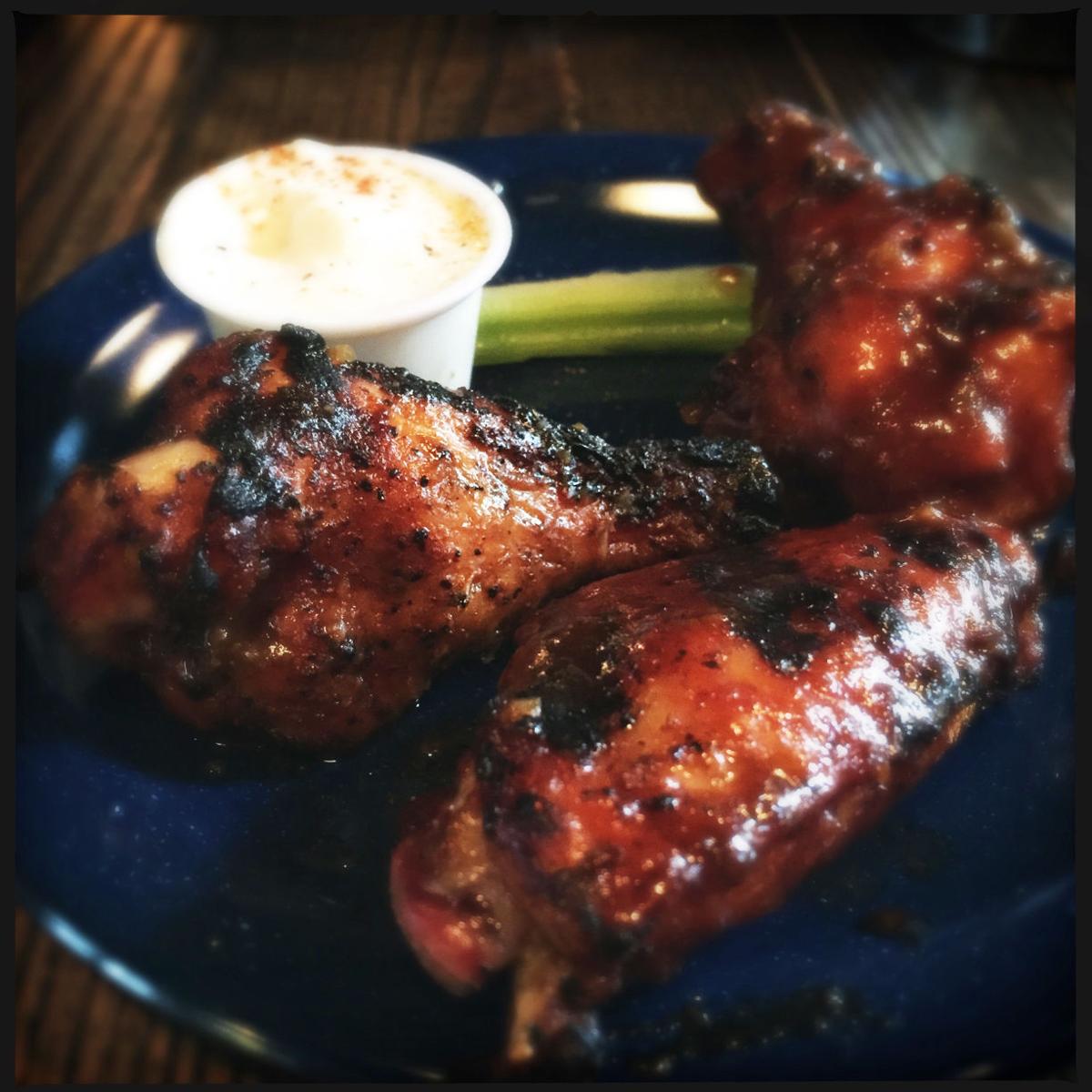 Dinosaur Bar-B-Que's jumbo chicken wings are slow smoked, then finished on the grill and basted in one of four sauces – including the classic Wango Tango. 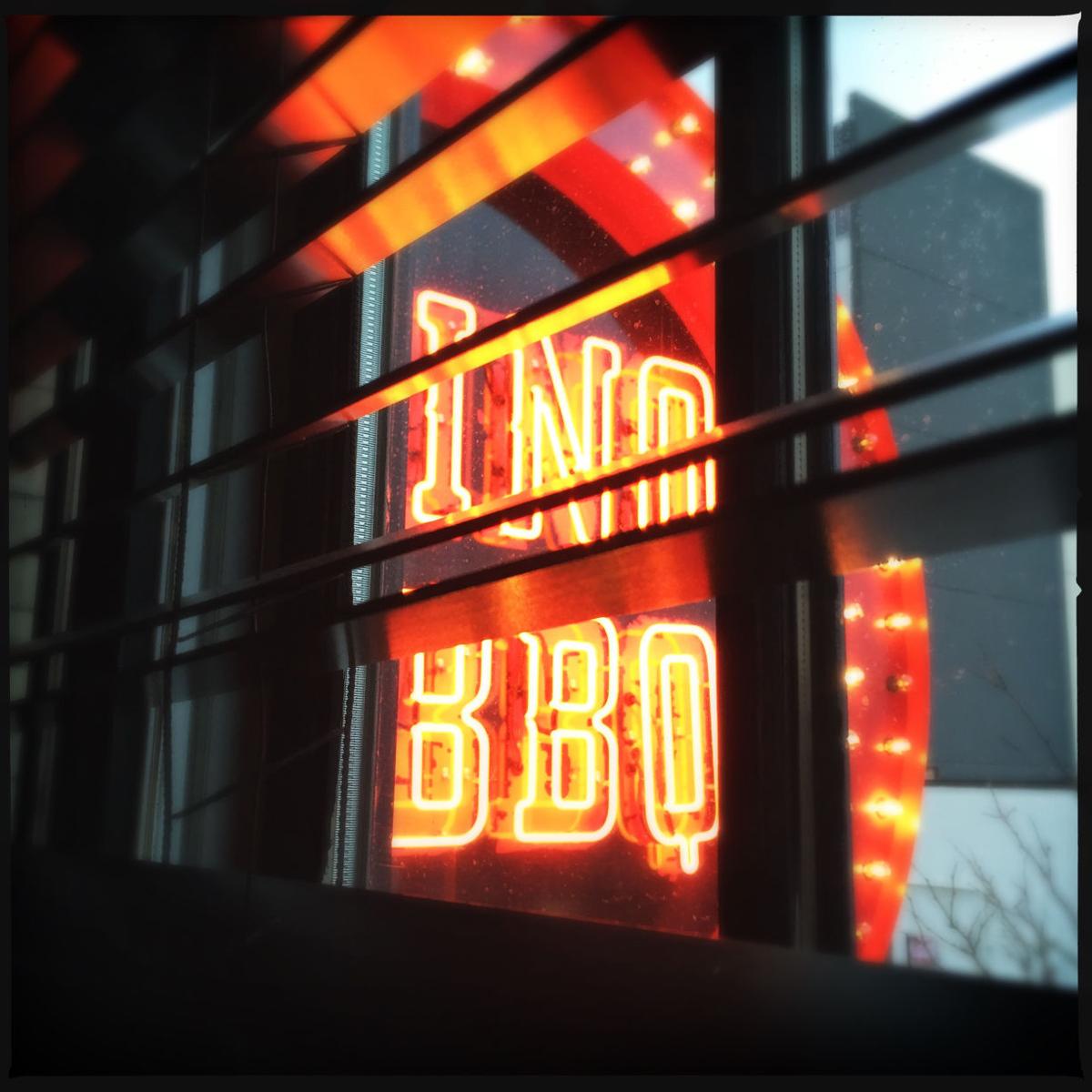 Dinosaur Bar-B-Que's Chicago location is the restaurant's first location outside the Northeast. Owner/founder John Stage calls his group of 10 restaurants a "cartel," not a "chain." 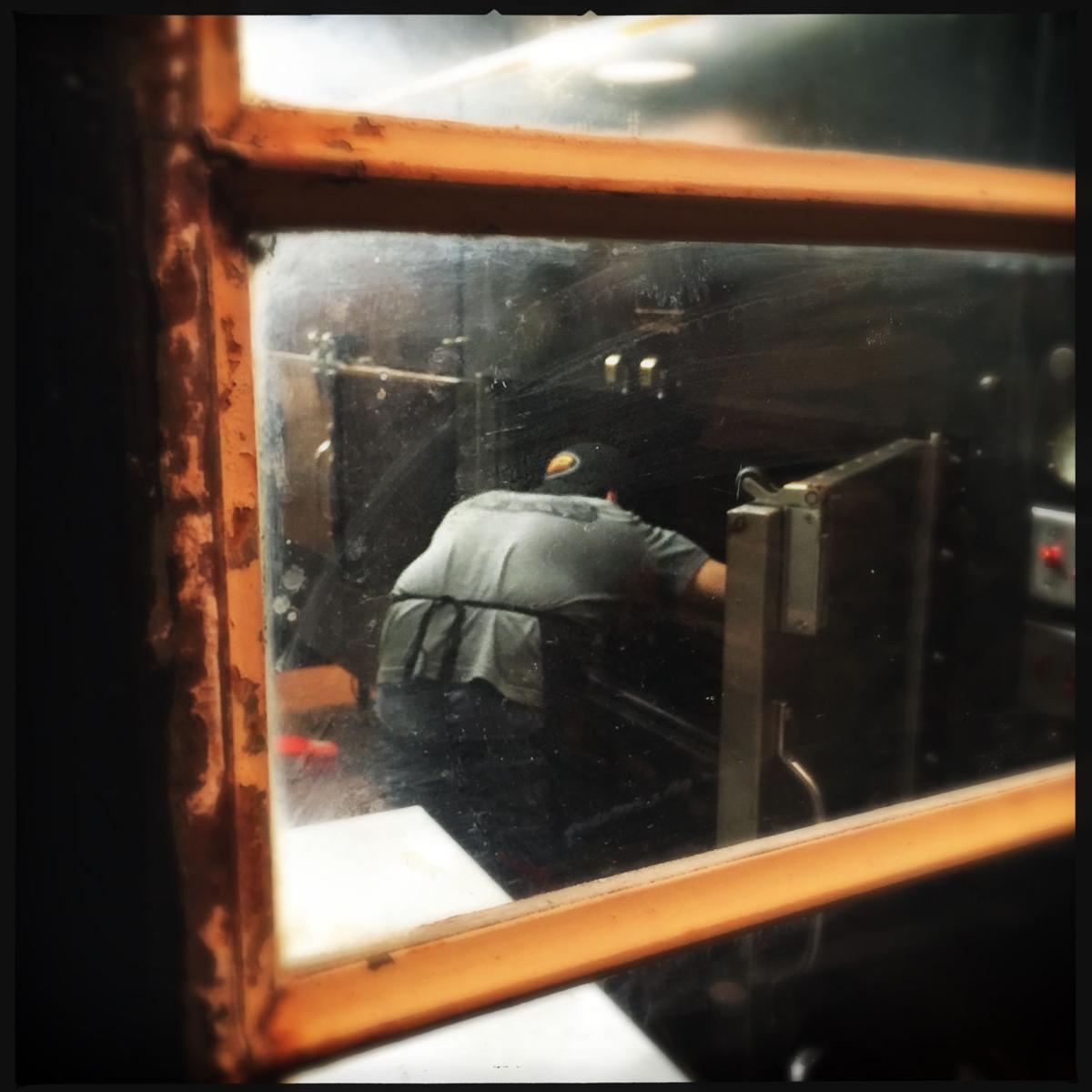 A cook checks inside one of the smokers at Dinosaur Bar-B-Que on West Weed Street in Chicago's Lincoln Park neighborhood. . 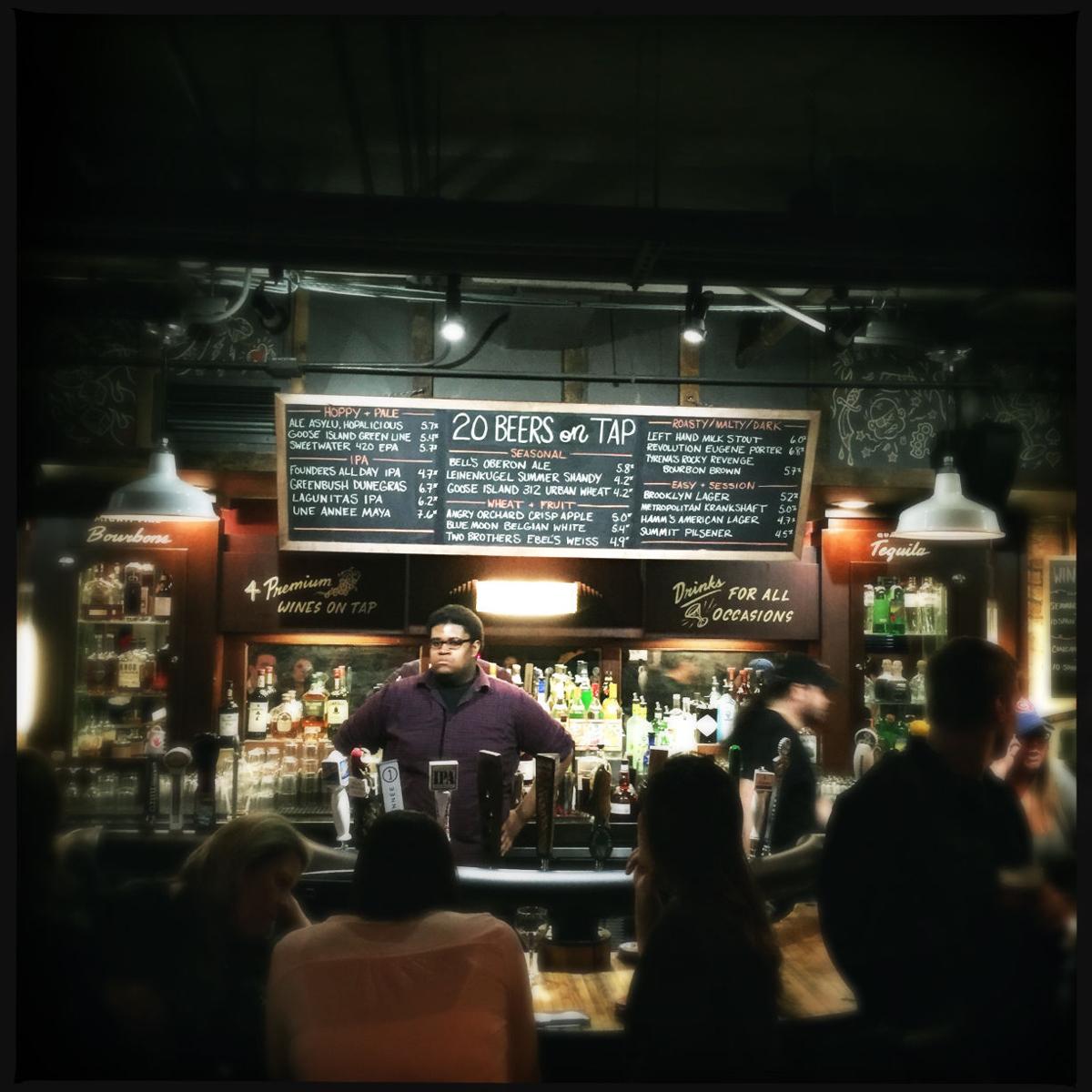 When it comes to cooking, we are smack dab in the middle of the Food Network Generation – when just about everyone is a self-taught expert.

That includes barbecue, for better or worse. The good news, given we're closing out National BBQ Month and officially into the outdoor cooking season, is even when it's done bad, barbecue is pretty darn good – even if some of it can be difficult to do right.

John Stage probably has forgotten more about doing good slow-cooked barbecue than those of us with home smokers will ever know. The founder and owner of Dinosaur Bar-B-Que has some advice for the newbies who keep hoping to hit that magic formula with, say, a beef brisket.

"There are quicker ways than barbecue," Stage told The Times. "But if you're bent on barbecue, you've got to understand patience and fire and a good piece of meat and just know that it's going to take (time). I think where a lot of people go wrong when they do good barbecue is they get frustrated with the amount of time it's taking.

"… With brisket, you're on brisket time. The brisket's not on your time. You've got to understand it may not be ready when you want it. … (The science) is the crux of it – you've got to peel that onion back 10 layers to really get to the heart of consistent barbecue."

Stage got his barbecue start in 1983 in upstate New York with a mobile stand, traveling to motorcycle shows, festivals and county fairs. In essence, Stage was food truck cool before there was such a thing as food truck cool. But he wasn't doing barbecue like we know it – sliced brisket, pulled pork, ribs, wings.

And, he said, he certainly didn't know what he was doing when it came to those things until he hit the South and started trying the barbecue down there. He hadn't started to peel back that onion yet.

"When I first started, I was doing sausage, peppers and onions, and steak sandwiches," Stage said. "I made a barbecue sauce instead of a regular marinara sauce to put on the sausage. So as I started following the fair circuit – I was kind of like a carny for five years – once I crossed the Mason-Dixon Line, I realized what I was doing was not barbecue. I had 'Bar-B-Que' in my name, but I didn't know anything about barbecue. So the influence really became the South itself, tasting barbecue for the first time and realizing, 'Wow. I've got a lot to learn here.' So I pretty much changed everything and started the quest for barbecue."

By 1988, Stage opened a biker bar-style barbecue restaurant in Syracuse, N.Y. – Dinosaur Bar-B-Que was born, and a bit of a national legend for barbecue began.

Fast forward to 2015, and Stage has nine locations, including the one that opened on Chicago's North Side in April – his first location outside of the Northeast. (A 10th is slated to open in Baltimore later this summer.) Dinosaur Bar-B-Que is an American barbecue institution with accolades galore. But Stage doesn't consider his stores part of a "chain."

"I hate that word," he said. "I look at us like a cartel of restaurants. We've got eight restaurants, so we're a collection. But 'chain' is not how we view the world – we try to do things a little differently. … I think Chicago is as far West as we should be right now. Chicago was kind of a lark – we got this opportunity presented to us, and we really loved the building and I love Chicago."

In coming to Chicago, Dinosaur joins a club that is increasingly turning the Windy City's food reputation into more than pizza and beef and sausage sandwiches. Stage said in the planning and building stages of Dinosaur's location at 923 W. Weed St. in the city's trendy Lincoln Park neighborhood, he frequented Smoque BBQ (3800 N. Pulaski Road) and Green Street Smoked Meats (112 N. Green St.)

But he considers the Dinosaur dining experience a little different than his counterparts offer, and while he considers everyone part of "the competition," he likes what his two-story Chicago spot – the upstairs will soon open for live music and catered events – brings to the table.

Dinosaur Bar-B-Que offers up the classics of slow-cooked meats. The St. Louis-style ribs are first dry rubbed, then finished with the house sauce. The pulled pork shoulder is served with pork belly crackling on top. And oh, the brisket. And then there are the giant smoked wings, hot links and chicken.

But at the Chicago location, the ante has been upped with a Korean barbecue-influenced pulled lamb shoulder done with ginger, soy sauce and gochujang – a Korean paste made from chili peppers, rice and fermented soy beans. That, along with a fermented sweet-and-sour cole slaw, is a Chicago-only menu item.

"It's not so much looking at Chicago food, it's looking at what you want to create, something a little different - something new for each menu in each restaurant," Stage said. "We're doing pulled lamb shoulders – it's a Korean influence, and I love lamb. We developed that dish with that in mind – just something different. We want to try new things. And then we did this fermented cole slaw because we're playing around with a lot of Asian spices in the barbecue. So it's really just a curiosity thing, and any time you open up a new restaurant you have that opportunity."

For Stage and Dinosaur Bar-B-Que, there is no resting on laurels. There's always that push to grow and try things a little differently. And in that regard, it's the philosophy he would share with those attempting to duplicate what the pros like Dinosaur are offering up every day.

"You look at brisket as being the most difficult and work your way backward," he said. "You've got to put a lot of time into brisket to get it right. For the home cook, don't sweat that much. The easiest are your baby back ribs. Pork shoulder is easier than brisket. Start with a quality meat – especially with brisket. Make sure you're paying up somewhat and getting a good marbled piece of brisket, and from there it's understanding your fire and having a lot of patience. It's patience, fire and technique with a good piece of meat.

"And if you don't want to go through all those changes, that's what the grill is for – grill a good steak."

Or just save the time and energy and pay a visit to the experts.

1) If you had to pick one meat and one side you could only serve to customers for the rest of your life, what would they be?

Dinosaur Bar-B-Que's jumbo chicken wings are slow smoked, then finished on the grill and basted in one of four sauces – including the classic Wango Tango.

Dinosaur Bar-B-Que's Chicago location is the restaurant's first location outside the Northeast. Owner/founder John Stage calls his group of 10 restaurants a "cartel," not a "chain."

A cook checks inside one of the smokers at Dinosaur Bar-B-Que on West Weed Street in Chicago's Lincoln Park neighborhood. .