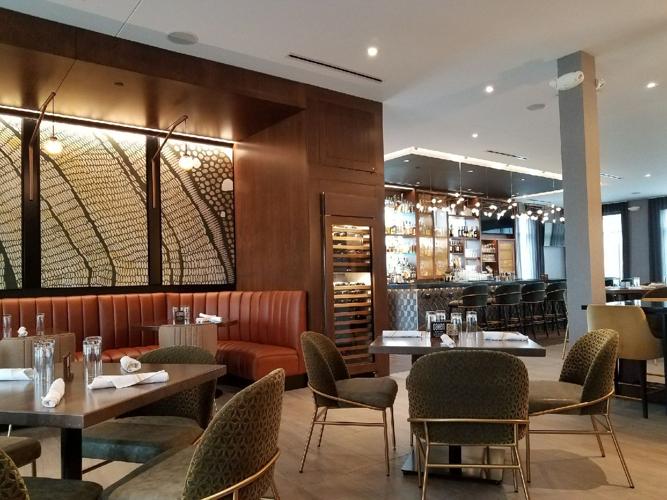 Pictured is the interior of Oaken Bistro + Bar at The Forester Hotel in Lake Forest. 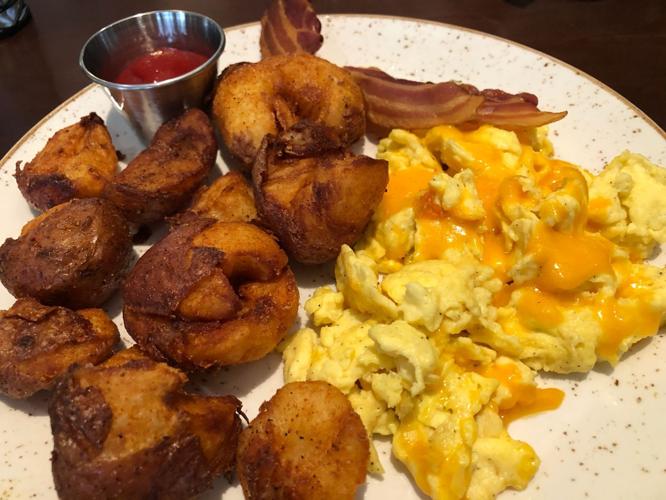 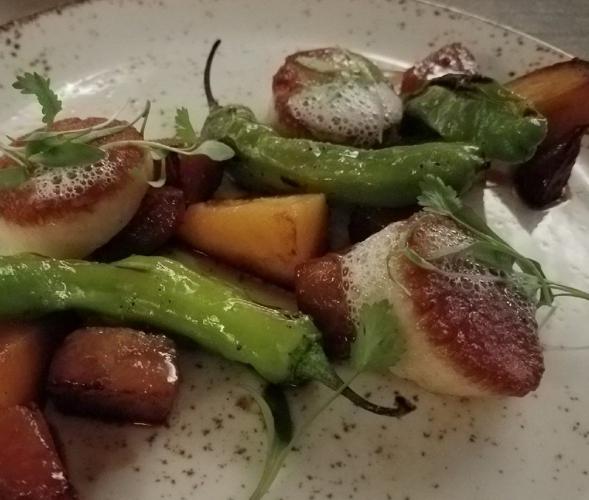 Scallops is one of the dishes on the dinner menu at Oaken Bistro + Bar. 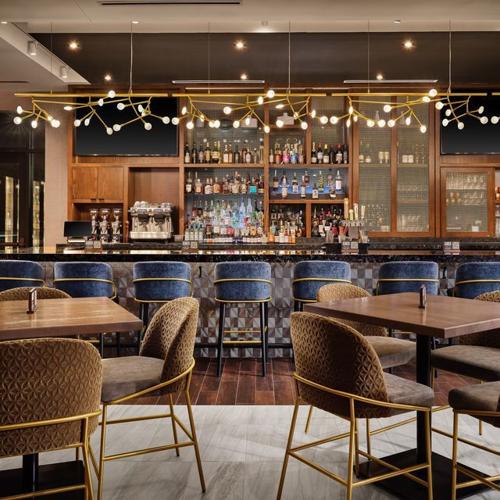 Pictured is the bar at Oaken Bistro + Bar in Lake Forest.

Kristen Burman believes in creating a welcoming atmosphere with her food offerings and a comfortable setting at Oaken Bistro + Bar in Lake Forest, Illinois.

"With Oaken, we wanted to make a place in Lake Forest that is (similar to) a Cheers-like place," Burman said, referencing the popular sitcom about a bar "where everybody knows your name."

Burman said Oaken is a place to go after work, to enjoy dinner, lunch or breakfast.

"We want it to be comfortable and non-pretentious," she said.

The decor in the restaurant, which is located next to the hotel's lobby area, is a mix of modern and woodsy elements.

Burman said she cooks with seasonality in mind and partners with local and regional farms in utilizing fresh ingredients.

In the fall and winter, Burman offers heartier dishes on the menu, while spring and summer focus on lighter ingredients and recipes.

Most of the dishes will remain the same on each season's menu. But Burman said she's always open to experimentation and change.

"I can change the menu on a whim," she said, adding she had recently gotten persimmons in her kitchen and said she could easily create a dish with them on any given day.

"But I want regular customers to know that I'm not going to change everything all at once," Burman said, adding consistency is key.

The chef said she'll often rotate dishes every so often on the menu.

Burman said she got bitten by the food bug at an early age.

"I was in high school when The Food Network started," she said. She grew more interested the more she saw different cooking shows on the network.

Burman, who grew up in Downers Grove, studied at Newberry College in Brookline, Massachusetts and Northeastern University in Boston.

"One of the first jobs I had was at The Four Seasons in Boston," Burman said. Later, in Chicago, she worked at The Ritz Carlton, where she was employed in the banquets division. Burman also helped open Le Francais, the fine dining restaurant, which was formerly in Wheeling. Burman also worked at Limelight Catering in Chicago.

Burman said she and her team at Oaken Bistro + Bar are excited to be serving customers.

"We have a great time. Restaurants are coming back," she said.

Burman looks forward to making special meals for guests of the hotel and restaurant during the holiday season.

For all guests of Oaken, Burman said she hopes they'll continue to return to the eatery.

"We hope they will love to come back and explore (more) menu options," the chef said.

There are packages available for dining and hotel stays at The Forester Hotel and Oaken Bistro + Bar. The Oaken Dining Package features a $25 dining credit for each day of your stay. For more information, visit oakenbistro.com or theforesterhotel.com.

Where to grab wings in the Region

The 176th annual St. Andrew's Day Gala, which is also known as The "Feast of the Haggis" will be presented by The Chicago Scots

How to make your sponges last longer

How to make your sponges last longer

WHO experts answer questions on monkeypox

WHO experts answer questions on monkeypox

How to cook safe at your summer BBQ

How to cook safe at your summer BBQ

Pictured is the interior of Oaken Bistro + Bar at The Forester Hotel in Lake Forest.

Scallops is one of the dishes on the dinner menu at Oaken Bistro + Bar.

Pictured is the bar at Oaken Bistro + Bar in Lake Forest.