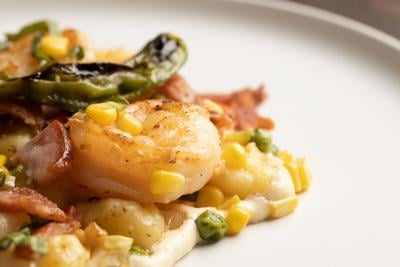 Sweet & Savory is sponsored by Strack & Van Til in Munster, Indiana.

This dish, from my restaurant and food truck Clara B’s Kitchen Table, has a little bit of everything going on. Sweet, savory and creamy, all balanced by the slightly spicy, smoky edge of blistered shishito peppers.

This dish comes together quickly, so I’d recommend doing all of your vegetable dicing and ingredient measuring before you begin.

We’ll start with the cornbread cream. Its decadent creaminess and mellow sweetness add nice balance to the dish. For this sauce, you’ll need a medium saucepan and a blender.

Place the saucepan on the stove over medium heat. Add a small glug of oil to the pan, toss in your diced shallots, and stir until fragrant.

Next, pour in the heavy cream. While we’re waiting for the cream to lightly simmer, crumble in some sweet cornbread. Now, this cornbread is already sweet, but add a bit of brown sugar too. Follow with a pinch of salt to taste.

Once the mixture is simmering, remove it from the heat, stir in the grated Parmesan and pour the mixture into a blender, blending until smooth.

Now on to the succotash, which incorporates that necessary umami saltiness and smokiness into our dish. For this, you’ll need a large pot to boil water, a cast iron skillet and paper towels.

Fill a large pot with water and place it on the stovetop over high heat.

For the succotash, everything will happen in the cast iron skillet. Place your skillet on the stovetop over high heat. Once it’s scorching hot, arrange the shishito peppers in a single layer on the skillet, tossing occasionally until they’re tender and blistered.

Remove the shishitos and toss bacon strips into the skillet, maintaining that same heat. There’s no need to add any oil because the bacon fat will render. Once the bacon is cooked to your liking, place it on paper towels to drain.

Decrease the heat to medium, leaving all the good fat and juices from the bacon in the skillet — this will season the shrimp. Spread the shrimp evenly in the skillet. Once they’re golden brown on one side, place the shrimp in a bowl and set aside.

And finally, in that same skillet, add yellow onion and garlic, stirring frequently so that the garlic doesn’t burn. While that’s cooking, drop your gnocchi into the pot of boiling water.

Once the onion begins to color, add in the corn, peas, tomatoes and a pinch of salt. Using a slotted spoon, remove the gnocchi from the pot as it floats to the top, and drop it into the skillet with the rest of the succotash. Add the shishito peppers and shrimp (and all the good juice!) and stir very gently.

Now for the final bit. Chop the bacon and chiffonade the fresh basil. Dollop a nice swirl of the cornbread cream onto the plate, spoon the succotash on top, and garnish with bacon, basil and fresh lemon juice. And there you have it, my Shrimp and Blistered Shishito Succotash Gnocchi!

| Preparation | In a large pot, bring salted water to a boil. Add gnocchi and cook according to package directions or when dumplings are floating for 30 seconds. Reserve ¼ cup of gnocchi water for later.

Heat a large cast iron skillet over high heat and place shishito peppers in dry pan in a single layer. Move them around carefully with tongs or wooden spoon and let blister and soften. Set aside and sprinkle with salt and pepper.

Turn down heat of cast iron skillet to medium and let cool slightly. Add oil and sear shrimp for 2 to 3 minutes per side, being careful not to overcrowd the pan. Do in batches if necessary. Set aside.

Place bacon slices in the same skillet and render fat until bacon is crispy, about 6 to 8 minutes. Remove from skillet and drain on paper towel. Reserve bacon drippings.

Meanwhile, make the cornbread cream. Placing the shallot, brown sugar and cream in saucepan and bring to low simmer. Add cornbread crumbles and let simmer for 5 minutes or until shallots are tender. Remove from heat and pour mixture into blender. Add Parmesan and blend until smooth, about 30 to 45 seconds. Adjust seasoning to taste. Set aside.

Add garlic and onions into skillet with the bacon drippings and sauté until fragrant and translucent, about 3 to 5 minutes. Add peas or beans, corn and tomatoes with reserved gnocchi water and simmer for 5 minutes or until vegetables are just tender. Remove from heat and add shishito peppers, shrimp, cooked gnocchi, butter, lemon and herbs and toss gently.

To serve, spoon cornbread cream at the bottom of bowl. Set shrimp succotash and gnocchi mixture on top. Crumble bacon over the top of that, along with remaining Parmesan.

Hide your purchases from your Amazon account with these steps

Study: People that put up Christmas decorations earlier are happier

Study: People that put up Christmas decorations earlier are happier

How to control your personal data and reduce your internet presence

How to control your personal data and reduce your internet presence 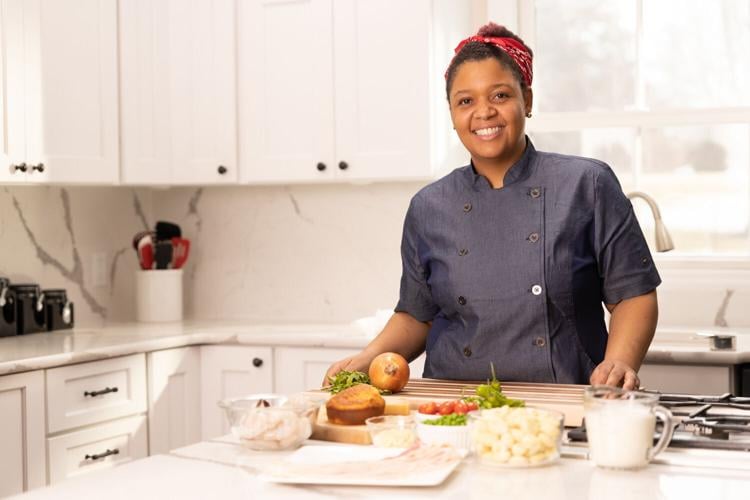 Click here to read more about Chef Jodie Ferguson and where you can find Clara B’s Kitchen Table this food truck season. 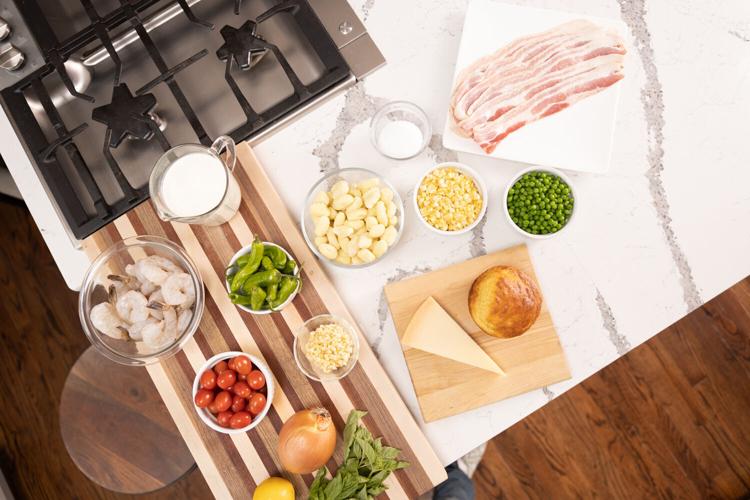 Tip: Measure out and dice all ingredients first. 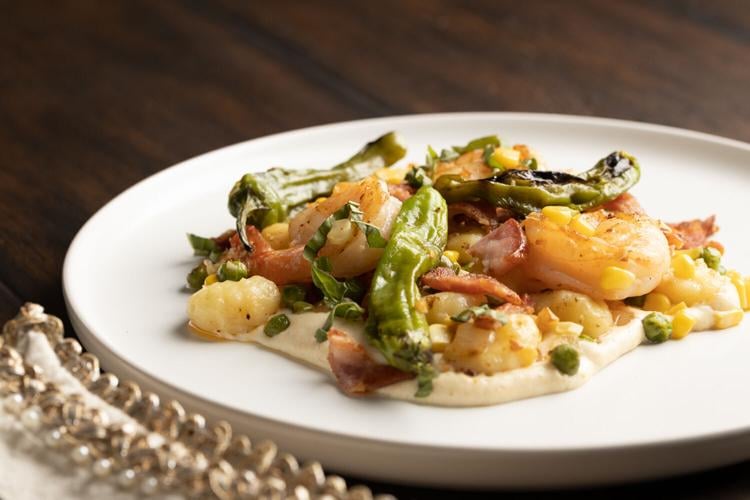 This Southern-Inspired Succotash is warm, flavorful and perfect to impress any guest. 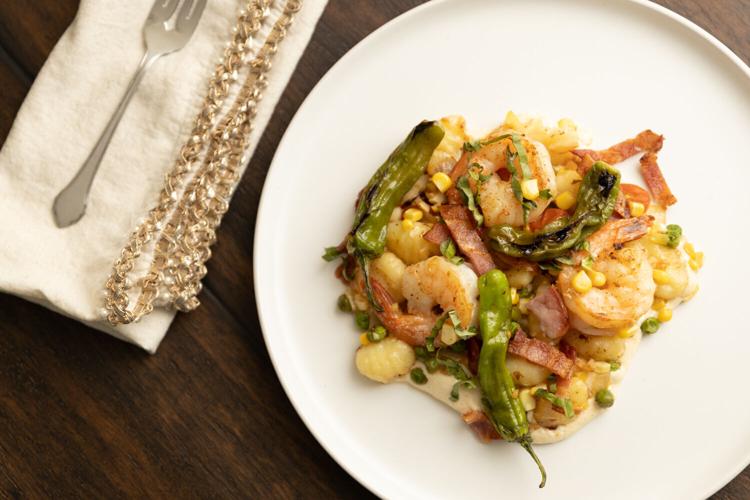