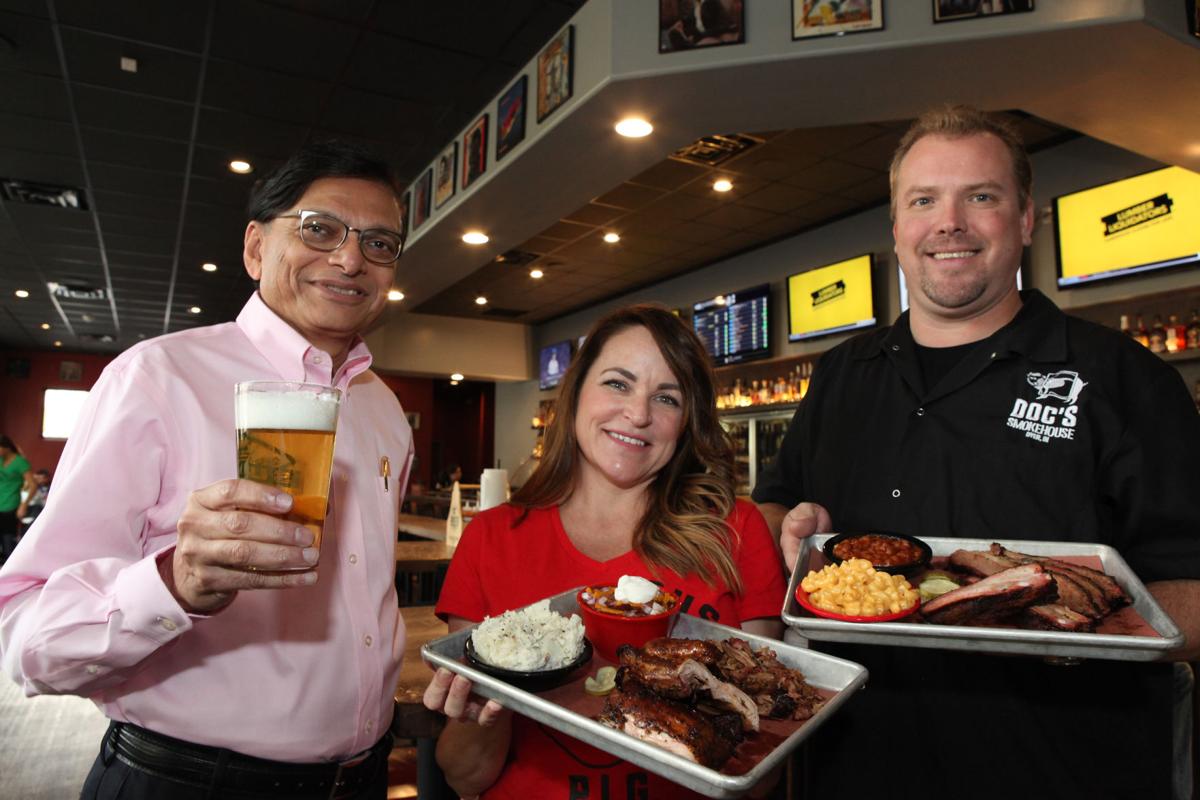 Doc's Smokehouse & Craft Bar owners Dr. Himanshu Doshi and Aimee and Brent Brashier showcase some of the offerings at the restaurant. 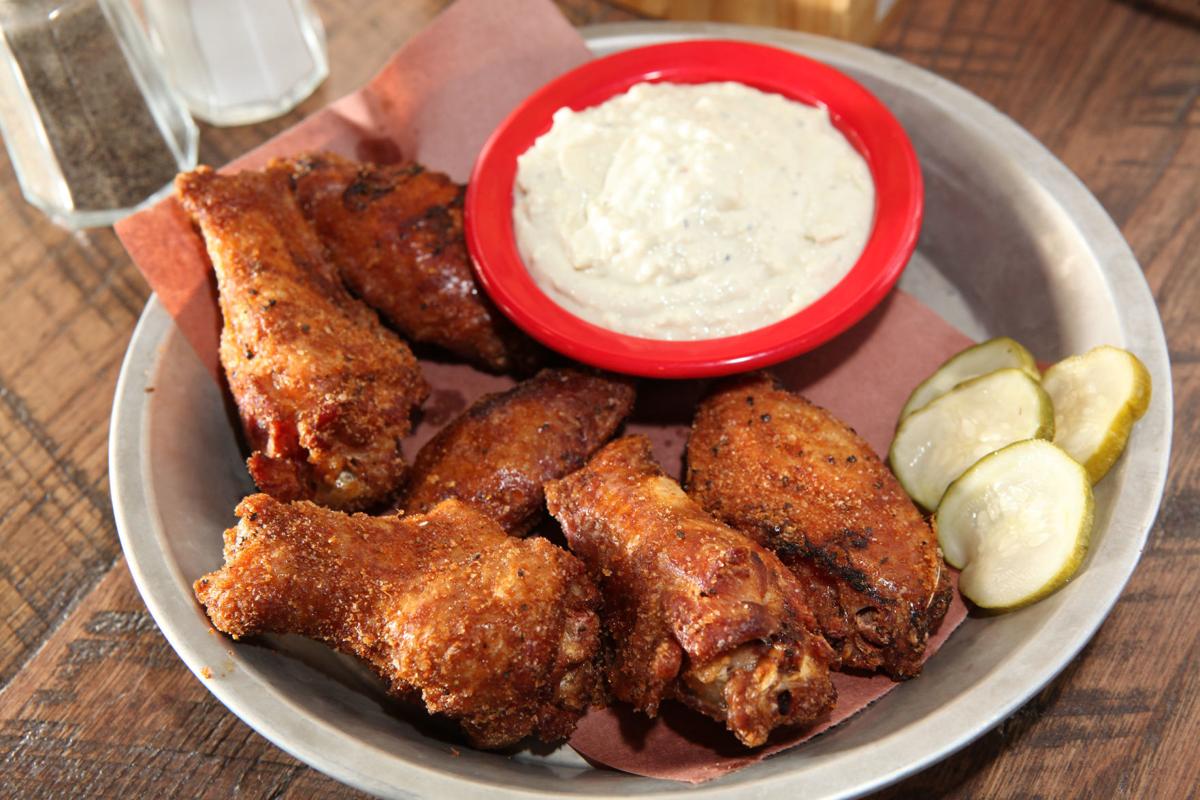 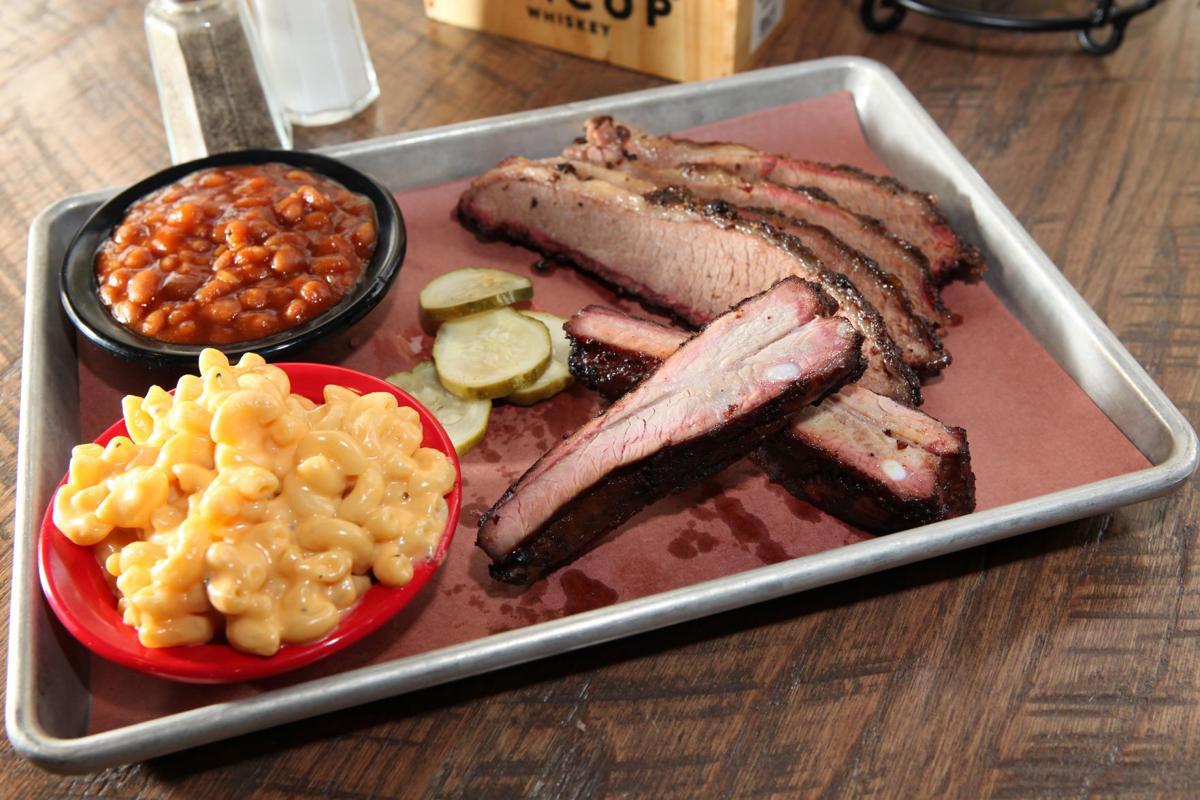 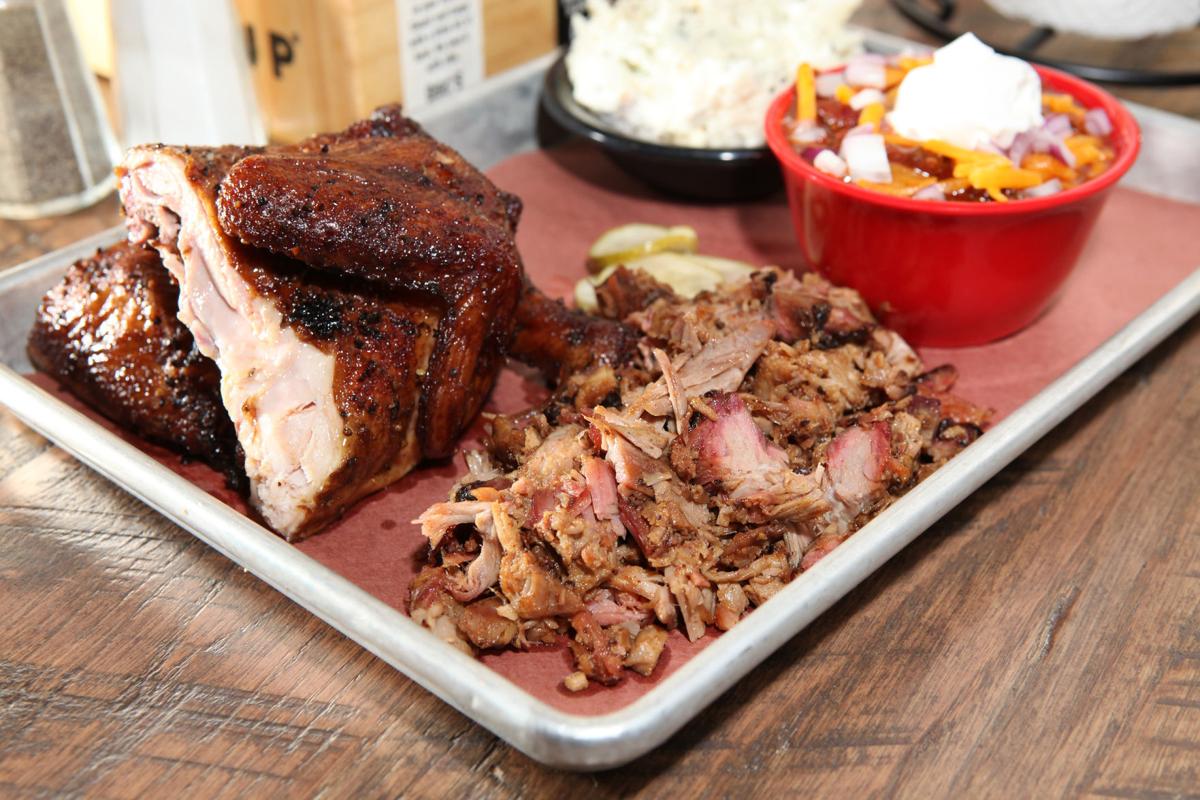 As one walks through the parking lot of Doc's in Dyer, the rich, smoky aroma immediately grabs your attention.

It's obvious from not only that deliciously arresting aroma, but its rustic yet modern interior and meat-heavy menu, that this is a place where barbecue is taken seriously.

"We wanted to create a place in Northwest Indiana where people can come in and enjoy the food with their family," Himanshu Doshi said. He said many barbecue joints are largely carry-out businesses, but they wanted a sit-down eatery where the full barbecue experience could be savored.

Brashier said he and Doshi explored barbecue places all over Chicago, other locales and states prior to opening Doc's. Brashier, who honed his culinary talents largely in Texas and Alabama, is at the culinary helm at Doc's while Doshi, a Dyer resident, takes the lead in the brews and spirits department.

As avid barbecue fans, Doshi's and Brashier's paths were meant to cross. They met after Brasier, of Cedar Lake, gave a lecture for one of Purdue's Hospitality classes. Doshi's nephew heard him speak and told the doctor about Brashier's enthusiasm for barbecue and quality food in general.

Doshi, who's a practicing radiologist, had wanted to open a restaurant/bar for awhile. When he and Brashier began to talk about their mutual food interests, the spark was lit.

"I've been in restaurant management for 25 years," Brashier said. He's worked for various restaurants around the country and the area including acting as the opening general manager for The Farmhouse at Fair Oaks Farms.

At Doc's, meat takes the spotlight but other offerings including sides, starters and salads, are also a highlight of the menu. Meat platters, starring everything from Pulled Pork and Brisket to Chicken, Ribs, Sausage and Turkey, are available.

Other menu offerings include LA Caviar, which is also known as Lower Alabama Caviar, and is a blend of  black eyed peas, sweet peppers, cilantro and aged balsamic vinegar marinade. The mixture is something Brashier grew up eating and  is served with Saltines.

"Nationally, barbecue is having a moment," said Brashier, who added diners are definitely interested in the style of cooking. He said with the amount of cooking shows on TV touting barbecue and celebrities and star chefs praising it, the general public has taken even more of an interest in the fiery, smoky food. It's the "original, comfort food," he said.

"We put a lot of effort into our food, and we make everything from scratch here," Brashier said. That homemade touch is given to everything from the chips to pickles and barbecue sauces.

"Pickles are an intrinsic part of the barbecue experience," Brashier said. All of Doc's dishes are served with homemade pickles. "And at its core, true barbecue is about the meat, the smoke and the rub." Doc's meats are hickory-smoked on the premises.

Brashier added, "It's also important to know where our food is coming from." He and Doshi make it a point to support local businesses as well.

Meat used at the restaurant comes from various local businesses including Belstra Group Farms in DeMotte, Rob's Meat Chop and Deli in Dyer and Meats by Linz in Calumet City.

Doshi said they've received great feedback about their restaurant from diners. There are many repeat customers. Even Doshi said he finds himself eating at the restaurant every day.

"People appreciate the food," Doshi said. While Doshi and Brashier converse about what goes onto the menu, the doctor said he definitely steps aside to give Brashier the main sayso on that. When it comes to the craft beer and spirits menu, Doshi is at the helm.

Doc's features a full bar with 60 craft beers, 4 draft cocktails, a selection of wines, bourbons, whiskeys and other spirits.

Doshi pointed to a screen set up at the entrance to the dining room.

"This is a digital menu and it's in real time," Doshi said, adding the menu lets diners know what brews and spirits are available on the premises. Diners can log onto the menu from their devices prior to visiting Doc's.

Mexican staples a hit at Shirley's

There's nothing pretentious about Shirley's Tacos.

One of the Region’s most appealing fundraisers happened recently in Crown Point.

Some new, distinct and smoky flavors are heating up the kitchen once again at Q-BBQ in Schererville.

Doc's Smokehouse & Craft Bar owners Dr. Himanshu Doshi and Aimee and Brent Brashier showcase some of the offerings at the restaurant.