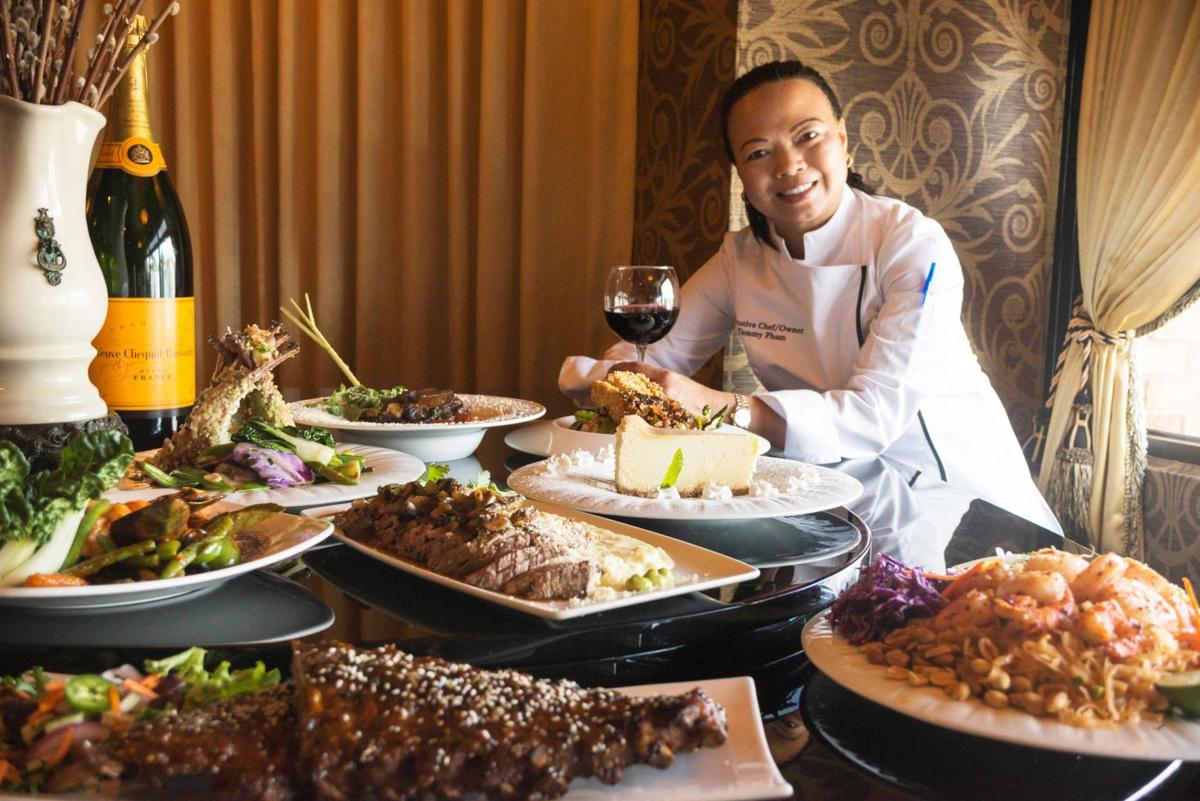 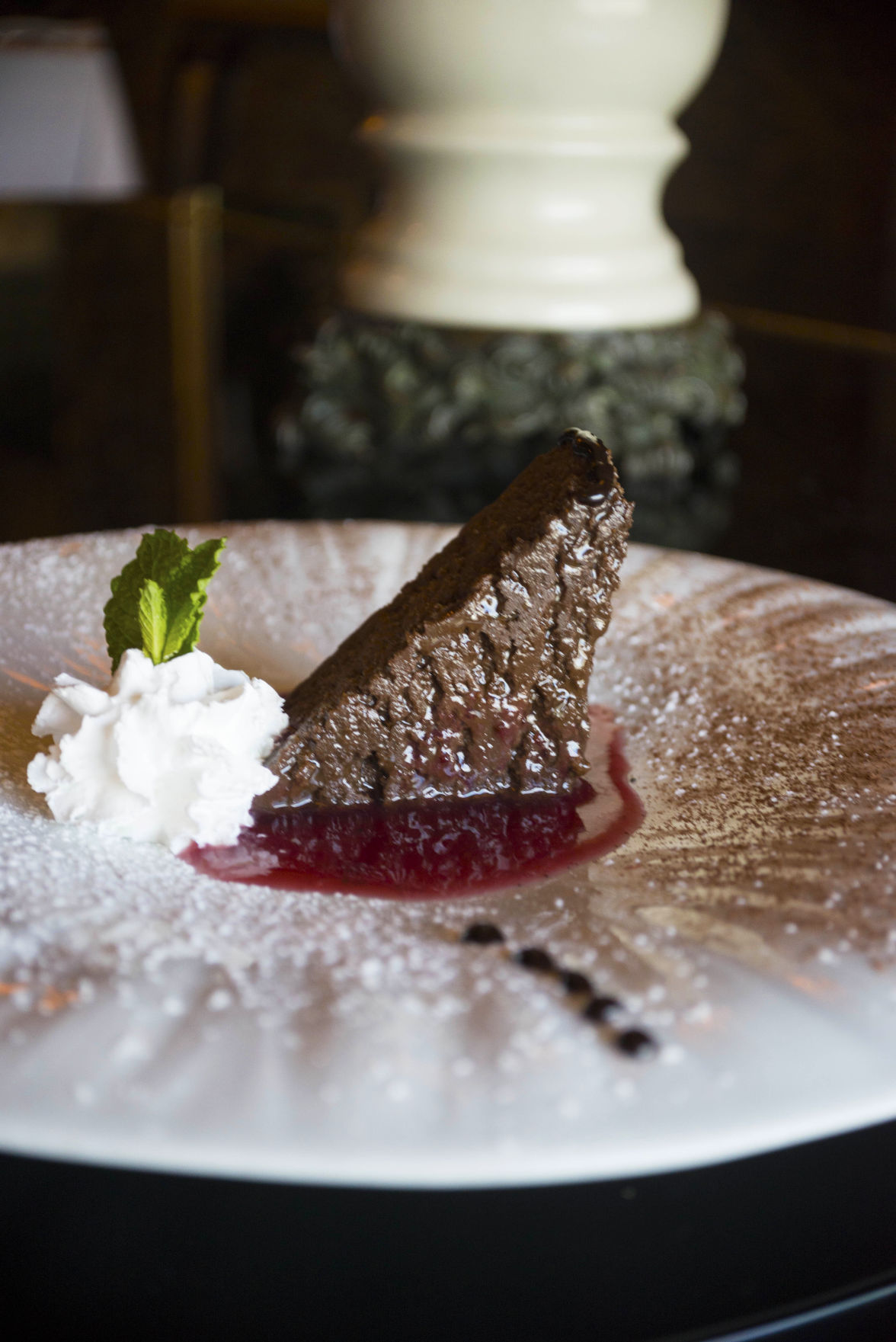 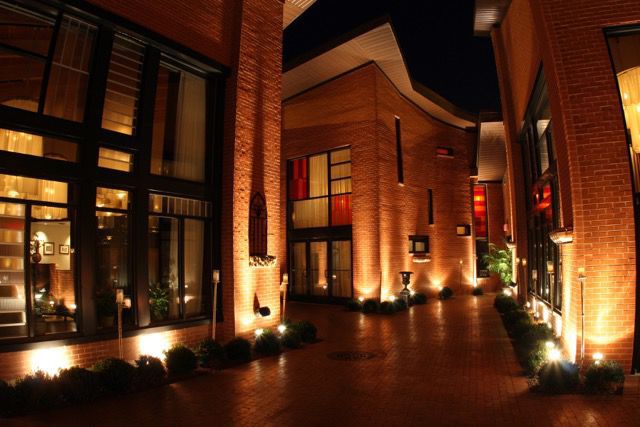 Gamba Ristorante is an architecturally stunning eatery opened by Benny Gamba a decade ago.

Gamba Ristorante is an architecturally stunning eatery opened by Benny Gamba a decade ago.

Merrillville’s culinary scene, with its diverse flavors from around the globe, reflects a food sophistication usually found in much larger cities, and restaurateurs say that their diners’ willingness to embrace many cuisines just continues to grow.

“We opened nine years ago and it took a while because our food is different, but now that people know the food and know us, we’re very busy,” says Kate Witte, banquet manager at Asparagus, which describes its menu focus as Thai and Vietnamese with a touch of French. “In fact, this is our busiest year since we opened.”

The French flair is apparent in the Asian-spiced grilled strip steak topped with a French Dijon mushroom bourbon sauce and a side of garlic mashed potatoes. Two popular dishes, banana curry duck and red curry chicken or tofu, are infused with the complex level of flavors typical of Thai cooking.

“Vietnamese do a lot of fish,” says Witte, noting that their Luxury Seafood Clay Pot—sea bass fillet, sea scallops and shrimp in a caramelized black pepper sauce—is a favorite. “We also have a pork shank that’s cooked in coconut water and seasoned with Chinese 5 spice powder to add a little sweetness. We serve it with a hard-boiled, deep-fried egg on the side. It’s a very traditional Vietnamese dish.”

Melding cuisines, for dessert, there’s the house-made flourless chocolate cake wrapped in egg roll wrappers and then deep-fried and served with raspberry sauce and ice cream. Besides a nice wine and beer list, cocktails are made with Asian honey instead of sugar and emphasize the use of fresh herbs.

Continuing the family business with many of the original dishes that have been favorites since his father Tom opened his first restaurant in Harvey, Illinois, in 1960, Dean Frangos says their brand has been around for a long time.

“People always ask if we’re the same old Gino’s,” says Frangos, who opened Gino’s Steakhouse in Dyer in 2004 and four years later another in Merrillville. “I tell them yes, and we still have our signature Gino’s filet topped with Roquefort, which even after all these years is one of the most popular steaks on the menu.”

The slightly sweet house marinated bell peppers are also a trademark and so much in demand that they sell them by the jar as well.

“Everything here is made from scratch—the salad dressings, the house-made tiramisu and crème brulee—it’s all part of who we are,” says Frangos, mentioning that they were voted “Best in the Region.”

A lush, old-style steak house in many ways, albeit with an Italian flair, Gino’s serves only USDA Prime Steaks and Platinum Angus beef. Their classics include Tenderloin Diane and Shrimp DeJonghe, a dish first created more than a century ago in Chicago and often hard to find outside of the city and Northwest Indiana.

Frangos says they decided on their Merrillville location because of the local interest in high-quality food.

“People love our beets,” says Michaelle Gamba, manager at Gamba Ristorante, which her father, Benny Gamba, founded a decade ago.

They also love the Veal Tenderloin Limone with Parmigiano-Reggiano Risotto, gnocchi, Four Cheese Ravioli with Mahon Cheese in a Masala Glace, and Wild Alaskan Halibut accompanied by cauliflower puree, roasted cauliflower and grape celery, all of which Gamba lists as house favorites.

The extensive wine and beer list is complemented by the many cocktails, all made with an emphasis on fresh, real flavors, says Gamba.

Architecturally stunning, Gamba Ristorante was designed by architect Jordan Mozer as a representation of Altomonte, the Calabrian village in Southern Italy where Benny Gamba grew up.

During the warm weather months and into October, the restaurant hosts “tours of the world,” family-style dinners featuring the foods of noted culinary international destinations.

“We’re among the top five restaurants in Merrillville,” says Jasbar Pelia, owner of Taste of India, which opened nine years ago. “This city is a very good market for us—people really enjoy our food.”

Traditional cooking methods such as a tandoor, a clay oven capable of cooking at high temperatures, are used for making many of the breads such as naan, a leavened flatbread often filled with garlic, cheese or other vegetables, and the house-made paneer, cheese that is marinated in herbs and spices before being placed in the tandoor. Their extensive menu also features Indo Chinese dishes including a variety of noodle dishes and main course offerings such as Lobster Rechiado Fiesta—a mélange of steamed lobster tail and tiger prawns simmered in a tomato sauce, spiced with whole dried Kashmiri chillies, cinnamon and ginger.

“People also like the biryani,” says Pelia, talking about a basmati rice dish infused with such spices as saffron and ingredients like chicken, seafood, fruits or lamb.

Technology can cause hearing issues as well as help them

According to statistics provided by the Hearing Health Foundation, 50 million Americans have…

Aladdin Pita, owned by the Mohammed family, specializes in Middle Eastern food with an emphasis on both fresh and healthy items as well as the intriguing tastes of an ancient cuisine.

“We don't use additives or artificial colors,” says Wesam Mohammed. “We also have fresh juices on the menu, such as carrot juice."

At House of Kobe, a Japanese Steak & Sushi restaurant, cooking is part of the entertainment, featuring chefs with sharp knives chopping meat and seafood with quick strokes and tossing it on the sizzling griddle while diners look on.

Merrillville offers something for everyone this season

Get the family together this fall and winter and make some memories in Merrillville, taking part in locally sponsored activities that won’t br…