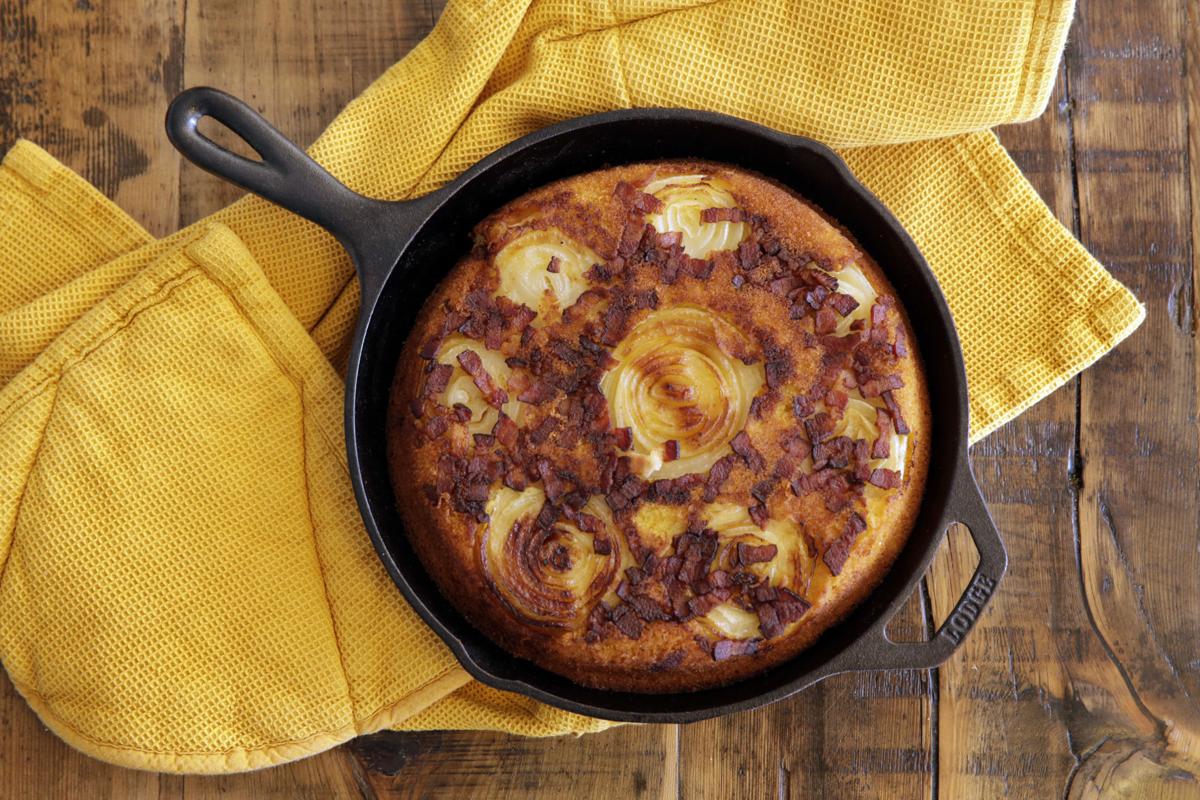 Vidalia onion cornbread is baked in a cast iron skillet. 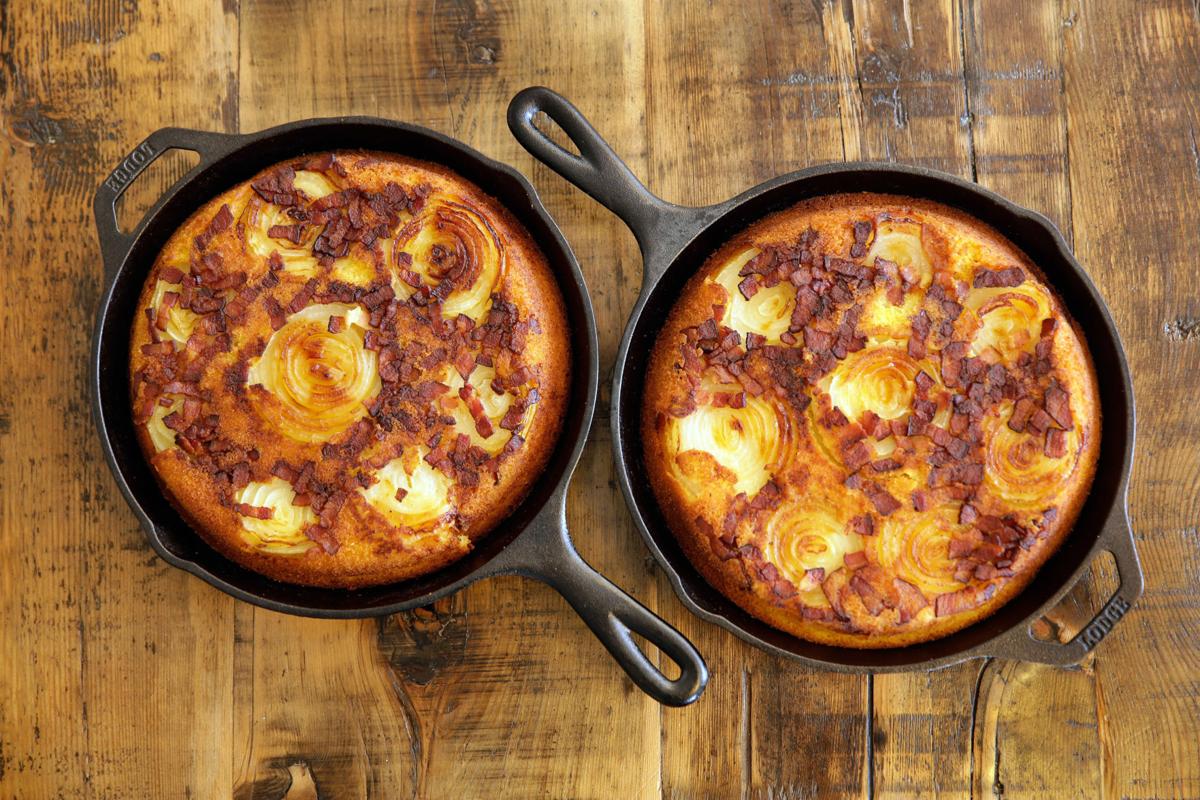 Over the summer, I traveled to Wooster, Ohio, for a barbecue summit at the headquarters of Certified Angus Beef.

It was a trip filled with learning, camaraderie — and lots of smoked beef.

My fellow barbecue pit masters and I visited a black angus ranch, talked barbecue non-stop, cut a side of beef together — or rather watched as the "meat doctor" Phil Bass cut and explained.

I was introduced to several new cuts including beef belly — also known as beef bacon — which I immediately made when I got back home. But, the standout of the trip wasn't barbecue at all. Instead, it was a Vidalia onion cornbread made by Ashley Pado, chef of the education and culinary center at Certified Angus Beef headquarters.

Pado headed up a team of chefs preparing that day's feast that included a table of smoked beef, numerous side dishes, home-baked breads, pickled vegetables and that memorable cornbread that sparkled with a pave of caramelized Vidalia onion rings set in the bottom of the cornbread. When Pado served the cornbread, she inverted it in the cast-iron pan so you could see the concentric circles of onion baked into the bottom. Even before we took a bite, the group marveled at the presentation and wondered why more people don't embellish cornbread.

The cornbread itself is light and cakey with a little tang and a little sweetness but the salty savory almost-fried onions take it over the top. Pado sauteed the onions in beef bacon since she had it in her pantry. When I made the recipe, I adapted it using pork bacon but you could use butter or any kind of bacon that you can get your hands on.

1 large Vidalia onion, sliced thin and kept together as one piece in rounds

Saute bacon over low heat in skillet until crisp. Meanwhile slice thin rounds of onions, making sure you keep them intact and in one piece.

Remove bacon from pan but leave the bacon grease for the onions to cook in. Carefully place the onion rounds in the bottom of the pan to cover the surface. Let onions cook until the edges begin to brown. Be careful to keep onions in place — the bottom of the skillet will have a "polka-dot" pattern. Season onions with a dusting of fresh ground black pepper. Turn off the heat and set aside until ready to bake the cornbread. If the pan cools down, warm the pan on low heat before pouring the cornbread batter in pan.

In a large bowl, whisk together flour, sugar, corn meal, baking powder and salt. Set aside.

In a separate bowl, mix together the cream, buttermilk, oil, eggs and melted butter until combined — the mixture will emulsify. Set aside.

Just before baking, add the cooked bacon back to the pan and place in the areas around the onions, not on top of the onions or it will interfere with the onion pattern. Pour cornbread batter directly into hot pan. Place in the center rack of the oven and bake for 30 minutes or until a toothpick inserted in the middle comes out clean.

Cool in the pan for 20 minutes, run a blunt knife around the edges of the cast-iron skillet to make sure that it isn't sticking on the sides. Carefully turn the skillet upside down and flip cornbread out of pan to expose onion rounds — you can invert the cornbread and place it upside down back into the skillet for serving.

Serve at room temperature or warm.

Do you ever wonder how healthy Thanksgiving turkey really is?

How to organize your kitchen for holiday cooking

How to organize your kitchen for holiday cooking

Survey: 1 In 2 adults still compete and argue with their siblings

Survey: 1 In 2 adults still compete and argue with their siblings

Online Cookbook: Recipes featured in The Times in 2016

This online cookbook features recipes that have appeared in The Times in 2016. Bon appetit!

Vidalia onion cornbread is baked in a cast iron skillet.