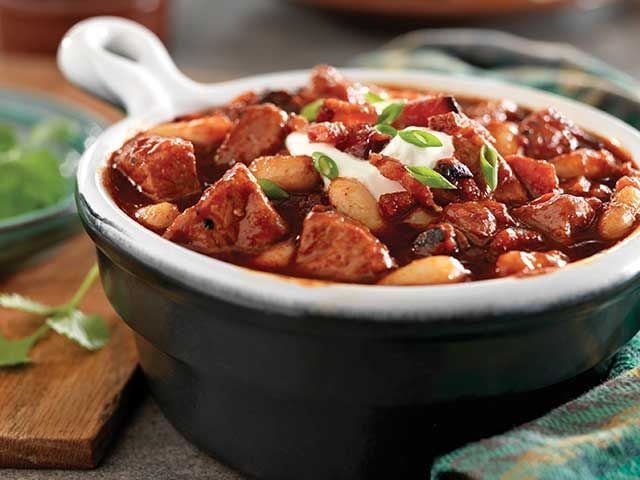 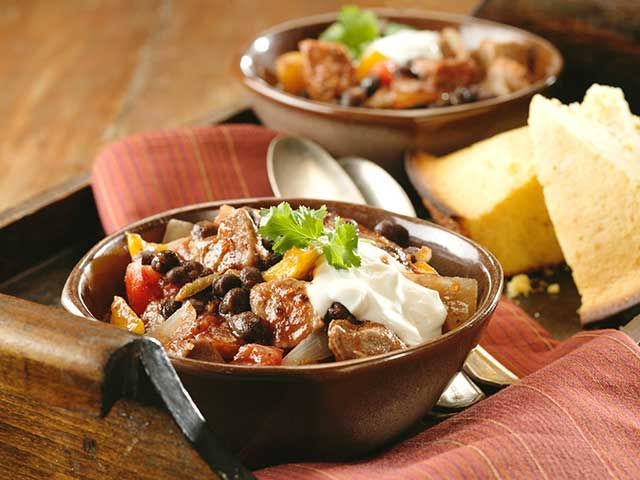 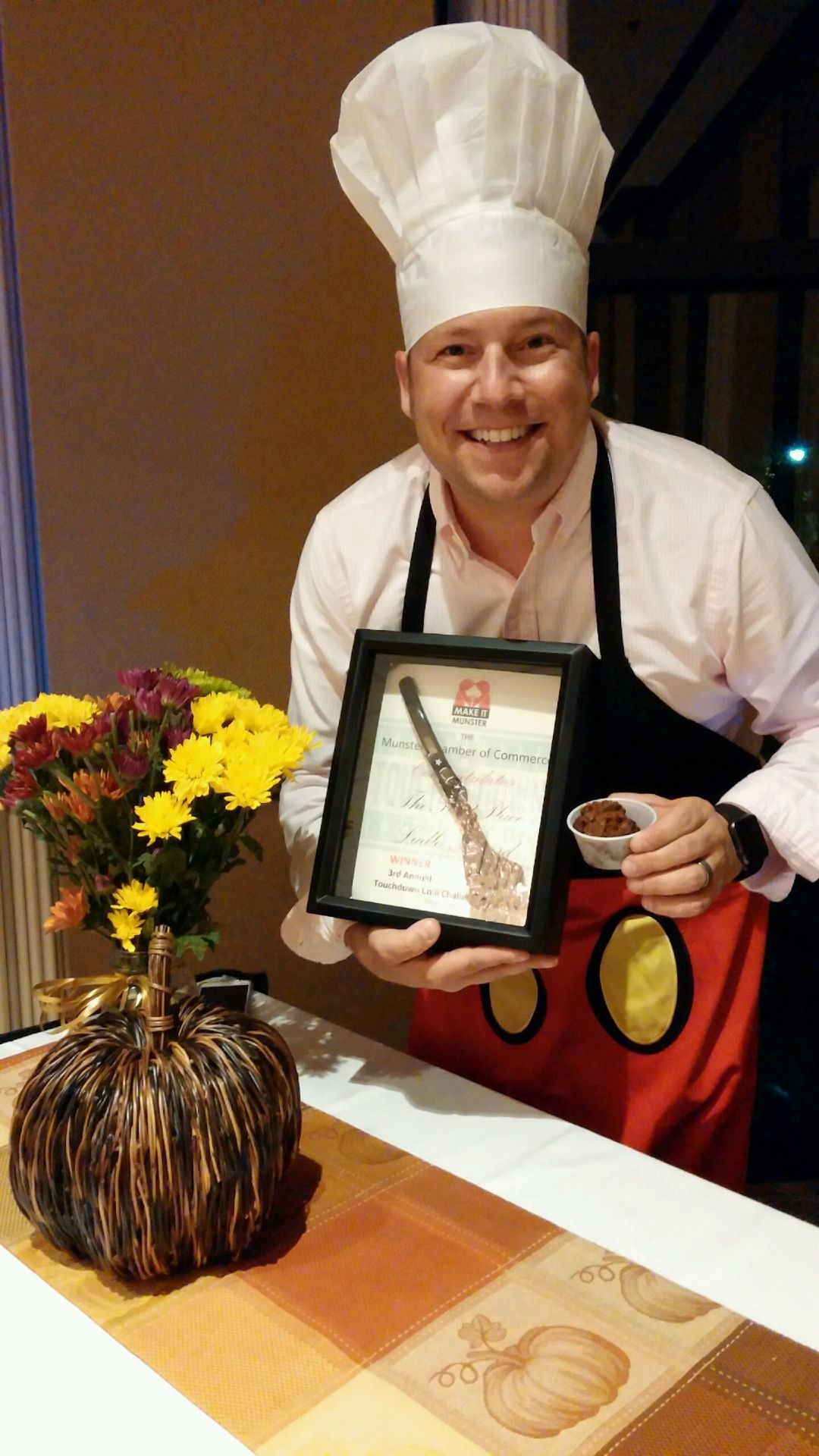 Jason Petrungaro was the winner of The Munster Chamber of Commerce's Touchdown Chili Challenge. 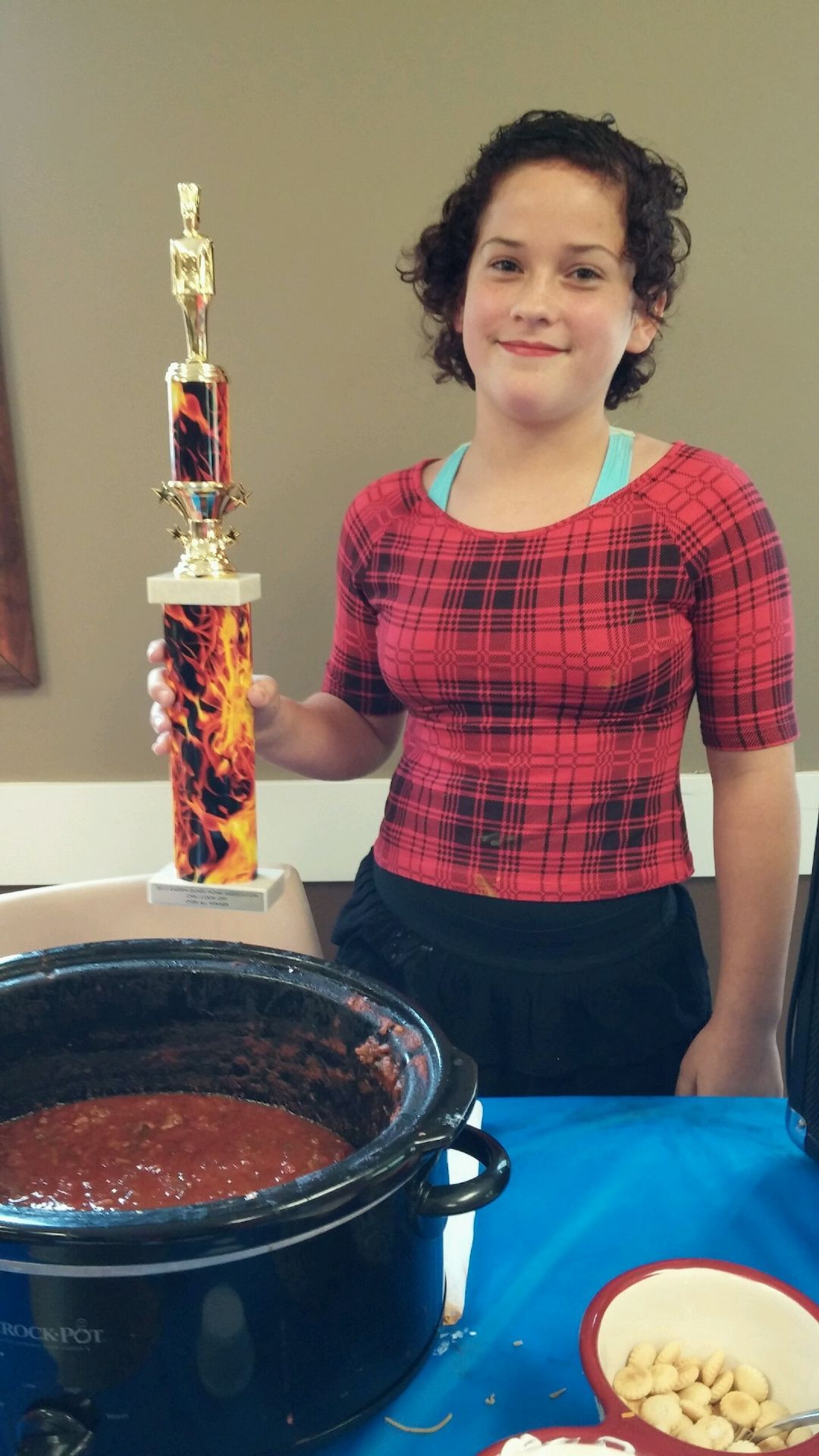 As the cold temperatures start to descend on the Midwest, thoughts begin to turn to hearty, comfort food.

What better meal to bring to the fall table than a piping hot bowl of chili. There are countless variations of chili recipes to serve for a nightly dinner or to party guests. Whether your favorite food fans like spicy ingredients, healthy veggies or various meats thrown into the mix, chili recipes run the gamut.

During the fall, chili often shows up on outdoor festival menus, at tailgating gatherings and in competitions.

Throughout Northwest Indiana, there are various chili competitions for home cooks to enter every year. Recently, this writer helped judge the Ogden Dunes Home Association Cook-Off and the Munster Chamber of Commerce's Touchdown Chili Challenge.

"I was thrilled to hear I won," said Jason Petrungaro, who took first place in the Munster Chamber's competition at The Visual and Performing Arts Center.

Petrungaro, a plastic surgeon with Petrungaro Plastic Surgery in Munster, said he always thought he made a pretty good chili but never thought the masses would rate his as tops.

While Petrungaro's actual winning recipe is under wraps, the doctor said he put a southwestern spin on his chili.

"I use black beans, a lot of diced chili, diced onions and diced tomatoes," he said, about some of the ingredients he packs into his recipe.

Petrungaro agrees chili is a food one can really get creative with and home cooks can blend almost anything they'd like in their concoctions.

Camille Burkhart, who took top honors for best chili in the Ogden Dunes Home Association Cook-Off, said this was the first time she made the recipe. The 11-year-old food fan is no stranger to the kitchen craft.

"I cook a lot," Burkhart said. "I tried this recipe for the first time. I saw it on Pinterest and it was called The World's Best Chili."

Burkhart said she experimented a bit with it and tinkered with the spices to put her own touch on it.

Burkhart is the daughter of Jeny and Aaron Burkhart, of Ogden Dunes. Her parents said their daughter is a cook and a crafter and comes up with creative ideas on her own.

DIRECTIONS: Brown the ground beef in a large skillet. Spoon out the cooked beef with a slotted spoon into a separate bowl and set aside. Drain out most of the grease, but don't clean the pan. Leave the bits of beef that still may be stuck in the pan.

Return to heat, add the oil to the pan. Next toss in the onion, green pepper, jalapeño, garlic, and parsley. Cook till tender, about 5 minutes. Remove pan from heat and stir in the chili powder, cumin, sugar, oregano, salt, pepper, and cayenne.

In a slow cooker, add the browned ground beef, the tomato juice, diced tomatoes, tomato sauce, kidney and pinto beans. Stir in the pan full of spiced and sautéed onions and peppers. Cover and cook on low for 7-8 hours, stirring occasionally.

Serve with shredded cheddar cheese, sour cream and oyster crackers. Or serve without for a gluten and dairy free meal.

*Note: all organic, non-gmo ingredients were used for the cook-off chili, however this is optional.

From porkbeinspired.com and the National Pork Board

DIRECTIONS: In a large saucepan or small stockpot over medium heat, cook the bacon, stirring occasionally, until crisp, 8 to 10 minutes. Use a slotted spoon to transfer the bacon to a paper towel-lined plate and set aside.

Stir in the beans and about 2/3 of the bacon and cook, stirring occasionally, until heated through, about 10 minutes. Add salt to taste. Serve the chili garnished with the remaining bacon and the sour cream and scallions, if using. Serves 6

From porkbeinspired.com and the National Pork Board

Online Cookbook: Recipes featured in The Times in 2015

This online cookbook features recipes that have appeared in The Times in 2015. Bon appetit!

Pumpkins can be used to make smoothies, pies, breads, more

Now with Halloween approaching, patches of pumpkins await their moment of glory when they’ll be scooped up (and scooped out) and transformed i…

Jason Petrungaro was the winner of The Munster Chamber of Commerce's Touchdown Chili Challenge.