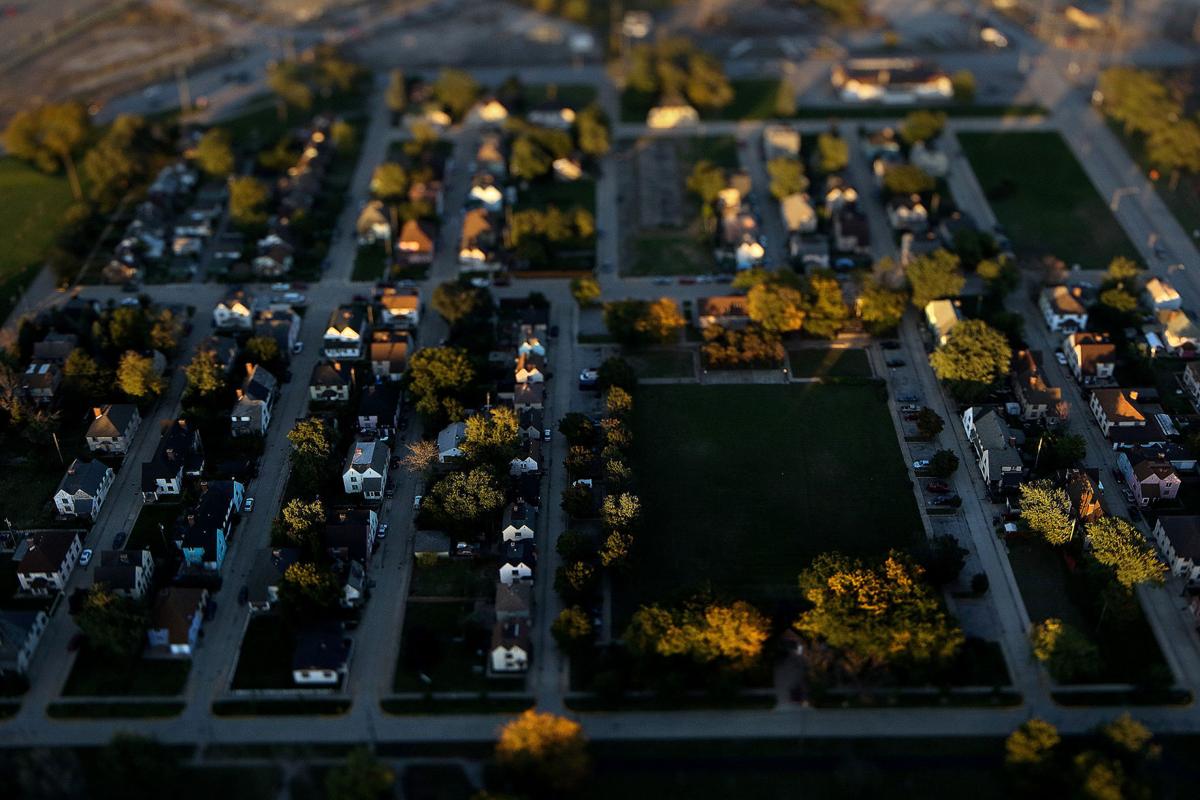 An aerial view of the Marktown neighborhood in East Chicago. 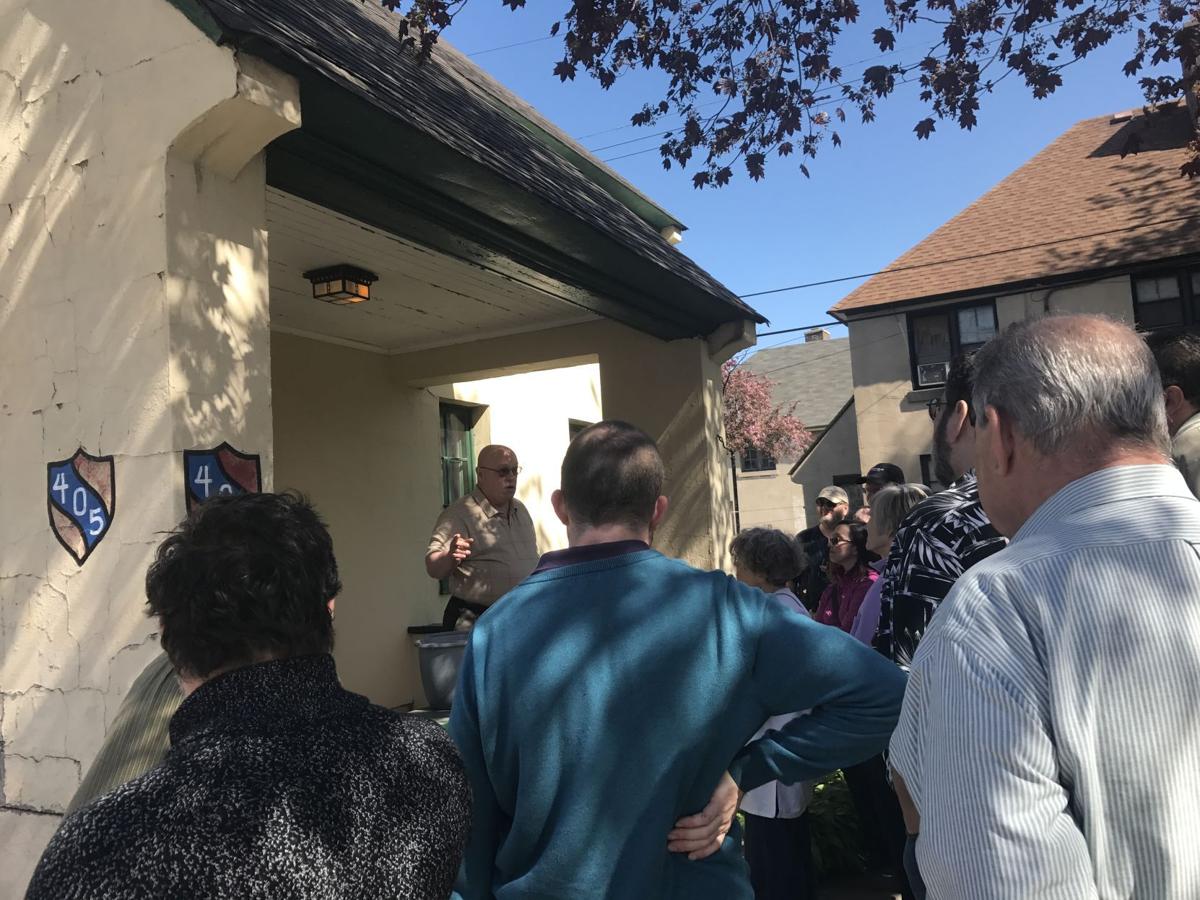 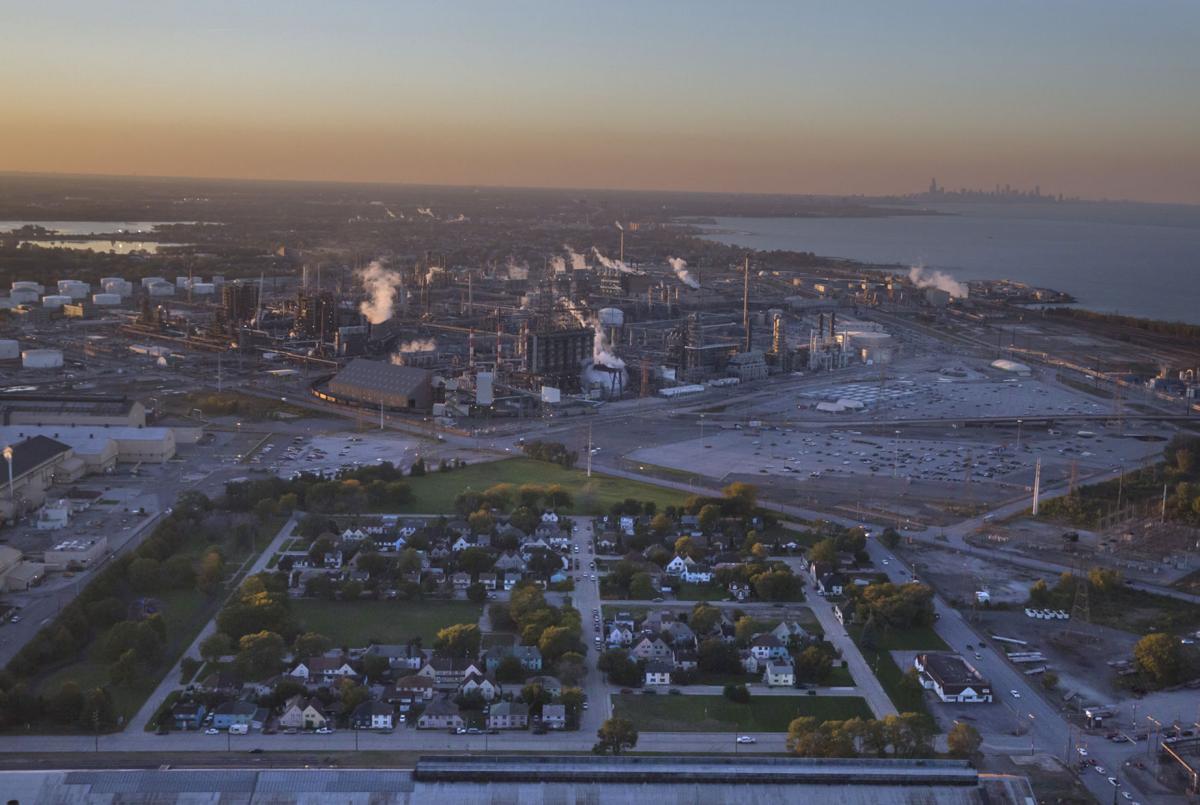 The orderly streets of Marktown and bordering parkland, in East Chicago, are shown from the southeast, with the sprawling BP Whiting refinery behind it. 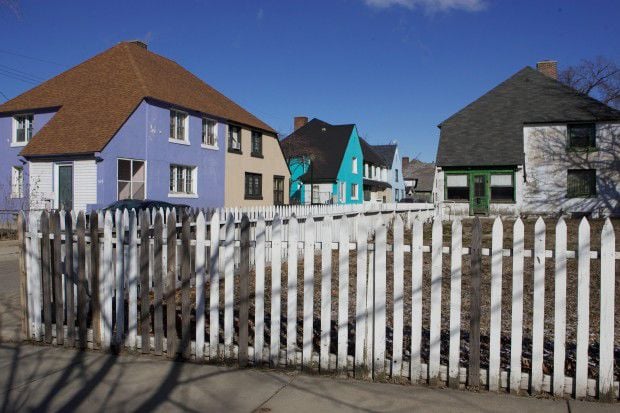 Placed on the National Register of Historic Places in 1975, the neighborhood of Marktown is fiercely loved by its small diverse community of residents. 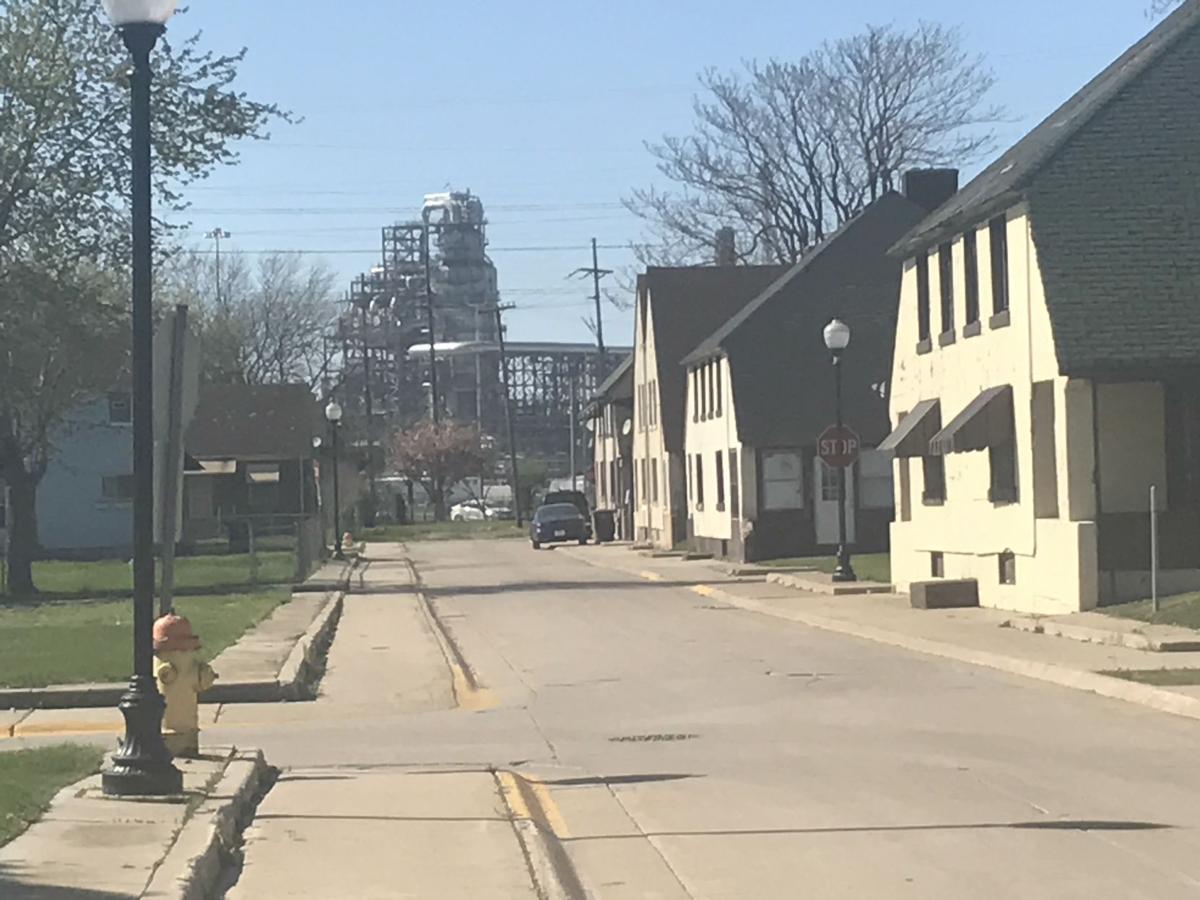 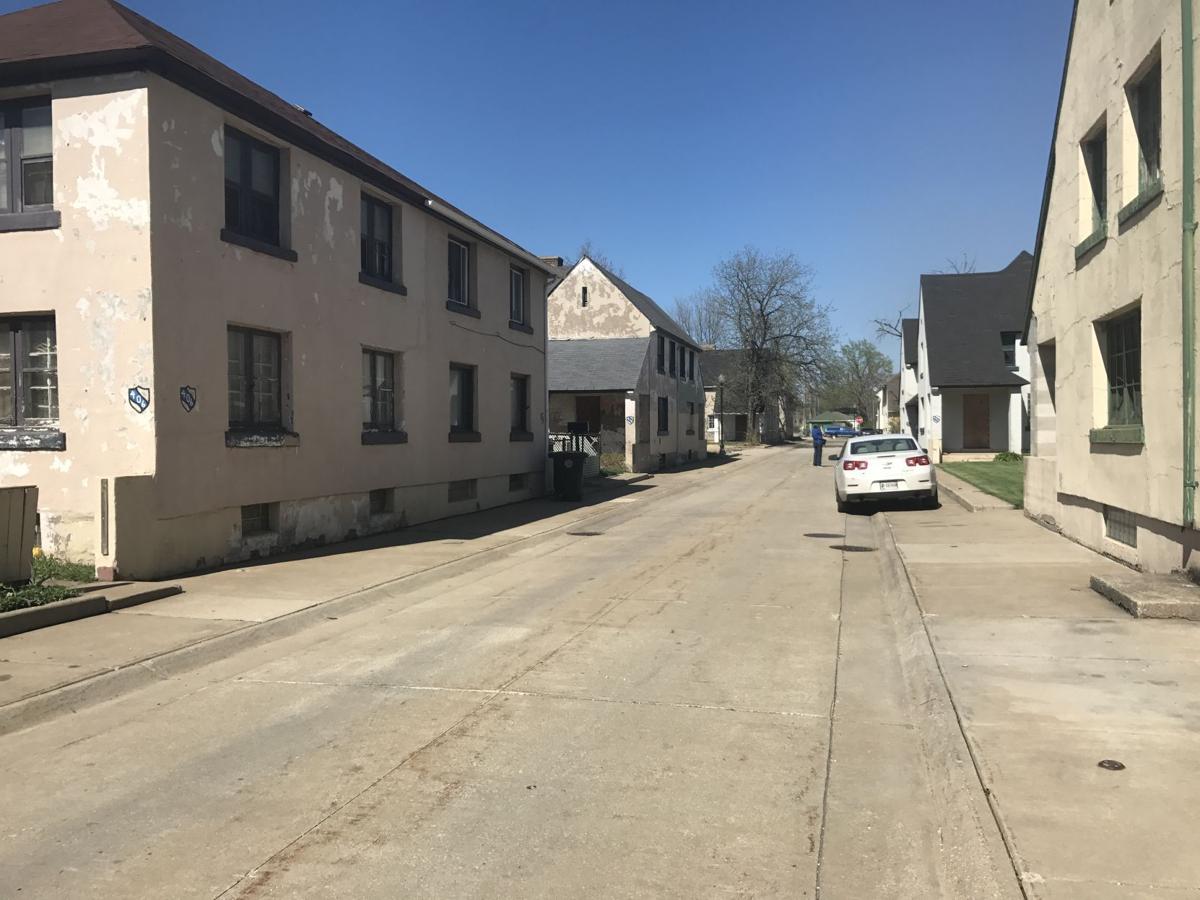 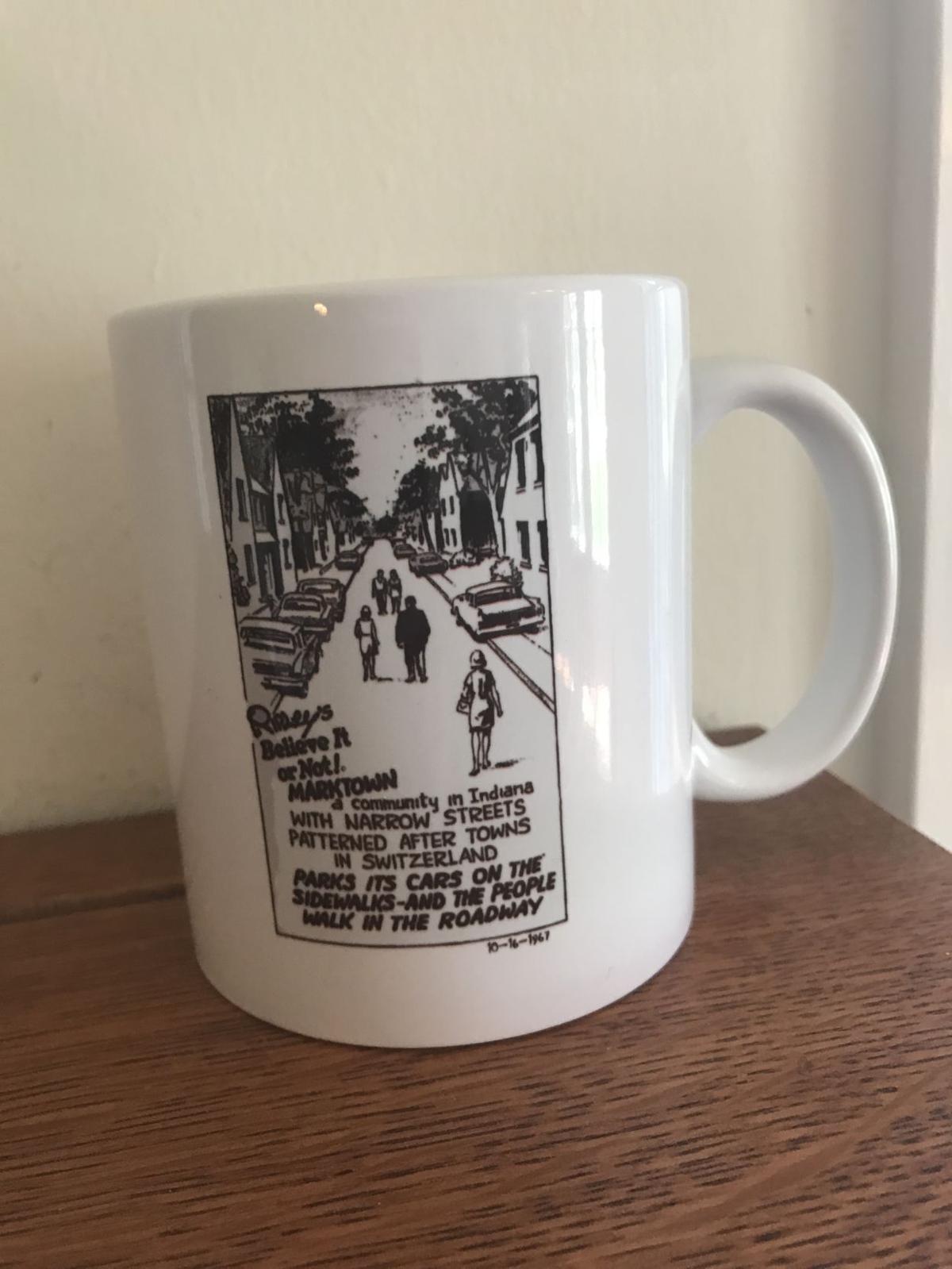 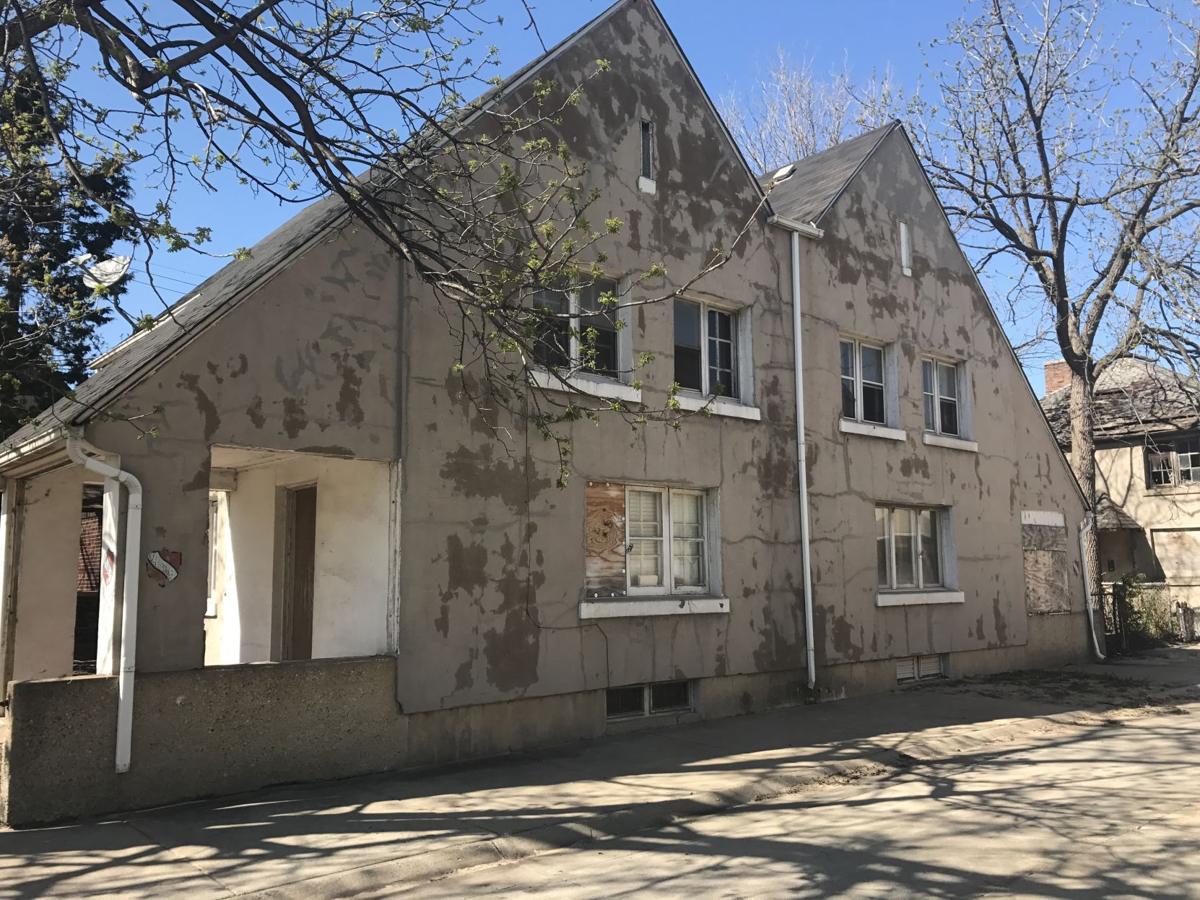 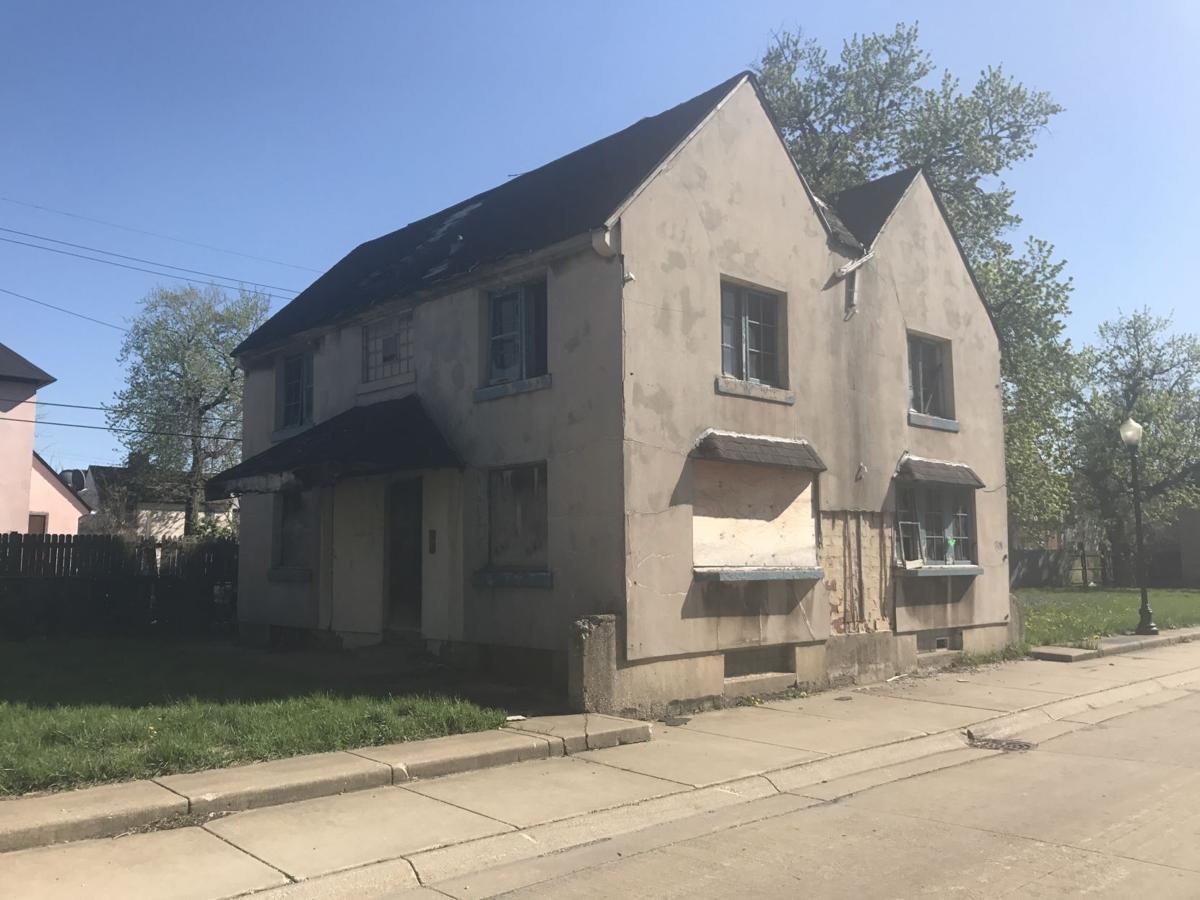 An aerial view of the Marktown neighborhood in East Chicago.

The orderly streets of Marktown and bordering parkland, in East Chicago, are shown from the southeast, with the sprawling BP Whiting refinery behind it.

Placed on the National Register of Historic Places in 1975, the neighborhood of Marktown is fiercely loved by its small diverse community of residents.

EAST CHICAGO — The city’s historic Marktown neighborhood turned 100 this year, and the community is going to celebrate with a bash for the ages.

An architectural tour of the planned worker community designed by the famed architect Howard Van Doren Shaw, a leader in the American Craftsman movement who designed buildings at the University of Chicago, the University of Illinois and along Lake Shore Drive, will take place at 11 a.m. that day. The walking tour is open to the public.

Attendees can buy illustrations of the neighborhood that’s listed on the National Register of Historic Places, including a South Shore Line posters and the official "Ripley’s Believe It or Not" poster.

Industrialist Clayton Mark built the Swiss village replica neighborhood in 1917 to house his workers at the nearby steel mill in Indiana Harbor. The bucolic enclave was famed for having pitched gabled roofs and roads so narrow that residents parked on the sidewalks and walked in the streets. It’s an isolated residential island in the middle of some of the heaviest industry in the world — surrounded as it is by the BP Whiting Refinery, ArcelorMittal Indiana Harbor and U.S. Steel’s East Chicago Tin Plant.

In recent years, the Progressive Era-planned worker community has faced an uncertain future. Some homes have been boarded up for so long they still have campaign signs in the window for the late longtime Mayor Robert Pastrick, who was voted out in 2004. BP has bought and demolished several properties, including the hotel where itinerants stayed after first getting hired on by the Mark Manufacturing Co.

Marktown Preservation Society President Paul Myers has been spearheading the Centennial celebration, which will include an exhibit called “Marktown — The First 100 Years.”

“It will consist of about 70 printed items covering news articles and hundreds of photographs of Marktown and the people who have made this their home,” he wrote on Facebook. “Trust me when I say that it will fill the Marktown Community Center. For those of you who moved away decades ago it will bring back memories of times and places in Marktown long forgotten. For those of you who still live here or moved away more recently it will be highly educational.”

All this year, Myers has hosted various tours of the historic neighborhood, including from the Steelworkers Pilgrimage Cycling Tour in April and the Chicago Chapter of the Society of Architectural Historians in June.

Myers also has been sharing memories, historic artifacts and pictures by the acclaimed photographer Tom Hocker on the Marktown 100 Year Celebration Facebook page, which he said he would continue as a public service after the anniversary celebration is over. It’s filled with tidbits such as that Marktown was once served by an electric streetcar out of Gary, that the American Legion band played a packed tribute to the Armed Forces there in 1942, or that the neighborhood once had its own schools.

He, for instance, pays tribute to Marktown native Luis Perez, who was killed by a landmine near Fallujah on his third day serving as a truck driver during Operation Iraqi Freedom.

He also dug up a paragraph by former East Chicago City Planner Richard Morrisroe, who completed the application to get Marktown listed on the National Register of Historic Places during the 1970s.

“Marktown presents a living lesson in history and culture from the pioneer growth period of the Calumet Region,” Morrisroe wrote. “This Region, which is America’s industrial heartland, is quite young compared to other great regions of the nation. Sometimes in such areas the concern for history is lost. But here there is the unique opportunity to preserve the Marktown community as a living and unique landmark of genuine architectural and cultural significance of the Calumet Region, the state and the country. The Marktown area is an important cultural resource which should be restored to accurately present the intention of the original design.”

He hopes to stress the significance of preservation while leading the public on a walking tour Aug. 19.

“It's amazing that the people that take their time to come here for an architectural tour understand the importance of the design and potential of the Marktown Historic District,” he said.

Whiting refinery explosion seemed like 'end of the world'

WHITING | On an already hot morning during one of the hottest summers on record, shortly aft…

Could that be hellfire burning atop the refinery flare stacks?

The historic Marktown neighborhood is turning 100.

If you love the outdoors, there are few things more relaxing (and thrilling) than standing on a shore casting a line into the water and patien…

Gary police to crack down on distracted driving

If you're glued to your phone while driving in Gary next week, you might end up with a ticket.

The U.S. imported 3.4 million tons of steel last month, a decline of 11.5 percent as compared to June, according to preliminary Census Bureau data.

Local H to play in Highland

BP plans to launch an initial public offering, or IPO, for BP Midstream Partners, which would own the pipelines that bring oil to and ship ref…

SpringHill Suites by Marriott to open in Munster

A 99-room SpringHill Suites by Marriott opens next to Centennial Park in Munster on Thursday.

Gary is filled with architectural gems because founder U.S. Steel, then the most profitable corporation in the world, spared no expense when i…

Visitors can see inside abandoned buildings in Gary Preservation Tour

Last summer, scores of visitors from across the greater Chicago area flocked to downtown Gary to poke their heads in abandoned buildings and l…