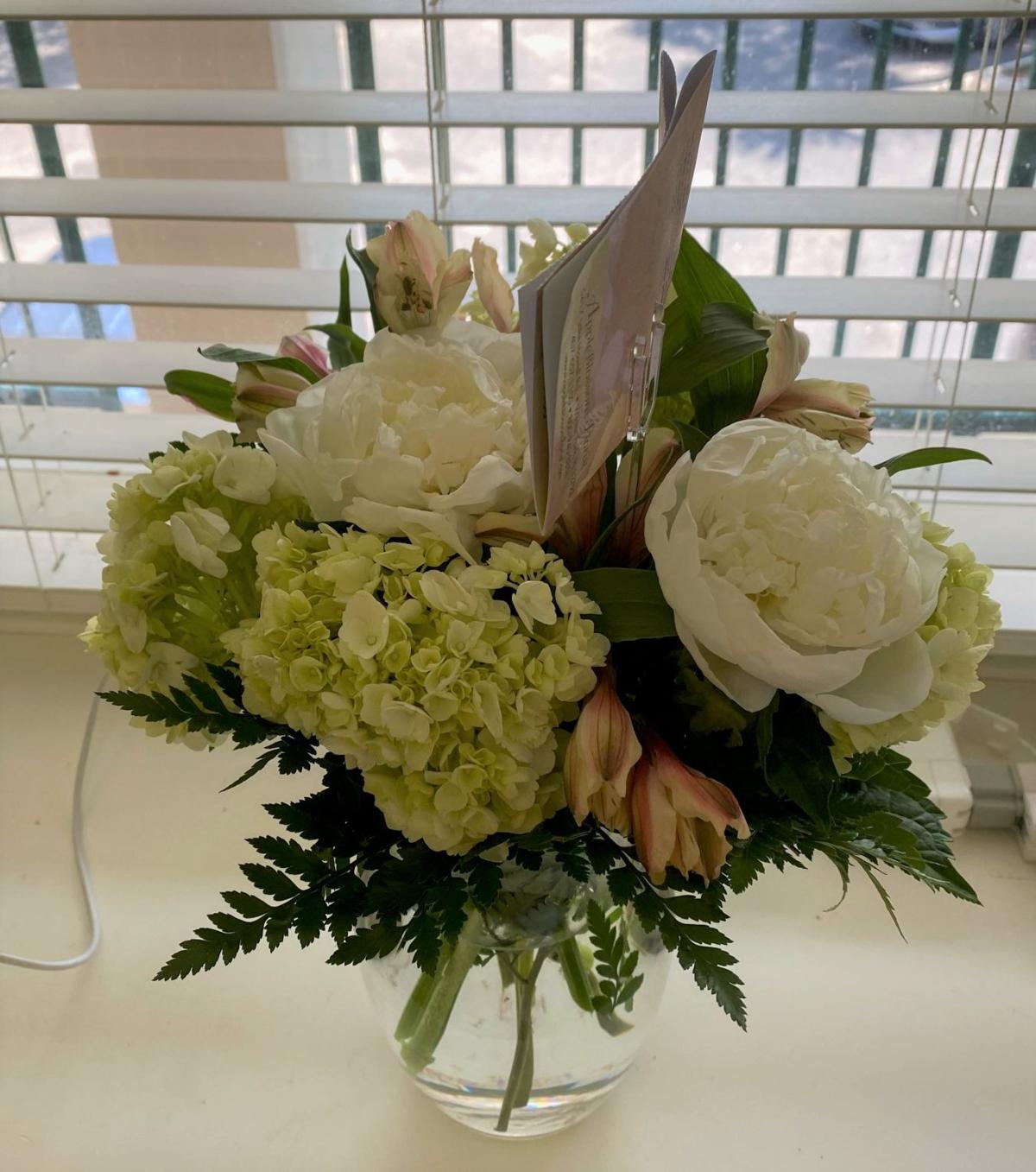 Which is the $60 bouquet? The florist bouquet on the left cost $60 before tax, including delivery ($12). The bouquet on the right cost under $20 from Trader Joe’s, not including the container. 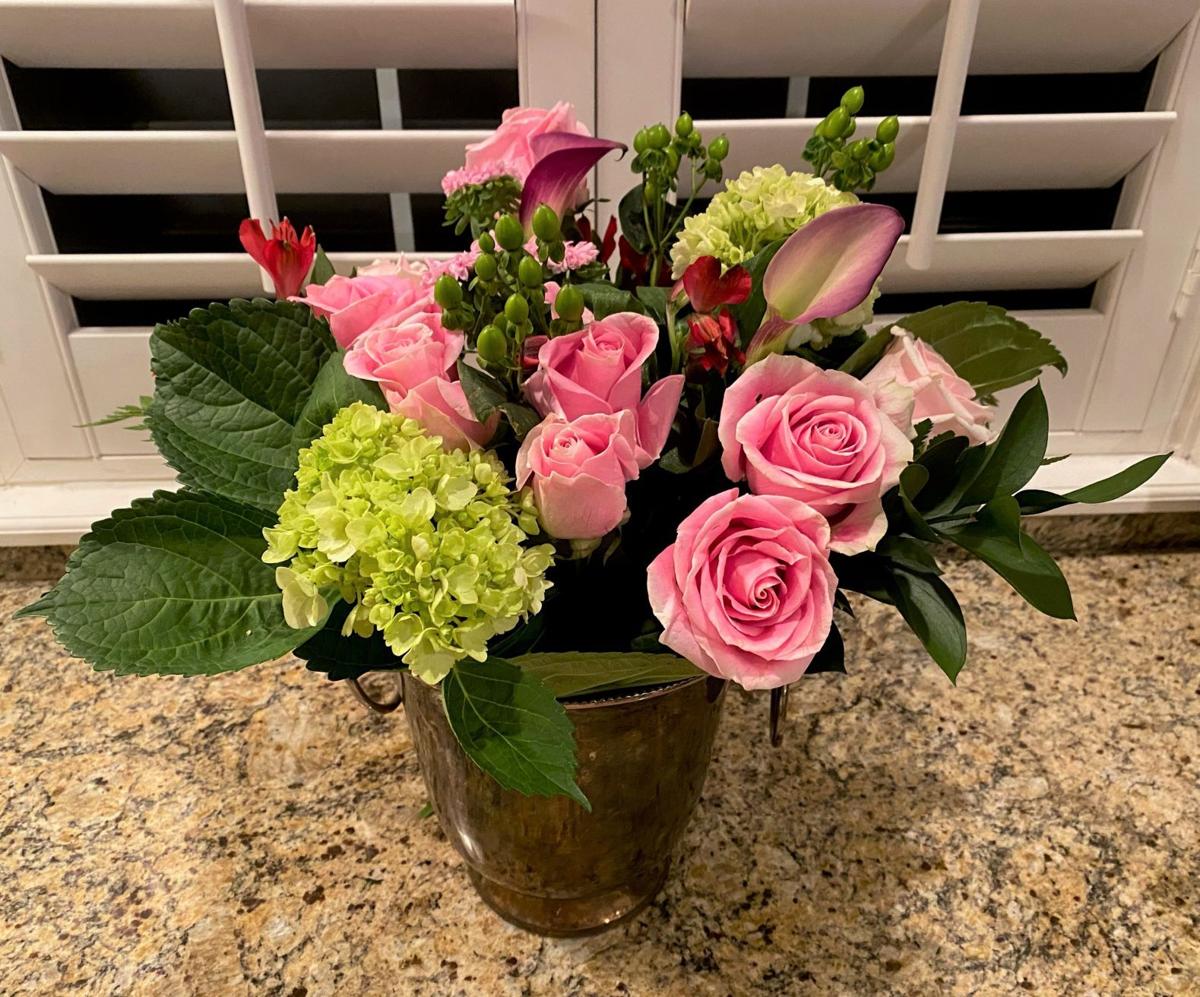 I don’t have any advice this week. Rather, I clearly need some. Twice in the past few months I have ordered flowers from a florist. Twice I have been disappointed. Once I didn’t get the flowers I ordered. The other time, I didn’t get what I paid for, in my opinion.

Am I doing something wrong, or is the florist to blame? I needed to know. So I got some professional help, which Lord knows I should do more often. I called three floral industry insiders to get the dirt.

Juan Palacio owns BloomsyBox, an online subscription flower service he started in 2015. A Columbia Colombia native, Palacio moved to Miami 24 years ago, when he was 21, and started selling flowers imported from his native country to Miami Hotels. Today, he ships more than 100,000 BloomsyBoxes of fresh-cut flowers a month.

Farbod Shoraka is CEO and co-founder of BloomNation, a 10-year-old company that connects consumers directly to approved florists nationwide then gets out of the way to let them work together. A former mergers and acquisitions executive, Shoraka, of Santa Monica, California, had a client in the flower industry and an aunt who was a florist. “I saw the struggles, and a light bulb went off on how to fix it.”

Sally Kobylinksi Kobylinski co-owns with her husband In Bloom Florist, a large Orlando area flower shop they have owned for 31 years with two locations.

I had long conversations with each about value and expectations. I shared my saga.

My first disappointment occurred in February. I ordered flowers for my cousin’s funeral, which I could not attend due to COVID. The funeral home recommended two florists. I visited their websites, and chose one that featured a lovely arrangement called “Treasured and Beloved” that looked perfect. I called. I ordered. I paid $134.

What arrived was not what I ordered at all. “They used half as many stems, and cheap filler flowers, in this case chrysanthemums, which is the oldest trick, because they take up a lot of space,” Palacio said.

The second disappointment came a few weeks ago. I ordered a small arrangement for my assistant, who was graduating from college. I went to a local flower shop. I met the owner and her daughter, who works there. I met their dog. I tried to make a good impression.

We discussed what I wanted. Because they had lovely arrangements on their website for $60 and less, I suggested $60 as a price. I provided a vase, which they said would increase my flower budget by $5. Great. I asked if they had peonies. They were getting peonies in the next day. Perfect. They cost $7 a stem. Noted. I figured, using Marni math, that should cover four or five stems, plus a few background flowers.

The flowers arrived. My assistant was happy. I was not. The bouquet had only two peonies, four stems of mini green hydrangea, and alstroemeria, a cheap flower. I felt ripped off not only because of the number and caliber of flowers, but also because of the lack of design. I can put flowers in a vase.

In both cases, I called the florists. The first blamed the misrepresentation on the fact that Valentine’s Day was coming. (It was four days away.) She offered no other consideration. I left a two-star review. The second florist just said, “I’m sorry you were disappointed,” adding that Mother’s Day was that week.

My experts listened, then explained what was going on behind the scenes. Turns out, fault lies with florists, with consumers, and also with the industry overall. Starting today, I will share their insider knowledge in a three-part series tackling each group.

So sit down with a glass of your favorite libation, and learn alongside me. We start this week with eight petitions consumers want from florists:

Join me next week when we look at what consumers can do to get the flowers they want.

Syndicated columnist Marni Jameson is the author of five home and lifestyle books, including Downsizing the Family Home – What to Save, What to Let Go and the forthcoming Downsizing the Blended Home – When Two Households Become One (Sterling Publishing, Dec. 2019). You may reach her at www.marnijameson.com.

Pandemic stress is here to stay

Americans spend too much time doing admin tasks they hate

Americans spend too much time doing admin tasks they hate

Ways to reduce anxiety during pregnancy

Ways to reduce anxiety during pregnancy

While renters are typically prevented from “altering” a property, you still can spice up your space without upsetting the landlord. Here are some tips.

Here's how much to budget for common summer projects

Warmer months offer an ideal time for outdoor work. But many pros get booked quickly, so act fast on these summer home improvement projects.

At home with Marni Jameson: Floral arrangements 3 — Dirty secrets of a not-so-rosy business

When I first became a weekly columnist, an editor told me that if I didn’t get both love and hate mail from readers, I wasn’t doing my job.

Ask the Builder: How to clean algae off siding, roofs, patios

Ask any home inspector or realtor about what’s a turn off to home buyers when scouting a house to buy, and they’ll probably tell you any signs of neglect by the current owner. Water damage is a big one. The problem is often caused by water pooling around the foundation due to poor gutter drainage and that excess moisture can lead to a wet basement and damage to the foundation.

How to choose the best spray faucet for your kitchen

Many pull-down and pullout kitchen faucets have different spray head features from which to choose. Here are some options to consider.

Which is the $60 bouquet? The florist bouquet on the left cost $60 before tax, including delivery ($12). The bouquet on the right cost under $20 from Trader Joe’s, not including the container.