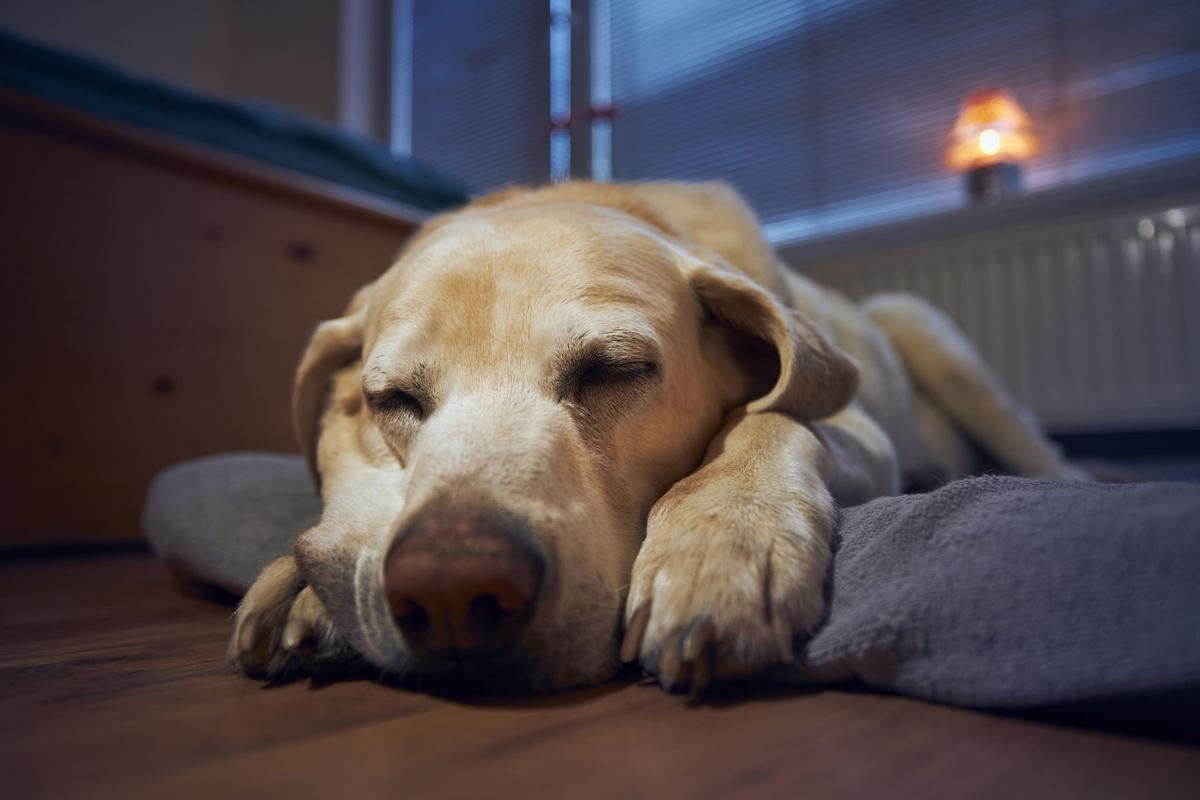 A soft bed, a nightlight and a quiet place to be alone are a few ways we can help older pets feel more comfortable at home. 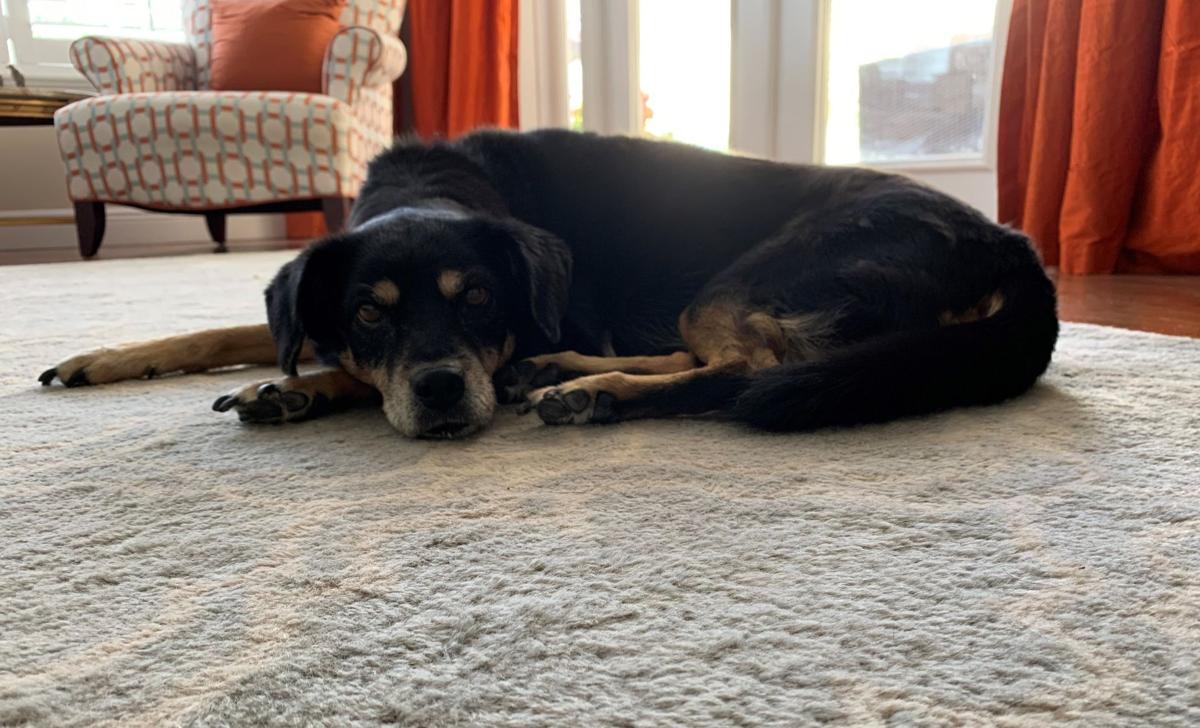 At age 3, Mya, a rat terrier mix, had been left at an animal shelter. Her owners deposited her there when she turned up pregnant. (Don’t get me started on whose fault that was.) Her six pups all found homes. But no one wanted a depressed, post-partum dog with a questionable past. That DC rescued her from a most certain death 10 years ago she has not forgotten.

Two years later, when DC lost his wife to cancer, Mya offered comfort and companionship, helped shoulder his grief, and got him out of the house.

Not surprisingly, when I came on the scene seven years ago, Mya had little use for me. I was the other woman, competing for her master’s time and attention. Eventually, after I tossed Mugsy, her favorite toy, 100 times, and supplied an ample flow of treats and belly rubs, she decided, just maybe, she could make a little room in the relationship for me.

Back then, Mya was athletic and alert. She could jump like LeBron James, and effortlessly catch (and release) lightning-fast lizards. A born watchdog, she supervised the house and inspired respectful fear in all trespassers. When her two younger pup brothers came along, she became a tolerant, if reluctant, older sister.

Today, at 13-plus years old, close to 80 in human years, Mya is slowing down. She eats less and sleeps more. She doesn’t see well, and her penchant for long walks exceeds her stamina. When she gets up from a nap, she’s stiff, and, like me, often forgets why she walked into a room.

DC and I talk often about what would make Mya happier or more comfortable at home. And I imagine, given that 67 percent of U.S. households have a pet, says the American Pet Products Association survey, similar conversations must be happening in homes across America.

Like humans, aging pets deal with arthritis, failing eyesight, hearing loss, incontinence, confusion and thinning hair. “While making modifications to accommodate an elderly relative is common, many folks don’t think about how they could make life at home easier on senior pets,” said Cynthia Thomas, a Florida-based veterinarian.

The most important step they can make is to pay attention to changes, Dr. Thomas said. “Owners often write off as old age a problem we can easily fix.”

A decreased appetite, for instance, may be due to decayed teeth. Incontinence may be due to a bladder infection. A bum knee may be a ligament tear. Once you treat what you can, then you can work to provide extra comfort and support for your senior cat or dog at home. Here are some ways she says you can do that:

Raise food and water bowls. Older dogs often have trouble bending to the floor to eat or drink. Setting their bowls on a shoebox, or an elevated pet feeder can relieve neck discomfort. Put cat bowls where cats can get to them without having to jump. Keep bowls in sight so you can monitor how much they eat and drink. Consider adding more water stations to make it easier for your pet to get fresh water.

Ramp it up. Like their humans, most dogs eventually get arthritis, which causes them to move a little slower, and with stiffness. If they once used to run up the stairs, or hop on the sofa or in the car, and now can’t, a ramp, or a set of shallow pet steps can help. If your cat loves to sit on the windowsill but can no longer make the leap, a cat ramp can help him enjoy his favorite perch again. A carpet stair runner or anti-slip treads on slippery stairs can make the trip up or down less harrowing. If your pet goes up, but won’t come down, a baby gate can help keep your dog or cat on one floor.

Eliminate slips. As pets lose their agility, slippery floors pose a challenge. While hard flooring is a plus when pets have accidents, aging dogs can slide on it. Rubber backed washable rugs or yoga mats can provide cushion and traction. Keeping pets’ nails trimmed can also help them get better traction on hard surfaces, while nightlights can help them find their way in the dark.

Help them “go.” A doggy door can offer quick relief for a dog who wants to get outside faster than if he waits for you. For older cats, a litter box with a lower opening is easier for them to get in and out of. Place it near their main bed, but not too close.

Make the yard safe. Homes with dogs should have fenced yards. Beware that small breeds might be able to slip through slats. Pools are also a hazard for dogs, Thomas said, though less so for cats who are leery of water. Even for dogs who know their yards, if they become confused, or can’t see, they can walk right into it. So watch them.

Do a temperature check. Dogs’ coats thin with age, so they can get colder. Keep your home a comfortable temperature all year. If you’re comfortable, your pet probably is, too. In colder months, add blankets to your pet’s bed, but don’t use a heating pad, Thomas warns. “They can result in terrible burns.”

Upgrade the bedding. Orthopedic pet beds are available that have foam that takes pressure off old joints. Consider adding a few sleep stations around the house, so your pets can be comfortable where you are.

Create a routine. All pets like routine, but especially senior pets. Also minimize changes around the house, like rearranging furniture, which can be disorienting. Respect their down time. As pets get older, they often like to go off by themselves and sleep more, Thomas said. That’s normal.

Join me next week as a top animal behaviorist offers home tips to discourage unwanted pet behaviors, and encourage better ones.

Syndicated columnist Marni Jameson is the author of five home and lifestyle books, including Downsizing the Family Home – What to Save, What to Let Go and the forthcoming Downsizing the Blended Home – When Two Households Become One (Sterling Publishing, Dec. 2019). You may reach her at www.marnijameson.com.

Five of the fastest dog breeds on the planet

Five of the fastest dog breeds on the planet

How to choose the best spray faucet for your kitchen

Many pull-down and pullout kitchen faucets have different spray head features from which to choose. Here are some options to consider.

Here's how much to budget for common summer projects

Warmer months offer an ideal time for outdoor work. But many pros get booked quickly, so act fast on these summer home improvement projects.

At home with Marni Jameson: Floral arrangements 3 — Dirty secrets of a not-so-rosy business

When I first became a weekly columnist, an editor told me that if I didn’t get both love and hate mail from readers, I wasn’t doing my job.

Earth Talk: What is a 'pollinator lawn' and how can I make one?

Turning your own lawn into a pollinator or “bee” lawn can help restore the kinds of natural habitat no longer available to pollinators.

Q: I have a friend who purchased a home in 2019. He bought the home even though the home inspection found the property had a bad septic system.

Comfort height toilets: What to consider before getting one

Most comfort height toilets are about the same height as a standard dining room chair, commonly called "chair height."

A soft bed, a nightlight and a quiet place to be alone are a few ways we can help older pets feel more comfortable at home.